A few Montana deer from the other day

I hunted a ranch that allows hunters who ask but requires that they shoot a doe before being allowed to take a buck- they have a bit of a deer problem. Got a late start and me and a buddy walked out along a bench that looks down into a little creek bottom. I had 2 muley doe tags. Within a half hour I spotted a bunch of muleys down in the creek bottom and they were totally unaware. I got set up and ranged them at 322 yds. The wind was blowing a consistent 25 mph across. I sent the first 200 grain accubond sailing from the 300 RUM and nailed this doe. 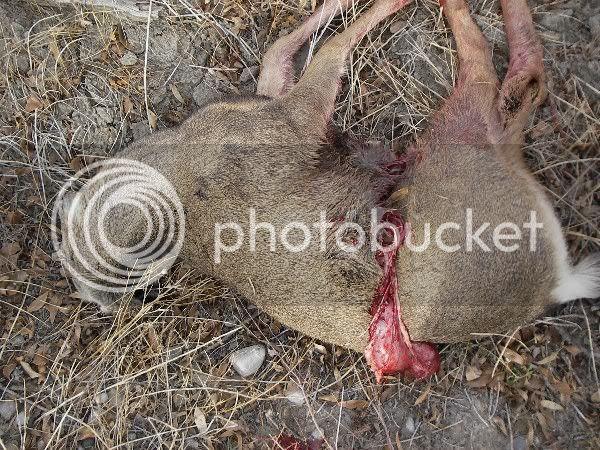 The deer didn't know what was going on though they ran a ways, luckily I still had one broadside at now 345 yds. I corrected for wind a little more on the second one, and hit it directly in the heart from 345! Awesome shot! When we got down there to them I could not believe the damage on the first one- hit a little back- most of the insides were on the outside. That Accubond blew a hole about 15" long and the stomach and intestines, liver and other parts were already on the ground.

We got them hauled out and then set out to kill some bucks. I glassed some good muley bucks but I couldn't shoot them because I have a muley tag in another district, so I was limited to whitetail. After seeing about 30 whitetail, and mostly scrubby bucks I had an opportunity at this one- shot him from 100 yds or so, and he is nothing great. I thought he was a lot bigger when I pulled the trigger but he's still one of the biggest bucks I've seen this year. I could have given it another day but I really wanted to get it over with so I can try and kill a bull before the season ends. 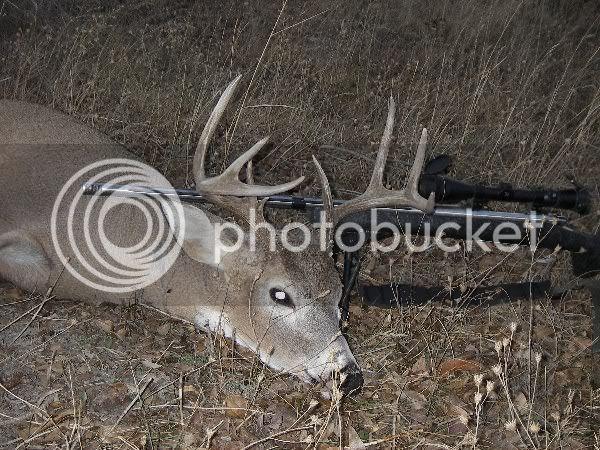 Had never taken three in one day before.

Here are a few more hunting pics from the season. 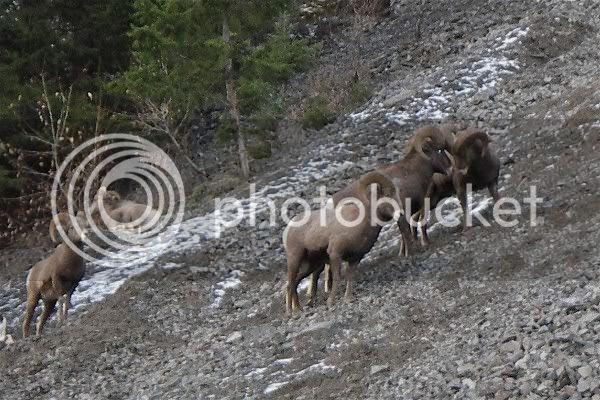 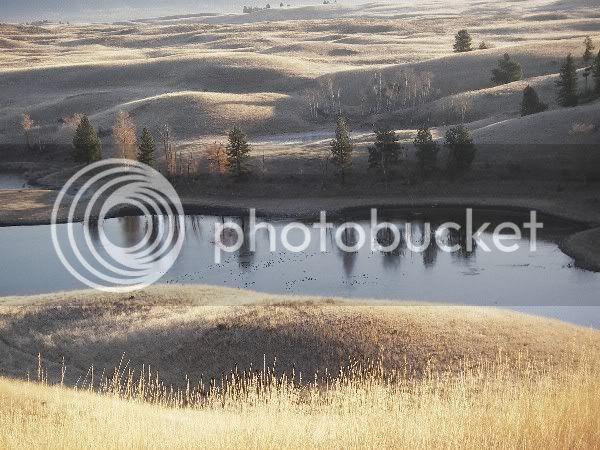 Tough times. Note the complete lack of snow and the shirtsleeve weather. This has been a bummer weather wise. This is a cool spot with some long shot potential- wish some elk would have wandered in there.
K

Nice job, Troutslayer. What are the specs on your rifle? Sendero? What muzzle brake?
S

Congrats, that's one heck of a day! Decent buck too.
T

That is a Sendero II. 300RUM. Defensive Edge Brake installed by the man himself since I was living nearby. Leopold 4.5-14. Trigger job on it and that is all. Have about 150 rounds through it and it has really settled down (it was about 1MOA out of the box). Now it's about .5MOA at 200 when I am doing everything right- it might be the practice and increasing reloading abilities. I have been very pleased with it, even taken a liking to the stock which I didn't like at first.

Great write up and excellent pics. All the ducks on the pond would have had me all fired up, not to mention the deer.
H

Congrats for the buck, he is nice, not a monster throphy buck, but really nice.
The pictures are just great, very nice. Enjoyed reading your thread and watching the pictures.
Thanks for sharing.
M

Great write up and pics Troutslayer... don't know about you guys over that way, but around Bozeman here we got about 2ft + of snow last wed/thur. Georgetown Lake was freezing over ealier last week. You guys must be in the bananna belt.
1