Finally getting caught up, so I figured I would share some pictures. My brother and I went to Montana during the week of Thanksgiving. The muley rut was pretty much in full swing in the area we hunt. Spent a couple days looking over a ton of deer and trying to find the one we wanted....we found him late one afternoon.... We decided we would locate him the next morning and take him. Driving in the next morning, there were bucks everywhere, including a 26" wide heavy 4x5 with a kicker. We took some pics of him chasing his does along the road and continued on. We had a family friend coming in the next day and figured he could take him. We started hiking up the ridge when some locals showed up.....they walked up by where the 4x5 was and started shooting, then they left. We thought hmmmm, 5 shots and no deer? When we got to the top of the ridge, I spotted a large buck running across the opposite hill....we thought it was our big buck and we hurried around the ridge. What we found was a hillside of bucks and does tucked back in a little coulee area. (Missouri breaks country hides a ton of deer). We found the buck bedded watching over some does and got the spotter on him. We knew that it was the 4x5 from the morning as soon as we looked at him in the glass, and decided to keep looking....until he stood up. When he stood and started walking I noticed a limp...after carefull examination, we noticed blood on his leg and brisket. The locals had hit him in the leg, and it went through the bottom of his brisket and out the other leg.....not mortal, but he would have died of infection. We decided it the right thing to do was to take him. He walked on a ridgeline that skylined him for awhile and then dipped down into a ravine and bedded quartering away. Now at 720yds on a calm day, I felt confident enough to be able to make that shot.....problem was, we had variable winds 13-20mph. After about 40minutes, he stood up and started chasing does again. We ranged him at 705 yds and I setup the Edge, dialed up 13.25 moa and waited for him to stop. He took at couple more steps, and was watching his does, the wind stabilized and I broke the shot. We misjudged the wind by about 1.5 moa and hit just in front of him, he continued to stand, I chambered another round, made the correction and sent another. The 300gr SMK hit true and he hit the ground and rolled to the bottom of the canyon. We were able to video the whole event and had a blast the entire week. 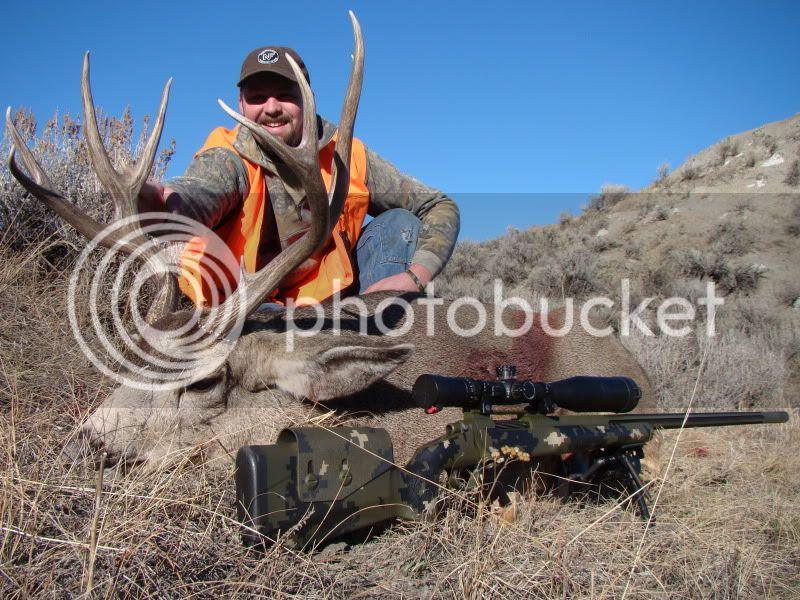 This is the exit hole from the 300gr SMK. I could put my fist through the wound channel on the inside. 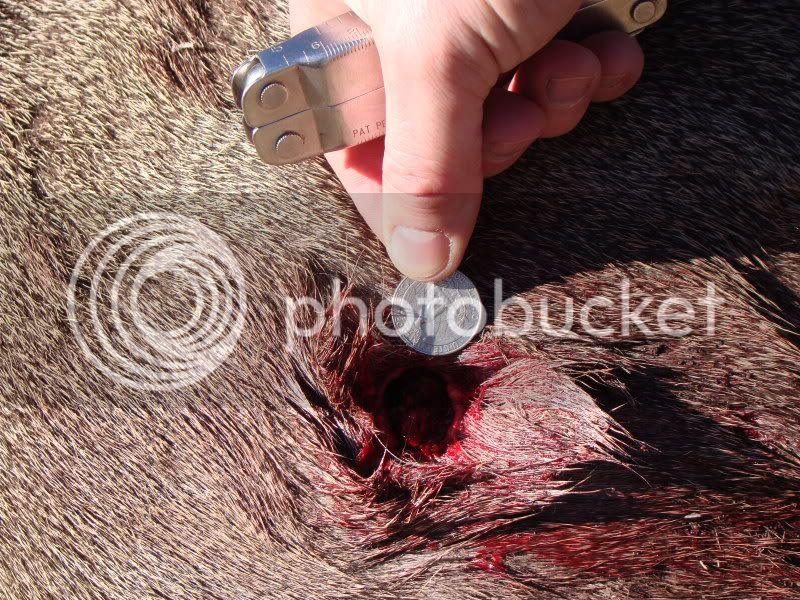 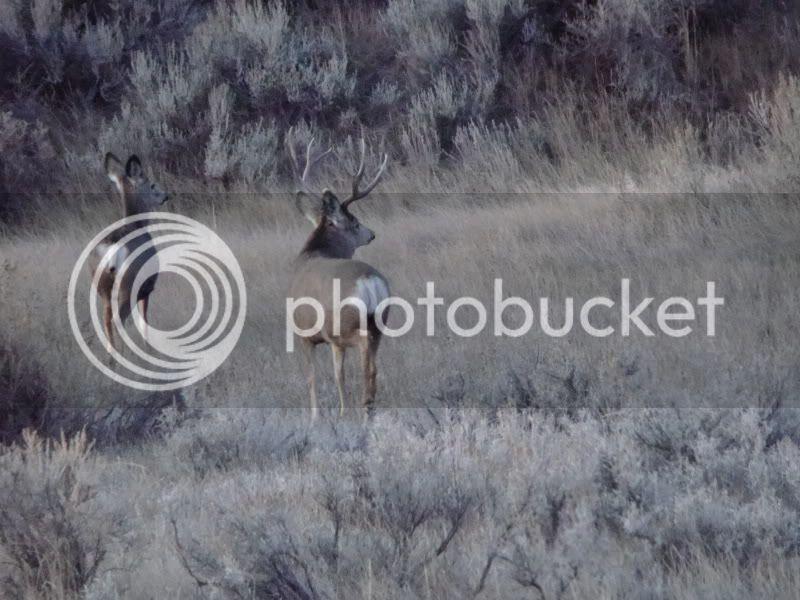 Congrats on an awesome shot and harvest ... thanks for sharing.

Nice story, thanks for sharing. Finishing that buck was a very well done thing. Great shot. Enjoyed the pics and the story, congrats for the buck. Post the video, that is always lots of fun.

Nicely done.... Shooting a wounded deer, although maybe not the one you wanted, you are more than welcome at my camp anytime.

Travis,
Didn't realize how big he was when you described him on the phone. Nice buck!
Congrats.
JIM
F

Nice job , and to bad you could not find " the locals" and tell them you finished what they started..
T

The locals that wounded him live just up the road from my home there. We looked for them a couple of times, but they were never home. I will have to show them pictures on the next trip over. Kinda sad that they never even followed up to see if they had hit him.

Good write up and pics. I take it the other hunters didn't follow up on their shots. Very unfortunate.... Glad you took care of it, and not a bad buck at all. I would gladly hang him on my wall.