surgeon260 said:
Do they use Norma mag parent case?
Click to expand...

Yes it does with H1000. I haven’t tried any other powder with this bullet yet.

Rhovee said:
They are impressive. I was just thinking if you had one die that you could change bushing out of for. I do that for my 338 and 300 NMI. Didn’t know if Travis designed them with same head space and and body taper.
Click to expand...

We talked about making the 338 RBH the same taper and head space just for the reason you stated and a little more case room.

Not saying you can't safely hit 2850 with H1000 in a shorter barrel, just providing another data point.

Here is what my fireformed case looks like for comparison: 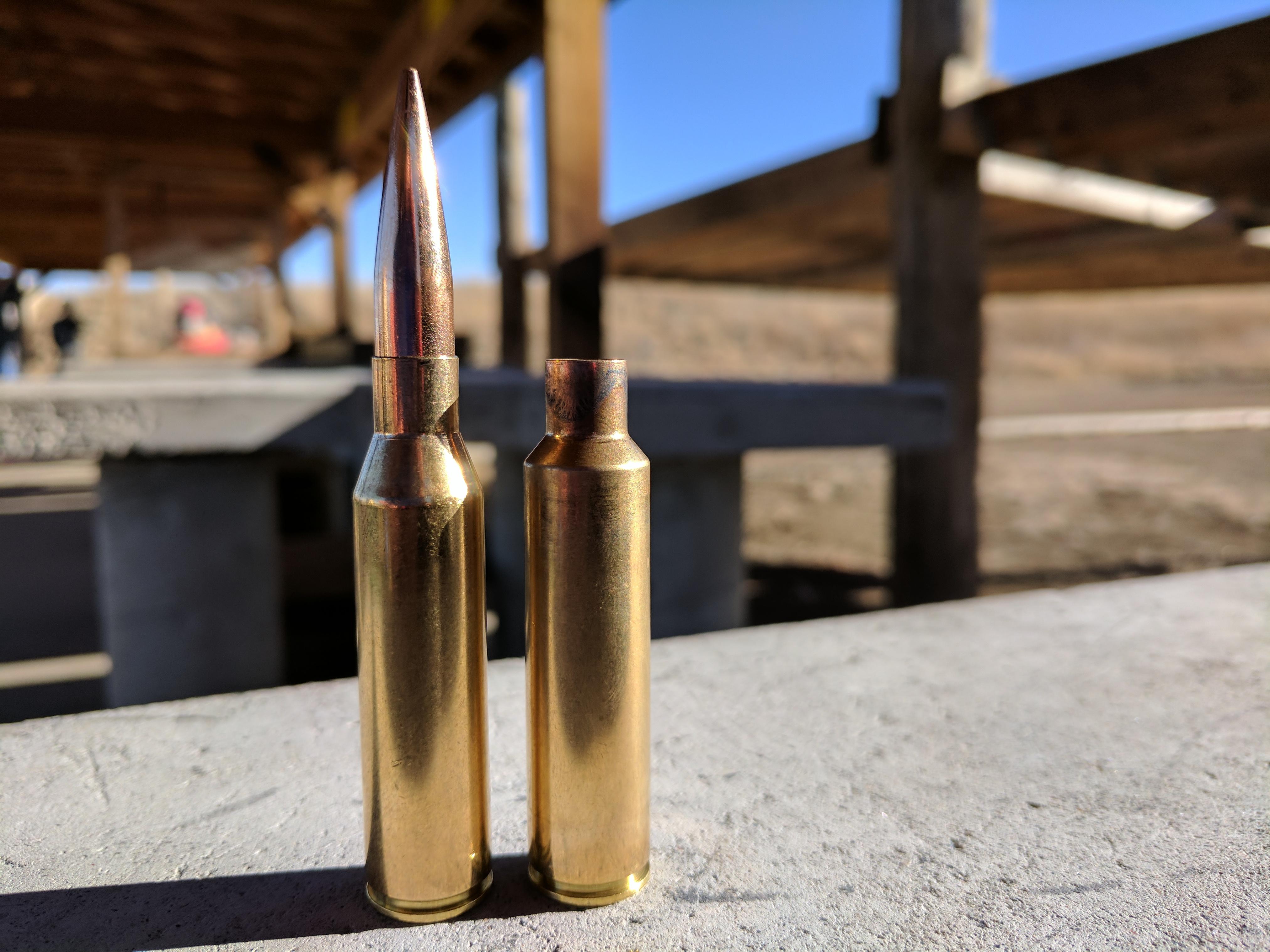 I have the 300 RBH and Travis has designed a great round and builds one hell of a rifle. The numbers in the first post are not inflated for each caliber, if anything there a little conservative. I'm getting 3160 fps with 230 grain Berger's and the rifle is easy to shoot, recoil feels just like a 300 WM Ridgeline with side discharge brake that I'm breaking in for a friend. My rifle weights 9.778 lbs. I would recommend anybody that likes to push heavy pills at good velocity's and have the round fit in the mag box with 3 down and 1 in the pipe to get on Travis's list.

What would you say the advantage is with this cartridge over a 338 edge?
S

Fits into a magazine. Better brass (Lapua).
B

What would you say the advantage is with this cartridge over a 338 edge?
Click to expand...

I don't know the 338 edge but just looking at the numbers from both Rbros and Defensive edge websites it takes a 30" barrel to get the same velocity as the RBH with 24"-26" barrel with 300 grain Berger's.

My edge fits in the Wyatt's extended box with 300 Berger. I also have ADG brass. Every bit as good if not better than lapua. The biggest benefit I noticed was the velocity out of a 24" pipe. Makes a huge difference when packing in 8 miles on horseback or pack hunt.

elk guide 45 said:
My edge fits in the Wyatt's extended box with 300 Berger. I also have ADG brass. Every bit as good if not better than lapua. The biggest benefit I noticed was the velocity out of a 24" pipe. Makes a huge difference when packing in 8 miles on horseback or pack hunt.
Click to expand...

I had a 338 edge for a few years. That 30” barrel got to be a PIA. Also the weight that goes with that barrel was a decision maker for me. It started me on this endeavor 10+ years ago to find a better cartridge and rifle combo that is more hunter friendly but still has horsepower.

I asked the question because the numbers posted above are marginally (+-30 fps) different than my 26" barreled edge.
Trying to figure out the niche for the new cartridge.
S

The case is much shorter. It gives you many more magazine options (eg. AICS DBM), vs the Edge/RUM case which will be limited to a Wyatt's box. Performance wise it's pretty much a wash.
T

I designed the cartridges to be able to duplicate or exceed RUM/Edge performances, yet be able to keep them as a repeater with today's longer bullets. The 338 for example, I can run 300gr Bergers as a repeater easily and get just over 2900fps in a 26" barrel. In all the years of building 338 Edges (close to 200 of them), they will run 300's at around the 2900 mark in a 30" barrel, 2850ish in a 28" barrel and are under 2800 in a 26" barrel. That's not to say that there isn't rare fast barrel out there or guys are pushing things to get the speeds. I will be bringing out another 338 eventually that is based on the 7mm and 300 RBH case design. It will add a few more grains of case capacity bumping up the performance more.

The case capacity on the RBH cases is virtually identical to the RUM/Edge cases, yet a guy can utilize all the case capacity rather than having the bullet take up so much room. The numbers Robert mentioned in the beginning are not the max velocities. I have run my 300 RBH up to just over 3300 with 230's before hitting pressure in a 26" barrel. My personal rifle runs 3198fps with an ES of 4 with the 230 OTM out of a 26" Proof carbon barrel. I'm on my 6th firing on the brass and primer pockets are still like new. The 7's we ran 180's up to 3450 before hitting pressure signs. Problem is, these light rifles are violent and hard to shoot at those speeds, that is why we have them throttled back. Much easier to shoot and easier on components. If anyone has any questions they can email me at [email protected] since I don't get on the forums much.
You must log in or register to reply here.
Share:
Reddit Pinterest Tumblr WhatsApp Email Link