The Good The Bad and The Ugly About Yor 6.5 Sherman Short

Ok it's like this. I have been working on a number of builds getting information together so I can order reamers and parts a little at a time. Two of the builds I am considering are a carry rifle in 6.5 SS and a XP-100 Specialty Pistol in 6.5 SS. I am at the point I need to commit to the builds so I can pre-order some of the ADG brass and look at ordering dies. Both are a considerable cost so I need to be sure of the builds. Also my hunting buddy is considering doing the same and I don't want to lead him astray. So I would like all the 6.5 SS shooters out there to tell me about their builds, actual velocities with various bullet weights, anything they would have done differently, what they love about the cartridge and anything they do not. if you don't feel comfortable sharing it publicly feel free to PM me. Just want to have all the real world facts before I pull the trigger on this. I only get access to a computer every other day but I will be checking in.

I'm running a carbon fiber proof research 26" 1 in 8".
I run a mild load with H-1000 and 140 Berger Vld-H. Velocity is 3170fps with single digit Es and brass life in the double digits with Norma. The next node for h-1000 is at 3250 fps I had single digit Es with that load as well and consider it my max load. Rl26 will give the best velocity for this cartridge, 75-100fps more than H-1000 at equal pressures. N570,rl26, retumbo,imr 7977 will work also as well as a few others. Fire forming loads with the 130 bergers in my rifle would shoot 1-2" 3shot groups at 500 yards. The 140 Berger hybrid, Vld-h, hybrids, and 130 vld H's all shot well in my rifle with h-1000, n570, and rl26. I received some 150gr SMK's in the mail yesterday. I should have no problem running them at 3150fps with RL26. For your pistol build you could probably get 2950-3050fps depending on the powder in a 18" Bbl with the 140s. I'm hoping with the release of ADG brass I can run these higher nodes and have the primer pockets hold tight to achieve double digit brass life, and have a consistent neck wall thickness that doesn't require turning. That being said I'm happy using Norma Brass and have no complaints.
S

What's not to like about the 6.5ss! I push a 147 eld at close to 3,250 fps in a 30" nitrited Krieger barrel and my barrel is tighter than most. Maybe due to Nitriting?
Brass would be only issue if you are not a seasoned reloader...however the new ADG brass will be a game changer for sure.
This rifle has produced several 3 inch groups on different days 1- 1 1/2 inches at 600 yards. Has been deadly on Antelope, deer & Elk. All one shot kills out to 1,175 yards.
Ray
M

I researched a ton before deciding on this build. I have a thread on my local provincial forum titled, ‘An amateur does his first wildcat.’ You can google it and read it. I listed a bunch of loads that were in development at the time from Mr. Sherman himself and bigngreen who played a role in testing and gunsmithing the first of the SS’s. My intentions were to build a rifle i could use to train in long range and hunt with in the fall. We have some great hunting in Alberta and it can be from the smaller meat deer to moose and Elk. Seeing the heavier weights available in 6.5mm Matrix has 150 gr readily available and there are some 160 gr bullets I can get too, i knew i would be confident taking and elk or a moose. Especially when I was using the 270 win for elk before with 140 gr bullets. I’m closer to 1900 rounds through this gun than 1800 right now. It’s got a new benchmark barrel that i’ve Just broken in. First barrel was a Ron Smith, gain twist, cut rifled barrel. It shot unbelievably well. The benchmark ive got now is ready to be fine tuned with loads.
The good is the efficiency. I cant get over how the real world numbers from this cartridge work so well. It’s a tiny case in your hands. Yet it rivals some of the older big boys. The 7mm rem mag is one of my all time favourites. And this little efficient package is right there with it, and in some cases, above it. In a Short action! The popularity of the 6.5mm bullets and the development of better ones makes it a no brainer.
The bad, probably barrel life? I did get close to 1700 rounds before the barrel was garbage. But it shot so well right up until when they didn’t. 1700 is nothing to be ashamed of though. Especially in a hunting rifle. I’d still use it in a PRS rifle too.
The ugly, the steep shoulder can make it finicky to feed if your feed lips on your magazine aren’t opened up just right. But once dialed in, it feels good.
I use this rifle exclusively. This is the only hunting rifle I own actually. It does everything I need it to and more. Wouldn’t have it any other way.
T

Really nothing more is needed for all but brownies and their sea worthy brethren in the Americas. Well I would prefer a bit more for buffalo as well but it would work just not ideal. Nice thing is there can be a SS to fit either of these use cases with a simple increase neck diameter on the base case lol. A 260gr accubond from necked up 6.5mm to .375” ss case should get you to 2600 fps without much work and thats plenty for any of those last three and all in a short action.

Of ALL the SS I think the 6.5 is the most ideal when all aspected are considered.

Lance,
Just in case I don't already have it in a earlier post what is your barrel contour, the stock you used and weight of your rifle either with or with out optics.

I appreciate all the posts and would like to hear more.

Even with the heavy scope, it comes in at 10lbs 2oz. Not a lightweight, but not a toad either.

Before I put the S&B on it.

Lance,
Thanks for the stats and the pics. Very nice. 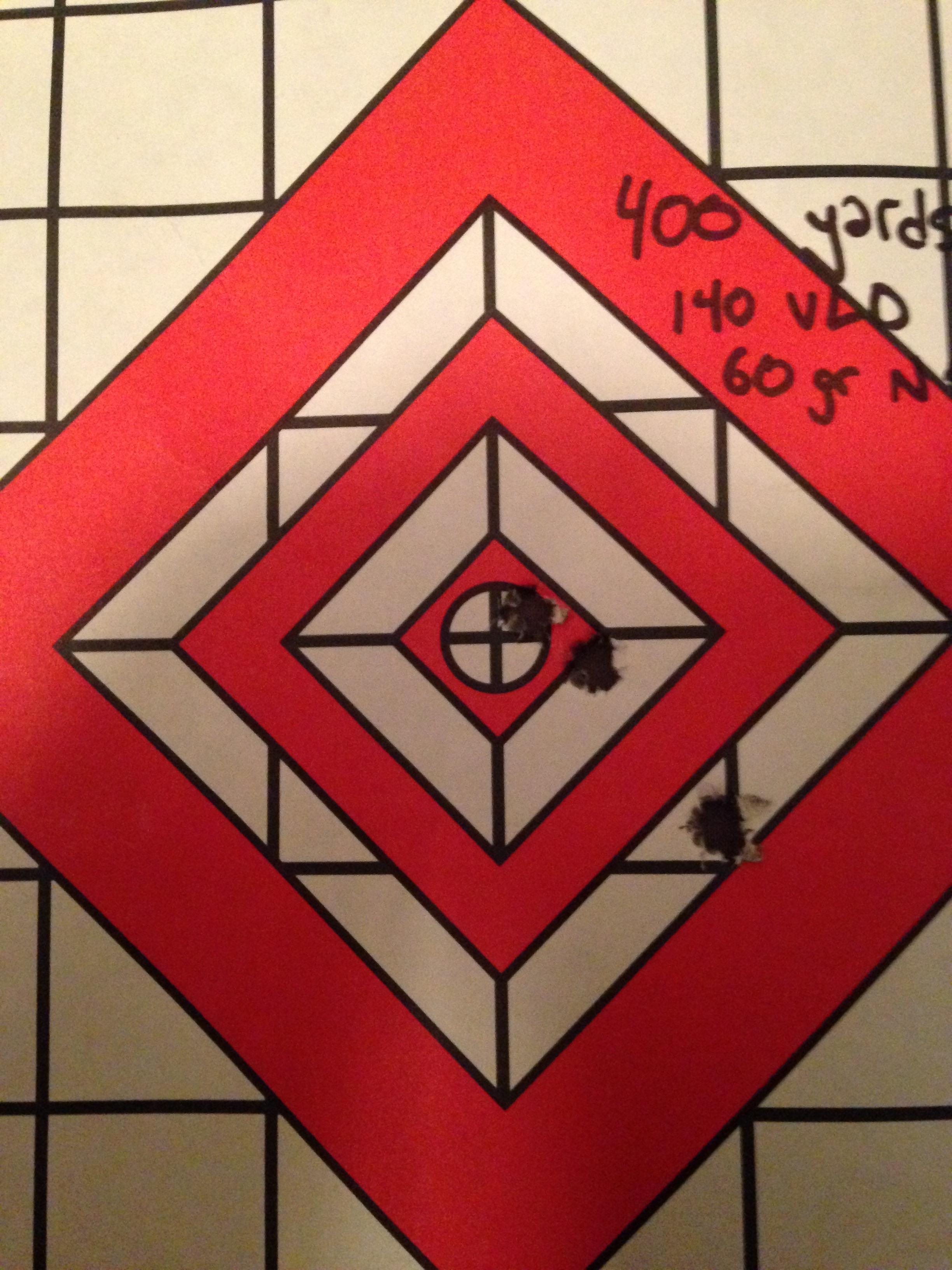 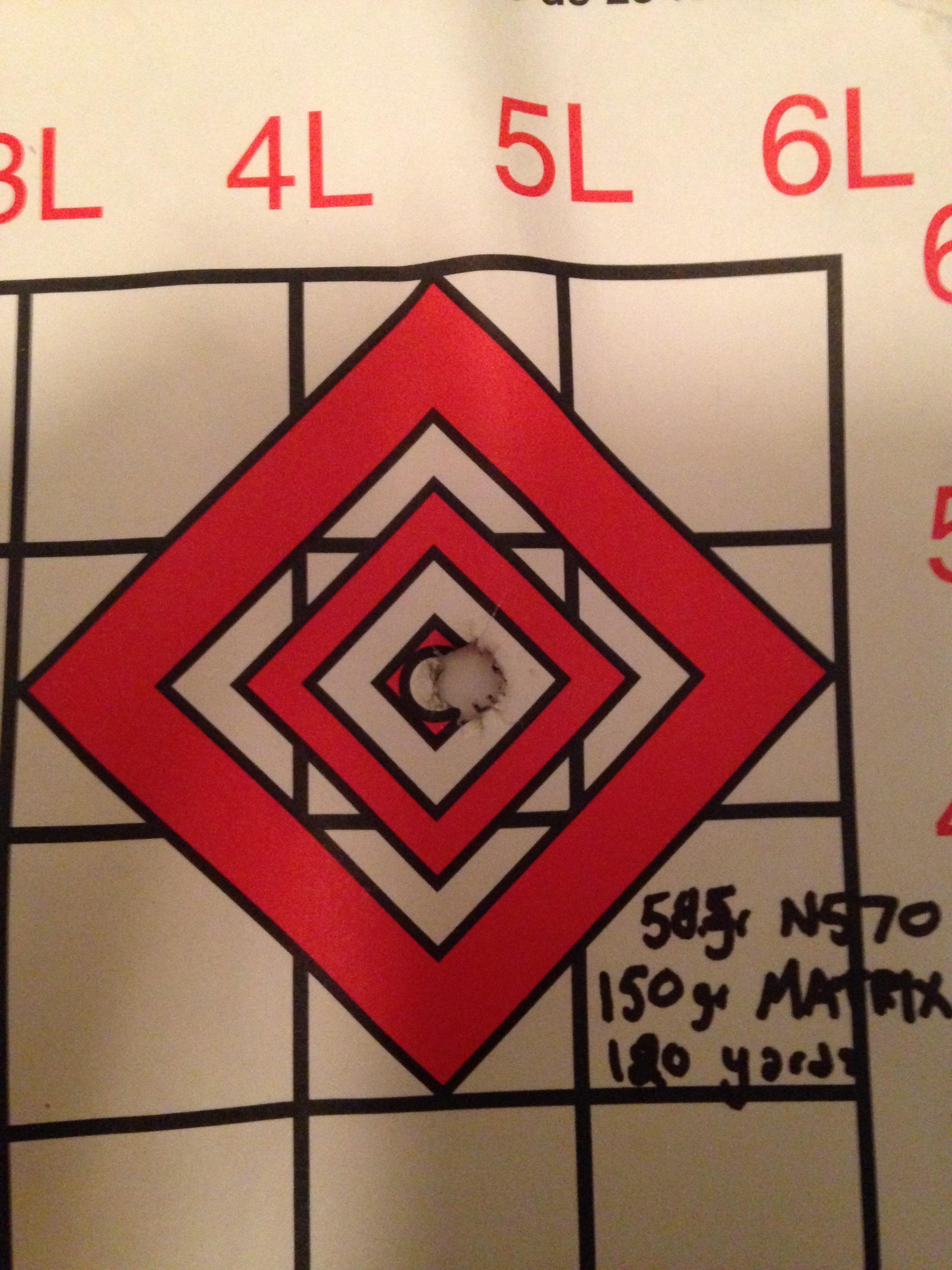 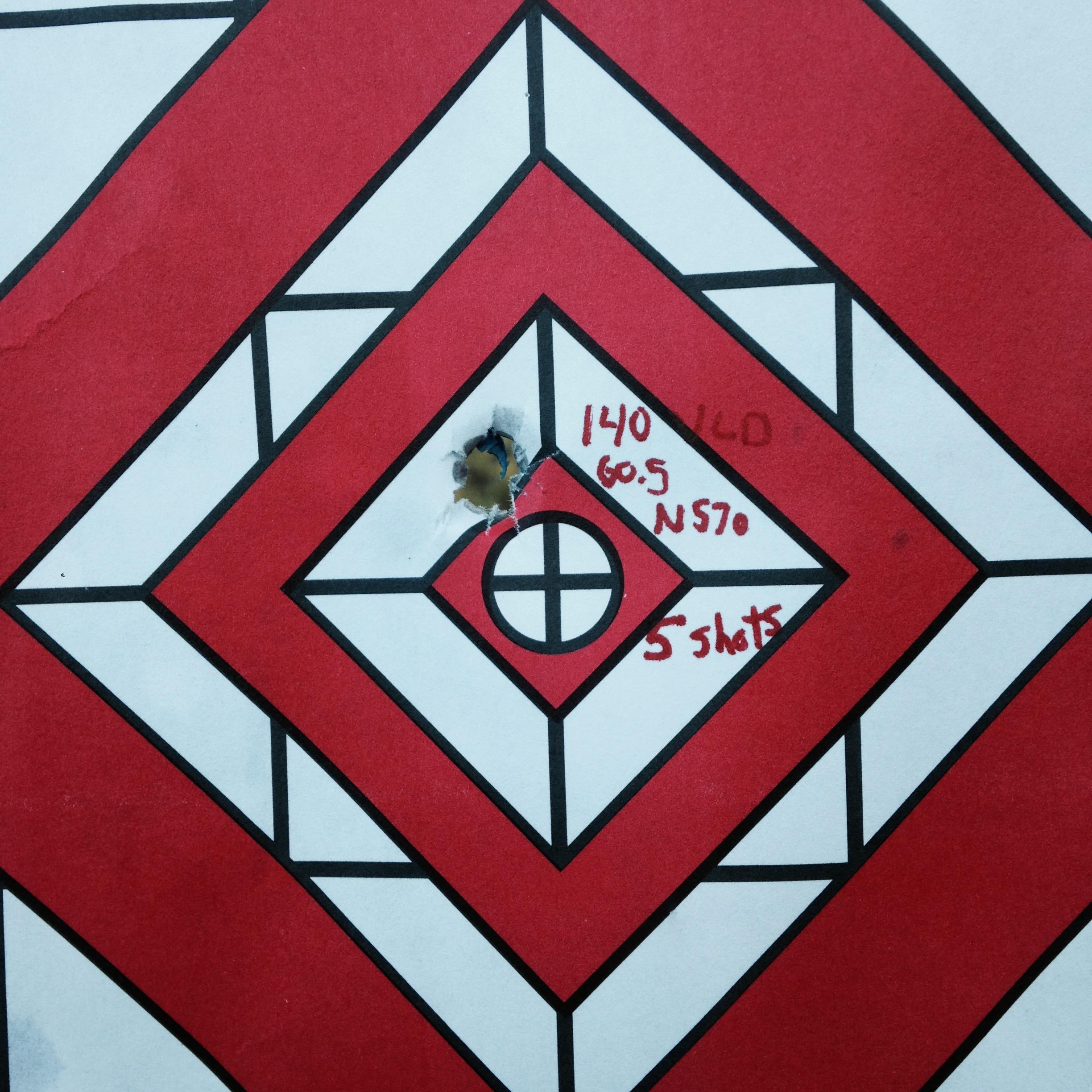 first 2 targets are 3 shot groups with the last one being 5 shots! I've harvested 7 deer since I got this rifle. not one took a step. hunting with an super accurate rifle is such a joy. Range it, shoot it.
L

That is fricking amazing...!

I've also been extremely disappointed with the whidden dies. I've heard others,including my gunsmith comment about the quality of whiddens dies have recently gone through a change for the worse. The seating stem actually snapped at the top junction where it slides up/down in the die. That happened after 100 rounds being seated with constant seating depth issues. The necks had been sized& trimmed to .015 so it wasn't like I was forcing bullets into an undersized thick necked brass case to cause the stem to snap.
Share:
Reddit Pinterest Tumblr WhatsApp Email Share Link