Im in the same boat as you. The Hammers just can’t be beat. Easy load work ups. Top speed still gives excellent velocities. Consistent and very repeatable accuracy. I don’t think I’ll ever hunt with anything else.
J

wilkup said:
What’s your COAL if you’re 2.8165” to the ogive? Can you post a pic of a loaded round? I’m intrigued by the idea of the big Nosler case pushing one of these super heavies!
Click to expand...

That’s a good looking round

That case and bullet combo takes the 6.5mm to an entirely new level of performance! ****!

Well, this hasn't been updated in a while, so I'll add some.

Have two deer to add terminal performance on. One my wife took, range was 530 yards, and had about a 3 mph wind, left to right. My wife likes to anchor critters, and tends to put her shots through the shoulder, and she did the same here. Entrance was through the shoulder blade bone just above the joint, it obliterated the lungs, just missed the shoulder blade joint on the off side, and what little remained of the bullet was just under the hide on the off side, not really an exit. The deer ran about 10 feet, tipped back and fourth, stepped side to side some, and tipped over in the sage where we couldn't see it and died. Upon butchering, meat loss was not bad at all, there was blood shot between layers of meat, but with a little extra work it cleaned up nicely, and meat loss was not excessive, considering heavy bone was hit. 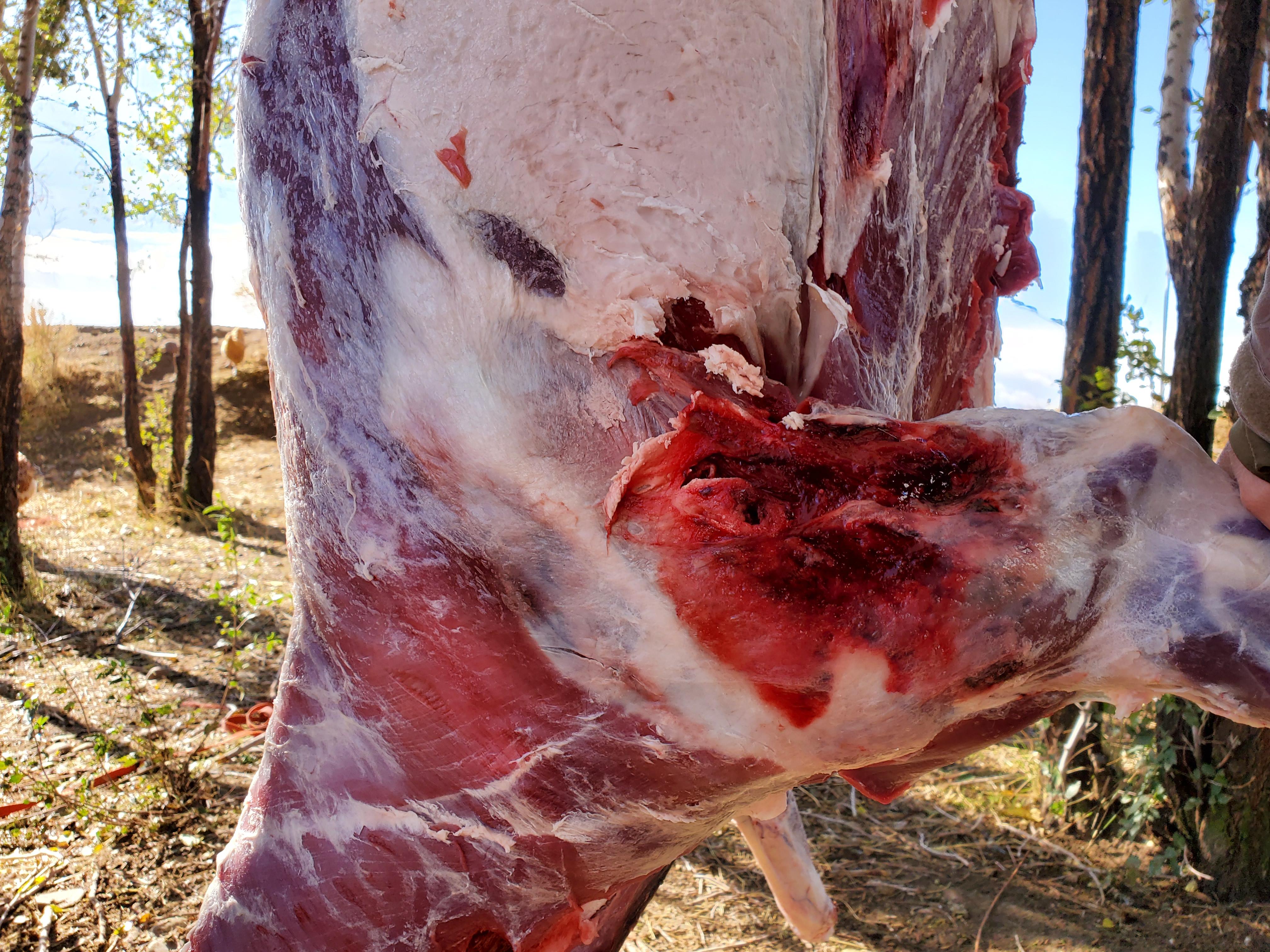 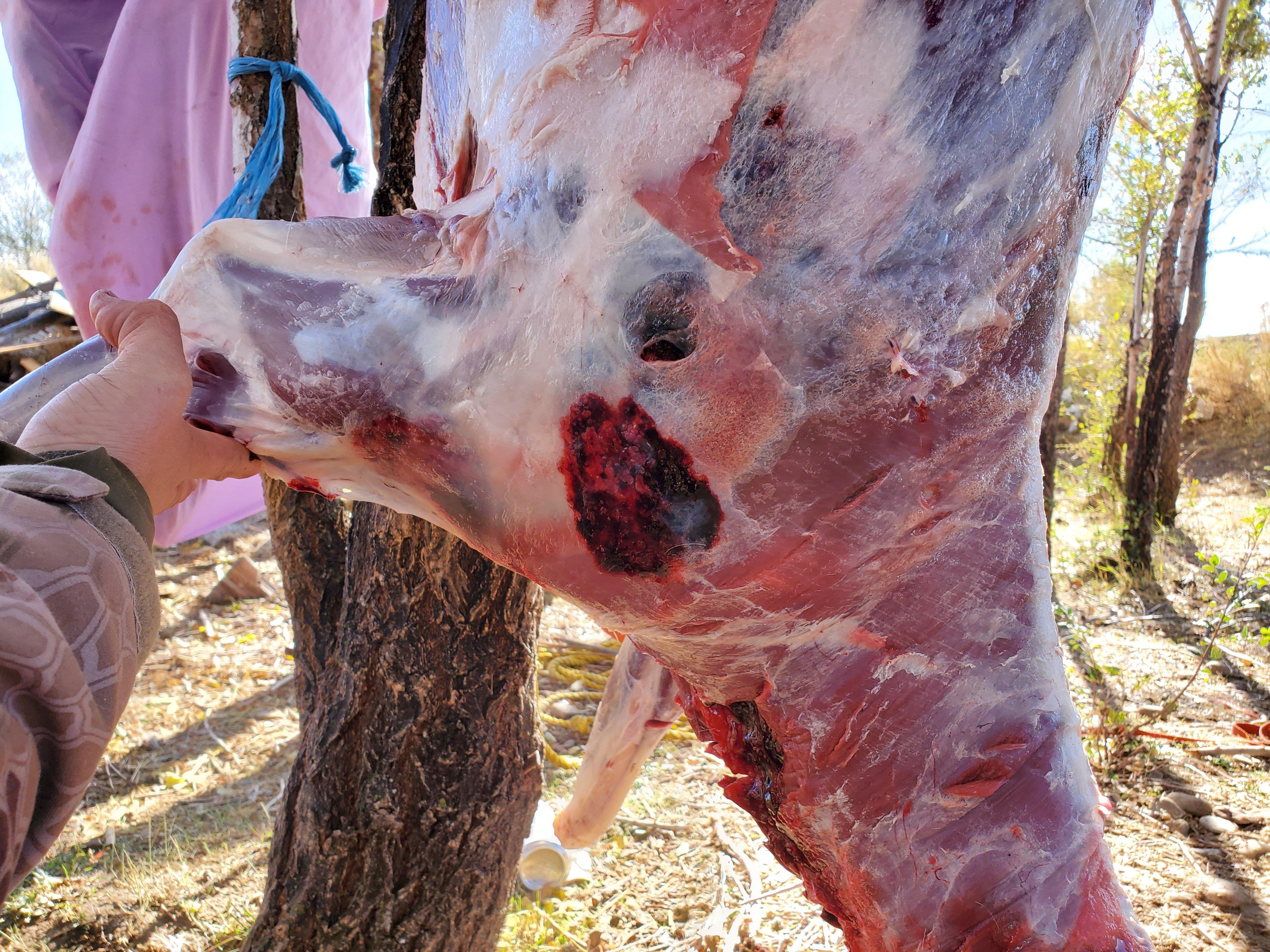 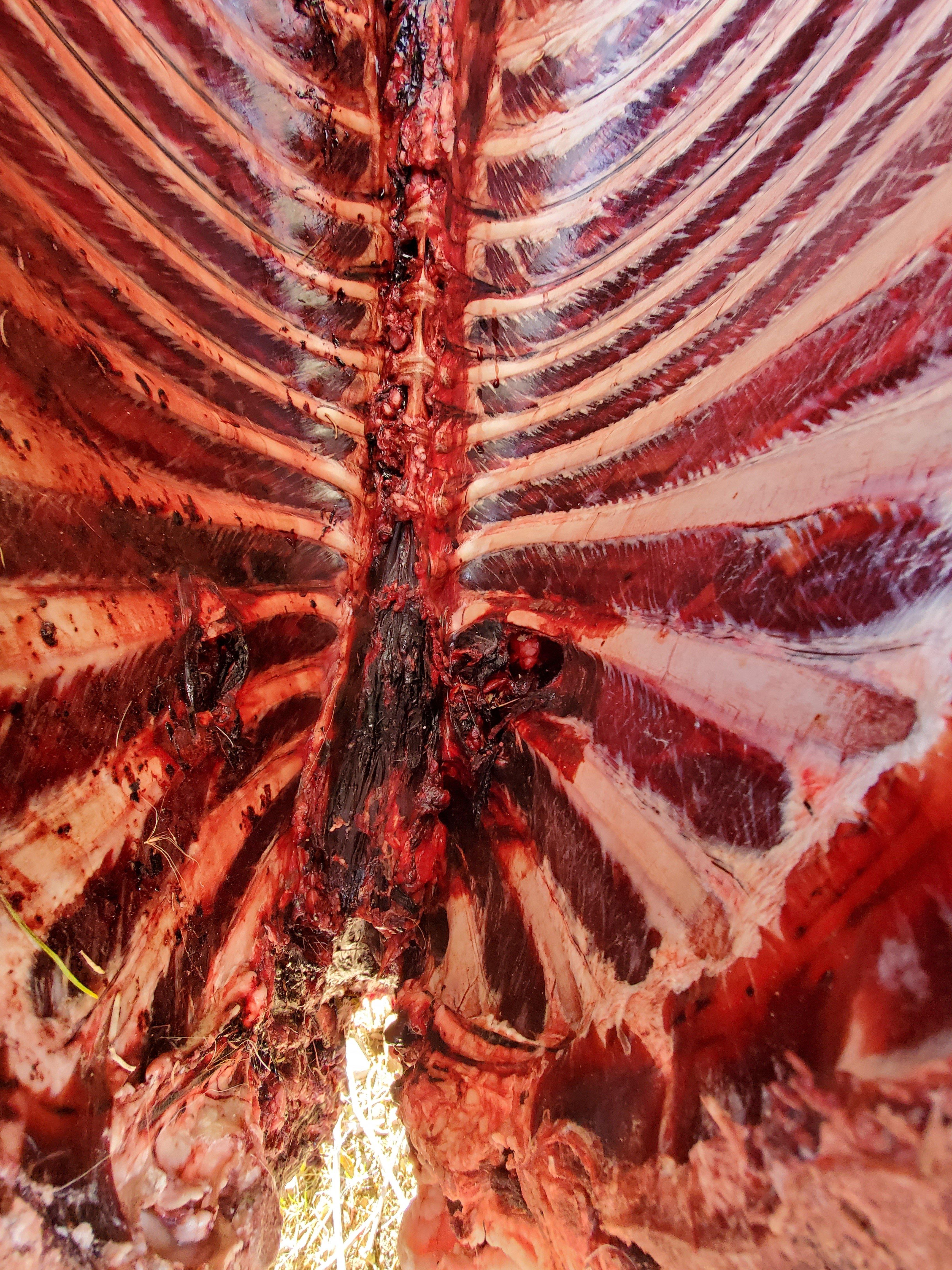 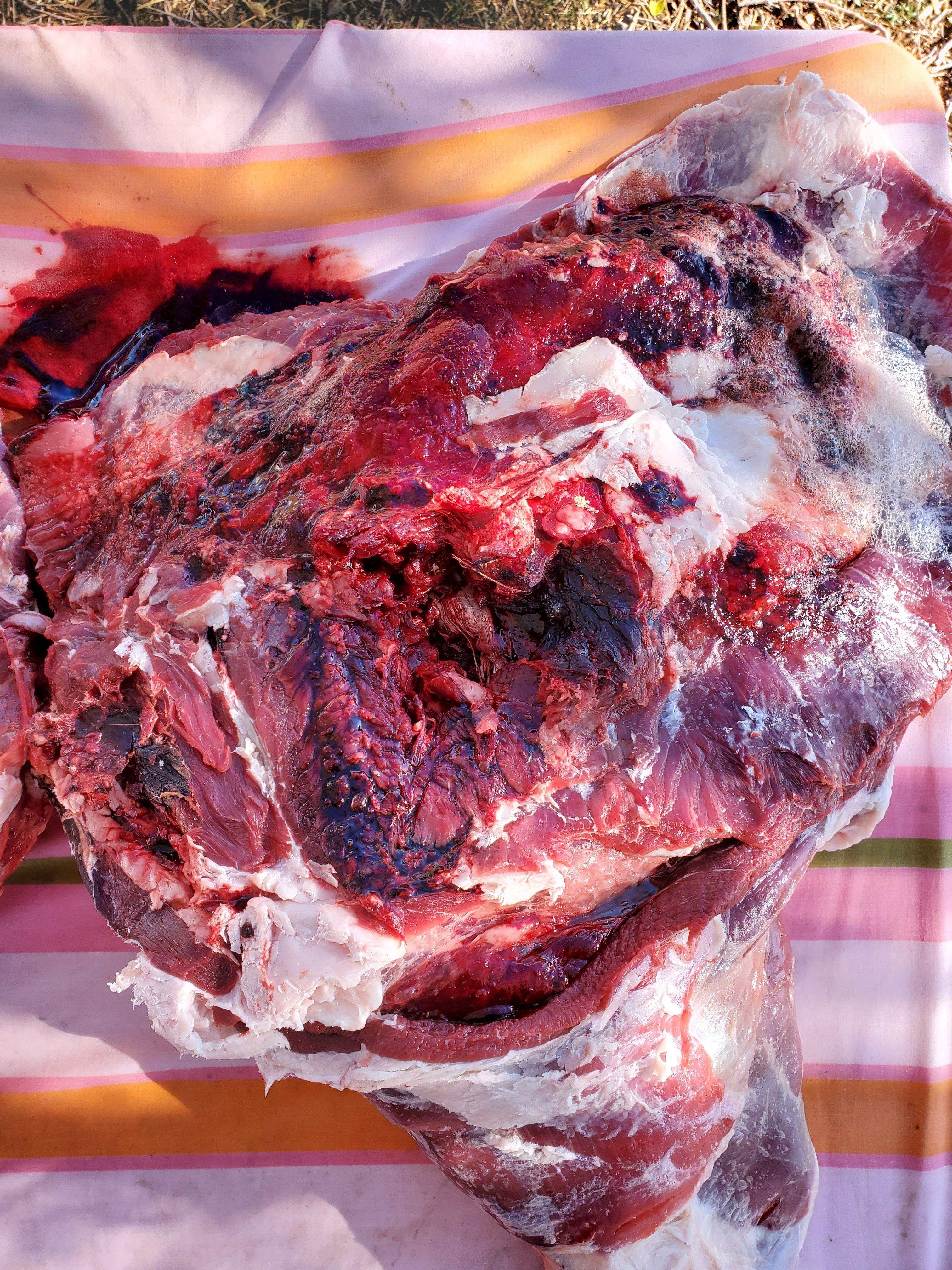 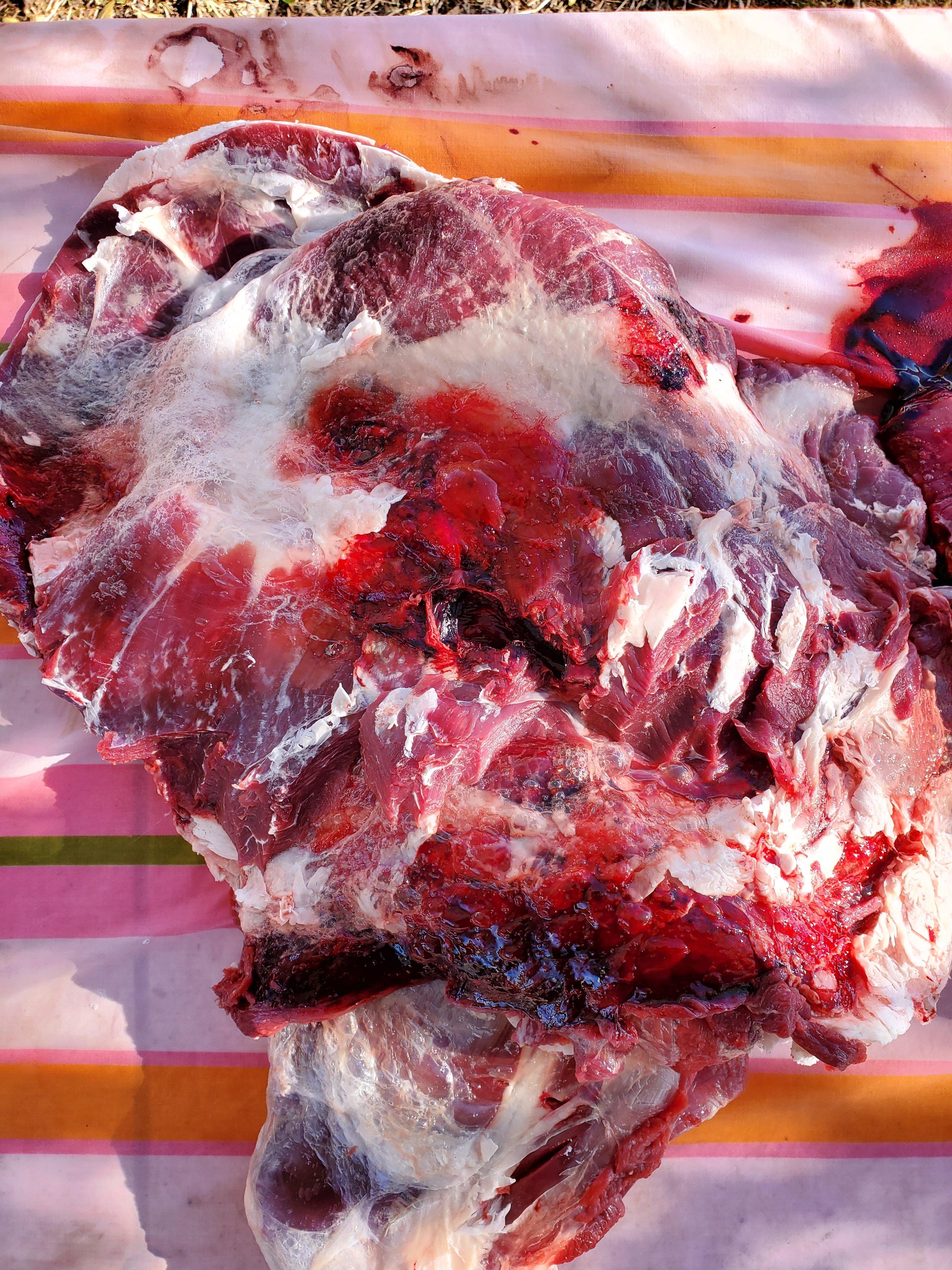 Second deer my sister shot, literally 4 minutes before the end of shoot light on the last day of season (today), at 860 yards, in pretty high winds, I had her doped for around a 12 mph wind from the 4 o'clock, up 16.75 MOA, right 2.75 MOA, wind was going from 4ish mph up to 18 mph at any given time, but averaging 10 - 14, so I just made sure wind was right before I told her to send it. Shot went square through the shoulder, as you can faintly see in the photo of the deer on the ground, hit the top of the heart and destroyed the lungs, went through the off side shoulder, and left a small 1" or so exit on the off side hide. The off side shoulder joint was destroyed, as the leg just flops around. At impact, the buck dropped hard, then got up and death sprinted about 10-15 yards and didn't come out from behind the brush. Unknown on meat loss, as we have not butchered it yet. I gotta say, in the fading light, at a pretty far range, under challenging wind conditions, my sister really came in clutch on this one. Excellent shot! 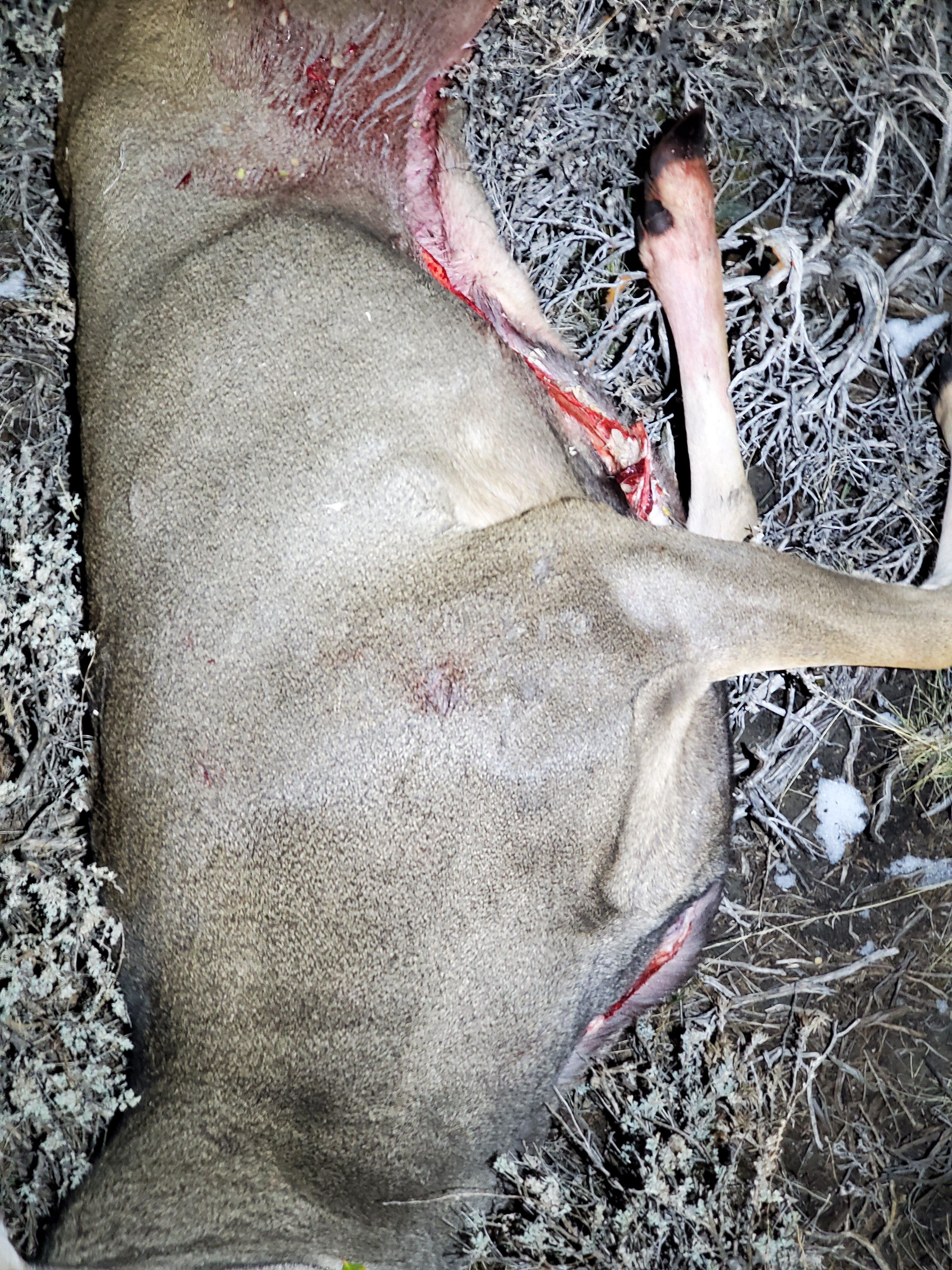 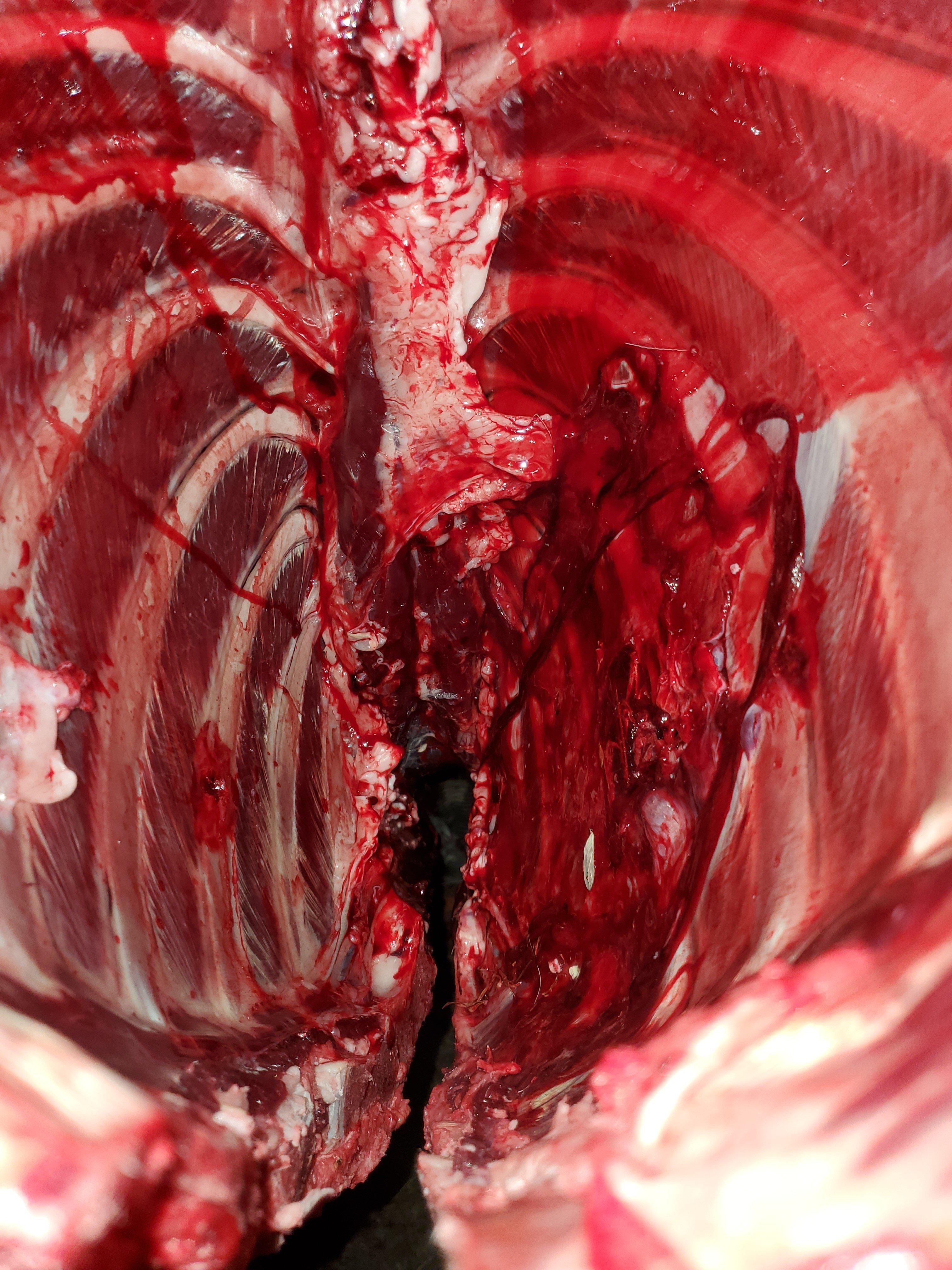 Bullet took out top of heart 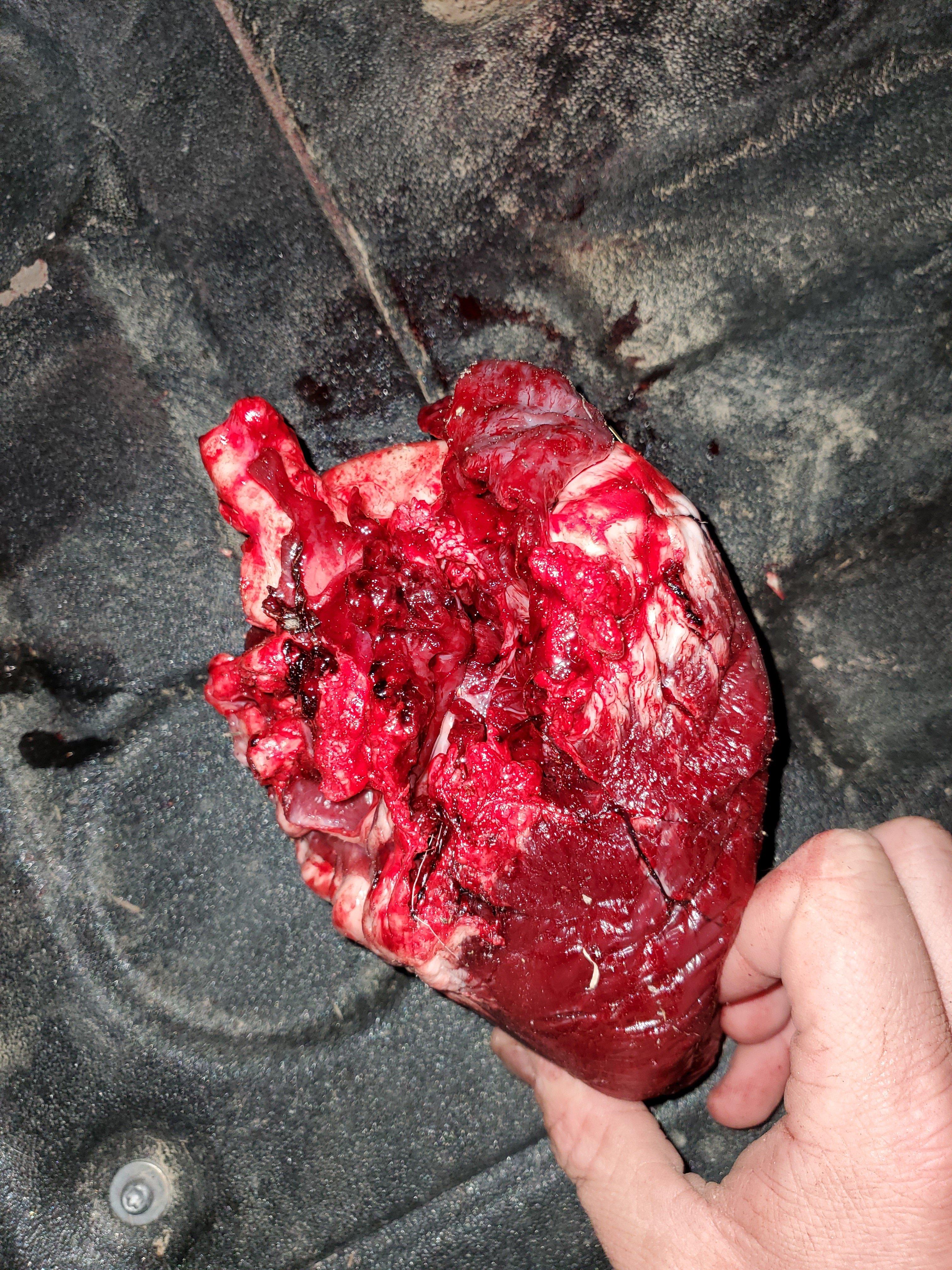 After another season and a couple more kills, I'm still very satisfied with this bullet. It is working effectively, meat damage is acceptable, and animals don't travel far. Oddly enough I am seeing less exits then I did with the 140 VLD's, they almost always were exiting. However, I have yet to have an animal travel far enough to need one, even with less than optimal hits requiring a follow up, so an exit providing a blood trail hasn't been neccessary. They seem to put a large amount of shock on the animal. If your one of those in the camp of "have to have an exit", then this is not the bullet for you. You simply won't get it every time. However, If your one of the guys in the camp of "I want the critter dead, the means don't matter much" then this seems to be pretty effective. A little more meat loss than a mono, but still acceptable to me, deadly effects on game, excellent accuracy and consistency, easy to load for, and outstanding ballistics. Keep in mind, nearly all my samples are 500+ yards, with impact velocities of under 2450 fps!! Other than one pronghorn shot at 250 yards or so, I believe. I cannot comment how they will do on a quartering bull elk at 200 yards fired from say, a 26 nosler. However, this one is gonna be pretty hard to beat for extended range hunting.
Last edited: Oct 12, 2020
N

And congratulations to the ladies on some fine shots! (Having a great spotter of course played no small part)

Good stuff. I’ve also noticed less exits with the 156 compared to the 140

Good report Cody and congrats to the ladies!
N

@codyadams Were these two deer taken with PRC, and what muzzle velocity? 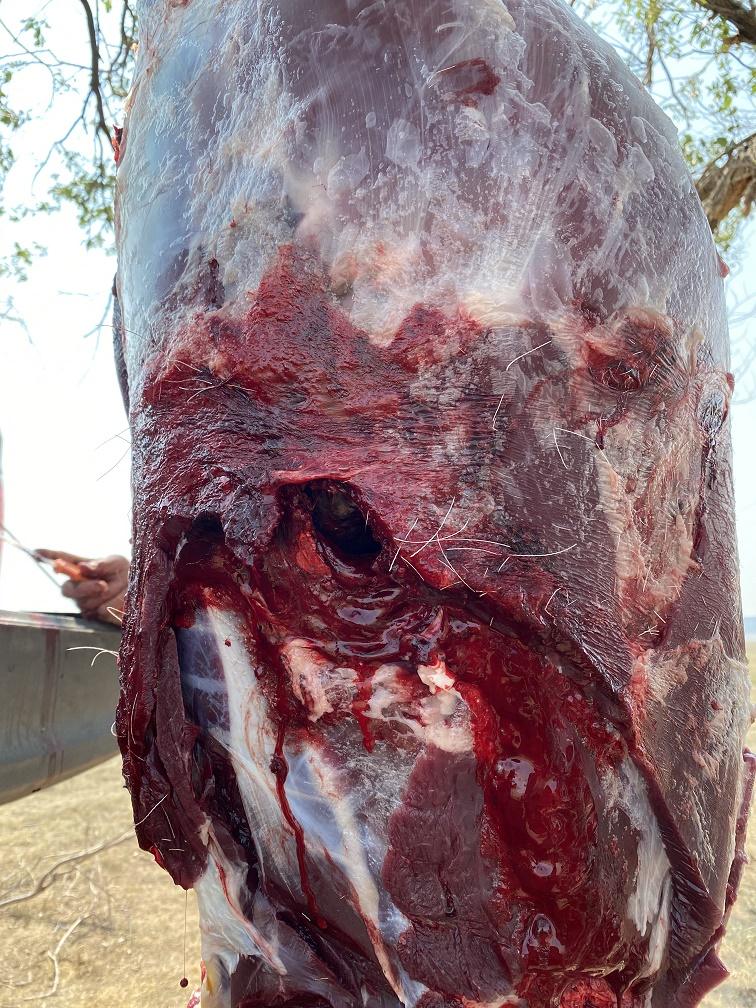