Ya know how occasionally you look back and say "what the heck did I do that for". I do. A long time ago I was purchasing my first high end scope and thought I didn't need that TPAL. What the heck is parallax anyhow?

My problem was that once I learned ,I realized that this scope was a PITA to adjust from behind the rifle and I had planned on selling it. Then I had this idea.....how about a custom lever like folks use on the magnification side. I saw a thread somewhere about MK machining and the levers he had made. A few emails to Tyler and a few weeks later I have a lever and a spare that hopefully will make this scope much more useful. A little paint to index the ring to match the scope and I am good to go.

I can't thank Tyler enough. I really thought it would be one of those things that sounds good but never really gets built. 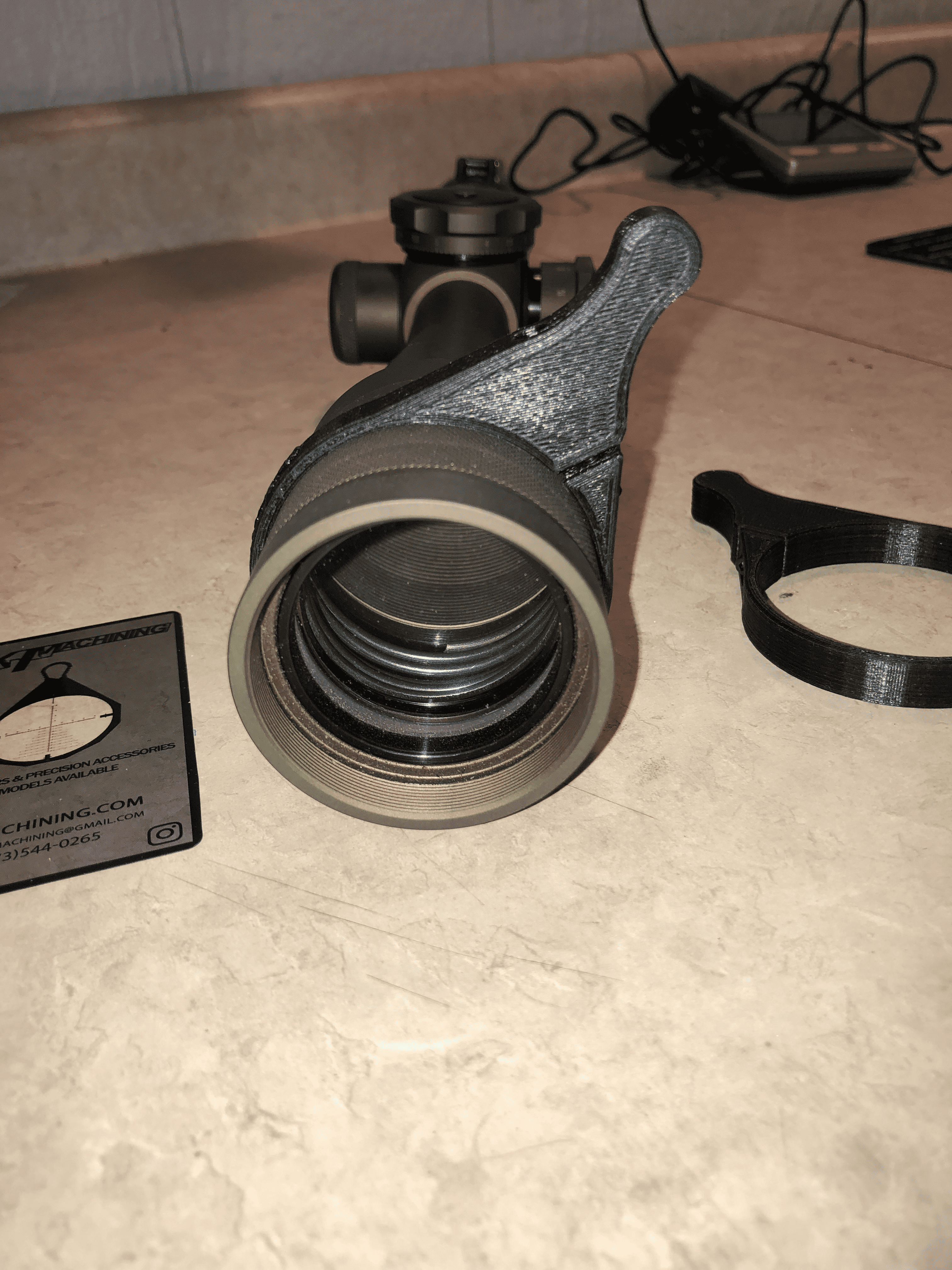