question about finding the time?

I don't post a lot, but I read everything on here and I have never see a thread on this, so here it goes. I am married with 2 small kids and have a professional carreer (pharmacist), so between work and family how do you guys find the time for all of this stuff? Are most posters like me or are many retired and have all the time they need? Hopefully we can all benefit from some responses and get some ideas on how to balance the home life with this addictive hobby we have developed.
M

I don't golf, play tennis... - I hunt + shoot - both my boys like to shoot, hunt. We also do quite a bit of fishing. Most importantly I have a very tolerant wife. She also likes to shoot and fish.

I am not retired but all the kids are gone. Finally built the house we always dreamed of and I have a workroom on a detached garage where we keep our dogs. My wife likes to go to bed early so I have all evening in the workshop/doghouse. It has a window unit, fridge, TV and DSL internet so it is not a hardship 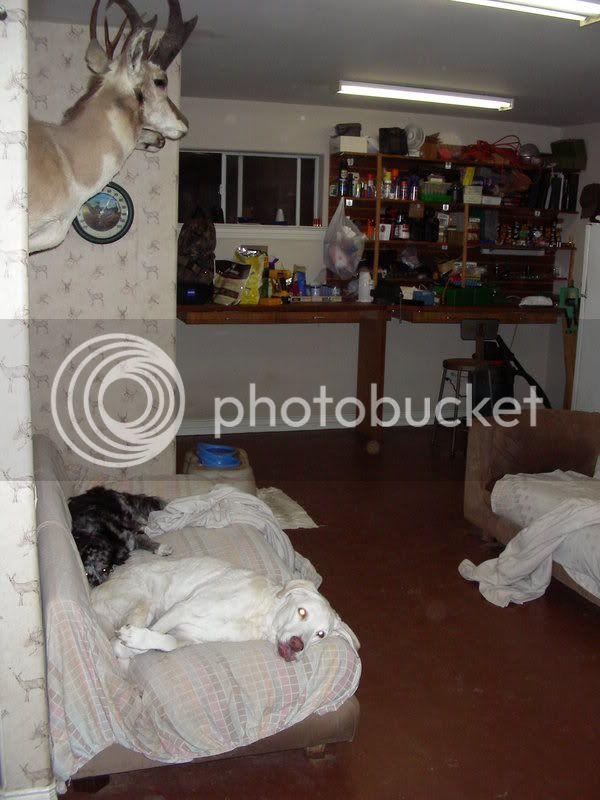 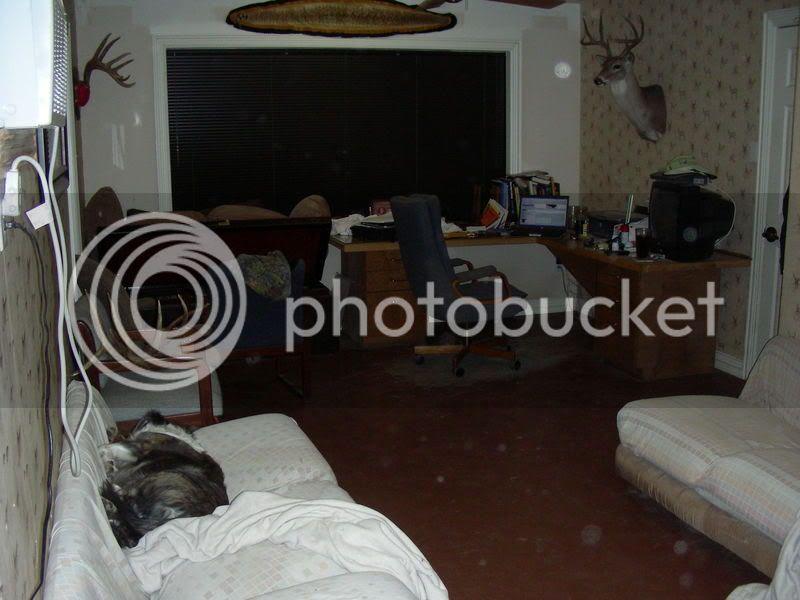 So make your own space, let the kids join you ocassionally, and spend some time there. You will find that you will spend more and more time there and she will object less and less. The amount of time will vary according to your family schedule. Even before the kids were all gone I found that spending some time apart keeps everyone in a better humor and the time you do spend together is better quality.
M

Keep them coming, I cant wait to hear from many more shooters on this topic.
E

I'm single, and luckily, I have a place in the country on a piece of land that allows me to safely shoot out to 350 - 400 Yds by walking 50 Yds out the back door of the house. I had other hobbies (fast cars, trap/skeet/sporting clays, field trialing Springer Spaniels), but they've went by the wayside when I moved and bought this place. I still shoot shotgun to keep the skill level up, and I'll have to get a pup to train next year (the only Springer left is getting up in age), but in the backyard, it's easier to shoot a rifle than throw clays (and less messy as well).

For me, shooting a rifle is cheaper than shotgun shooting. I used to do a LOT of shooting, buying shot by the ton. I can't imagine the reloading bill if I was shooting shotgun like that now!

I was married then, the wife was a RN and she worked 12hr shifts, which left a lot of time to myself.
J

I too can just walk out the door to shoot and do so almost every day. I might not shoot a lot of rounds but I do shoot often.
J

I'm also married w/ 2 youngsters. Like one of the posts above this is my only hobby. I hunt and shoot and that's about it.
F

I am retired but just resently, married for 28 years ,3 kids , oldest is a full time ems worker,#2 is soph. in college,#3 jr. in high school. My wifes works as a teachers aide in elem. school. I have always hunted and fished ,never been one for the bar/party crowd. Consider myself lucky to have found a women that puts up with my affliction to the outdoors. We each kindof do our own thing but I try to make sure I at least ask how work was ,go grocery shopping with her sometimes and if she wants something in particular do whatever it takes to make it happen.
As far as time to do stuff I get up early and have the mornings to myself espec. on weekends,mamma likes to sleep in when theirs no work. In the afternoon any family stuff is taken careof then.

I think the key is we don't need to be running hither and yon 24/7 ,have some friends that are like that and its like you need to make an appointment 3 months in advance to get together for a couple hours, thats too busy..

As the experts say its a give and take thing.. you say your kids are young ,so get them started too, that way your wife can have some time to herself.
Last edited: Dec 12, 2009

For a number of years after we got married we had no kids and we would always go places together like Alaska for 6 week or Nova Scotia. We would canoe and hike and go square dancing. If the choice was between doing something with her or going hunting, I would normally go with her except during elk and deer season. One year I hunted at least 1 day a week for 28 straight weeks!!! Then we left Utah and moved East.
Then there were kids. Kids, like marriage, are a moral obligation and commitment. On Saturdays, I went to soccer, basketball, and baseball games and chauffeured to flute and guitar lesson. All PTA/school meetings were attended. If I wanted to go hunting (and there is no hunting on Sunday in redneck moron land of Maryland) I took a day off from work if I could find a day to take off. During the lean years I might not have gone hunting more than three or four days total. However, I can look in the mirror and say I honored my obligations to my family. I also took care of my career and climbed as high up as my ethics would allow.
My kids are mostly grown and I have a very nice retirement income and supplement it with consulting projects. I start the hunting season on September 1 by going dove hunting and then about a week later I head to Wyoming and hunt antelope and then about October 1 I drive on over to Idaho or Utah and hunt deer and elk until it gets to cold and snowy. Then about November first I turn the truck east and come back home to see my wife who’s standard welcoming line is how soundly she slept with no one snoring in the bed with her. Then after a few days of being hiomeI get after the Canadian geese and the squirrels until deer season opens up. Then it is pretty nonstop chasing deer and small game until about the first of March.
So basically what I did was hunt very little until I retired and now I hunt full time. I do not regret any of the time I spent on and with my family during those years.
H

I have a very understanding wife. But as BB said, I dont miss the house, kids obligations. Any other free time gets dedicated to my passion(hunting, shooting, reloading, fishing, horseback riding). Eventually a little discussion, but nothing to big.
I join the LRH.com site every night, after we are done with house chores, and she knows I enjoy it a lot.
This past years have had minimal time to hunt, because hospital work and studying, but I am almost done with residency and looking forward to start hunting and shooting a lot.
M

I've been pretty fortunate in my adult life to have the time for this and other hobbies. First and foremost is a very understanding wife. They're have been years that I didn't plan on trying for out of state draws and she would be the one to talk me into going, reminding me how miserable I would be in the fall if I didn't. We are raising three kids together, one in college and two in high school. All of them are very active in sports. My wife and I hardly ever miss a game, only on a rare occassion. My main priority has been family all along. Another thing that has helped is my career. I am a Fire Captain at a department about 20 minutes away from my house. We work two 24 hour shifts and then off for four days. It works out to ten days per month leaving twenty play days. I couldn't ask for more.
C

+1 on what each has shared so far. For my family it's about priorities-wife, children, career and everything else in that order. When your just starting out most of your time is spent on the first 3 with little left over for everything else. As the married years roll on...now 38 years and the kids are grown up: my son 34 is a State Trooper for the Florida Highway Patrol and my daughter 32 a Dental Hygenist. With 25 years climbing the management ladder in big blue the inventor of this thing I now sit in front of and that retirement under my belt...the landscape changes...and there is more time to do this sort of thing without any regrets or guilt. I too could go on about PTA, soccer, honey to do's, business trips and the rest of the endless list and did it with all the zest and selflessness that one should when one gets married and brings children into this world. Build the memories my friend with your family and always remember a relationship with anyone particularly with your wife and kids is like an Emotional Bank Account...If you expect to make withdrawels then you have to make deposits. Kind of what a previous poster siad when he talked about hunting/shooting but knows when to go to the grocery store with his wife etc-smart manlightbulb. If you do your part well your family will know that and be more supportive of you later in this area as the years roll on. IMHO, the fact that you've even brought this up and are asking for feedback tells me your wife and children are very lucky to have you and that you'll strike that balance. Great insight and concern on your part.
C

I've read each of the previous posts here and a common theme IMHO is family first then my hobby. To often in this world that's not always the case. I wanted to say to all the husbands and Dad's thanks for a job well done...the world is a better place because of you.
M

Those were all great responses. We obviously have some great fathers and husbands on this board, and I appreciate you sharing some of your wisdom with us. From time to time we all need to be reminded of what is truly important.
You must log in or register to reply here.