While waiting patiently for my 2nd build and Nick's 1st build to be completed, we got a wild hair up our *** and decided we would try our hand at rifle building. We wanted something that would be more economical to practice with than my Edge that Kirby built and also wouldn't cost much to build. We decided on the 6.5-284. We picked up a couple of used Savage long actions and started ordering parts. Somewhere along the line I thought, "What the hell do we think we're doing?" But on we went. Parts showed up and we finally got the chance to try our "gunsmithing" skills. After screwing on barrels, recoil lugs, bolt handles and stocks, we were off to try them out. Mine actually shot pretty well from the get go. Nick's didn't. I wasn't happy with the cheek weld I had from the stock-scope base combo I had, so I ordered a new stock and bases. The bases didn't work out so I went back to the 20 MOA base and called it good. Meanwhile, Nick was busy pulling his hair out trying to figure out why his wouldn't shoot. He finally figured it out (I'll let him explain what it was that was causing the problem if he wants) but it caused both of us some amusement. After that, his was shooting lights out.
I took mine out today to sight in after finally figuring out what combo I needed. The first shot, I was holding right on the bottom of the dot and I corrected to hold in the middle of the dot for the next two. Ended up with a pretty decent group.

Can't wait to get out now so we can get to practicing. After all, next hunting season is just around the corner!!
If Kirby doesn't hurry, we could end up building two or three more of these things!!
M

Here it is with the stock that I had cheek weld problems with.

Here it is in it's final configuration. 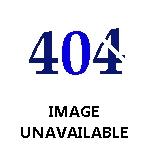