Last fall I had the opportunity to hunt Fallow deer in Tennessee. I first saw Fallow deer in 1984 while at Land Between the Lakes on a bowhunting trip. Very majestic animals. Every since seeing them in 1984, I have wanted one. I spotted a nice solid white buck at about 200 yards and was getting set up for the shot. As soon as I got him in my scope, he jumped a fence and disappeared. I moved across the meadow to where he jumped the fence. About 100 yards down the treeline, there stood a different buck. This one was spotted and looked bigger. My buddy glassed him and said, "this one is a lot bigger, take him if you have a shot". I sent a 200 grain Nosler Accubond downrange. The shot hit a little back from where I was aiming, and the buck got up and ran to the top of a pipeline. I managed to get within 50 yards and administered a finishing shot.
T/C Encore handgun in 338 GNR, Burris 2x7 Ballistic-Plex scope. 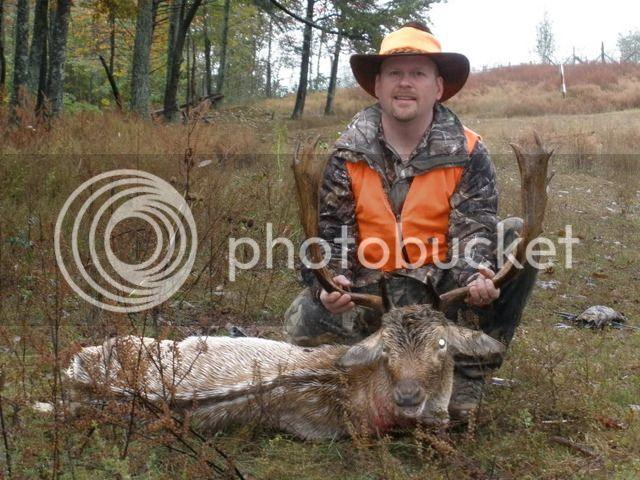 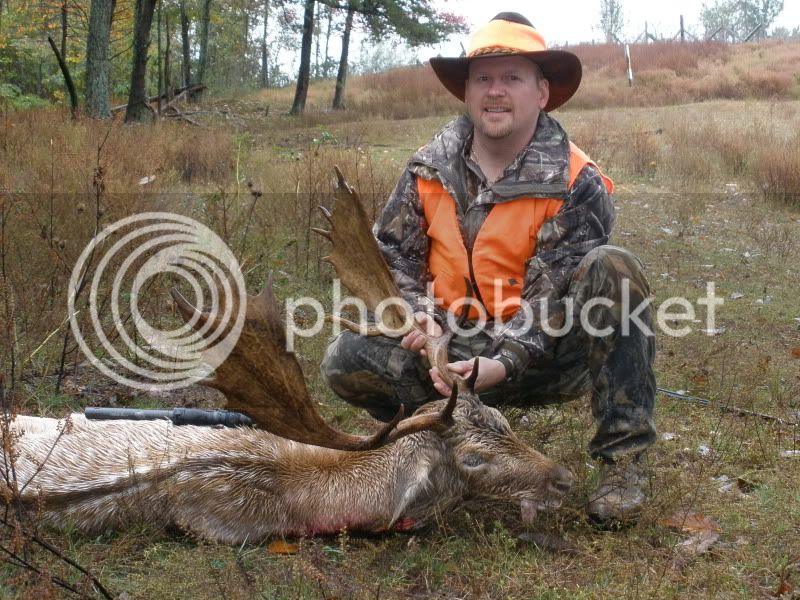 The next day I went back to the same area to try and take a Fallow doe. I spotted this doe across the meadow being pushed by a big buck. I took a steady rest and waited for a clear shot. As soon as she was clear of the buck, I took the shot. 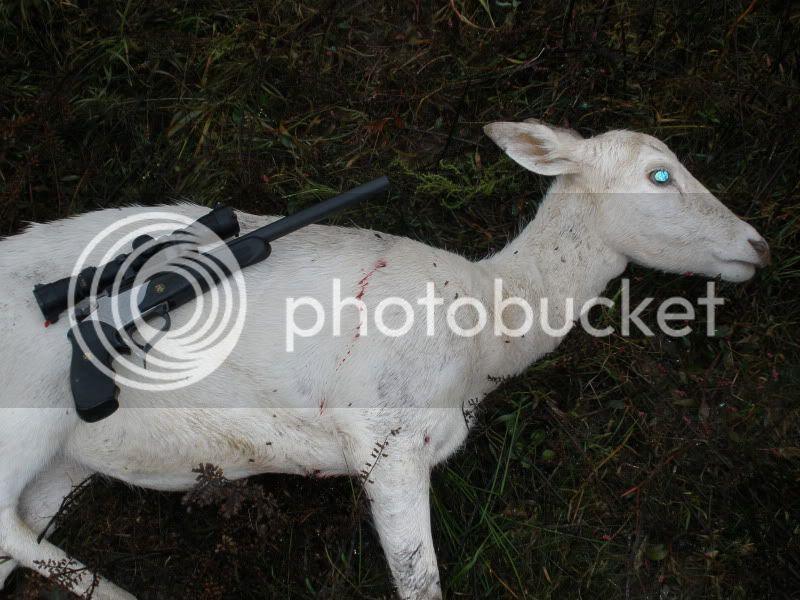 Welcome to LRH.com.
Congrats for the buck and doe, it looks like you made your dream come true. Nice animals.
Thanks for sharing.

is that an albino?
R

No it isn't an albino. Fallow deer are either a dark chocolate brown, solid white, or spotted. This doe was entirely white with no marks on her. I wish now I had tanned the hide.
Share:
Reddit Pinterest Tumblr WhatsApp Email Share Link