It's been a tough spring season here in northern central Texas. I had two goals; one was to get my 80yo father a gobbler and get my new to hunting wife her first.

My dad and I have hunted turkey all over the state of Texas and even killed some in Alabama one spring. We've guided hunter for several years back when no one in Texas hunted spring turkey's.

My dad had stopped shooting turkey's quite a few years ago....with the exception of Eastern's we've hunted some of the first counties to open in modern times and took several a piece, same in Alabama. So he is by no means a rookie...but this we have not hunted together in almost 10 years. Short version...he missed three shots all under 20 yards.

My wife on the other hand we couldn't see anything but hens on the two weekends that she could go. The one morning she wanted to sleep in I called up and shot a real nice gobbler.

This weekend was the end of the spring season in the county we hunt in so I decide to take both my dad and wife back up for one last go at it. I had kept a feeder running since deer season so when they migrated onto our lease. Gobblers had filled my SD cards so I knew my wife would want to hunt near the feeder which is legal in Texas. I decide to set some decoys and call out away from the feeder, but where we could still see it. The hogs finally started showing up during the day light, so we had two critters to look out for.

Late in the afternoon a hen comes in to the feeder I call to her just see what she would do...no response. About 30 minutes late a monster gobbler shows up at the feeder. I had already told my wife if the hogs show up...shoot one as soon as you get a chance, but if a gobbler showed up we would try to call him into shotgun range. If he wouldn't come she also had my brand new 6.5 Grendel build sitting in front of her.

Well I got zero reaction from him so I told her to take him with the little 6.5, which is also legal in Texas. Every time we've talked about where to shoot the turkey she want so shoot them in the neck...I tried to convince her to shoot them in the wing butts. The big gobbler goes down at the crack and starts flapping like a head shot turkey does. She ask if she need to shoot it again so it wouldn't get away, but I reassured her his was down.

Sure enough she had just shot him through the neck at 106 yards! Yes sir...I ranged it! 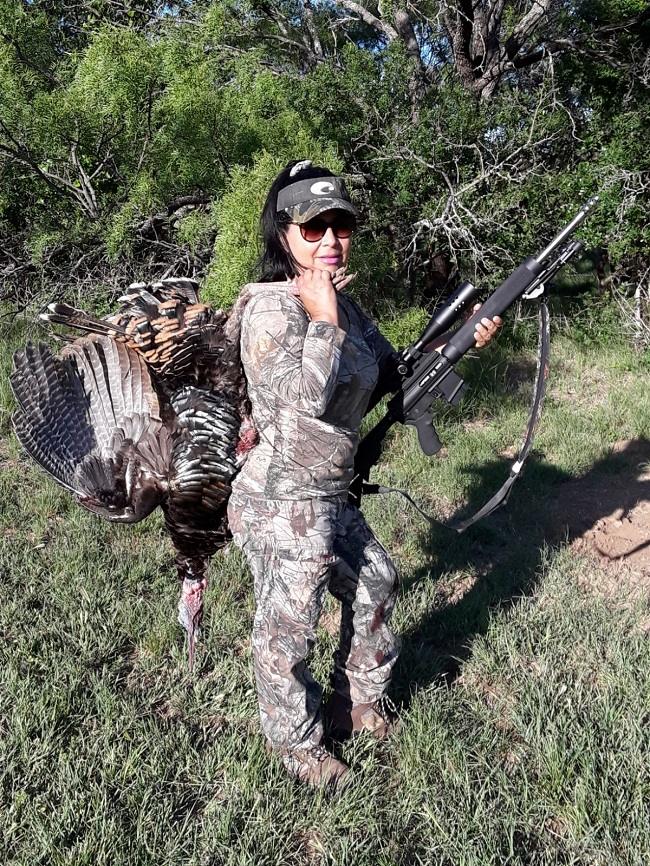 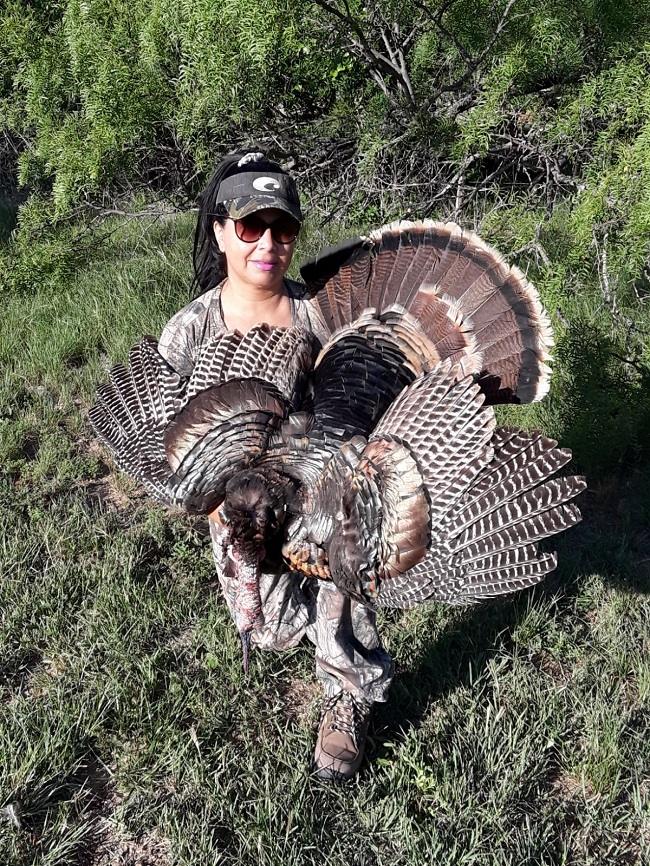 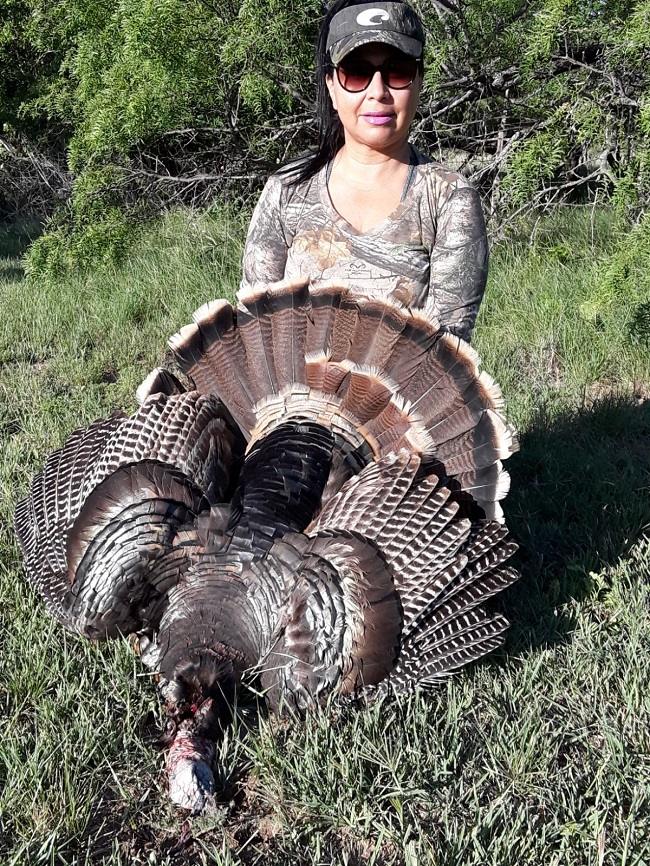 He sported a 11" beard and had well over an inch worth of spurs!
C 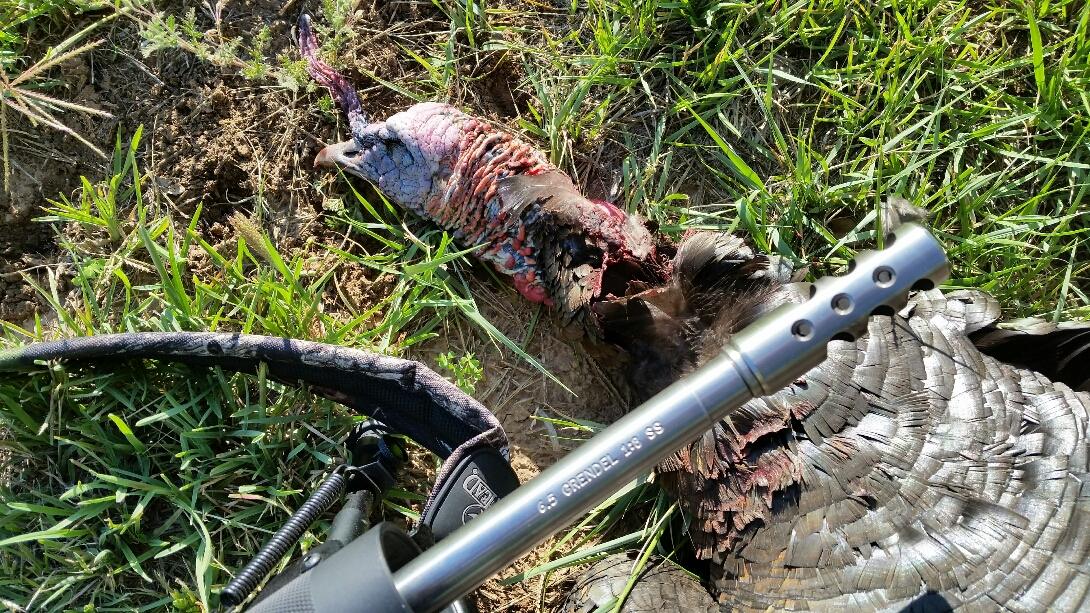