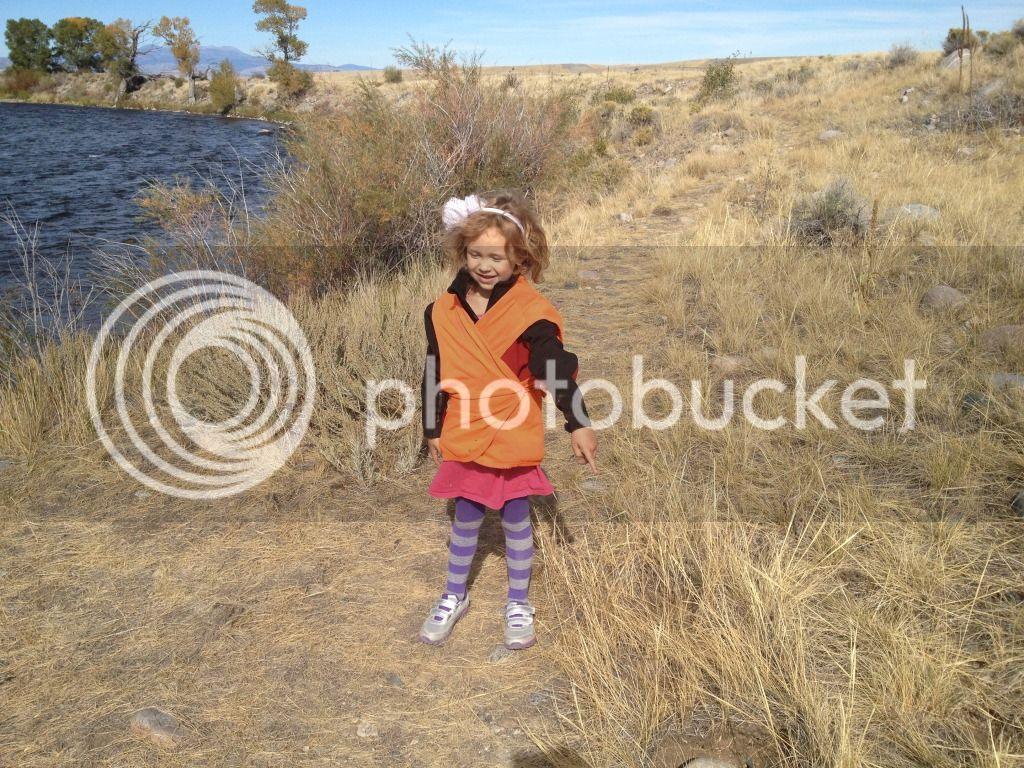 so, tuesday while Evie girl was lining up for the school bell, i was belly crawling across a section of public land looking at a herd in the far corner. i snuggled up to a sage brush about 500 yards out & started getting ranges. i gotta say how happy i was to have a fresh battery in the Zeiss PRF- it gave me instant ranges for everything i clicked on!

to backtrack quickly, i had Glen Demaray do some work to my Ruger M77 MKII .270 (trigger, brake, stock, bedding) last winter in hopes of being able to shoot accurately out to 800 with it. then with Glen's help, i developed a load with 150 SST's over H4350 & doped it out to 650 this summer. my Leupold VX-II 6-18 with the custom shop LRV reticle (totally worth the upgrade!) ended up being a great fit- the subtensions work out beautifully for 200 & 300. 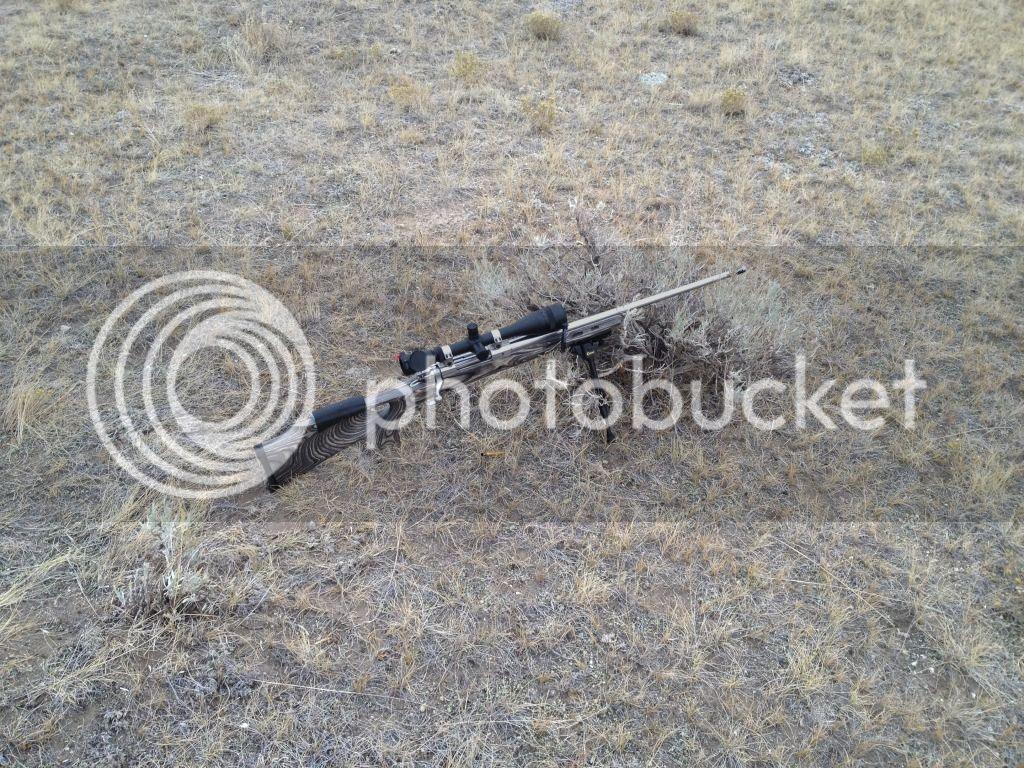 to say i was confident at 500 was an understatement, so having a herd out there between 450-500 yards had me feeling pretty good. i spent a good 20 minutes looking over the 3 bucks present- even dialed my Loopy for the one at 485, but decided that none of them would make book. i have a long-standing policy of passing young bucks/bulls & taking does/cows. simply put: if it isn't a trophy, shoot the tastiest thing in the herd. as if on cue, two does that i had overlooked stood up 270 yards away. i dialed my scope back down (2.5 moa up from 100 yard zero, .5 right for the 4 mph wind), and loaded the bipod. i had time, so i took my time & settled into slow, deep breathing, keeping my crosshairs on the bigger doe's shoulder as she fed to the right. the second doe was feeding with her on the opposite side, so i had to wait (i have no doubt that a 150 grain bullet will pass through a speedy at 270). when the two does separated, i clicked the safety off and gently laid my finger on the trigger. breathe in, push out all tension with the exhale, pause ever so gently at the bottom, BOOM.

the crosshairs had been seemingly glued to the upper front corner of white on her coat when i broke the trigger. my reasoning for this POA was that i was above her on a hill, and i was actually trying to place my exit, not entry.

the muzzle settled in time to regain the target picture just as the bullet hit. she actually humped up for a second and i thought "oh, no! did i miss my wind hold & gut shoot her?" then she stumbled about 50 feet to the right & crumpled. 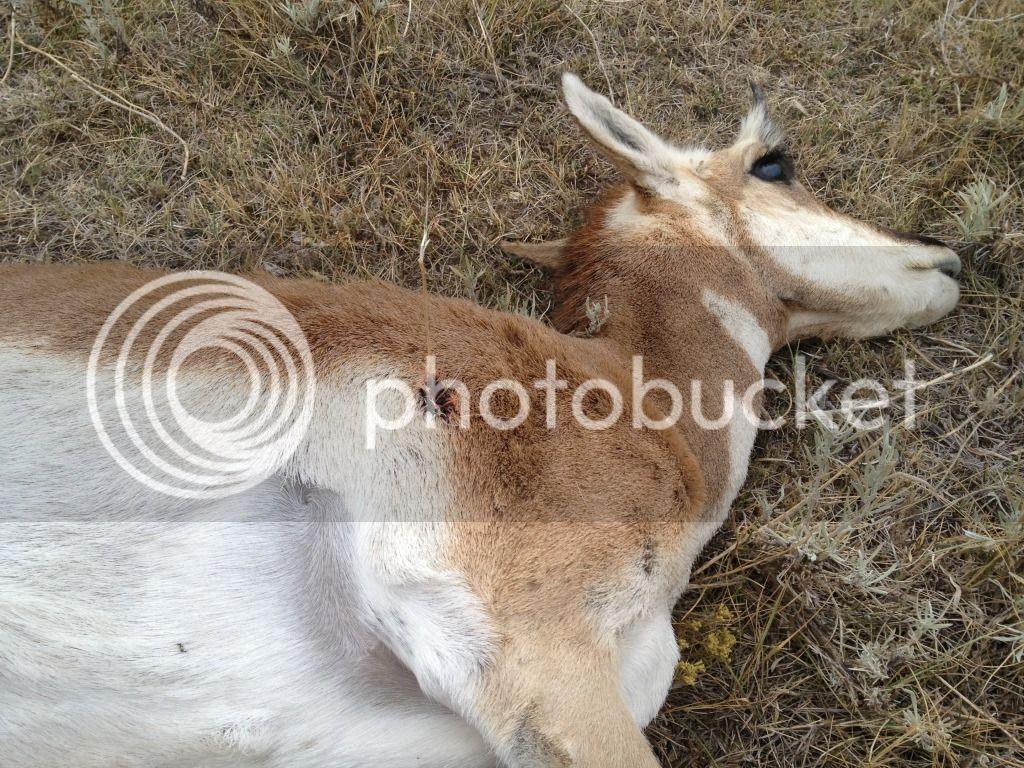 field dressing her told the story of the shot reaction- the bullet had come apart & ruptured the gut bag. it had also converted her lungs to pudding. self doubt removed!

i've been told that muzzle brakes confuse animals, but didn't believe it until now. within 20 seconds of the shot, the herd had gathered & trotted to directly between me & the doe. they settled to a walk, then went back to feeding. i didn't want to blow them out, so i laid there for another 20 minutes, but they had no intention of leaving. i eventually had to sit up to get them to leave. that worked pretty well- they didn't run, just walked up & over the hill to the right.

it's been a few years since i killed a pronghorn. i forgot how sweet the meat is & also how little of it you get. in hindsight, i wish i had taken a neck shot, it would have saved me a good 3#-5# of meat, which doesn't sound like much, but considering i only got ~30# total, it's worth considering next time- especially considering how much this gun likes this load. 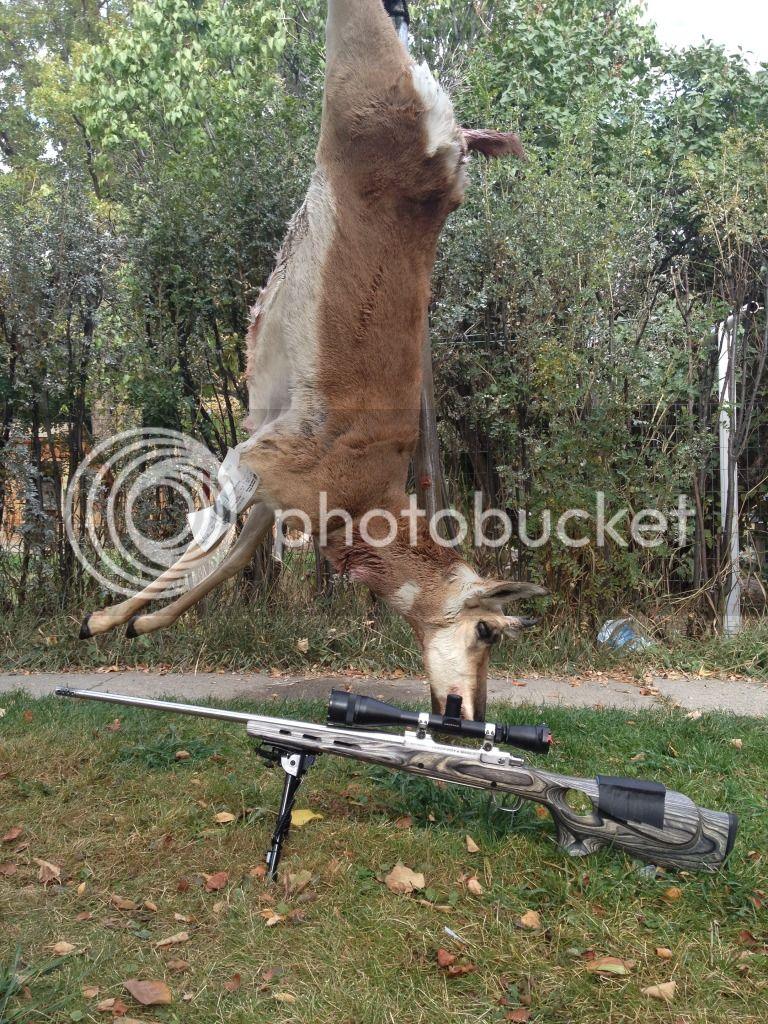 i know that 270 yards isn't a long shot, and i had every intention of making a worthy long range kill, but i have 2 small kiddos at home & i have a hard time justifying time spent away from them. one of them is hooked on hunting already, so i have no fears about getting plenty of hunting days in the future.

Your thinkin' is just about spot on!!!

Great cartridge, my favorite. Though I hooked on 140s w/as much speed as I can get.

Congratulations,
Good story, nice shot, and I love your attitude about life. Enjoy your children while they are young. God Bless

Good shooting, and you're right - they taste great!
M

Antelope with the girls
2

In the Bismarck tribune.

Antelope in the yard in town this morning
2 3