The breakage I have read about was in the several hundred rounds range.

That is significantly worse on the Grendle (still intentionally spelled that way) and much less than I would tolerate on a $60+ wear item.

When Grendle was proprietary and Alexander Arms was the only game in town, it was worse, the bolts were more expensive and the failures were pretty common.

There was no "Eureka!" moment where they fixed it, cheap box ammo just reduced the pressure is the only reason I can see for the bolt breakage to slow down.

What does that mean?

Second, you never know when you are going to lose a bolt.

When exactly do you life out a bolt?
A

Buck Fever said:
There is at least one poster in this thread that has broken bolts. How many is too many?

People break 5.56 bolts all the time but that seems to be people running cheap BCGs and doing mag dumps all the time.

When you see Grendle (spelled just for you) bolts break and you know they are doing slow fire and probably not steel case ammo, how much margin is in the design?

When you see failures and you also see how they screwed it up, that's not good.

Propagating the same weakness over several cartridges is just bizarre.
Click to expand...

How many is too many? you:"There is at least one poster in this thread that has broken bolts" that is out of over 100,000 people on this forum. You offer NO first hand knowledge of ever even seeing a broken bolt or owning a 6.5 Grendel. I HAVE 4 - 6.5 Grendels and have shot them for years and have NEVER seen a broken bolt. I have been a member on 6.5Grendel forum since the begining. It is a forum of 6.5 Grendel owners, and the broken bolts are not an issue. How many failers have you seen? Or did you just read about it??
B

I know a few people who have had issues, heard of a few more second hand.

I don't have any personal first hand knowledge because I won't touch that hot potato.

6.5grendle forum is one of the biggest jokes I have seen. No bolt problems there, they know how to delete threads.

Anybody other than ballistic advantage chambering barrels for this yet?
7

jmcmath said:
Anybody other than ballistic advantage chambering barrels for this yet?
Click to expand...

Faxon is, and so is TBOX barrels, but those are the only others I know of currently
C

Buck Fever said:
I know a few people who have had issues, heard of a few more second hand.

I don't have any personal first hand knowledge because I won't touch that hot potato.

6.5grendle forum is one of the biggest jokes I have seen. No bolt problems there, they know how to delete threads.
Click to expand...

Buck, you and I can agree on one thing...there some clowns on the 6.5 Grendel Forum. They have a strong following that suggests you only need a 10.5" barrel for the 6.5 Grendel...they will also try to tell you all the powder charge is burnt in the first three inches of barrel!

I go over there (same user name) when I get bored to mess up their day. I'm sure one guy has to refill his meds after my visits! LOL

BUT, to be fair I've read plenty on that forum about faulty bolts. But for some reason they refuse to let it go! It was during the "Type 1 bolt" area they seen the bolt failures and the early, early day of the Type 2.

Your missing out on fine chambering for the AR platform. At one time I had 4 - 6.8...I no longer have any. I ended up giving them to my kids.

I do currently own a 10.5" 6.5 Grendel because I'm try to get a night vision rig weight down for my wife. But so far it's still very heavy with the ATN 4K scope and a 10" SOS Hunter suppressor.

Anyway...we'll just have to see how this 6mm ARC works out...maybe just maybe I might build one to see if it works good for long range steel.

Nope, it uses a 6.5 Grendle bolt I think which is the reason why I'm not interested.

jasonco said:
Looked at what the Hornady boys did with the cartridge/bore, it's REALLY close to a neck-down, WITHOUT being a neck-down! When looking at SAAMI Specs, side by side, with the 6.5 Grendel. I'm just appreciate that I can get "6mm Grendel" factory loading stuff. I already have a 6.5CM AR10 and it's on the heavy side and my 6.5 Grendel is a light handy AR15, soon to be a 6mm ARC, when I get a barrel.
Click to expand...

You know I'll have a junk barrel Grendel that sets around just wanting a new life.
B

I am the Administrator of 65Grendel.com and I've never deleted a "broken bolt" thread.

Buck Fever is repeating, almost word for word, the rumors spread by a well-known 6.8 SPC fanboy whose signature line was, "Proud to say I've done more damage to the 6.5 Grendel than anyone." Seriously? So take that for what it's worth.

Anyway, 6.5 Grendel would not have come from way behind in 2004 (didn't have the "chosen by U.S. Special Forces and will be the next Big Army round" hype and consequently huge industry support the 6.8 SPC rollout enjoyed) to being the massive success it is today — having outpaced the 6.8 SPC — if there were any inherent flaws as designed for the AR platform.

So, 6mmARC only builds on that same foundation of 16 years of 6.5 Grendel success and is a very well-engineered design. Unless Hornady is flat-out lying and 6mmARC was NOT developed at the request of a Department of Defense entity, we can assume it has been tested to their satisfaction in the AR platform.

Buy both 6.5 Grendel and now the 6mmARC with confidence.
C

Well ladies and gentlemen I got 6mm bullets and dies at the house...just arrived today, but I'm on a hog/Aoudad hunt in central Texas.

Oh...the hog/Aoudad hunt...wife has one 135lb class boar down on the first afternoon of the hunt.
B

CC, assume your dies are Hornady only, at this point?
C

Yes sir...they are. I use the with my Grendel's without issue. MOA is fine for me...I kind of hope this barrel will be a bit better. I want to stretch it legs out to 600 yards.

My experiment with a 24" Grendel was never promising. It was just all over the place when it was windy at 400 yards.

I hope to pick up a little BC with 6mm bullets. Be nice to have a reliable 600 yard steel gun that doesn't burn up all my powder supply.

In the 24" I was shooting fairly light bullets 107gr TMK at 2680fps. The decent velocity didn't help over come the low BC bullet on windy days.

If it dont work out I can always screw the Grendel barrel back on. 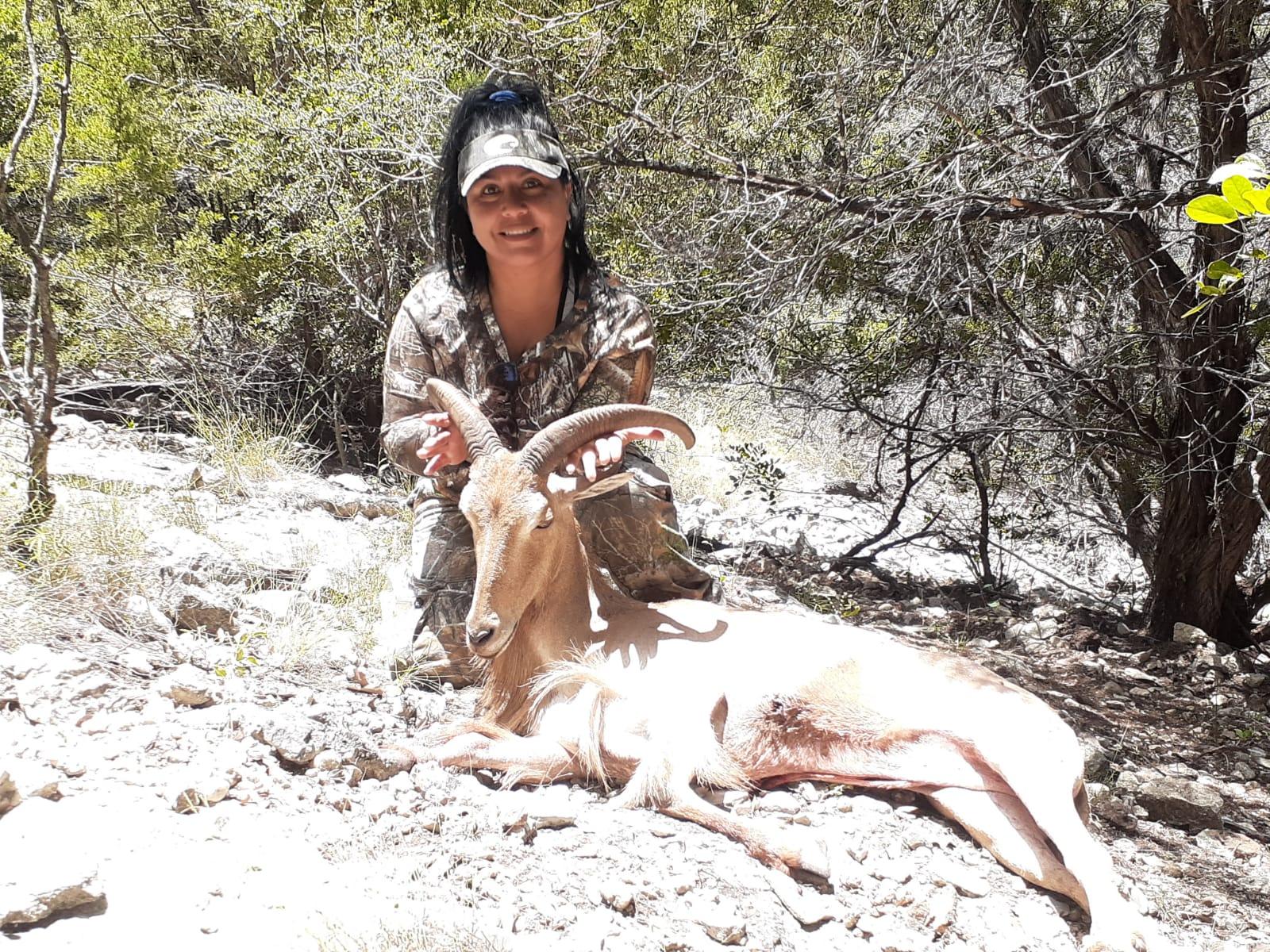