Here is a 9 pt. whitetail that I took in NW Wyoming in late October. Myself and "Mo" from LRH had decided to check out one of our honey hole ravine's. It was around 2 p.m. and we hoped to find some deer bedded below our vantage point. After about 20-30 minutes behind the spotting scope, I had located this buck, as well as a few does. We usually try to hold out for 140" or better bucks, but this was a nice looking buck and too good of a shot to pass up. My swaro rangefinder showed the buck was 620 yards away. While the wind had been gusting around 7 mph from 2 o'clock, while we were behind the spotting scope, it had practically stopped once I got settled behind my SSG built 300 RUM. When the 190 gr Berger VLD left the barrel you could hear it sizzling through the air, then came the sound of a very distinct wallop. The buck never moved from his bed. 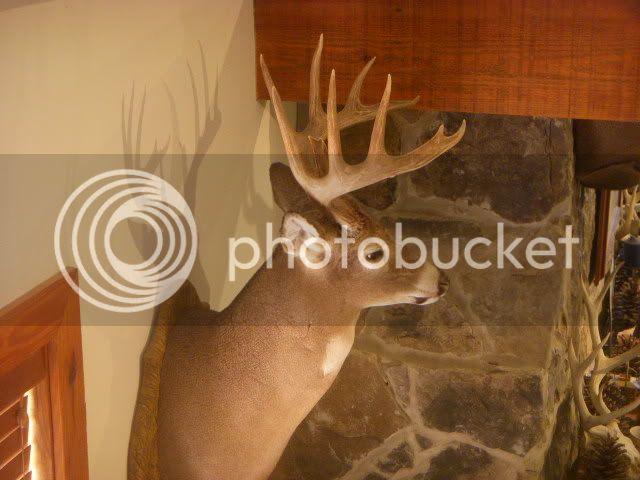 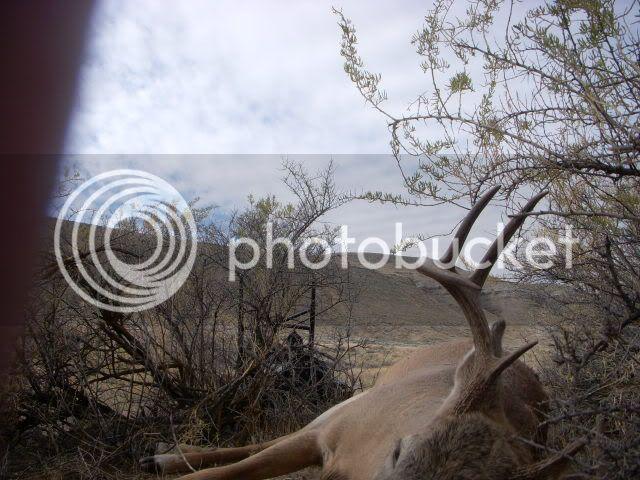 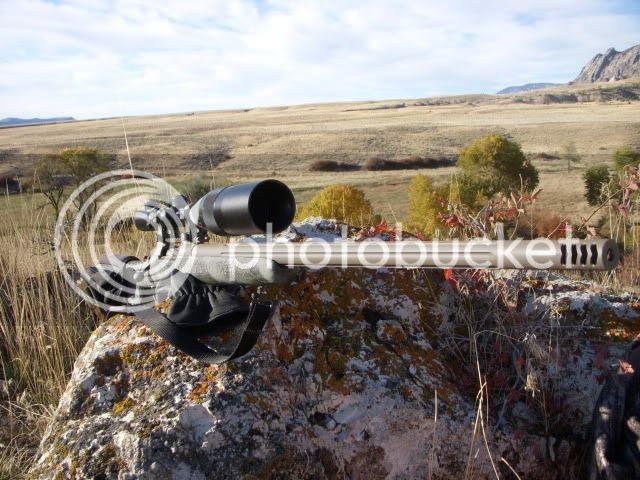 We also hunted antelope in central Wyoming, before we started our deer hunt. I had seen this buck the day before and noticed he was missing his right cutter, but he had good mass and was a really nice buck for the area. I was actually waiting for his does to get clear of him before shooting and was going to have an "easy" 400 or so yard shot at him. That is until a group of hunters stopped out on the road and decided to make a direct stalk on the herd. Note: this will NOT work if the antelope can see you. This move sent the herd in my direction at full speed. Once again I have no shot until the buck was about 30 yards away, due to being surrounded by his does and since my scope was on 15x I missed him clean as he sped by, but I managed to get a Berger VLD in him once he got out around 100 yards. 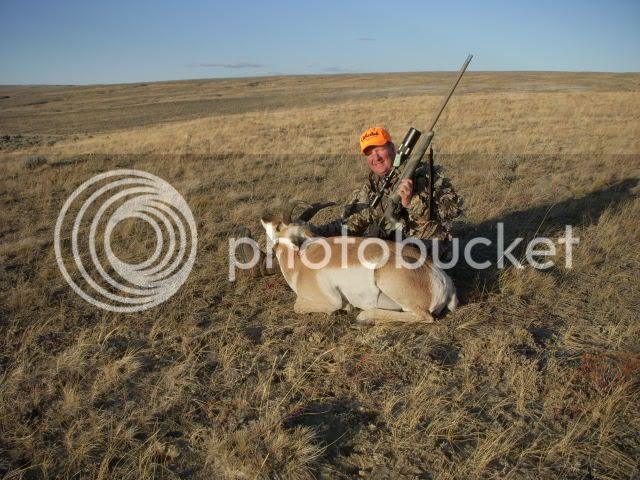 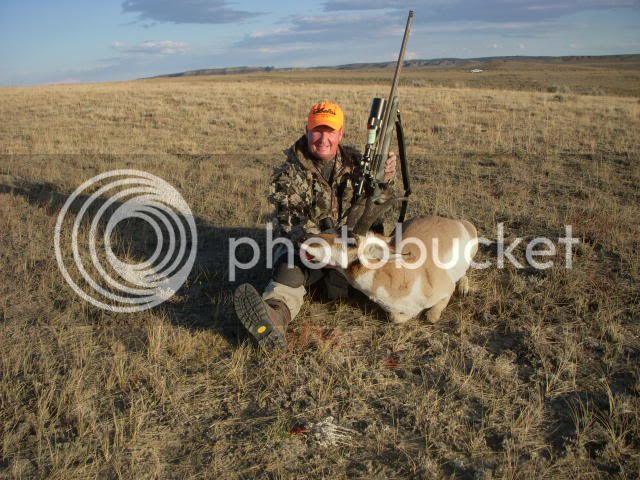 Nice work! Great story and pictures. What are the specs on your shooter?

The specs are as follows:

WTG nice buck and goat, looks like yall had a great time.
M