Hey guys, I’m looking for a 280ai in a factory or custom build. Not sure on budget yet, but unless it’s scoped I really don’t want to spend over $2k. Message what you have.

I have a Christensen Ridgeline in 280 AI that I could perhaps be convinced to part with...PM me if interested.

Spend $500 more and get a new Alamo Precision Maverick!
K

Tagging in to watch this one. I paid 2K for a used Cooper 280ai then another 2K for the NF on top (extremely happy with both). Just curious what's out there for around 2K in a custom build.

2k is maybe possible if u build it yourself. Or u could get lucky like I did about 12 yrs ago. I have a friend who became obsessed with long range shooting. He is a wealthy man and has a lot of free time, and literally one month he was taking his first trip to the range with his one and only rifle, an older weatherby w/ a beat up wooden stock. A month later he had bought several heavyweight bench rifles, shot everyday and was ready to build his own rifle to shoot competitively....as in build it himself....which required buying or gaining access to all the equipment. The guy is an absolute perfectionist and I knew he’d do well with whatever he attempted. He offered to build me a hunting rifle if I provided the components just to get experience. Until then I had only owned factory rifles and, for all I knew, my browning a-bolt medallion was as good as I could get. I let him pick out the materials, he already knew a helluva lot more than I did. In no time I had a .280ai, with a shilen action, Lilja barrel, jewell trigger and McMillan stock. The barrel isn’t fluted or braked, and the naked gun weighs a little over 8lbs. To this day I’ve not shot another one that is more enjoyable.....the recoil is so light and it shot between .25 and .5 MOA with everything we fed it.
I think I may have a little more than 2k in the parts but can’t say for sure. I tried to pay him and he wouldn’t take it.
As a side note my buddy continued to shoot and shoot and shoot.....and he was good at it. He shot in many competitions all around the country and won his fair share. About 5 yrs ago he was shooting on some sponsored Team USA. His garage looked like a Nightforce outlet store. He set a new world record for a .308 at some ridiculous distance. Not sure if it still holds.
Then, just as fast as he dove in to long range shooting, he jumped out. Basically gave it up and no longer competes. Go figure.
I know that’s a long story to make my point but it’s interesting.

Bergara has their premier barrelled action in stock in their webpage in 280AI. PM for a coupon code. You buy a stock and trigger and you’re set.
R 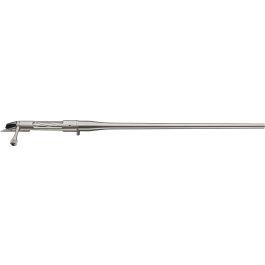 The Premier action is designed as a two-lug system that features a separate floating bolt head to ensure contact with the lug abutments in the action. It also features a cone-shaped bolt nose for smooth feeding of the cartridge, and a spring-loaded slidin

The Premier action is designed as a two-lug system that features a separate floating bolt head to ensure contact with the lug abutments in the action. It also features a cone-shaped bolt nose for smooth feeding of the cartridge, and a spring-loaded slidin

Interesting. I didn't know you could buy a bergara barreled action
R

This is the length and weight of their premier mountain rifle.

Your question prompted me to call him and ask. He says he isn’t selling anything right away. He just left Team USA (says competition shooting got too political), and hasn’t ruled out the possibility of getting back into it. I don’t know much about that culture, but have learned a little from talking to him. His records and success was in the F-class, which I’ve never heard of. Apparently he was shooting a .308 at 1000yds and the rifle had to be below a certain weight (around 15lbs I think). He did offer to give some primers, powder and brass if I needed it. Alas I don’t reload.
Anyway, my guess is if he ever does sell off his stuff, there are guys he knows that will be quick to scoop it up.
You must log in or register to reply here.
Share:
Reddit Pinterest Tumblr WhatsApp Email Share Link