This build was inspired by a buddy of mine's build on another forum. Since I have shrugged off pretty much everything but the mighty Savage, this one is built on a Savage action. McRee Precision folding chassis. Ops Inc 3rd model 30 cal. suppressor. 10 twist Shilen 16" 308 barrel. Flip-up back up iron sights the rear sight is stored in the stock pack and once the scope is removed it can be installed on the pic rail. HDMR with G2 reticle. Without further ado.....Here she is: 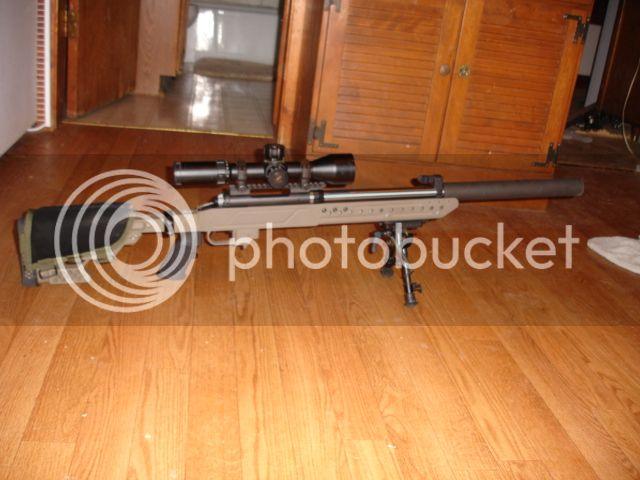 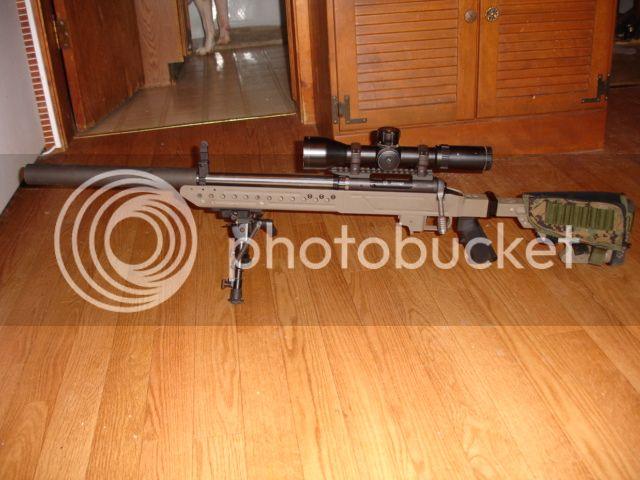 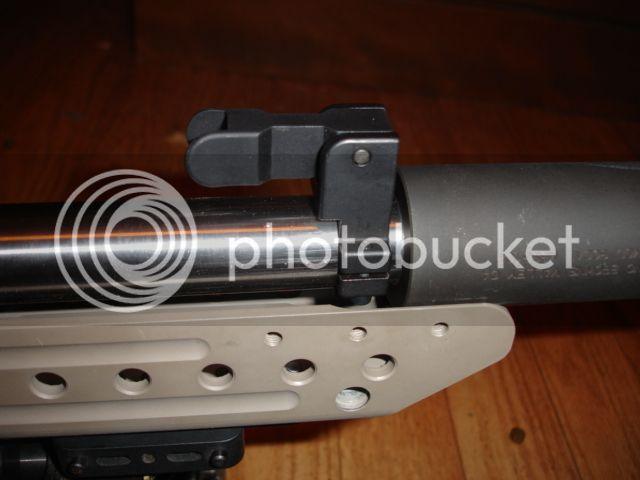 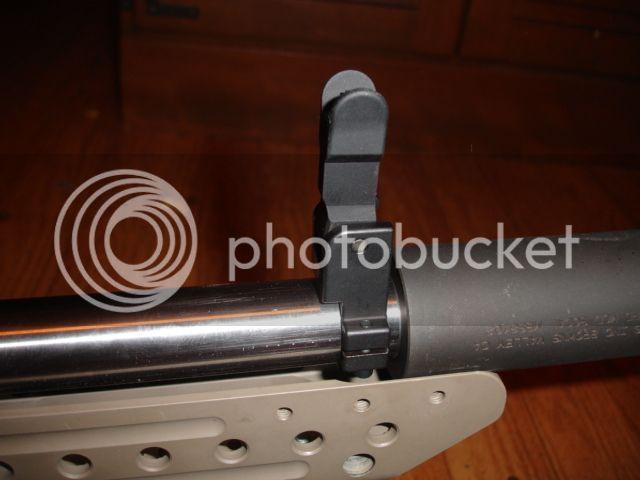 The rifle weighs 14 lbs sans scope. 17lbs with scope. Below are some pics with the rear sight attached and no scope. 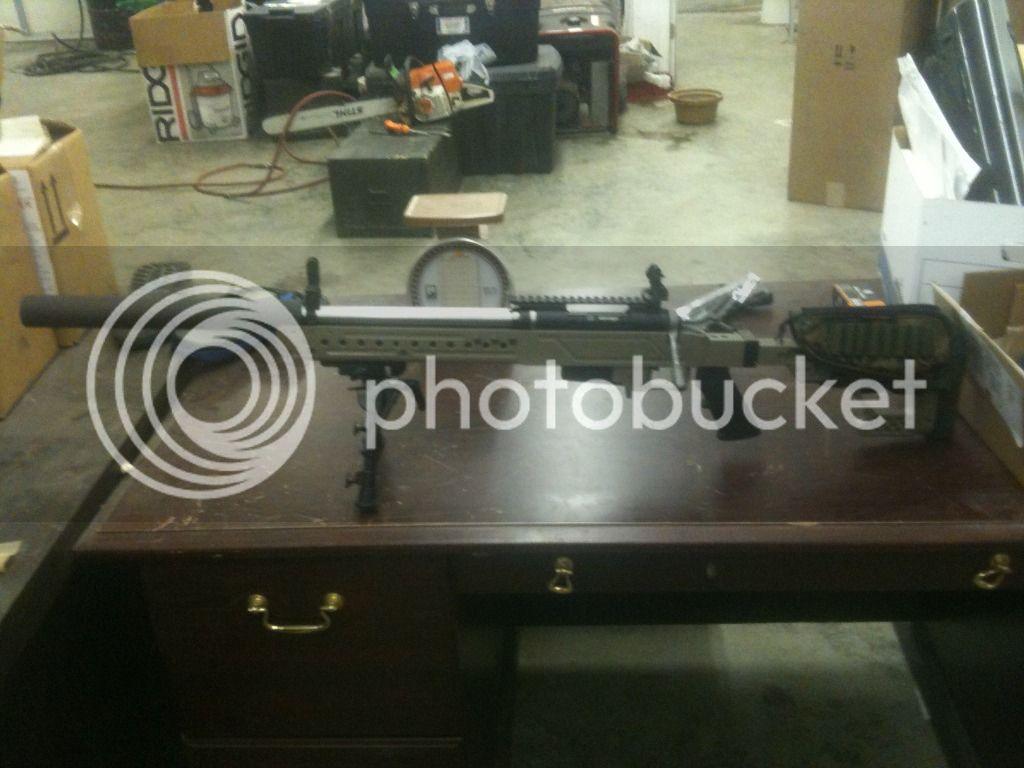 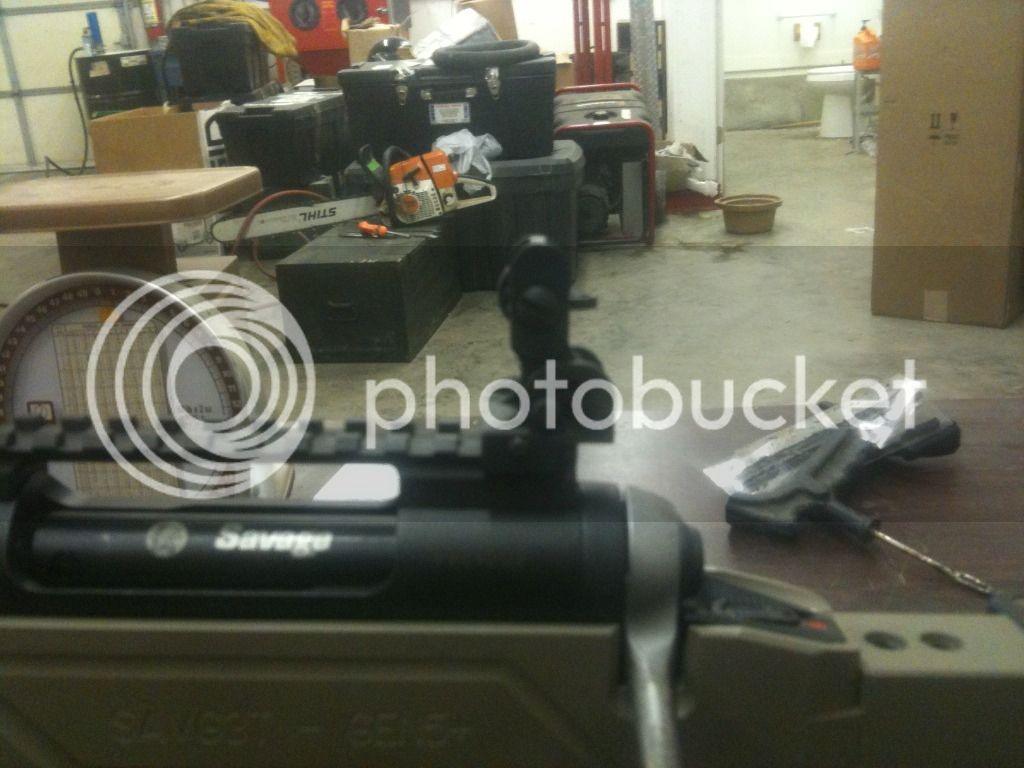 Zeroed the scope today. Upper right shot was the first shot after boresighting. Subsequent shots were a mix of some 208 A-Max loads I had left over from another gun and some Southwest 155 Scenar loads. There was a .1 mil adjustment in there somewhere after I got in the red also. But if I had to guess there are probably 12-15 shots in that group. Seems to shoot pretty good. Scenars were 1.7 mils to 425 and 208's were 2.5. 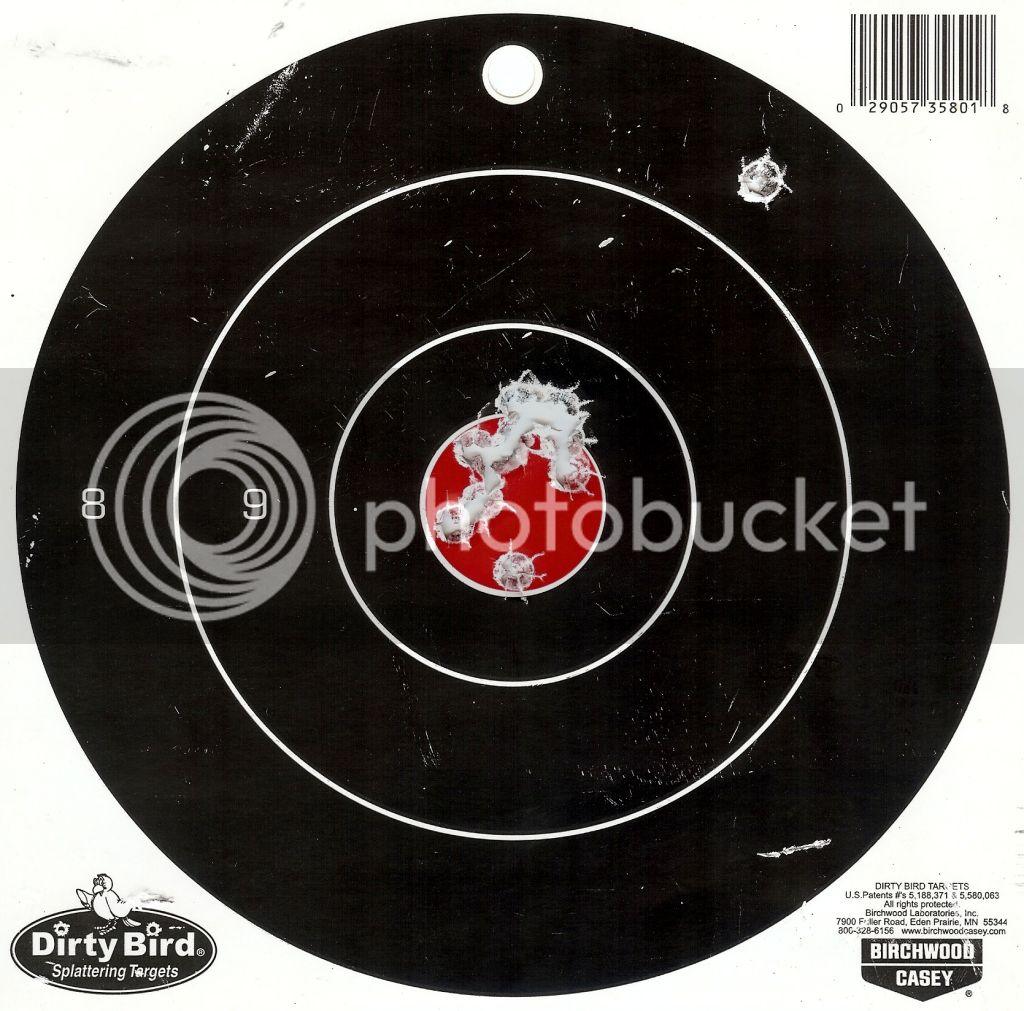 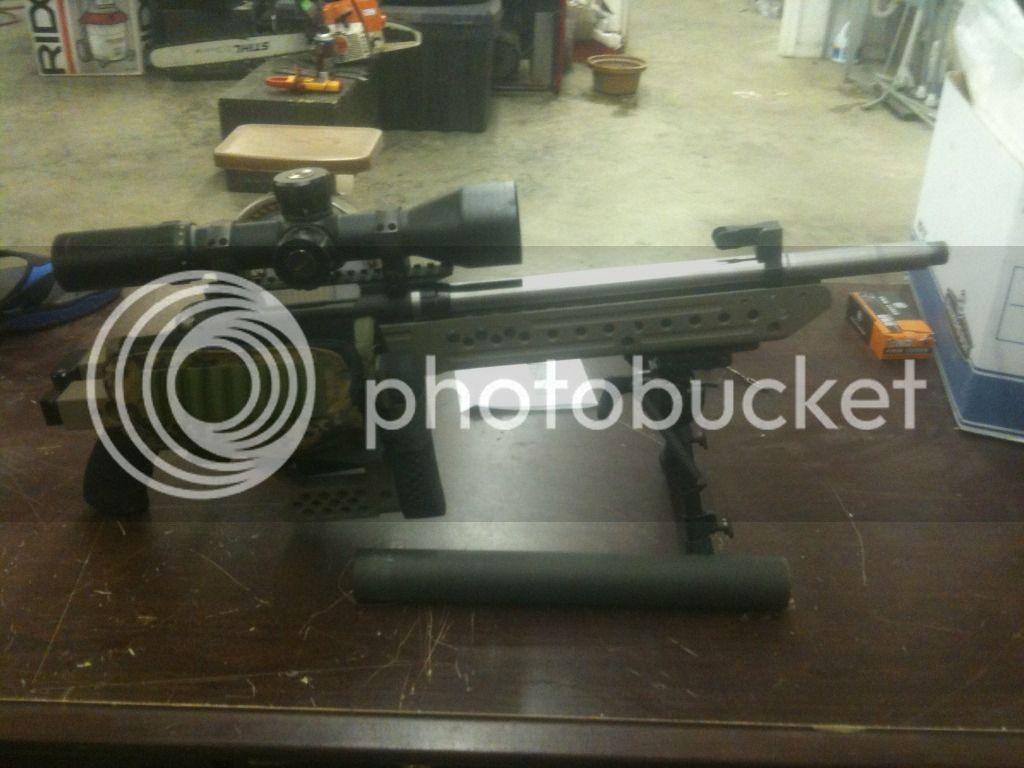 That is nice...I really like that setup. Do you have any experience with short 12 twist barrels? I see yours is a 10, as are most of the 16 inchers I see.
7

timl said:
That is nice...I really like that setup. Do you have any experience with short 12 twist barrels? I see yours is a 10, as are most of the 16 inchers I see.
Click to expand...

I do not have any experience with the 12 twist barrels. This gun shoots some Southwest factory 155 grain Scenar loads at approximately 2850 fps. They are pretty accurate but not what I would call optimal from this rifle. Your 12 twist would probably do the same or a little faster with handloads. I feel the shorter barrels really shine with the heavier bullets and RL-17 powder. I have 500 208 BTHP's sitting here to load up. 48.5 grains of RL-17 should push those bullets just over 2500 fps. IMO this is a **** good combo for target shooting as well as hunting anyhting in my area.
7

Last bit of bling before it goes off to paint. 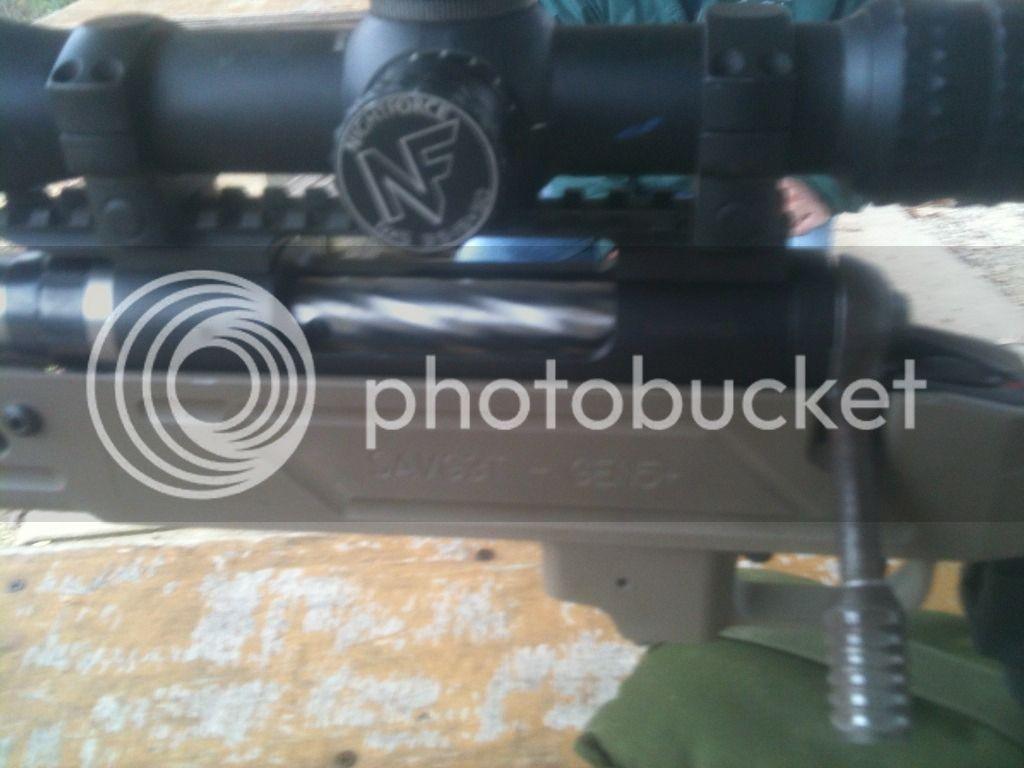 That is definitely a McStubby... Looks like a lot of fun & LH to boot! I can't argue with that I'm starting to see a bunch of the HDMR's.... how's it holding up for you? The iron sights is a cool idea, i'd never thought about that before I saw the Beiber....

I'd like to see that little Napoleon after paint .