What's the going rate to have a rifle rebarreled these days? I'm looking for a new smith and just want to know a round about figure to have a new barrel put on, cut and chambered. Thanks!

Thanks. I was quoted at $350, so that seems to be fair then. He said $650 with a benchmark, but I'll be giving him a Bartlein instead.

why is the benchmark 300 more?

350 to put a barrel on, 300 for the benchmark barrel...so 650 total. You dont get any barrels for free that I'm aware of. I dont like Benchmark barrels, so itll be 350 plus whatever the cost of my barrel of choice is, which is Bartlein. Make sense?
S

remingtonman_25_06 said:
350 to put a barrel on, 300 for the benchmark barrel...so 650 total. You dont get any barrels for free that I'm aware of. I dont like Benchmark barrels, so itll be 350 plus whatever the cost of my barrel of choice is, which is Bartlein. Make sense?
Click to expand...

Have you had any issues with Benchmarks?
In my experience they're among the best

Send it 284 said:
Have you had any issues with Benchmarks?
In my experience they're among the best
Click to expand...

I’m curious as well. I hear nothing but good things about them.

I recent paid $375 for a Krieger barrel and $350 to have it threaded and chambered. That includes crowning the muzzle but did not have the muzzle threaded.

I did have a Benchmark, and it's the only one I'll ever own again. My smith had an extra Benchmark laying around his shop when I was having my 7-300 win mag built, and he gave me a good deal on it. I didnt want to use it honestly, wanted the Bartlein put on, but he said just try it out and lets go from there. (I get Bartleins for $350, which isnt bad considering I'm not a dealer, or FFL holder. Well worth the extra $50 over a Benchmark in my sole opinion anyway.) So that's what we did, I loaded up 162g AMAXs with H1000 and the best I could ever get with that Benchmark, was 1 MOA. Not hardly what I was after. So he yanked it, screwed on my Bartlein I originally wanted in the first place, and the 2nd load I tried with 162g AMAXs and H1000 went in the .3s Shot that load for 5 years and it held 1/2 MOA to 1400 yards. Just this spring I decided to try the 180g ELDMs with H1000 and it shoots even better yet. I may have just got a dud Benchmark, but I've never had or seen a bad Bartlein, so I will continue to go with them. Once I get burned, it tends to leave a sour taste taste in my mouth. A good buddy of mine has several very good shooting Benchmark rifles, I shoot with him all the time. But he just got his first Bartlein, and hes sold on them as well from now on. 1/4 MOA out of the gate on his 6.5 SAUM. Anyway, I'm rambling now, but shoot whatever you like and works for you! Below is a nice .3xx group at 300 yards with the Bartlein barreled 7-300 win mag/180g ELDMs/H1000. I used this rifle to enter my first LR shoot over the summer out to 1100 yards and ended up taking 1st place. 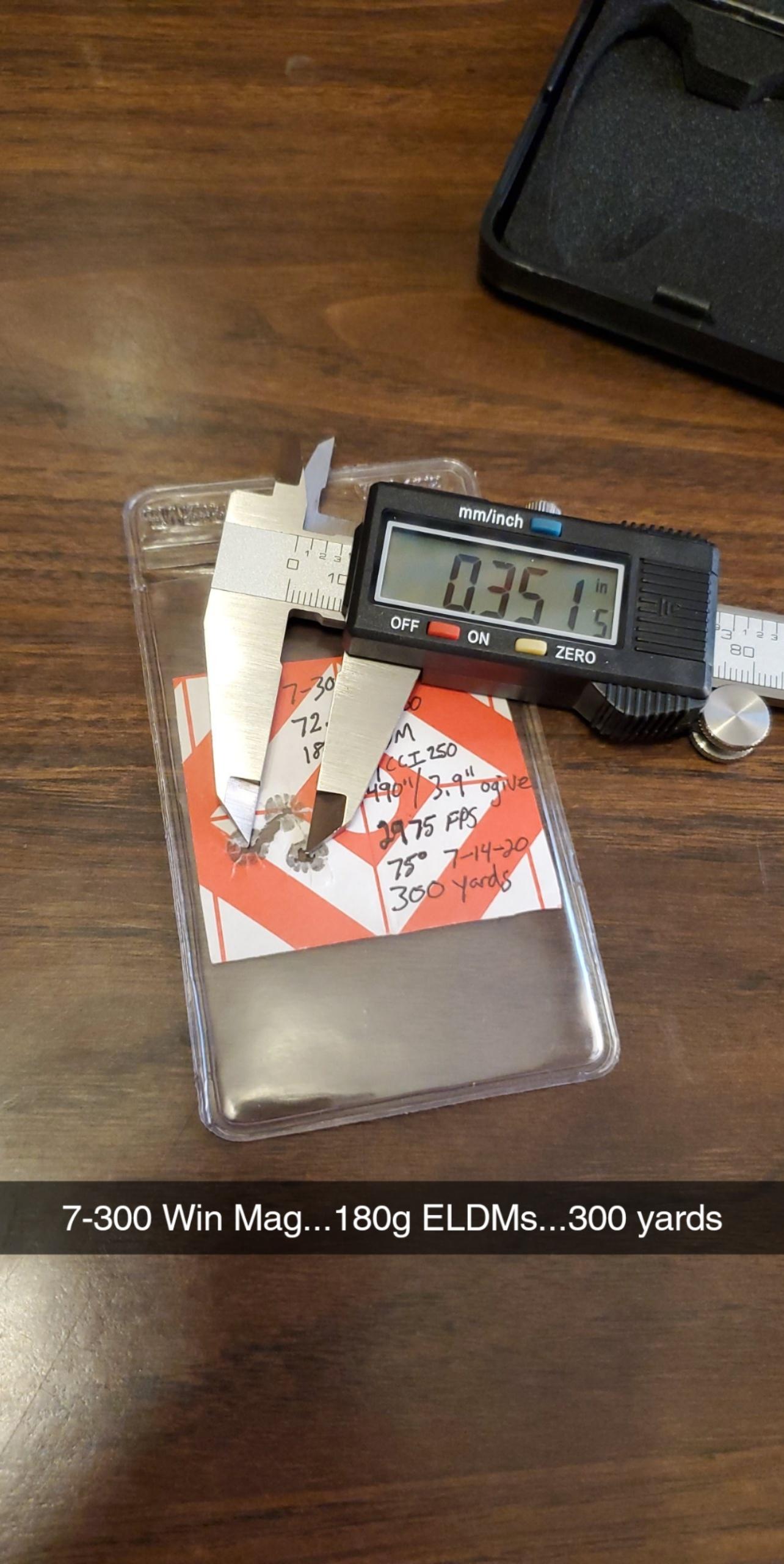 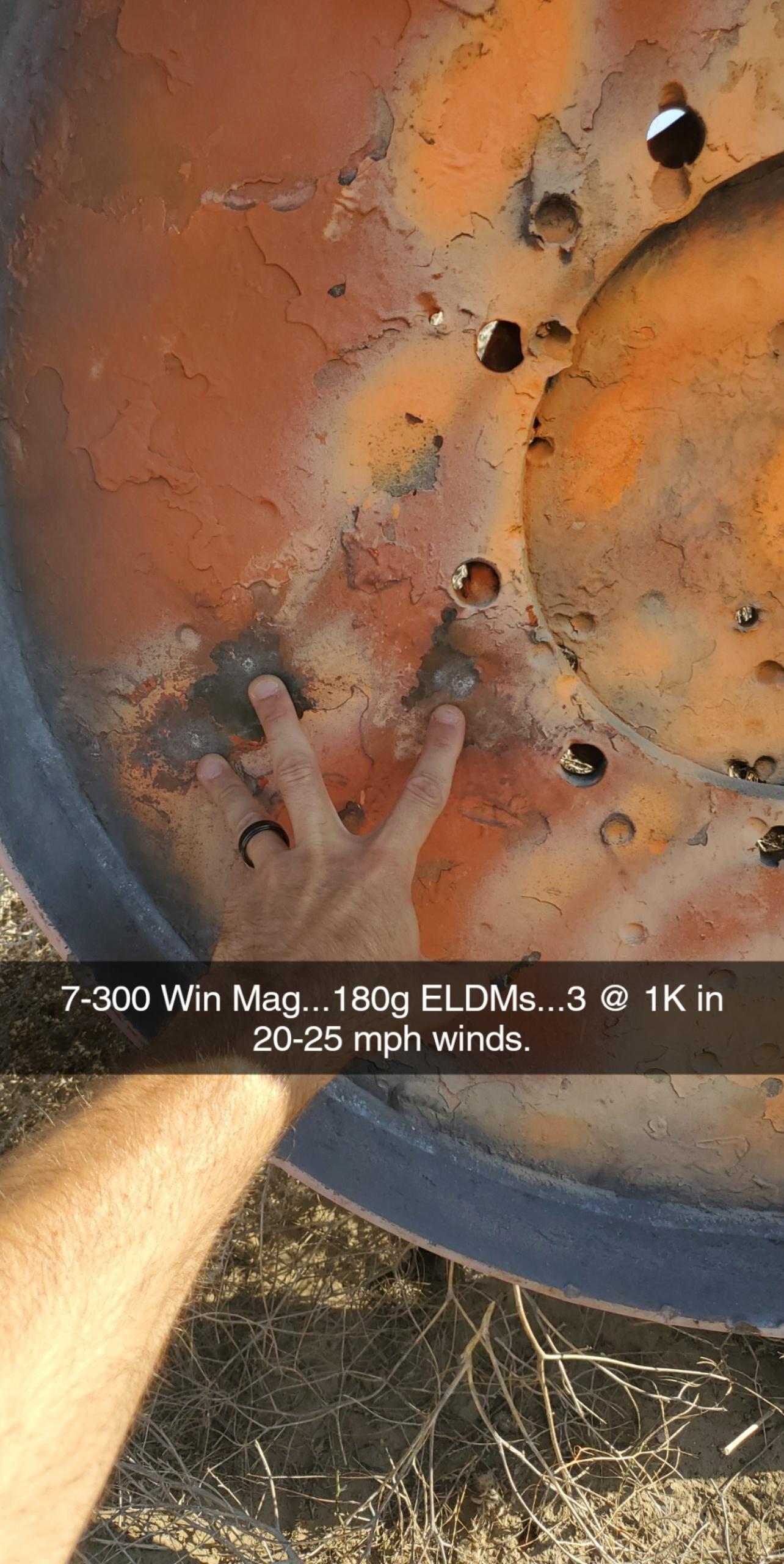 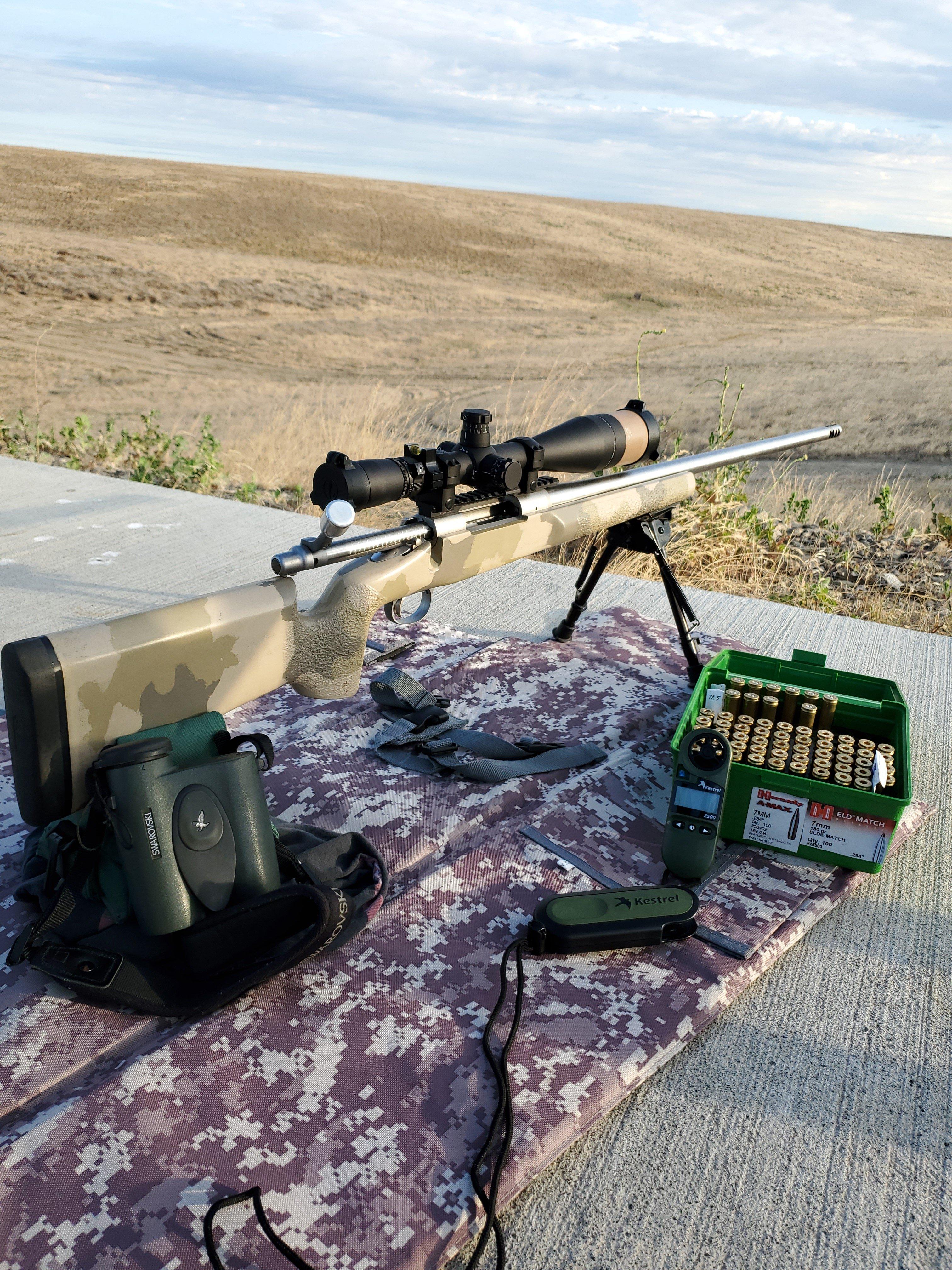 I'm sorry that you got a bad Benchmark Barrel. I'm certain that if you'd have contacted them, they would have made it right. I have personally had 8 of their barrels (I shoot competitively) that all have shot lights out. Their customer service is 2nd to none.

My Benchmarks shoot as good as any of my barrels.

Is that a mcmillan in desert camo?

Hart rifle barrels will put one of their barrels on for you, do all your action blue printing, and blast it for $775. This was the 1st load I tried after breaking in the barrel. I have kriegers, hart, bartlein, lilja, and Brux. I’ve noticed no difference in any of them. This hart shoots the best up close, and my krieger the best past 1k. 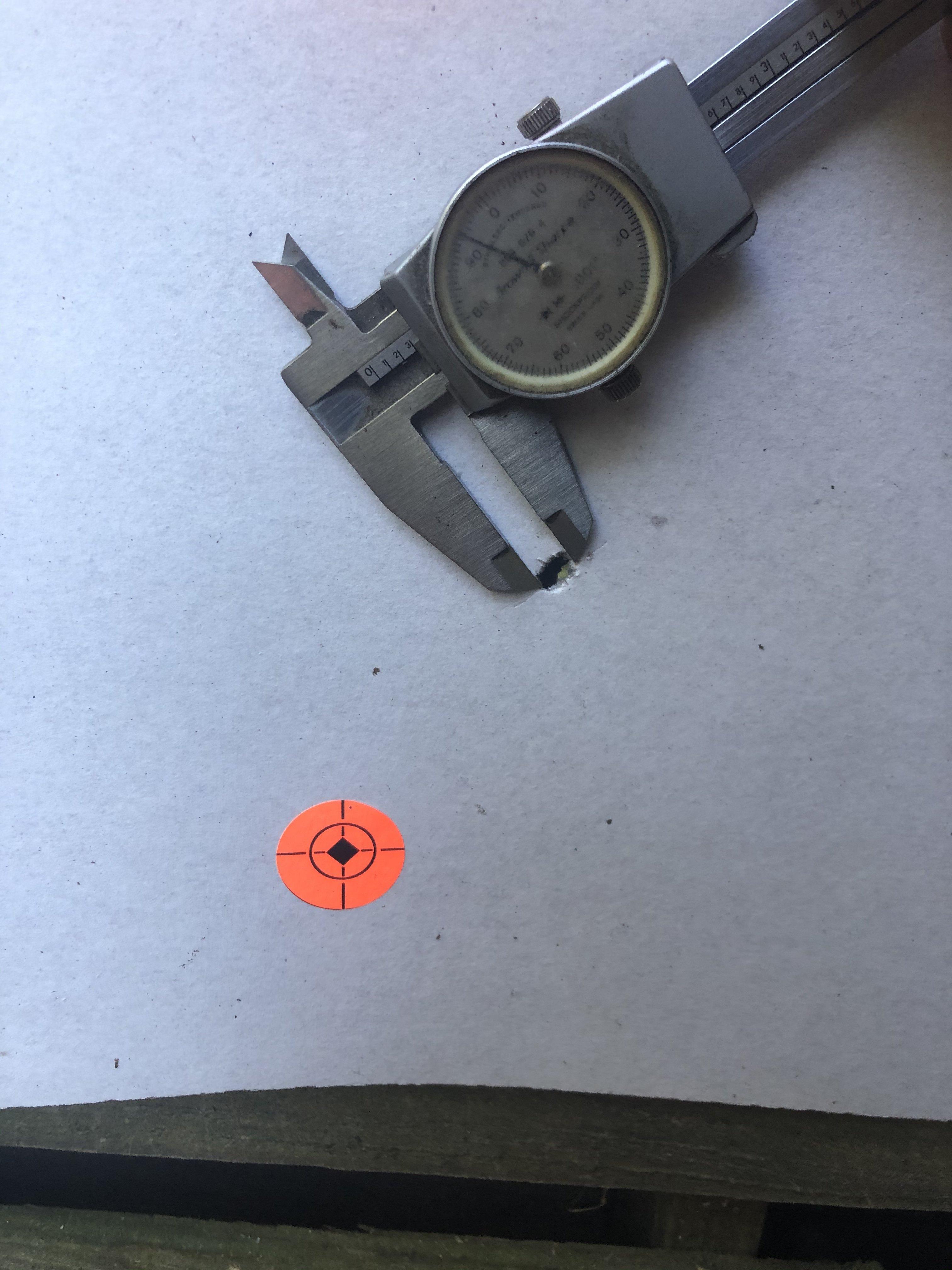