I went on a Aoudad hunt las december with a fiend of mine. This was a fully guided hunt in Northern Mexico and managed to get an awesome 35.5" monster.
We located a herd that was covered by some trees around 250 yds away from us and my buddy decided to take a shot on what looked like a nice Ram. He took the shot with his 7mm wby and the ram ran away. He was pretty sure it was a good hit, so we went to look for it. There it was, 50 yds away laying dead. Just before we got to him I saw the rest of the herd running away and decided to go and pursuit them. I spotted a really nice ram among them. Grass was really tall so walking/running was really challenging but after zigzagging for a while, the herd separated in 2 and I managed to stay behind the big ram I spotted. They were hiding behind some trees and brush when a small ram crossed in front of me 200 yds away. I stopped and waited for the rest of the herd to start crossing and they did. The third Ram that "attempted" to cross was the one I was chasing; when I saw the horns running I lifted up my rifle, aimed for the nose and Bang-Flop. He just kneeled down on the spot. The shot was quite challenging. The Ram was running from right to left, I has to shoot offhand and was pretty agitated after the chase. It took just one 6.5mm 147 ELDM on the neck out of my 6.5 Creedmoor to get him DRT. 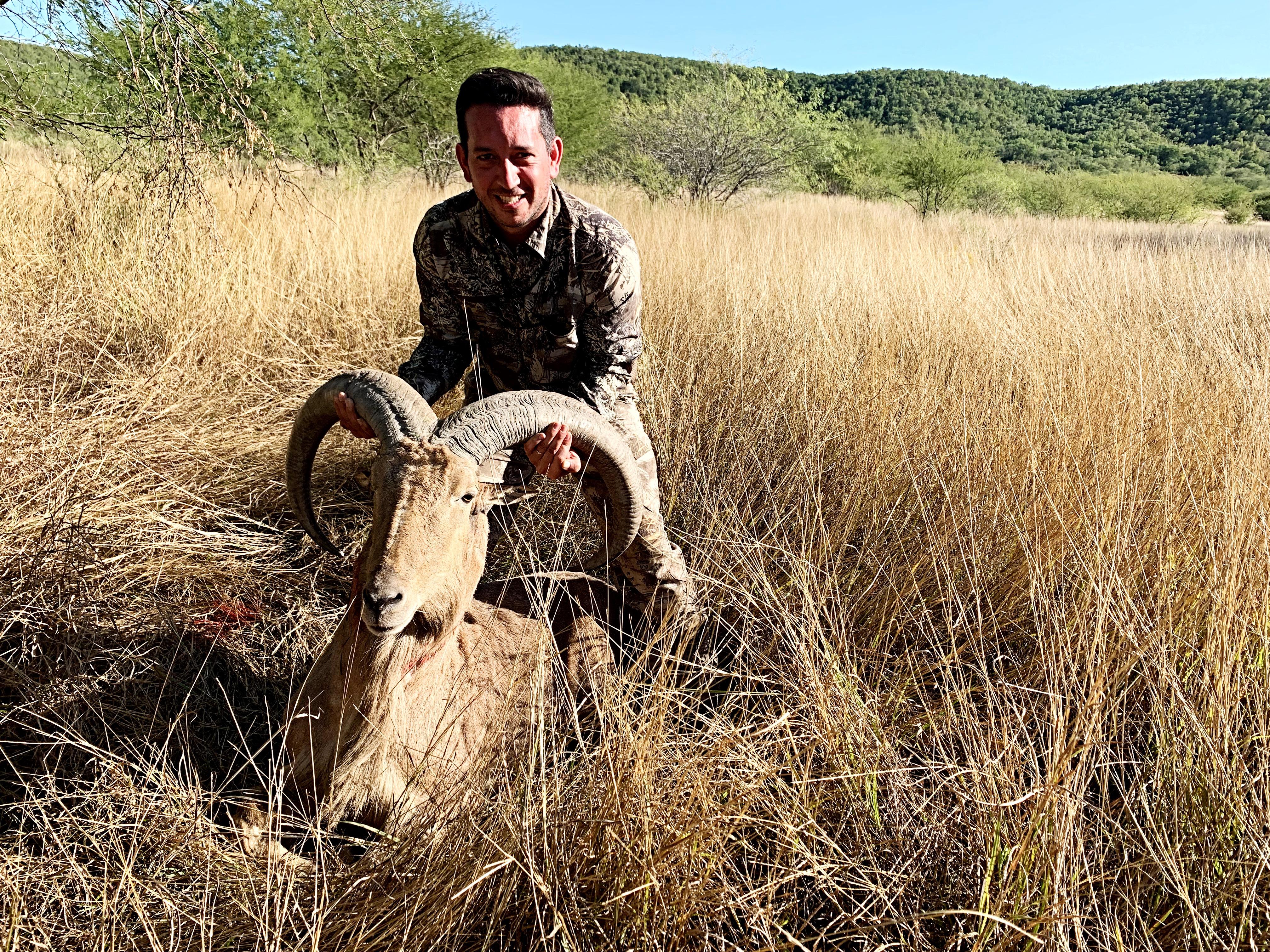 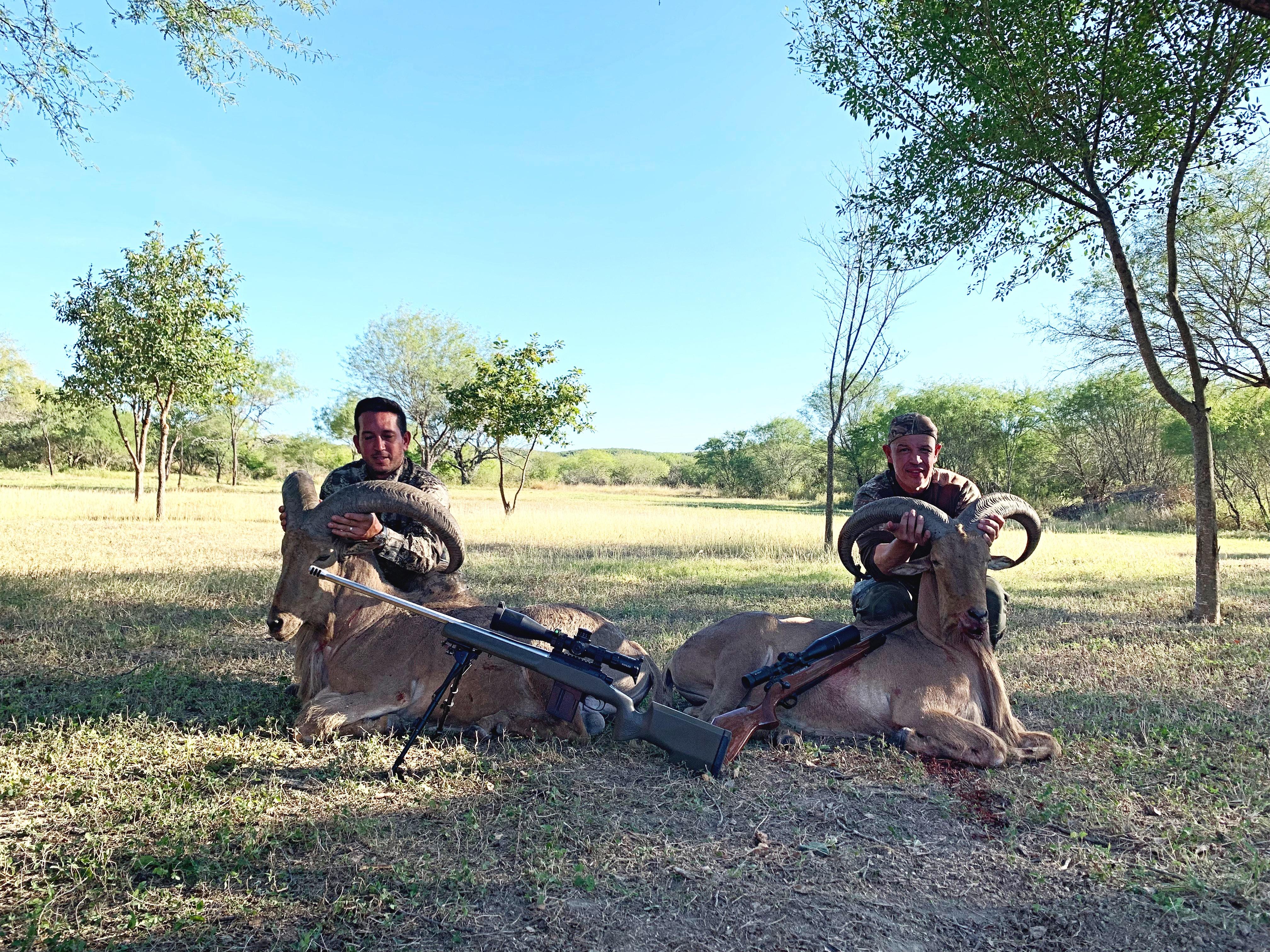 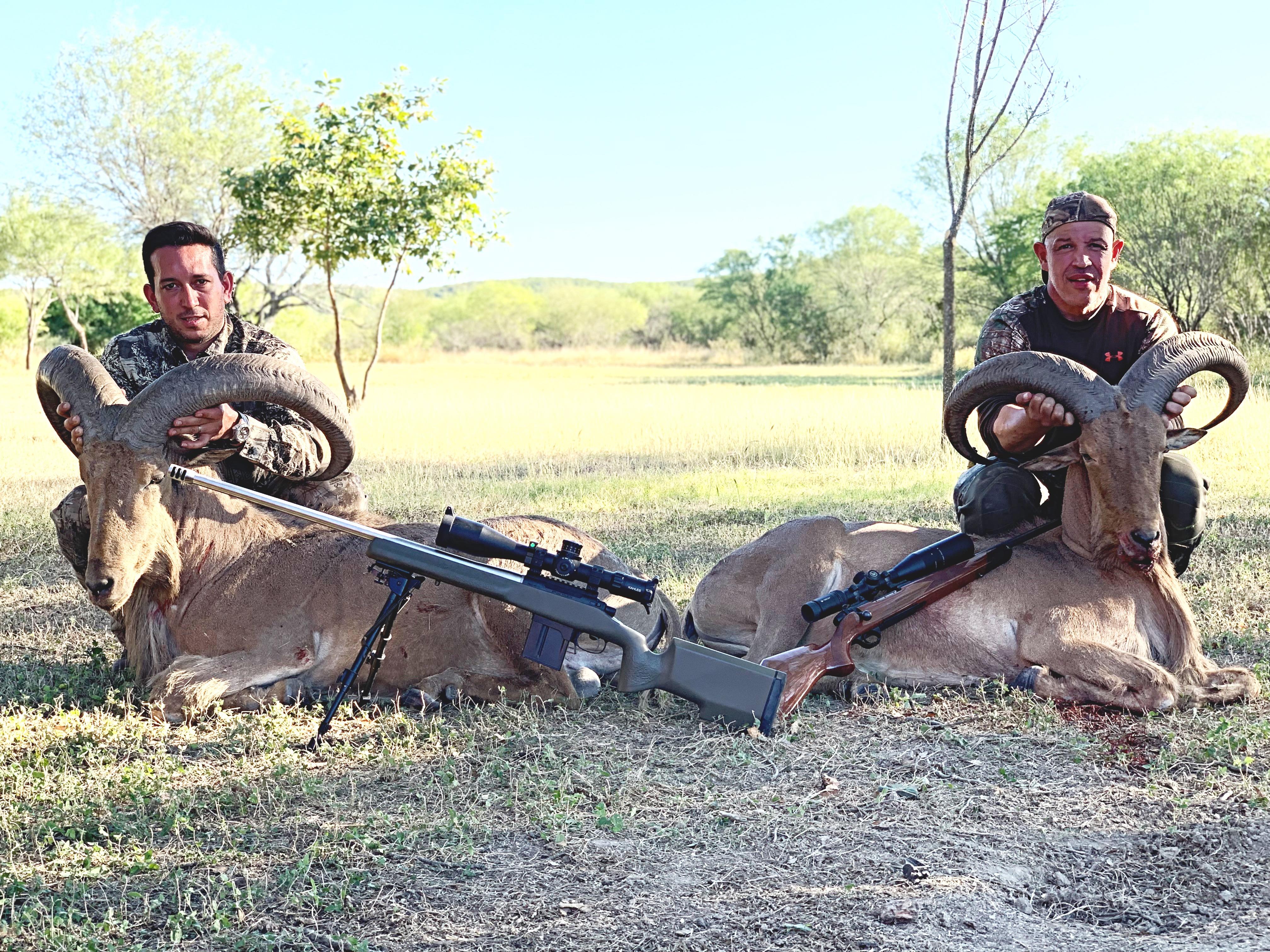 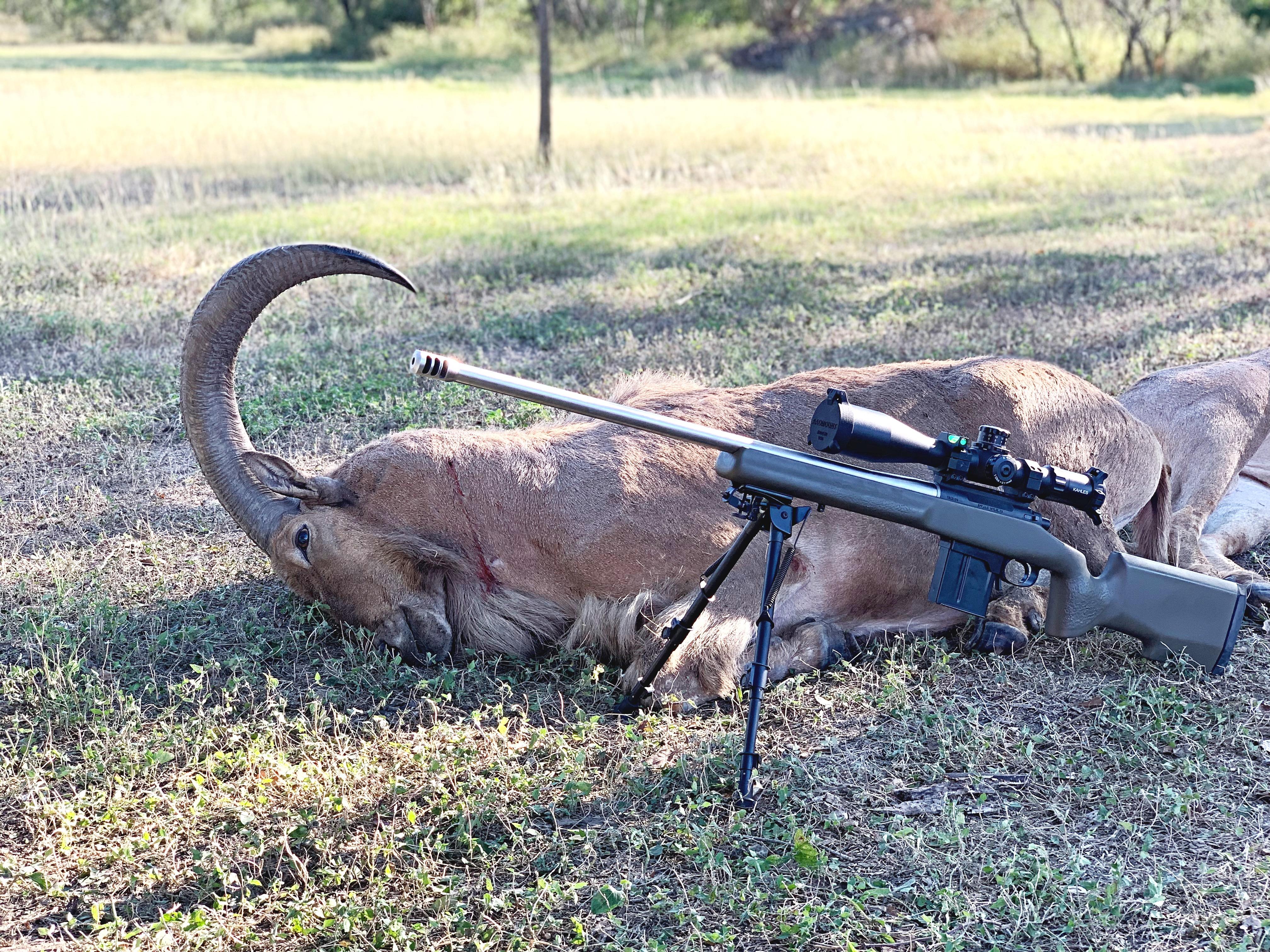