Finally after many years of archery hunting for elk it was time to go after them with the Edge. It was back in 94 that I last killed an elk, that one being my first and only elk that I took with a bow. A nice 6 point that got away from me and was found dead days later by another. What a sick feeling to live with for 13 years.

Now flash forward to this year’s elk season in North Eastern Oregon. We got up to camp the Sunday before the season opener on Wednesday. In the next few days many more campers had found their way to our camp site parking nearby. I was not sure what to think of riffle season with several hunters all running about the woods. The night before opening day I found myself anxious with little sleep. I was a bit concerned as I read some elk hunting tactics book and felt I had accomplished little of what it recommended. I was not in very good shape, I had not spent days scouting or even seen that many elk but I had a plan and was going to stick with it.

An hour before first light I was at the end of a bermed road packing my backpack for the mile or so hike to a spot I had found a week earlier during deer season, a spot that allowed a good amount of hillside to be watched. I figured I would sit there as long as possible and see if anything presented themself. Snow had fallen the last couple days and temps where in the 20s. I got to my stand and set everything up in preparation for a long sit.

A trip to the sporting goods store the day before and a talk with the owner suggested that the elk my still be talking, I was doubtful but I figured it would be worth a try. So about the time I get everything set up on my stand and having ranged a few land marks on the other side finding possible ranges from 480-600 yrds I let out a few cow calls. I got an immediate response from a pack of coyotes not a couple hundred yrds behind me, not to bothered by them I continued getting set up.

I had arrived just before shooting light about 6:30am and by quarter till I was ready to sit down when I saw elk moving on the other side of the draw just where I had hoped they would be. A pack of 10 or so elk with one running off another. Two Bulls I figured with the only question as to which one to shoot, the obvious answer was the one winning the shoving match. Now I’m starting to get excited, I knew the range was just over 500 yrds and I had my target picked out. I hurried to lay down in the snow using a down tree in front of me as a rest. I checked the drop numbers on the side of my gun and dialed up 8 moa for the shot. I was ready and as I brought the gun to my shoulder I looked through the scope and could not see a thing, I had breathed on it causing it to fog up. Luckily I had some TP in my pocket, a quick wipe and all was good. Now again getting all set up I found the larger bull in the scope and rested the cross hair on the biggest part of his front shoulder giving me the most margin for error. A few seconds and I thought to myself that looks about right and slowly squeezed the trigger.

A crisp light trigger break and the edge bucked sending the 300 grain Sierra MK at 2850 fps on its way. By the time I regained the sight picture the elk was down. I jacked another round waiting for him to get back up be he never did. Later inspection of the shot showed that I had hit exactly where I was aiming just slightly high on the shoulder and a bit forward of the shoulder bone. The bullet hit the spine just ahead of the shoulder blade with a small entry hole and an equally small exit hole not even 2 calibers wide. With the shot placement and big 300 grain MK I had visions of a large gaping wound with 2 meatless shoulders being left in the wake of the destruction but I was very pleased to see very little shocked meat and small exit hole almost to the effect that the bullet did not open up. I still can’t figure how more damage was not done as I have shot rock chucks at same distance and nearly gutted them with the same bullet.

Not a trophy book bull by any means but a trophy to me none the less. This is my first elk to make it home to the freezer and the first big game animal I have taken a shot at over 100 yrds. My thanks to the many of you hear on the sight to have posted the great amount of info and knowledge in making shots like this possible. To me it felt like a very long shot and now the confidence it brings I can only wait in great excitement for the next long range shot to present it’s self.

Pic of my dad with my bull. Pic of me with my bull Close up pic of bull down 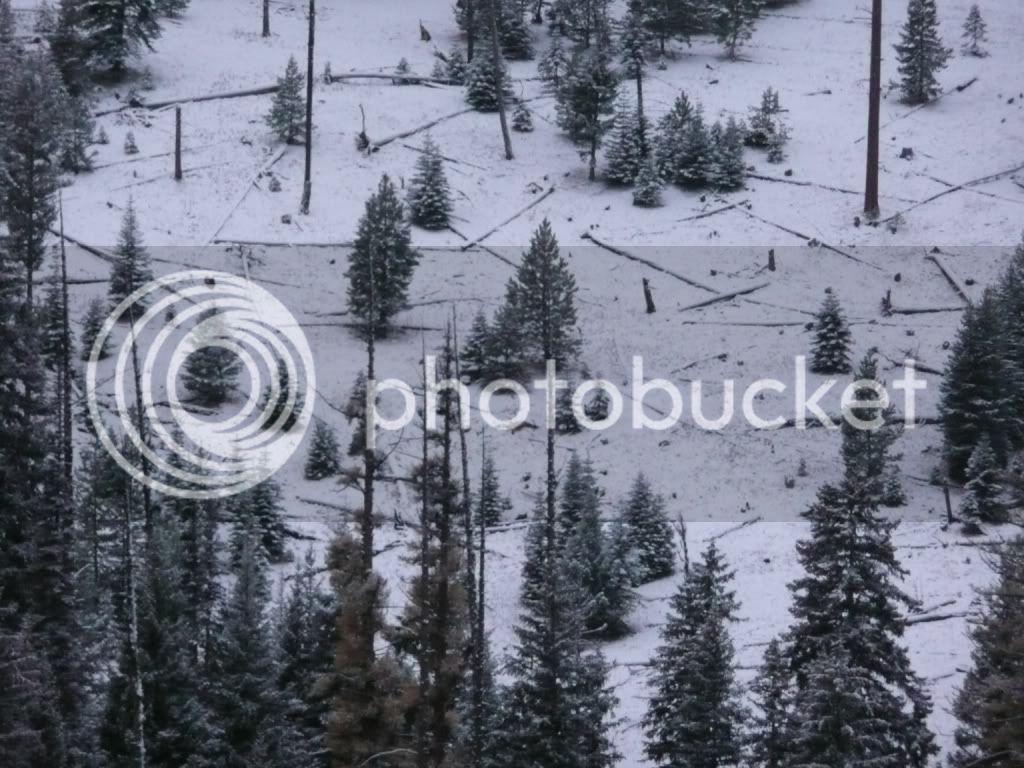 Close up of where I was under ribbon A look at the lack of shocked meat from 300 Sierra MK. I was pleased to say the least. Bullet was a direct hit to spine and yet caused very little shocked meat. I totaly expected a lot of hamberger looking damage. Any thoughts on the outcome. I know I'll be using the 300 grain .338 Sierra MK again.

Way to go on your first rifle elk and nice shot!
6

Figure I better post a pic of the gun too. Purchased this off another member here and added a Wotac gen 4 scope to it. The goto load of 92 grains H-1000 and CCI 250s does very well with it. 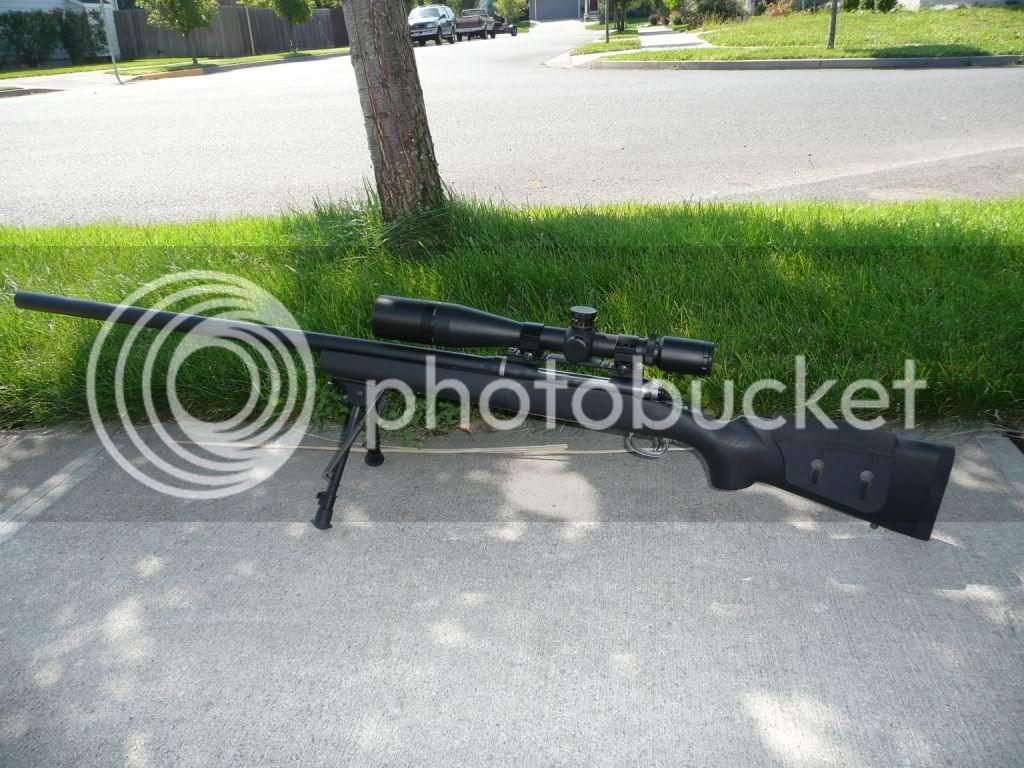 Nice shooting and well done! Those 300 SMK's certainly seem to be the medicine for elk.

Congratulations on a great shot and a great bull. The edge sure did the trick.
H