I was able to pick up my newest longe range hammer from Shawn and his dad, Bob, up at Defensive Edge a couple weeks back. They're a couple of the coolest, most knowledgeable guys you will ever meet! It's my first DE build but not my last. I wanted something a little extra over a standard 300 Norma but still have plenty of room in the mag for 215/230 Bergers. I stumbled into a good deal on a 30/338 Norma 35° reamer and GO gauge. Figured since DE was only a short road trip up north, they could do the build and +P the throat while they were at it. I've only shot 76 rounds through it so far. Most of my time is ate up by getting the Lapua 423 Dakota brass formed down, annealed, MOM banged, neck turned, and so on. I did a 10 Round Velocity Node (Satterlee) Test with MOM formed Lapua 423 brass, 215 Bergers, Fed 215 M's and RL-33 from 92gr-101gr in 1gr increments. (im trying like hell to find some N-570....Highly doubtful, but if anyone knows where to get some or even a sell a spare half pound, pm me!! I'll pay top top dollar...) but I didn't pressure out at 101gr and 3259fps. Ive also noticed with cases that have been MOM formed, 97.5gr of RL33 and Berger 215's, the velocity is 3080fps SD 8-10fps. But with fully fire formed 1X fired cases the same exact load is 3115fps with low single digit SD. I'm waiting til the 150rd-200rd area to finalze the load. I just tried the 230 Target Hybrids Sunday in a velocity node test with the same recipe as 215's and up to 101gr. 101gr of RL33 hit 3203fps, they're getting pretty compressed at 101gr. Also the first 2 rounds this rifle fired past 100 yards, 215 Hybrids, was at 896 yards on a 1 moa rock. Holding a minute right for wind the bullet hit 1/2 minute directly under it. 2nd shot i held 1minute right and just shy of a full 1 minute high. The good news was the 2nd shot was right on the money. The bad news was i had to find a new target because the rock wasnt with us anymore. I'm impressed with it so far and the rifle turned out pretty **** cool. It has shot 5 shot groups in the .2-.3's with the 97.5gr 215gr Hybrids load. Without the Atlas bipod it weighed in at 12.6lbs, its a hell of a lot lighter than it looks! Its almost surprising.... and the Mini Slab brake Shawn suggested is doing its job! It feels almost identical to my 15lb braked 6.5 SAUM shooting 147's at 3150fps, but with a lot more noise. I won't be able to shoot as much as i normally do for the next few months, because of where im working, but I'll update the post as i get more Data. I'm also going to be testing some Bertram brass and giving them some feedback. I'm interested to see how it stacks up to the Lapua 423 brass. Feel free to comment, post up similar builds/ results or whatever. I'm always up for learning some new info. Like i said, if anyone has any leads on some N-570 from North- Central Idaho all the way over to Seattle area, (im working in the Seattle area for a few months) and anywhere in between, PM me!! Have N570, will travel!! haha. Here's the Specs 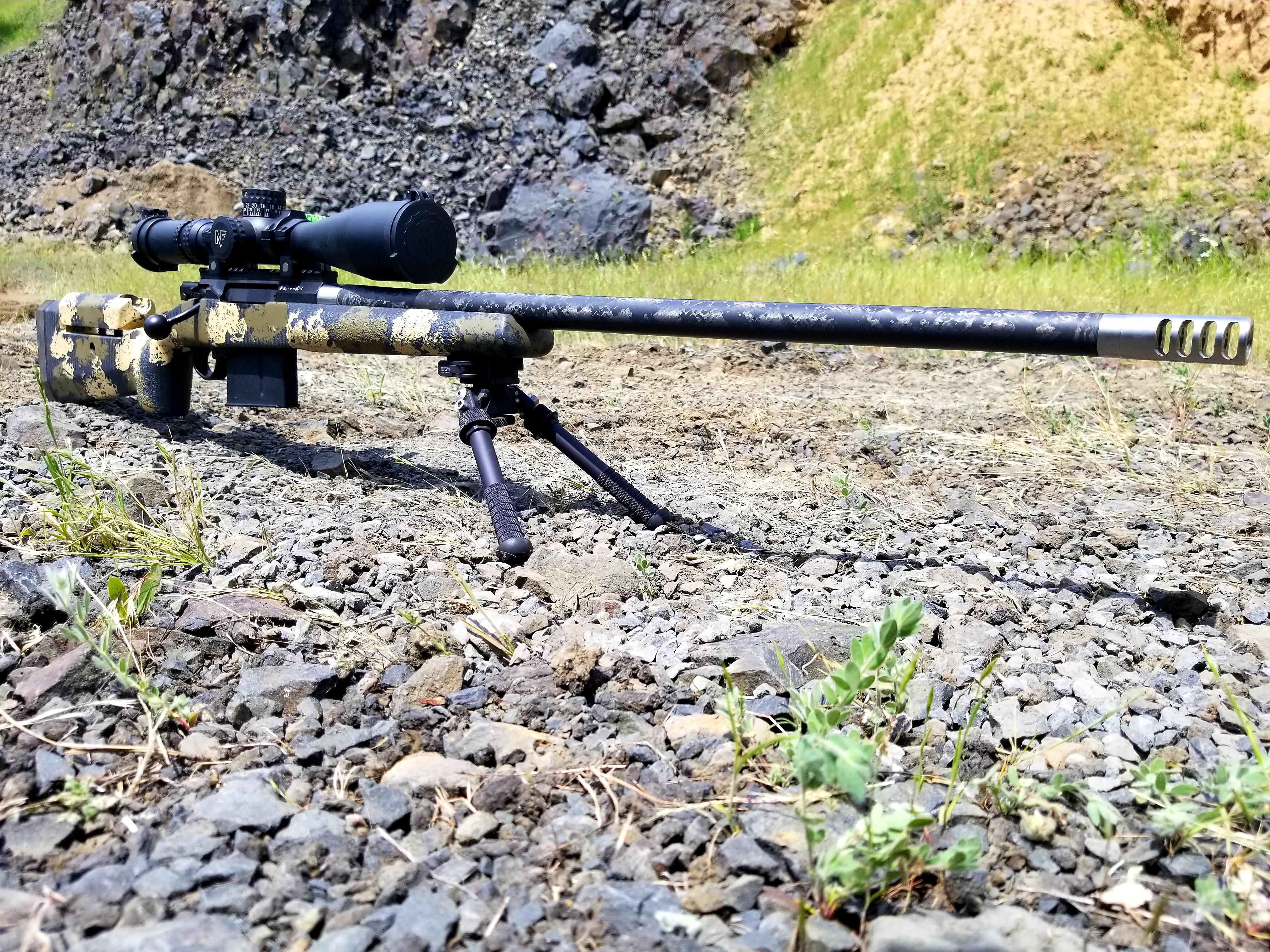 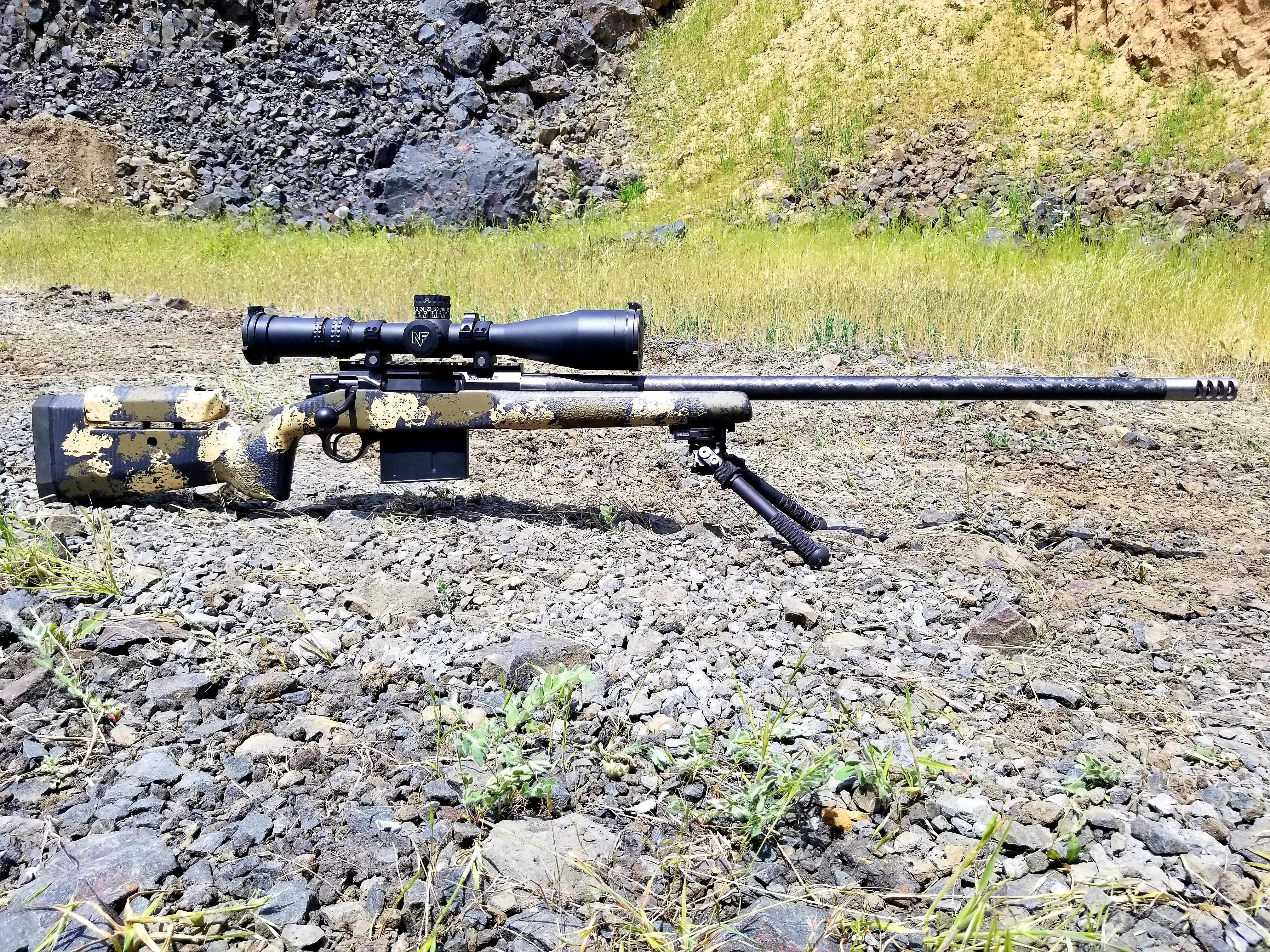 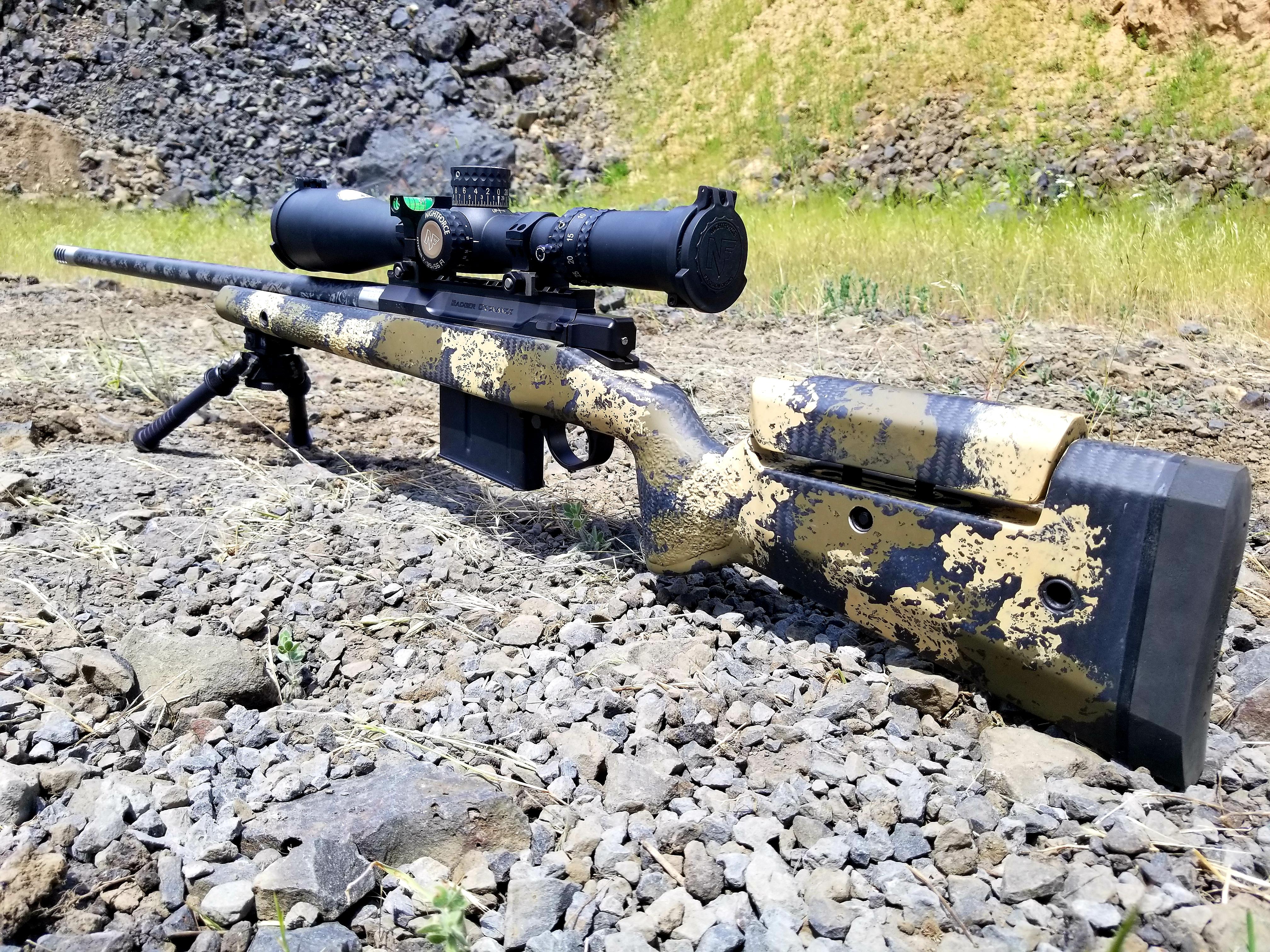 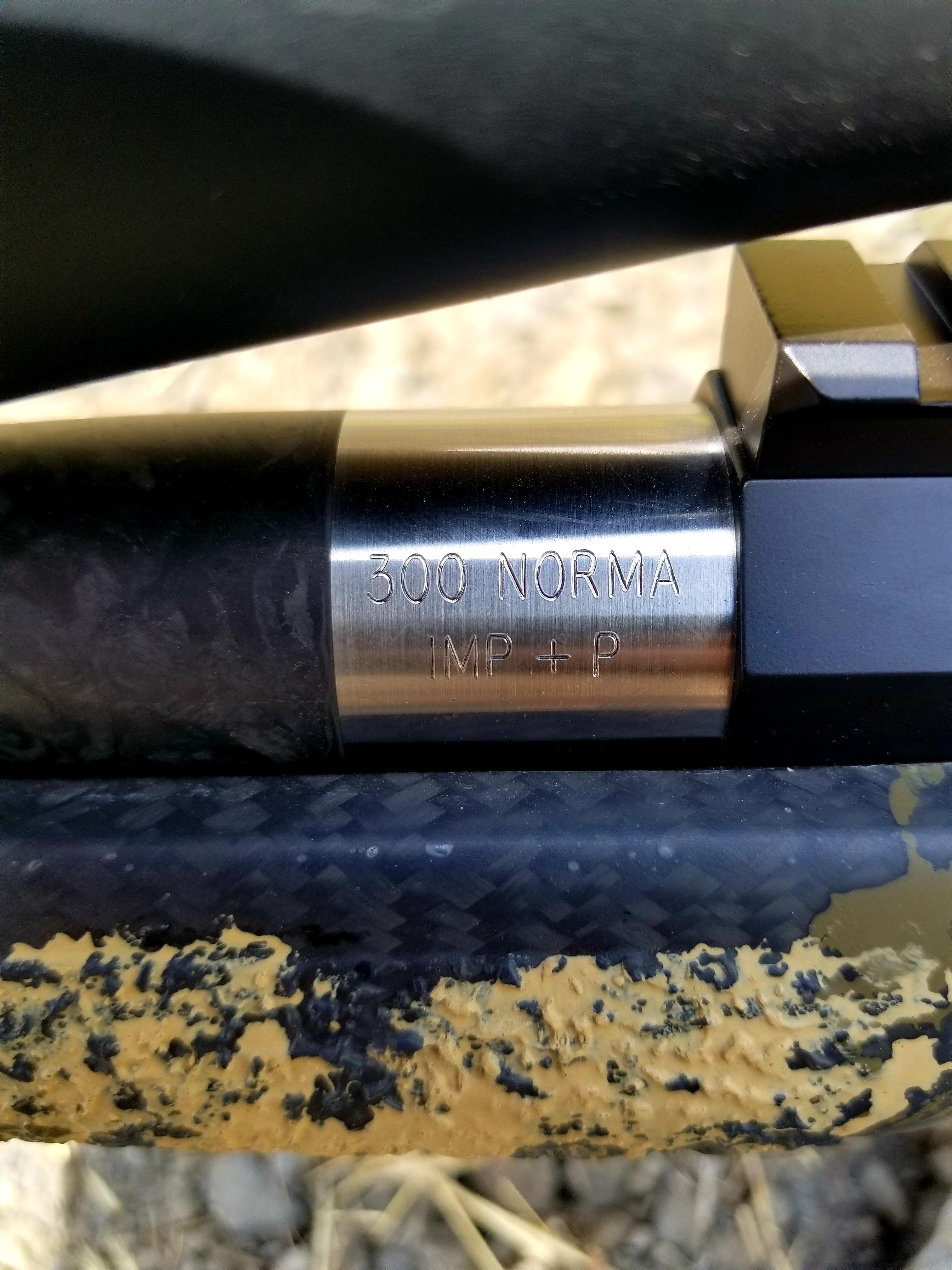 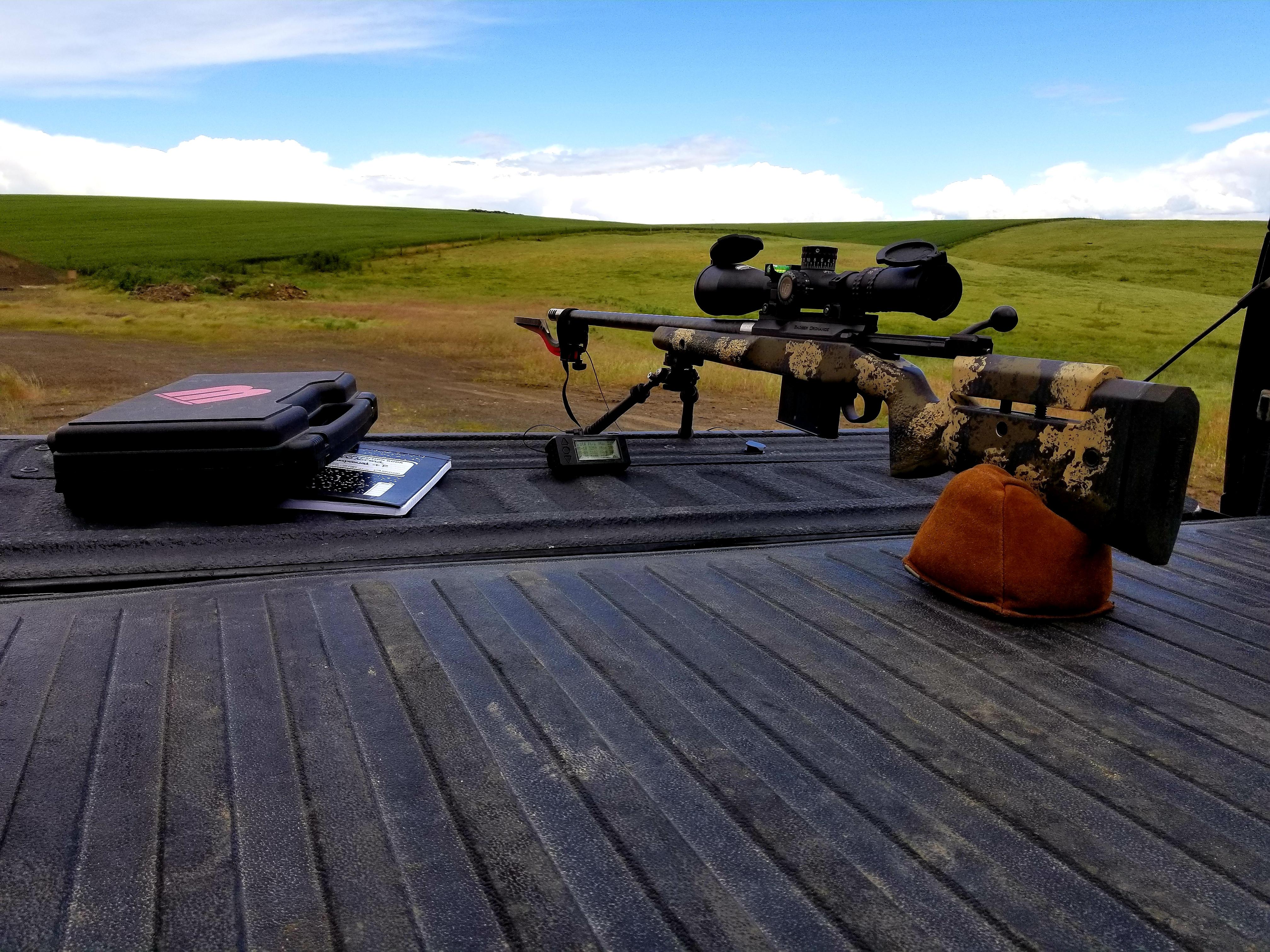 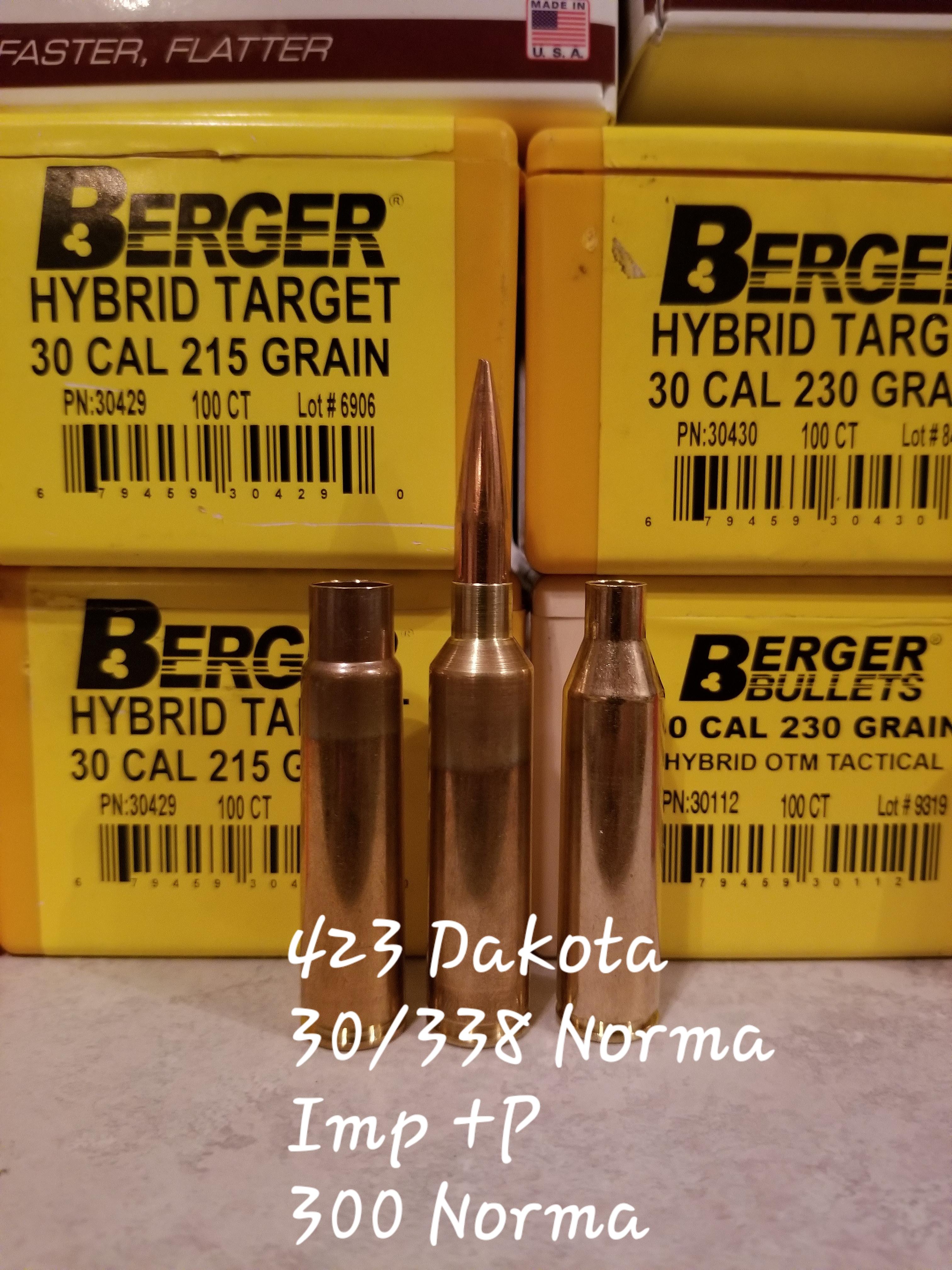 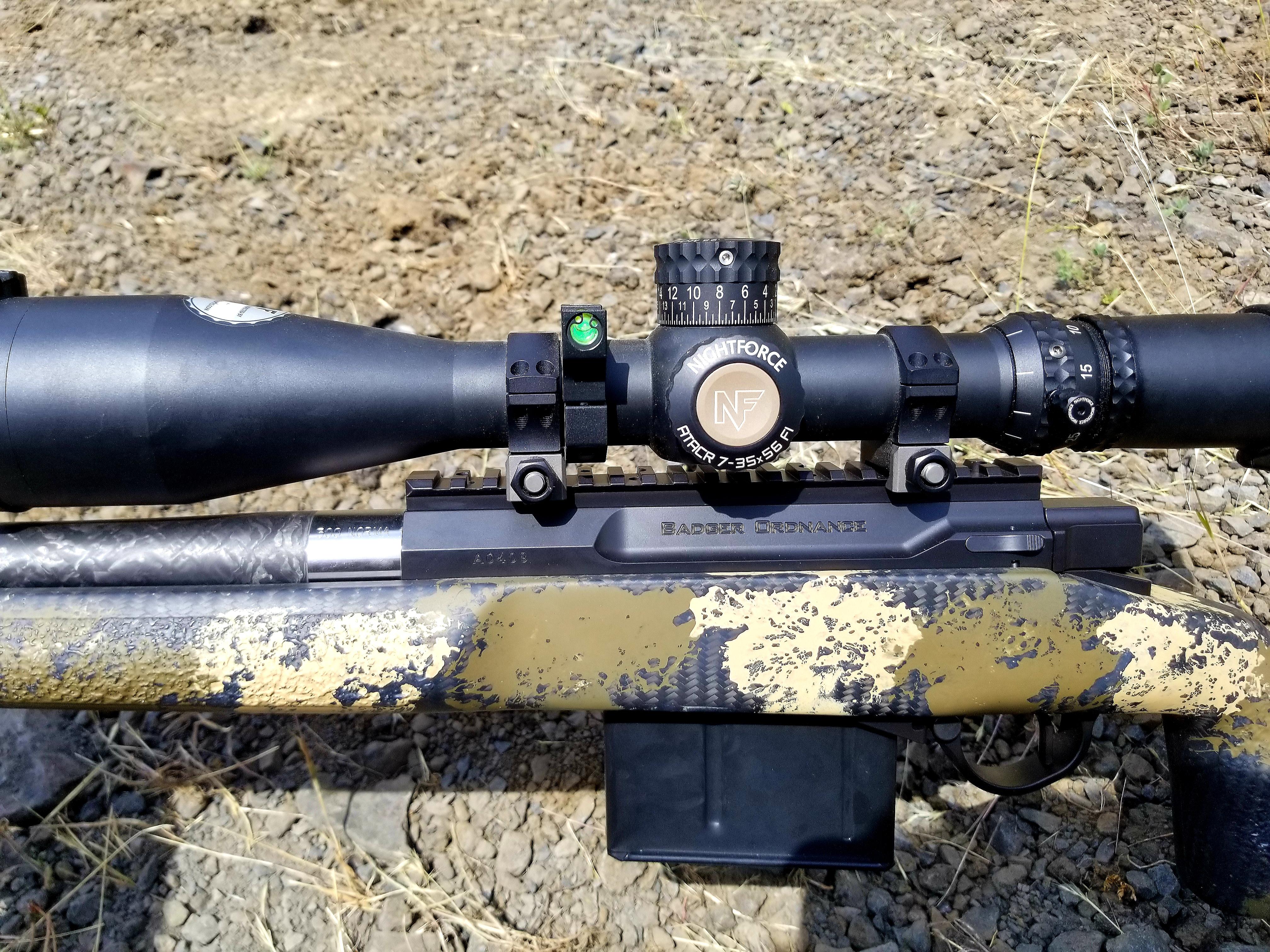 The N-570 is gonna be scarce for several months. I emailed the company about it wondering why the low supply. Some sort of production problem excuse. They said there should be plenty in the United states by the fall. Hopefully it stabilizes after that.

odoylerules said:
The N-570 is gonna be scarce for several months. I emailed the company about it wondering why the low supply. Some sort of production problem excuse. They said there should be plenty in the United states by the fall. Hopefully it stabilizes after that.
Click to expand...

Thanks for the info. Guess I'll continue to burn other powders til i see some n570