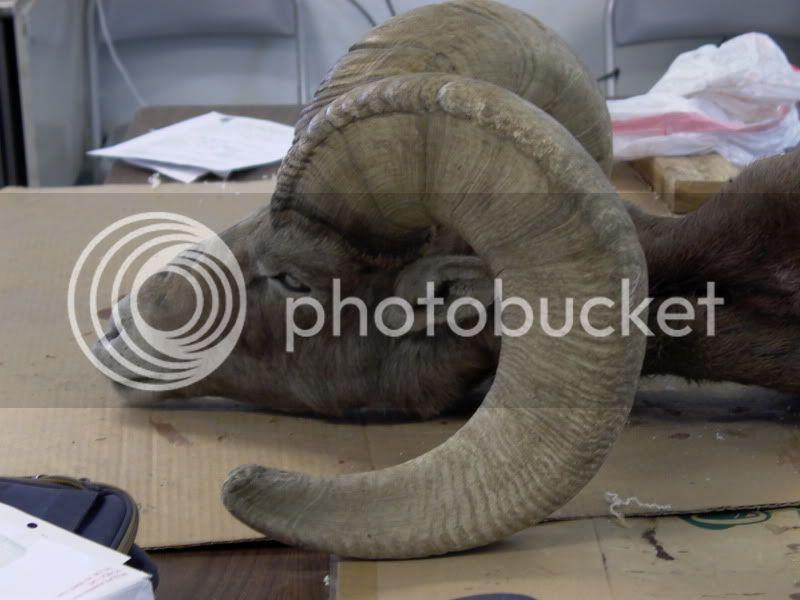 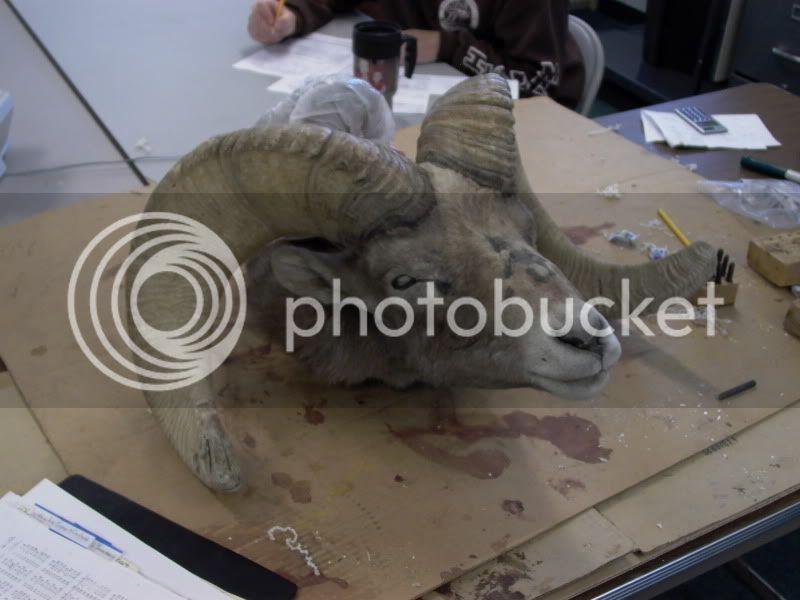 This is the ram my Dad killed on Thanksgiving day 2009. We hunted 6 days. Four days in the blind at the waterhole and two days spot and stalk. He tried to kill one with a bow but said he would shoot a big one with a rifle if he couldn't get close enough with the bow.


Live pics of different sheep on the same mountain. 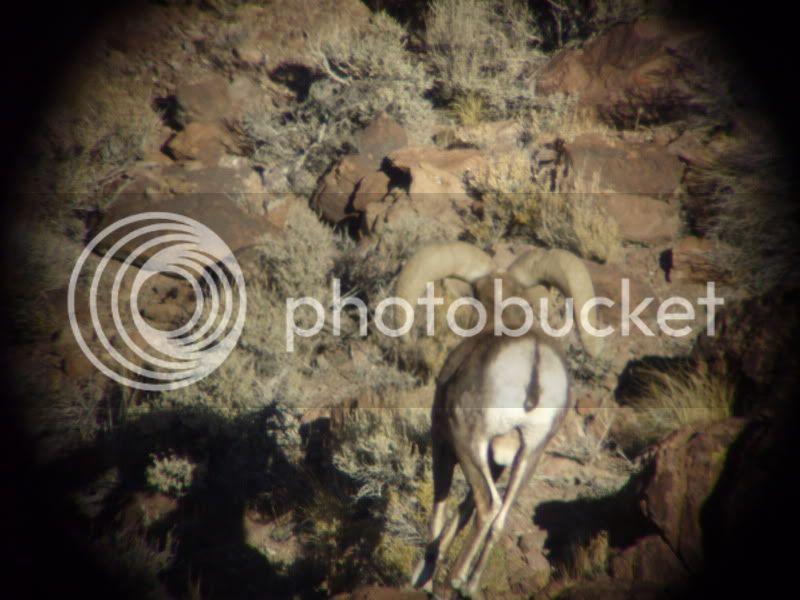 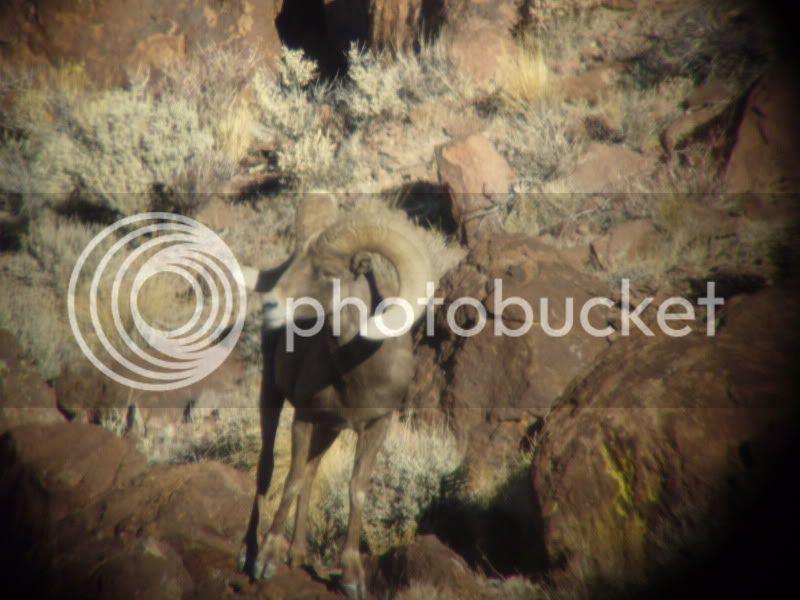 This ram looks very similar to mine. The horn structure, length and mass seem to be very similar. This one is a little older. Mine was 6 1/2. I make this one out to be 9 1/2? The 4th anulus seems to be very short unless I'm mistaken and only appears to be an anulus? The pach of fur running between the bases looks slightly wider than on mine and they were 16 4/8 and 16 2/8. These I'll guess to be about 16. The horn length on mine was 38 1/2 and 38 and I am guesing the same one this one. There looks to be slightly more mass toward the ends of these horns and it is broomed slightly more than mine.

Keep in mind that it's a Desert Sheep and the bases are not that big.
J

I dont know how to score a desert sheep but that ram looks really nice to me. Congrats to your Dad. The memories of that hunt are not going to change because of a higher score or a lower score. But I agree with you, it gives the trophy a little more excitement.
Enjoyed reading, keep us posted on what did it actually scored.

Dads dilema was this. His wife had just killed her ram with her bow a couple of days earlier. He really wanted to kill one with a bow. However, the reality of being 63 and probably not ever having another tag was sinking in after 5 days in the blind.

That morning he was still hunting with a bow but said he would take a B&C ram with a rifle should we not be able to get close enough with a bow.

When the dust settled for the day he killed it at 310 yds with my 243 that now has 3 Desert Sheep kills all from the same mountain.

You are correct that the score does not matter. Now that the hunt is over it gives us something to talk about since we cant hunt them for quite a while.


Here is somthing you wont believe, Dad has drawn three Desert sheep tags here in Nevada. One in 1967 for an area where none of the hunters killed a ram. One in 1982 when he killed a 165" ram and this one. He has been guiding since the 80's and has been on 68 Desert bighorn hunts mostly in Nevada as well as several other hunts for Rocky Mtn, California, and Dall sheep.

It meant a lot to me to be there for this one.
M

Great story Dennis, That is an awesome desert ram!

If you average both my estimates I'm only 1 point off

Congrats again to your dad gun)