Yesterday was shoot and clean for 16 rounds, then a fouler. That made two shots after shoot and clean. Then I fired five and produce 3/4" at 100 yards. Today I went to 300 yards with the bullets I plan to use on the up coming pig hunt. The photo tells the story. I was aiming so the reticle was about 1/2" diagonal from the corner of the junction of the lines. I will use 61.5 grains for the 130 Sledge Hammer. 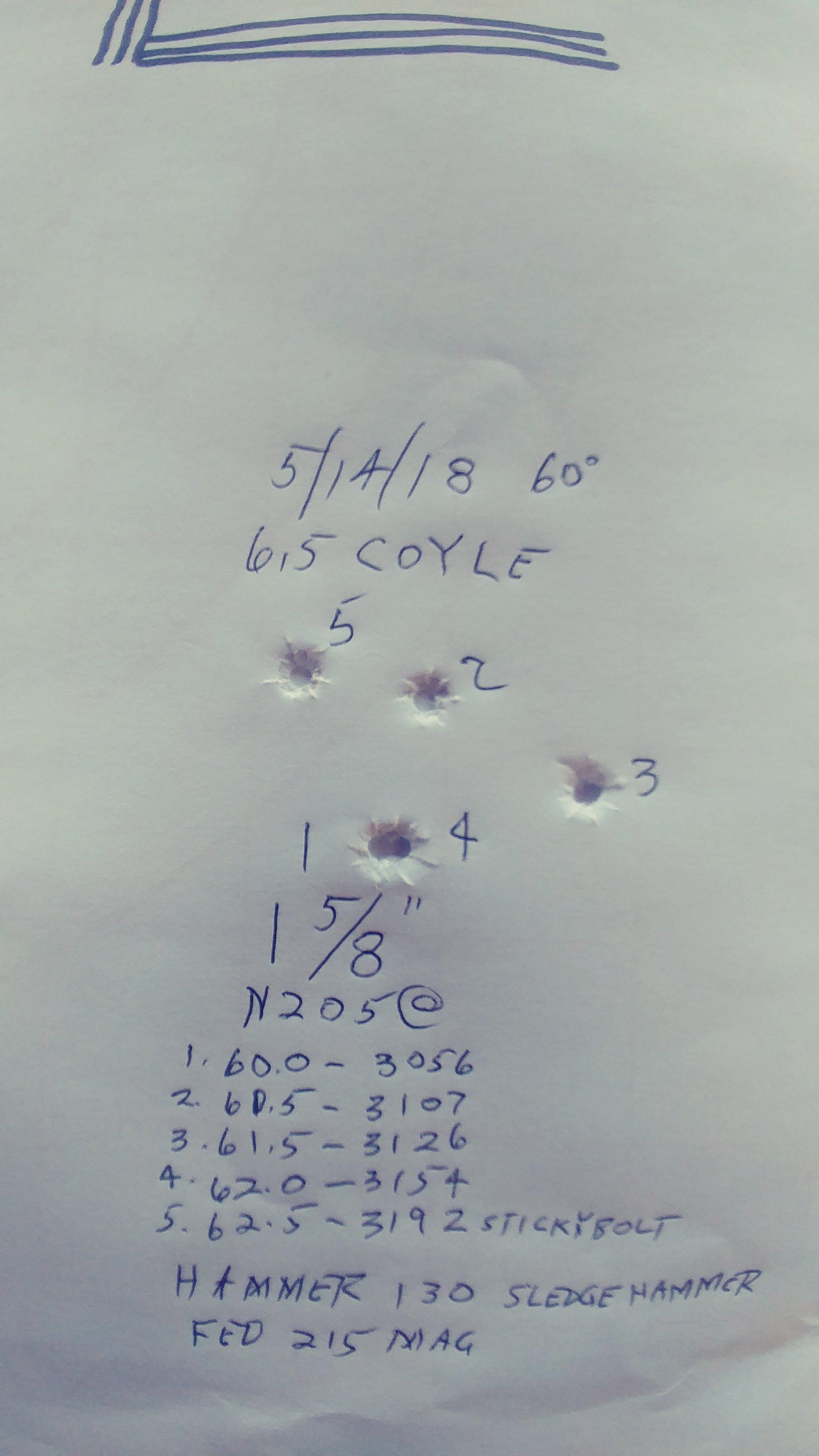 After seeing where the group is in relation to the aiming point I moved the sight three clicks left and two clicks up for next time.

150fps range in vel and you still shoot nearly .5 moa. I think it will work great!

Thanks for posting Rich.