Thought I'd share a few pics and a little write up on my weekend hunting with my son. This past weekend was ky's opening of rifle season. Told my son I wouldn't hunt myself until he filled his buck and doe tags. I had no idea he'd fill them both in an hour. We were hunting on a farm of my grandmothers, the place is covered with plenty of good deer sign so I was optimistic but you never can tell.

Any way on with the story we went Saturday morning seen quite a few deer but they were all to far away for him too shoot so the morning hunt was a bust. We left ate a late breakfast put some corn out on another farm and went back to same place that evening. We sat in the blind for around 3 hrs before we saw anything. Had a coyote come in at 350 yds and I asked if he'd mind me shooting it since deer were off limits to me tell he tagged out and said sure. So shortly after I shot it a doe and two yearlings came out, luckily they hung around a while because he was really getting excited. After I got him to calm down a little I ranged her at 270 yds (not long range for here but his longest kill) told him to relax and slowly squeeze the trigger and boom down she went. After he shot he wanted to go out there and see her. I told him we should wait we still had about an hour and a half left of shooting light. Sure enough about an hour later a big 6 pointer walked out. After I looked at him I decided it would be a good buck to get out of the gene pool. I told him if he wanted to take him he could, by that time he was extremely shook up I could see him shaking while holding the gun. I had the rifle setting up on my pole cat tripod with rear tag along support. I even had to scoot over next to him and hold him to keep him from shaking. I just kept wispering to him to calm down, breath, wait for him to get broad side. Well he'd stop for second I'd tell my son alright get ready then the buck would move again, and so on and so forth for at least 3-4 more times. I finally did a little grunt on the deer call to get him to stop and told my son ok shoot him. He was right at 200 yds when he finally got to take the shot, dropped him right there. He was so happy after the shot he was crying, he said I don't know why I'm crying, I told him its because your happy son. It made my day to say the least.

Well here is a pic of the coyote and the two deer. 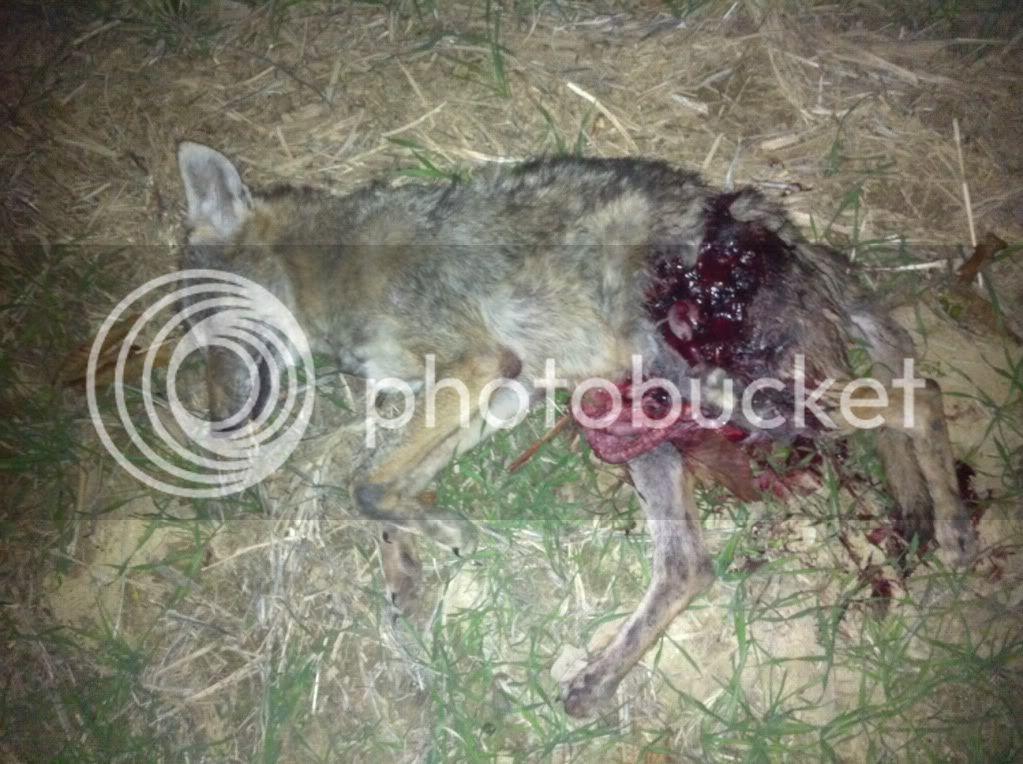 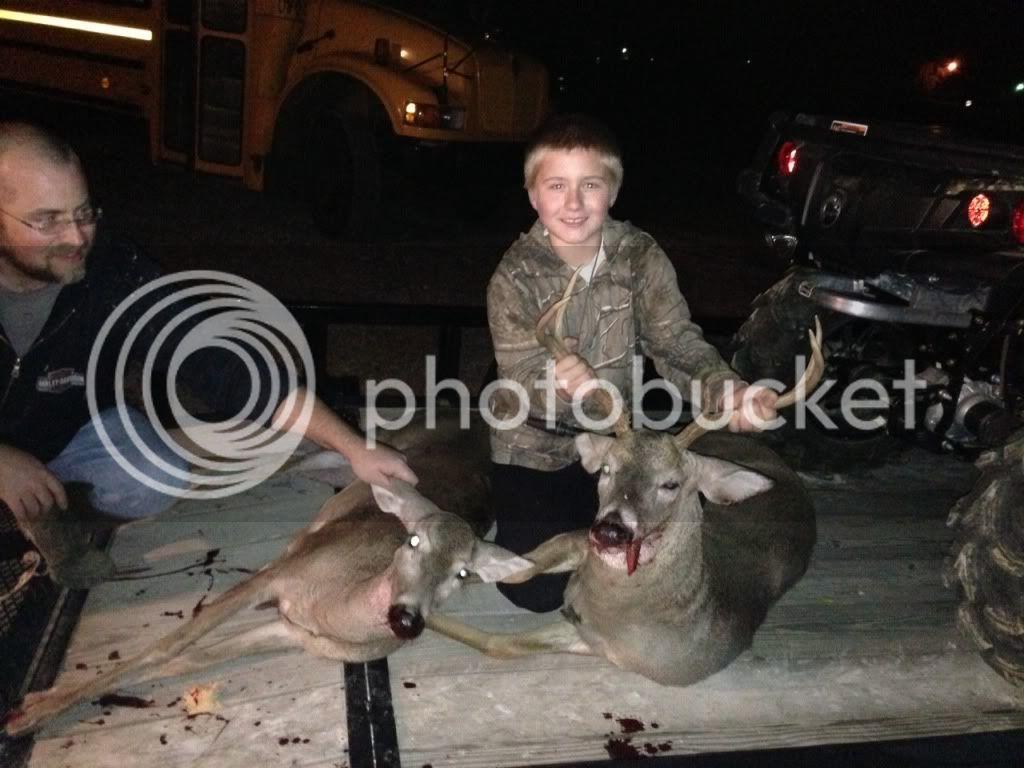 great story . your sons smile says it all .
A

Thanks guys, I was extremely proud of him. I forgot to mention any of the details on the gun. He was shooting my 7mm dakota loaded with the 180 gr hybrid bergers. He was shooting a 243 win but decided it was time to step it up a little.

Nice pelt on the yote. Too bad you blew it apart. Oh well, ther will be more (like around here), I'm sure. Your son's grin says it all.....