Ok this thread is similar to one that I have on another forum.
It's purpose is mainly to update all of us who live in the great commonwealth on the gun control coming our way.
Please feel free to contribute to this thread as long as it's factual.

Update#1
HB961 has passed the house and heading to Senate, this is the big one.

Its sad to see this happening. I lived in VA for roughly 20 years. I never thought that I would see the day that this would happen. I was a LEO there for 11 years. I talked to several friends that are still LEO's there and they are shocked. They have said multiple times they will not enforce these crazy laws. They don't just work on the local level either.

I’m from PA and spend a great deal of time of fly fishing the Shenandoah valley. Is there any discussion concerning ending CCW reciprocal agreements with other states?

Funny how a decade or so ago, lots of 2A folks in MD viewed VA as a gun paradise and wanted to move there. It’s been a terrible shame watching VA go from Red to Purple and now Blue. Not only has the new state legislature attacked gun rights, what’s equally disturbing is what they are trying to ram through with regard to voting. They are actually pushing to make voting incredibly easy, even promoting a situation where people can vote FROM an APP on their PHONE! So now, during a commercial break while watching “My 600 lb. Life” these indoctrinated drones won’t even have to separate themselves from the couch to pull the lever for Bernie. What could cheapen and deligitimize the civic duty and privilege of voting more than this? Surprised? I’m not, this is the only way they can win and with Soros and Bloomberg money behind them, we better take this seriously. Drag anyone you can to your local precinct with you this fall if they are on the fence. I have a feeling it ain’t gonna be a slam dunk on 11/3.

Keep this fresh in your minds, time to show up!

HB961 is killed by the Va Senate with bipartisan opposition.
J

Isn't It strange that some think banning the guns will solve the problem?

They also don't understand the reason that the second amendment was placed in the constitution.
It was to prevent the government from taking over. (Exactly what they want to do). Just like they did in Europe and the reason our forefathers left.

We "MUST" vote them out of office and send a message to those that would take our rights away from us !!! 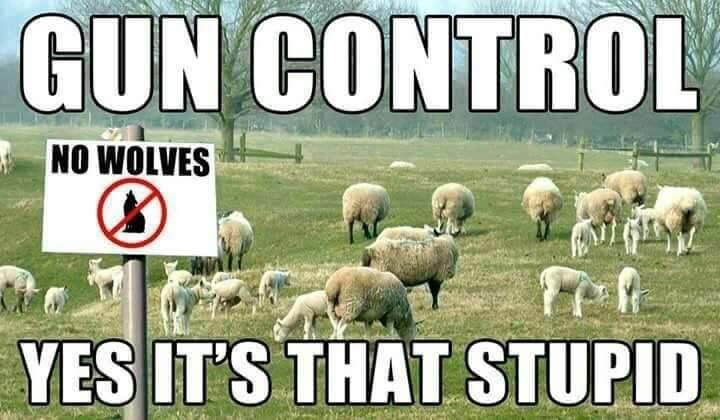 Yes, Northam and his sugar daddy mini Mike Bloomberg are still not through making us less safe.
They will keep coming back again and again until we send them a serious message by voting all of the tyrants out in the House and Va Senate!
You must log in or register to reply here.
Share:
Reddit Pinterest Tumblr WhatsApp Email Link