I have for sale one 6x47 Lapua. Here are the build specs.


Scope and bi-pod not included.

This rifle has approx. 1500 rounds through it. I did just reset the barrel no more than 50 rounds ago, just to match the throat in my new light weight hunting 6x47 I just built. Accuracy was awesome before setting the barrel back, in fact my wife won the ND state "F" class championship with this rifle in July. After setting the barrel back I took it out and tested it at 100 and 600 yds. My fist 100 yd. 5-shot group was in the .1's and at 600 it was running around 1.25 -1.5 inches. It was just one little black spot on my steel target. This is a solid 1/3MOA rifle.


Price lowered to $2500 firm plus shipping to your FFL

Thanks for your interest. 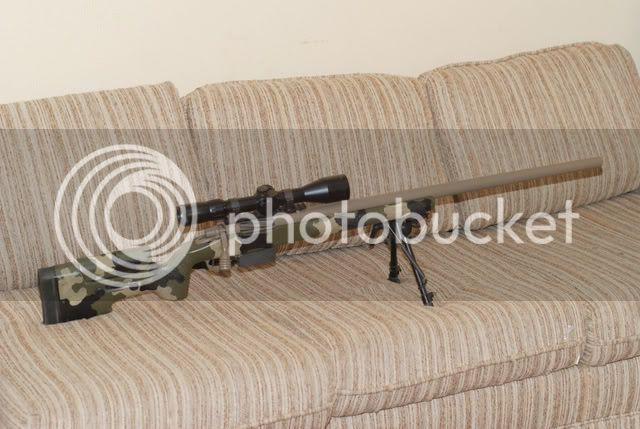 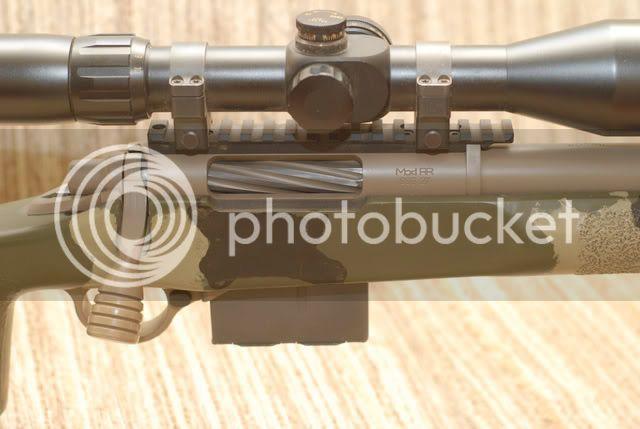 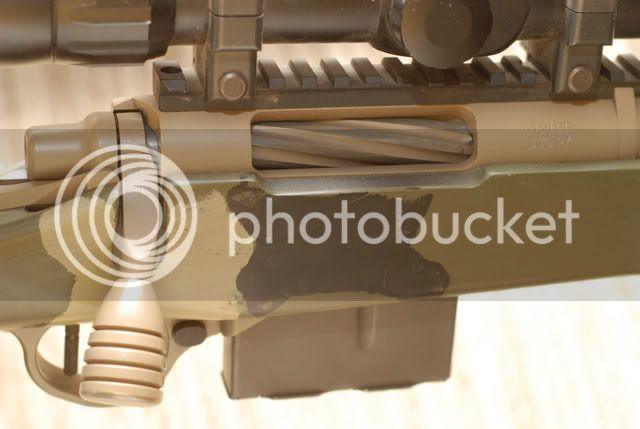 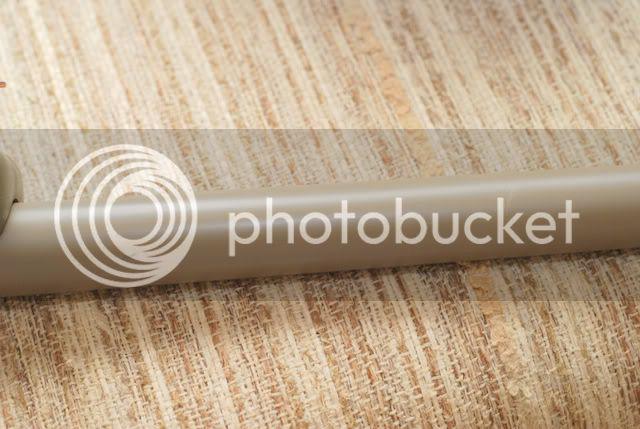 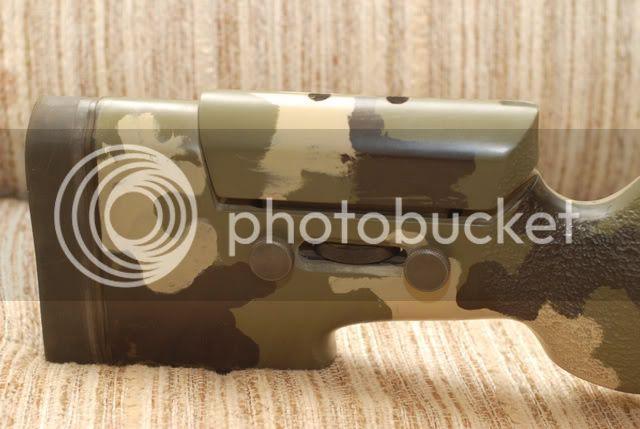 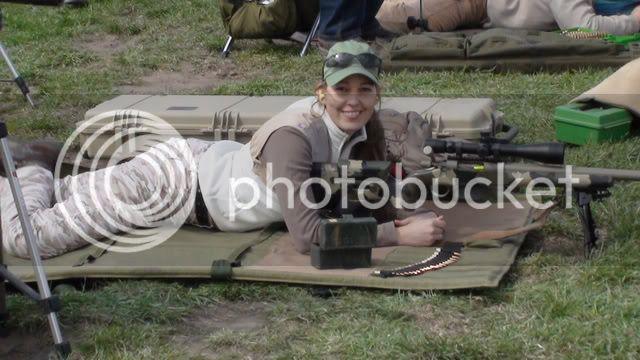 Good hell Nate! What do you do, watch my bank account and only sale rifles when I'm broke? Cruel and unusual punishment... And everyone says you're such a great guy! I wish you luck! I wish, I wish, I wish... That's one sweet rifle!
G

How much for the "REAR BAG"? SOO... She kicks your butt a few times and you sale her rifle?!
3

grit said:
How much for the "REAR BAG"? SOO... She kicks your butt a few times and you sale her rifle?!
Click to expand...

what load are you using?

How many rounds do you think she has left in her?
3

My personal guess would be another 1500 rounds easily.
I know guys personally that have over 3,000 rounds competitively down the tube
before setting the barrel back.

Well, when Nate told me he was going to sell "my" gun
I threatened to go with the gun, but upon realizing that it would affect the resale of the gun in a negative way (I guess most guys already have a "rear bag" THANKS Grit!!!) ...anyway Nate consoled me with the promise of a new competition rifle, but one that I could also carry for hunting, plus he wanted to make us matching rifles (now, isn't that sweet?) so I reluctantly let him list this rifle for sale.
One of his friends likes to make the comment that the only thing he keeps more than 2 years is me
Everyone that has shot my rifle has fallen in love with it and we have generated more 6x47 builds because of it than you would imagine.

This rifle is what I started out my adventure of competition shooting with at the beginning of this year. ( I have a couple threads on LRh with the stories) My first 1,000 yd. completion resulted in me placing first place and only one point behind match winner. In May I shot my second match and placed match winner. The third match in July was the ND state championship competition in which I was challenging Nathan for his state champion title........I'm currently the ND state champion September brought about the final match for the year and the biggest one, The ND regionals.
I didn't do as well as the first day of the match I cross fired (they reassured me that there were two times of shooter those that have crossed fired and those that will) anyway with that set back I placed 4th overall. It was disappointing, but encouraging that I still placed 1st in my classification.
I wasn't totally disappointed though because Nate won the Gold medal! so I still get to see it hanging on the wall by the other trophy's


Whoever gets my baby won't be disappointed and of course Nathan's
guarantee is transferable from one owner to another.

This was regionals this summer 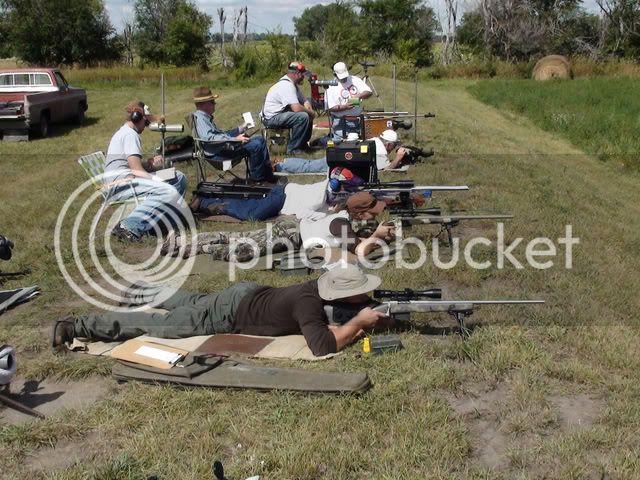 Killed my first of many more P.D's with it. 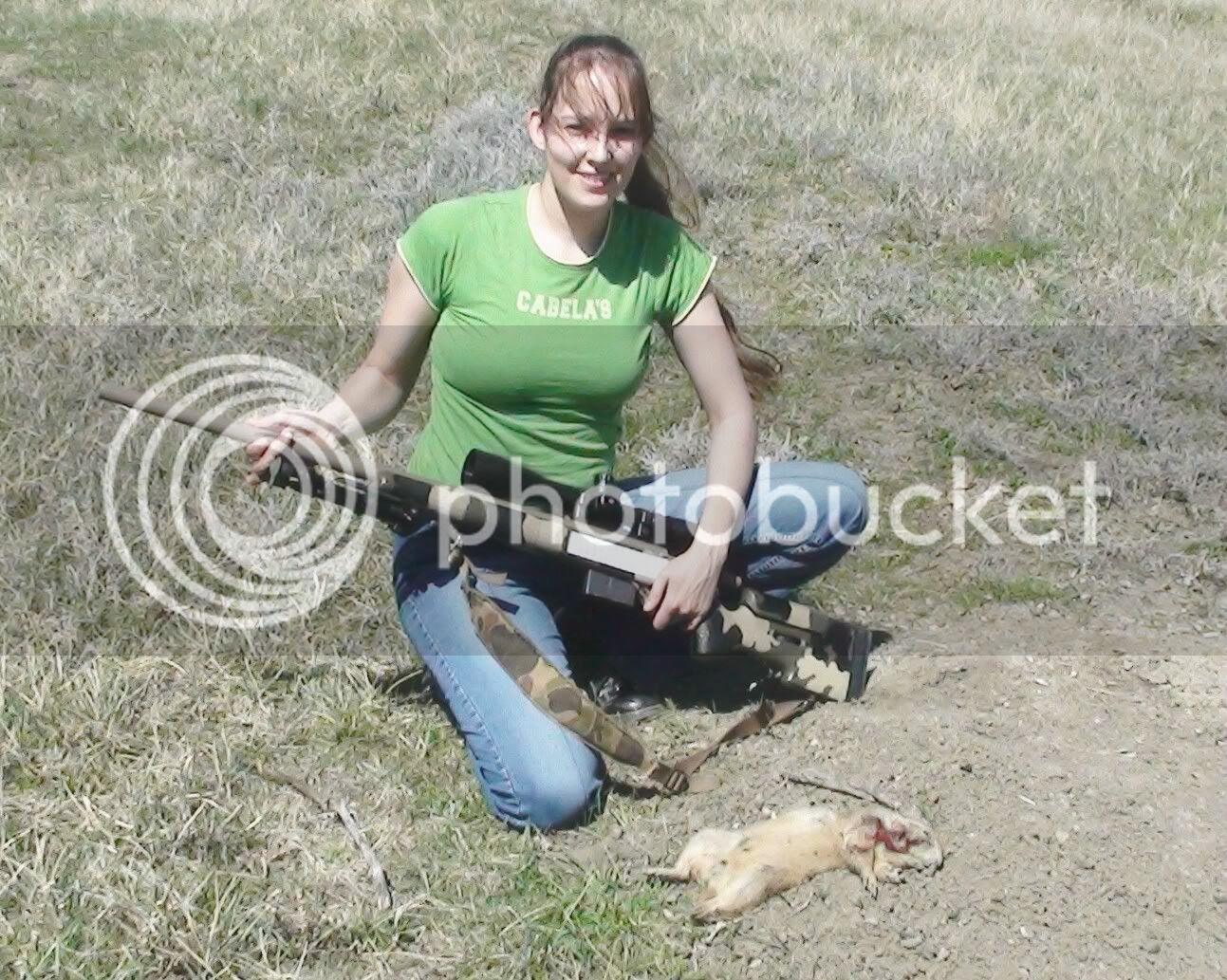 We were dusting 1moa rocks around 900yds. here. 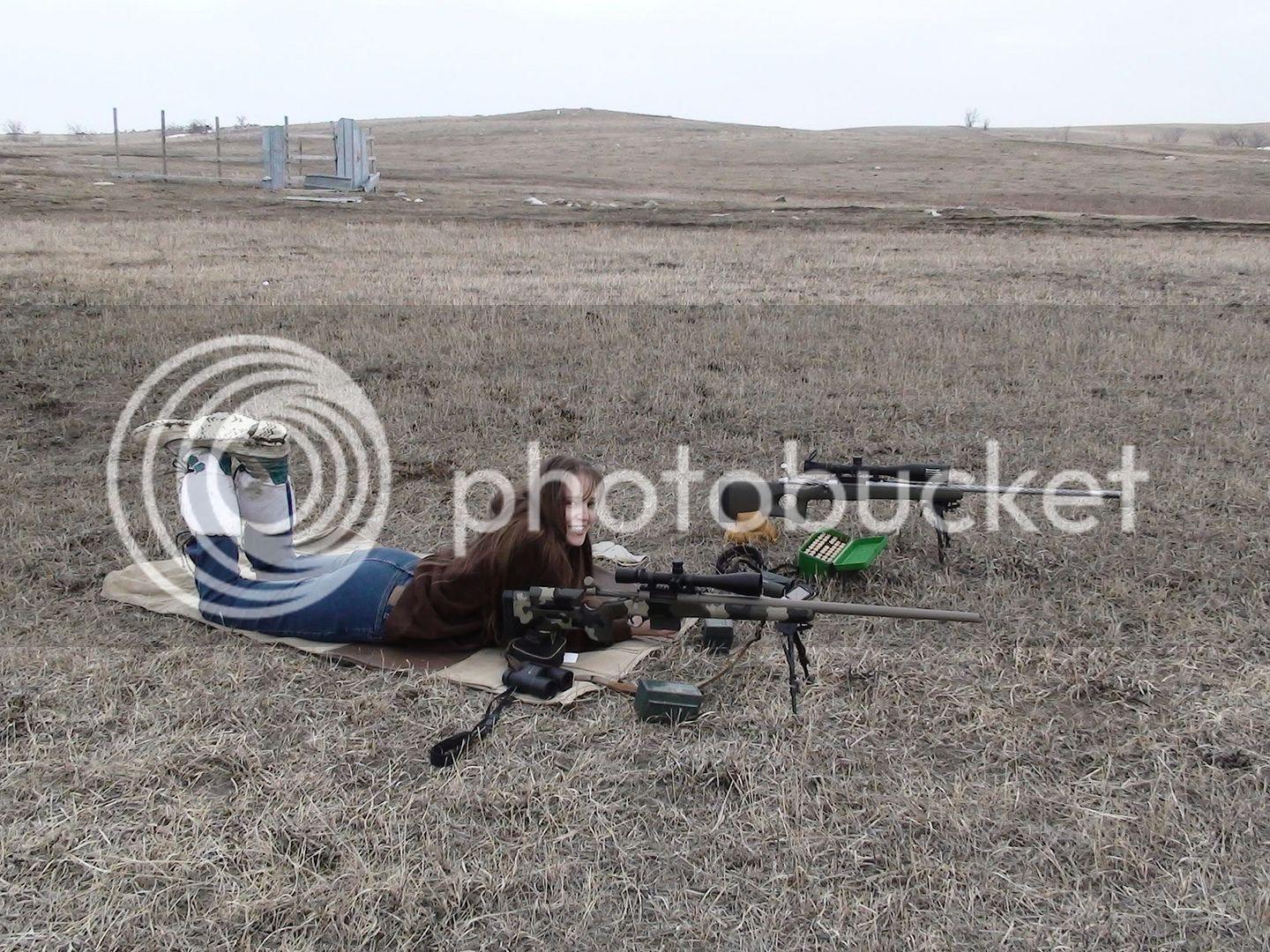 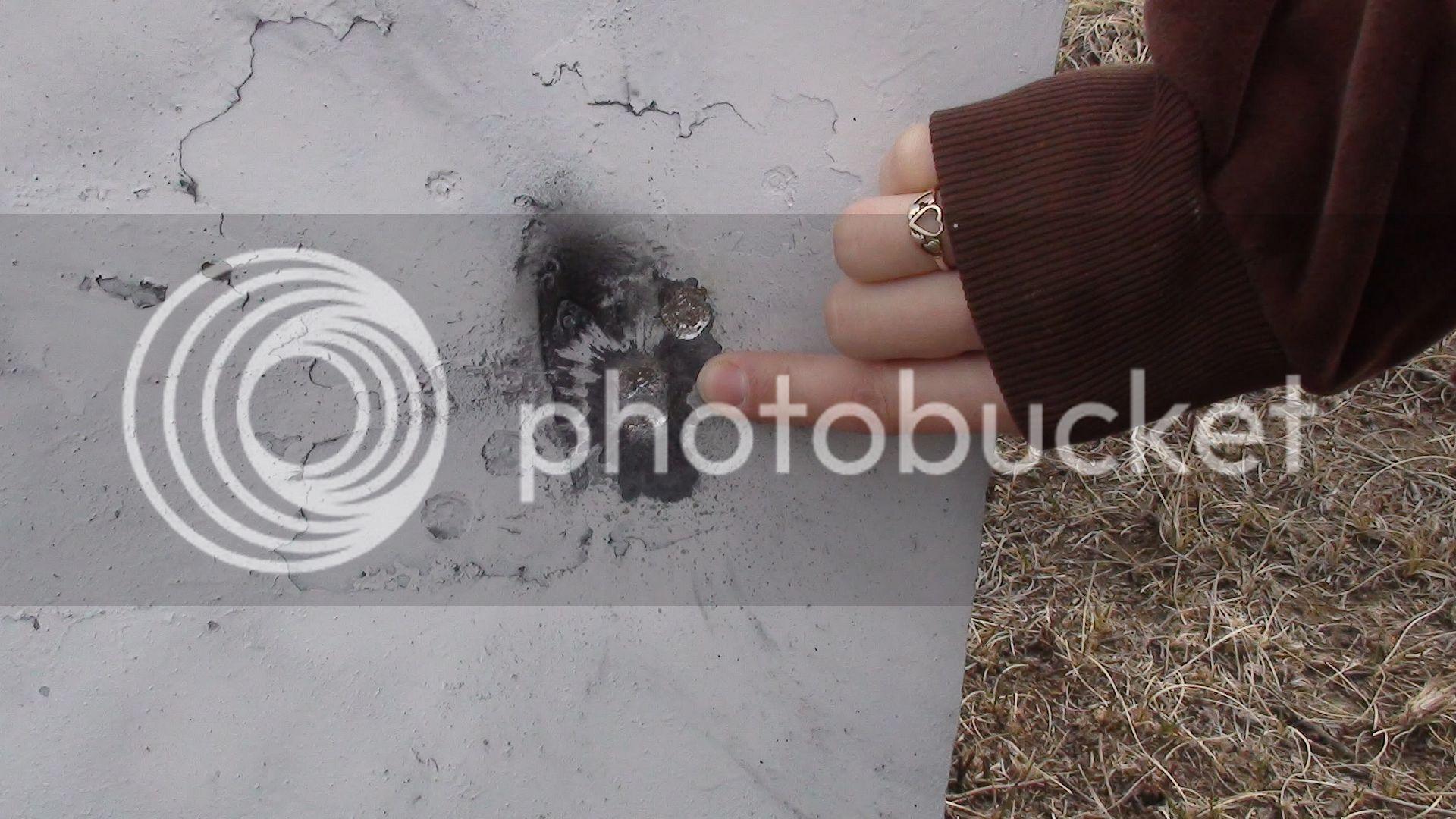 you can only sell this to someone that wont shoot against us. im tired of loosing fclass to this gun and the gurl that shoors it.

in all honestly i have seen this rifle dust everything in its path. i have personally shot this rifle at a rabbit over 600 yards in the wind and with nathan calling drop and wind it SMOKED it. BUY with confidance great rifle and caliber.
3

I will take it if you still have it. Will call you to work out details. This is just what I was looking for.

Hey Nate, I guess you posted this after I had logged off. If Terry does not take this let me know. I would be interested. What I really wanted was this same build but in 308. This is a great price. Loki
You must log in or register to reply here.