Hi guys, I thought a few you may want to see this.
Now this is a Savage Model 10 300WSM. A friend of mine brought off a guy here who said this rifle cant shoot.

The factory sock had been "stiftened" with a mixture of epoxy and lead shot, that was removed with disgust and replaced with a Bell & Carson(not sure which one) a Timney match trigger was installed and my mate having a lathe in his shed made and fitted the muzzle break to it.
It got painted when I did my Lapua in LIC43

Now after all this not much else happened to it.
It got shot, it went well, muzzle break worked fantasicly then sadly it was put away in the gun cupboard and never shot again.

As time went on a Gun cull was in order to make room in the safe, and as it happened I went hunting on a guys place and through the course of conversation he mention interest in purchasing a "cheap" 300WSM. for shooting feral goats and Red deer "well I know where one may be!!!

I picked up the rifle off my mate next time I went for a hunt and took it to show him, he wasnt too keen on the paint job but after reassuring him it is a shooter he purchased it.

Now the new owner not being to gun savy let me take it,buy what he needed with out being too extragavent Scope,bibod, reloading components etc and cook up a load for him.
A qiuck few phone calls had all things sorted, a Leupold VX1 4-12 got mounted on to Farrel rings, Bibod, Federal brass and 178gr Amaxes.

Now my favourite load got funneled in which is 64 grs of 2209,Fed mag primers, and set to mag length.(funny thing same as my Tikka)

After bore sighting and initial sighting in was done in shocking wheather last weekend I packed it in until this morning.

The rest is history really, I will let the photos say the rest from here.
beware of the "cheap" rifles guys. 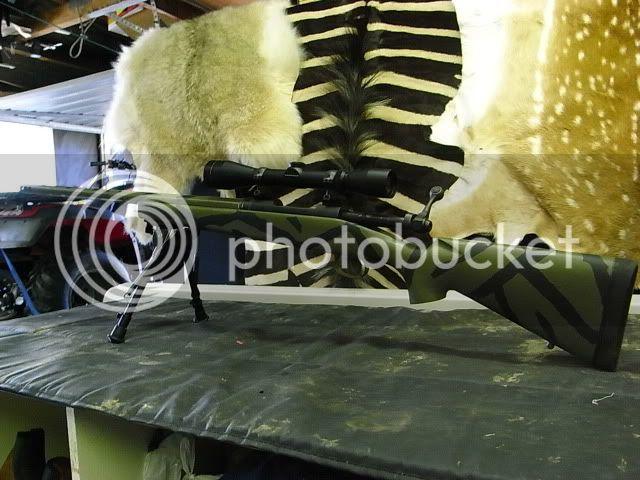 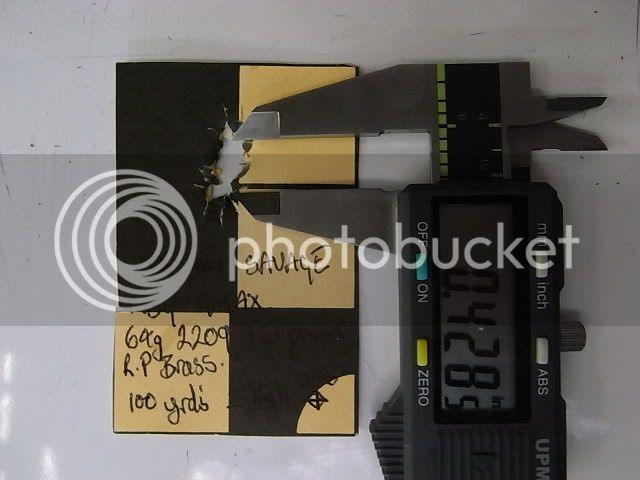