Little brother and I lay down a couple whitetail!

Earlier last week, my youngest brother, Sully was out deer hunting just glassing from his pickup to see what was down in the coulee in the brush. A few bucks ended up walking out of the coulee into the field about 100 yards from his pickup and he decided not to shoot since it was early and because of the fact that he was sitting at his pickup and it just wasnt sporting. So he let it go. But after looking at the pictures he ttook, he realized that he wanted to shoot the deer. We went back this evening and glassed from the truck and eventually spotted the group of 3 bucks. We jumped out of the truck and bailed off into the coulee with only an hour left of shooting light. We walked about 1/2 a mile to a spot about 150 yards from where the bucks were. They were no where to be found.

Along the creek, it is nothing but willows about 10 feet high. We had no idea where they had gone. Just as we were turning around to go back to the truck, Sully spotted two deer coming out of the willows going up the hill about 200 yards out. It was only two of the 3 bucks. They headed up the hill and finally stopped and I told him to take the one on the left. He dropped it at 288 yards with his 7mm-300Wby! Sully headed back to get the truck and I walked up to his buck and gut it. We had a blast and were extremely excited. The buck ended up being the buck that originally walked past his pickup and that he took pictures of. Here are a couple pictures! 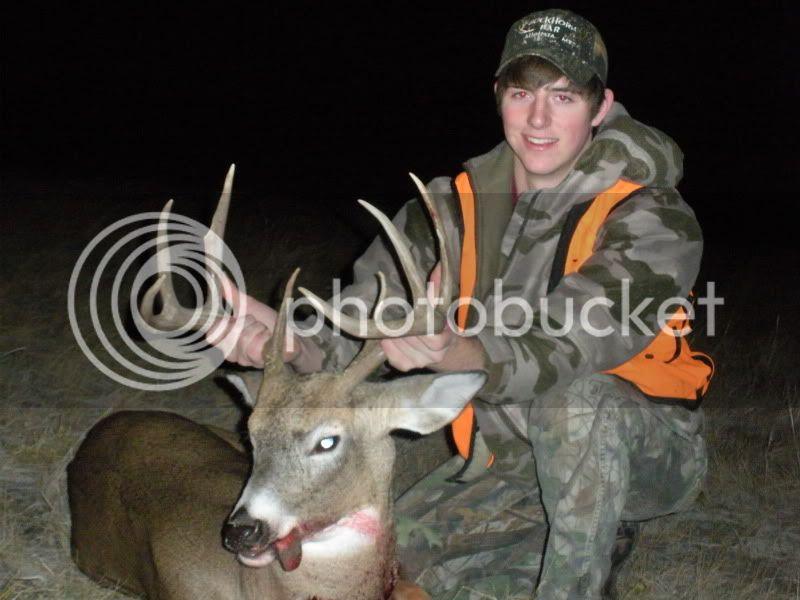 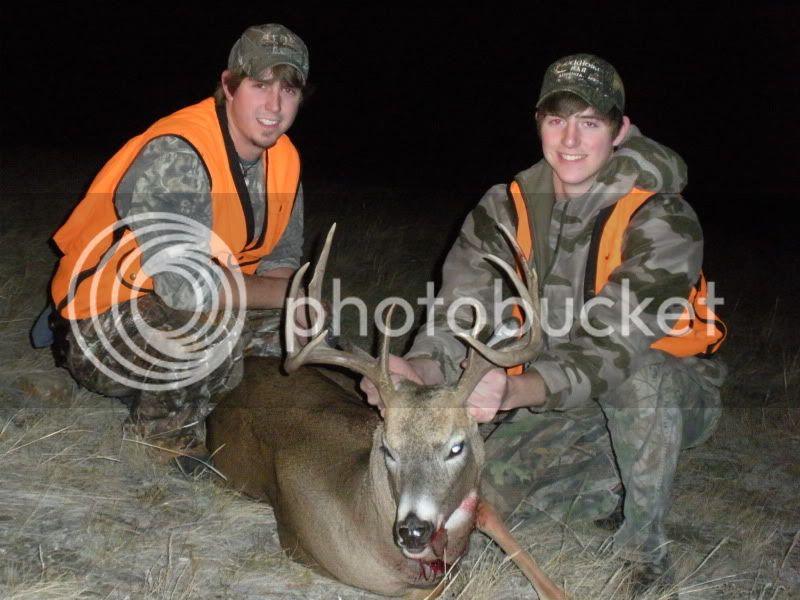 Which brings us to yesterday afternoon...
After watching my little bro kill his buck, my trigger finger was itching uncontrollably. My wife and I were sitting at home in the middle of dinner when my little bro called and said there was a nice buck feeding out in the stubble field on some property we hunt. So wife and I put dinner on hold, gathered our junk and were on the way out here with only 30 mins of shooting light left. Its nice having hunting property only 5 miles out of town ! After glassing him for a few minutes, I decided to put a sneak on him. He was 600 yards from where we originally glassed him and after a short sneak, I was within 200 yards. Double checked with my wife to see if she wanted to shoot him but she told me to take him. A little side note: we have been together a little over 4 years and been hunting together since we first started dating and this was the first animal she has seen me shoot.

Anyways, I crawled out to the edge of the stubble to where I could shoot off of my bipod without grass in the way. Flicked off the safety of my new Tikka T3 270. I only had 5 minutes of shooting light left but could clearly see the buck through my VX3. I placed the crosshairs behind the shoulder, squeezed the trigger and when my rifle settled, he was laying right where he had been standing. The 130gr accubond entered left side right behind the shoulder and exited same spot on the off side. Looked back at my wife and she was all smiles! It wasnt much of a "hunt" but was a short and sweet and made memories to last a lifetime! Now for the good stuff... 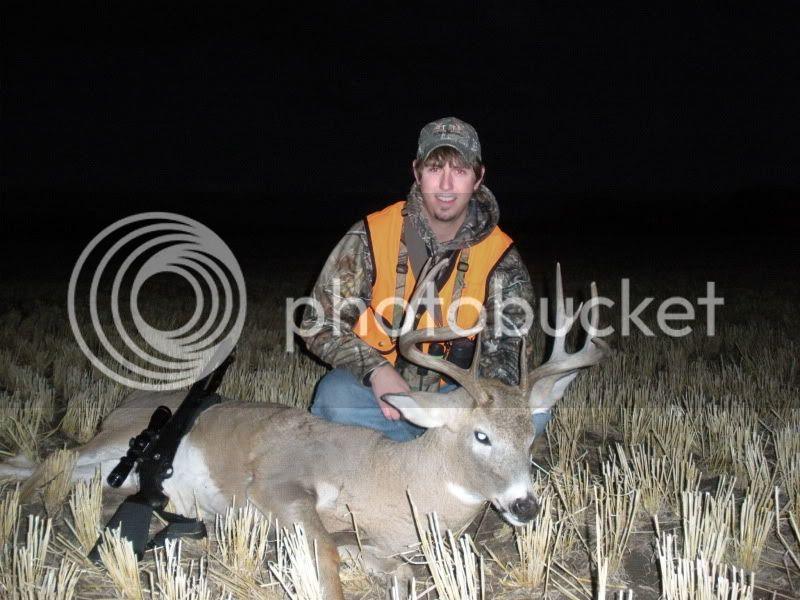 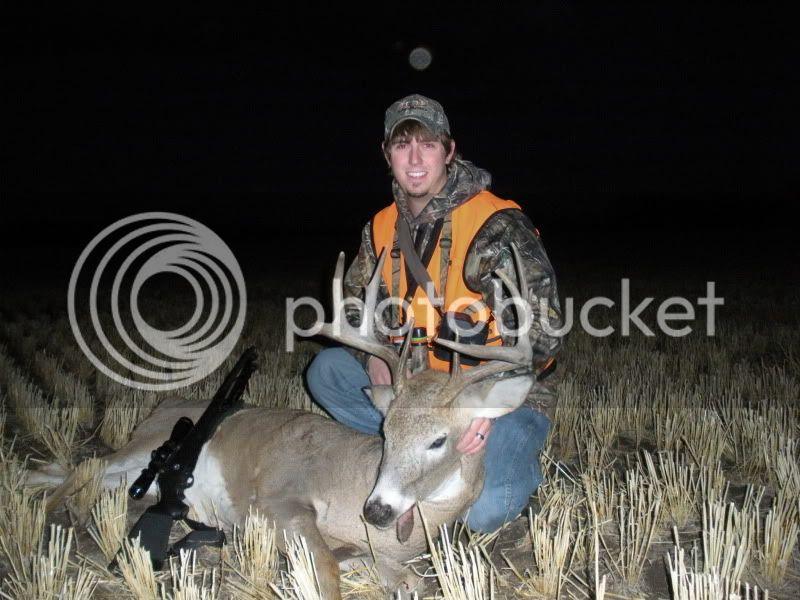 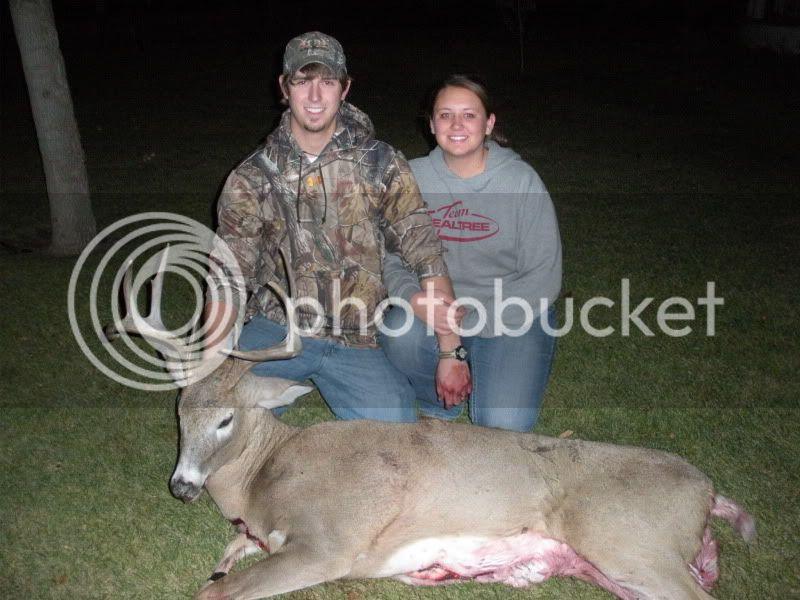 My little brother's buck from last night and my buck from last night were killed close to 20 miles apart but they have almost identical character. They both have the same little sticker point on the left G2s, both have a "point" that tried to grow on the right G2. Mine is a little heavier and wider and his has slightly longer a main beams but they look just alike! 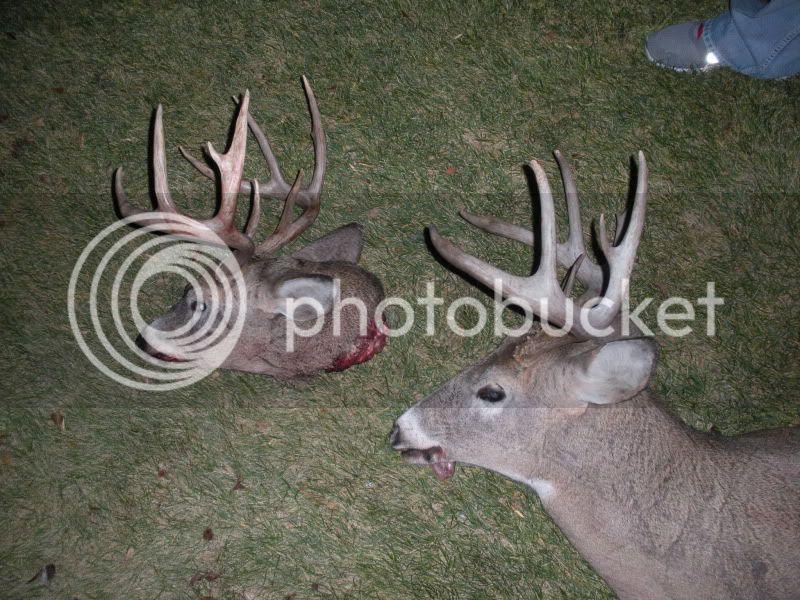 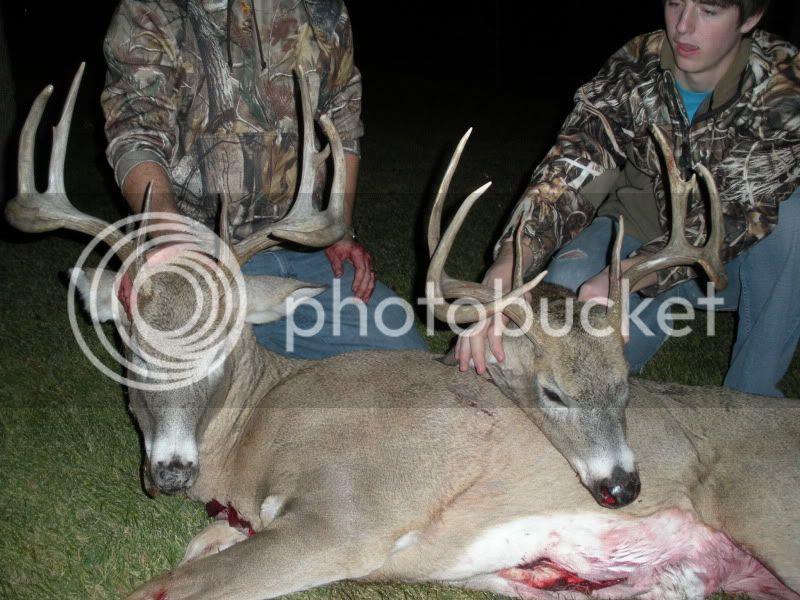 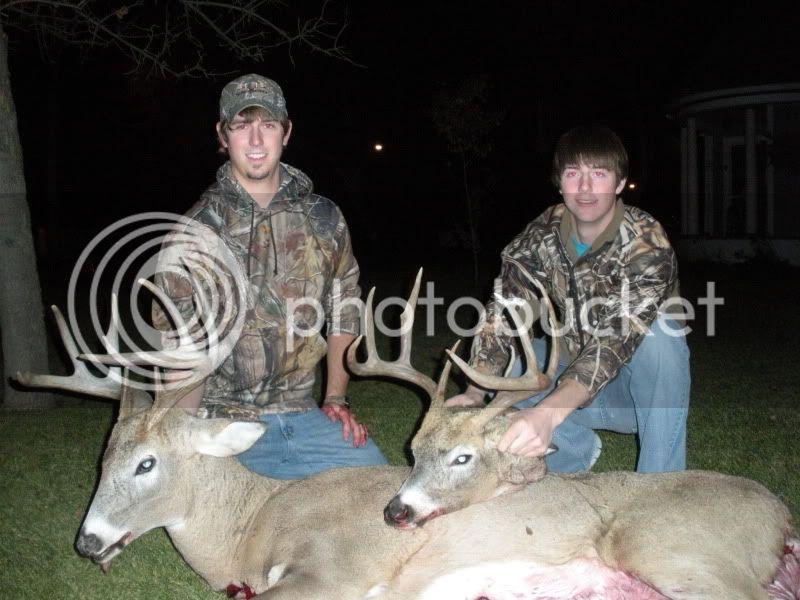 Makes it even better when it is with your brother!

Nice bucks! That is so cool that their racks are nearly identical. They are definately from the same gene pool. Their dad must have been a traveling saledeer! JohnnyK.

johnnyk said:
Nice bucks! That is so cool that their racks are nearly identical. They are definately from the same gene pool. Their dad must have been a traveling saledeer! JohnnyK.
Click to expand...

N
My buddies 2020 whitetail with a little droptine