Actually, the 788 was a wonderful mistake. It embarrased Rem because it outshot their premium actions out of the box and its trigger had faster lock time. They might be homely looking, but in their heart they are a LION!
D

The following blog is interesting reading:

It was written by French man Robert Chombard who regrettably past away last week. He had been working on the rear lug Inch action. And he did got some inspiration from the Remington 788among other rear locking lug rifles. The blog is written in both french and English . There are some interesting information. Enjoy
D

Read : the birth and development of the inch at the bottom of the page

Thank you all for your input and experience with the 788! I'm very aware of there being a lot of different actions to base a rifle off of. But the point is that this is the one I have laying around and am interested in doing something with. My dad got me this old 788 from a gun show in southern utah years ago for something like 150$. I'm not a bench competition shooter, but I am a hunter and also a guide out here in the west so it will be packable and be capable of smashing a muley or antelope out to 700 yards. I'm thinking the 7-08AI or 260AI.
W

Having built many rifles on the 788 action, I feel i know the strong points and the weak points so I will share what I know about the 788 Remington.

First a little history.
The 788 was designed to be an economical rifle to compete with other manufactures cheaper offerings. It was never intended/designed for a long action cartridge. Materials are the same and machine cost are greatly reduced because the requirements of the bolt abutments and the lack of broach cuts to control alignment of the bolt recoil lugs are eliminated, this design not only added action strength, it also added weight. Also they don't have a bolt recess that is really not necessary unless a cartridge is overloaded and spews gas out where it should not come from. (It is a nice safety feature for those occasions where pressure exceeded the cartridge case strength)

The reason they were removed from there action line was simple, they were hurting the 700 sales,
the same reason they removed the 721 and 722 models. And went with a standard short action and a standard long action. the manufacturing could concentrate on one design and one trigger design. this saves cost and improves production.

The recoil lugs location was also a design requirement because an interrupted thread is much more precision to machine it is also much less expensive saving cost of manufacturing. (The original goal), The strength issue is non existent. If this design is good enough for Weatherby Mark 5's , big artillery and navel guns, it is certainly strong enough for any rifle cartridge. they also allow a 60o bolt lift that makes them fast and gives a lot of clearance for scope and mounts

Another design advantage of the 788 was a center feed removable magazine. something we all seem to gravitate to now days. Having a straight bolt bore and bolt, tolerances can be closer.

The heavy bolt lift is a case of higher pressure and a more aggressive came angle that makes it harder to break the round lose (extract). A simple change to correct this is to add a tactical bolt knob to effectively improve the maniacal advantage of the bolt. Only 1/2 '' to 3/4'' longer seams to correct this negative. the only other negative I have encountered was the flat firing pin, and Remington remedied that soon after they came out with the 788.

There will always be lots of opinions about different actions, but most of this is based on hearsay
not actual experience. If they are not any good, why does a used one run anywhere from $500.00 to $900.00 dollars. Just because an action is designed for cheaper manufacturing cost, doesn't make it a weak or cheep action/rifle.

Like everything else, it is a great design if used the way it was designed.

I have a 788 243 Win that the bolt handle has broken off of; do you know of anyone repairing them professionally; it's already been brazed once. Or do you know of any precision machine shops making new one piece 788 bolts to eliminate that weakness?
J

I traded for mine and am in to it for $300 all told. Looking it over, this one is very nearly perfect condition, but somebody removed the front sight and filled in the screw hole. Have not had a chance to shoot it yet. I don't care for the Weaver mount, so I'll probably replace that, and the old Tasco 4x scope will be replaced. I'll likely put on a decelerator recoil pad as well - but hopefully that will be it.

I definitely think they are worth the money to rebuild. I have 2 788's one in a .222 rem that shoots dimes all day long and a 243 that was rebuilt last year that shoots amazing. Good luck with whatever decision you make.

When I had mine rebuilt I had my gunsmith tap the action so that I could use lightweight talley's.

Well, the Mod 788 is an inherently accurate platform, so pretty much whatever you turn it into it will shoot, the only thing I might add to the conversation is; put in a Sako extractor in the bolt by a proficient gunsmith.
www.longrangehunting.com

I'm constantly keeping an eye out for one with a 473 bolt face. I shot my first deer with one and plan on building one up to match that 22-250 with modern parts, possibly built with a 22 creed for my kids to hunt with. It was a blast, glad my mother found this old gem. 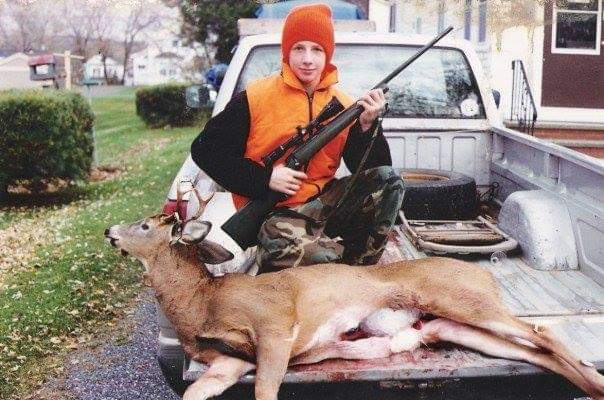 dave_halsey said:
Ive had a remington 788 ( longer action in 308) sitting in the safe for years now and i keep going through the rounds of tuning it up to hunt with. My real question is would to be worth getting a mcmillan and a stainless proof or comparable type barrel to change it to a 7mm-08 for a little light weight rig? Or would it best to just go with a wood boyds and a shillen as a cheaper tune up as just a truck gun to shoot the occasional coyote? Thoughts?
Click to expand...

You mentioned that it's a longer (Med) action? Maybe a 6.5 PRC or a 6.5-284 w/Hart bbl and a Boyds stock.
That would keep it a budget build and still be a shooter...All except for changing the bolt face :-(
You must log in or register to reply here.
Share:
Reddit Pinterest Tumblr WhatsApp Email Link