Having had some medical issues for over 1.5 years, I'm finally getting myself in shape, along with the changes I wanted for the muzzlelaoder. Soon I'll find out how rusty I've gotten.

First, the BEST change I've made, is to replace the OEM breech plug in this Ultimate BP Xpress to the new designed AGS breech plug. By doing so, I saved myself a lot of work and in the long run, a lot of money. I can now shoot BH209 without worrying about gas cutting a breech plug nipple, and after replacing 3 breech plugs, trimming 1,000 pieces of brass and reaming the inside flash hole on the same only to shoot pellets in the past, I'm tickled pink!

I've never been really happy with the McMillan thumbhole stock that came with the rifle. Its ok for a hunting stock, but not made for shooting a lot of target. So while I was out of commission, I got permission from the CFO to purchase a new stock. After lengthy conversations with a rep at McMillan, I weighed my choices and decided on the Game Warden stock. I finally decided on a color and ordered it in the middle of February. It made it here the other day (photo attached). I ordered 5#'s of BH209, which showed up today

I've went just about as far as I can go with the rifle without going to a .45cal barrel. Hopefully sooner than later, the weather and things will make going to the club's long range a possibility. I'm hearing rumor that new land riding, higher BC bullets for .50cal rifle will be available in the future. I'll be ready when they're available.... 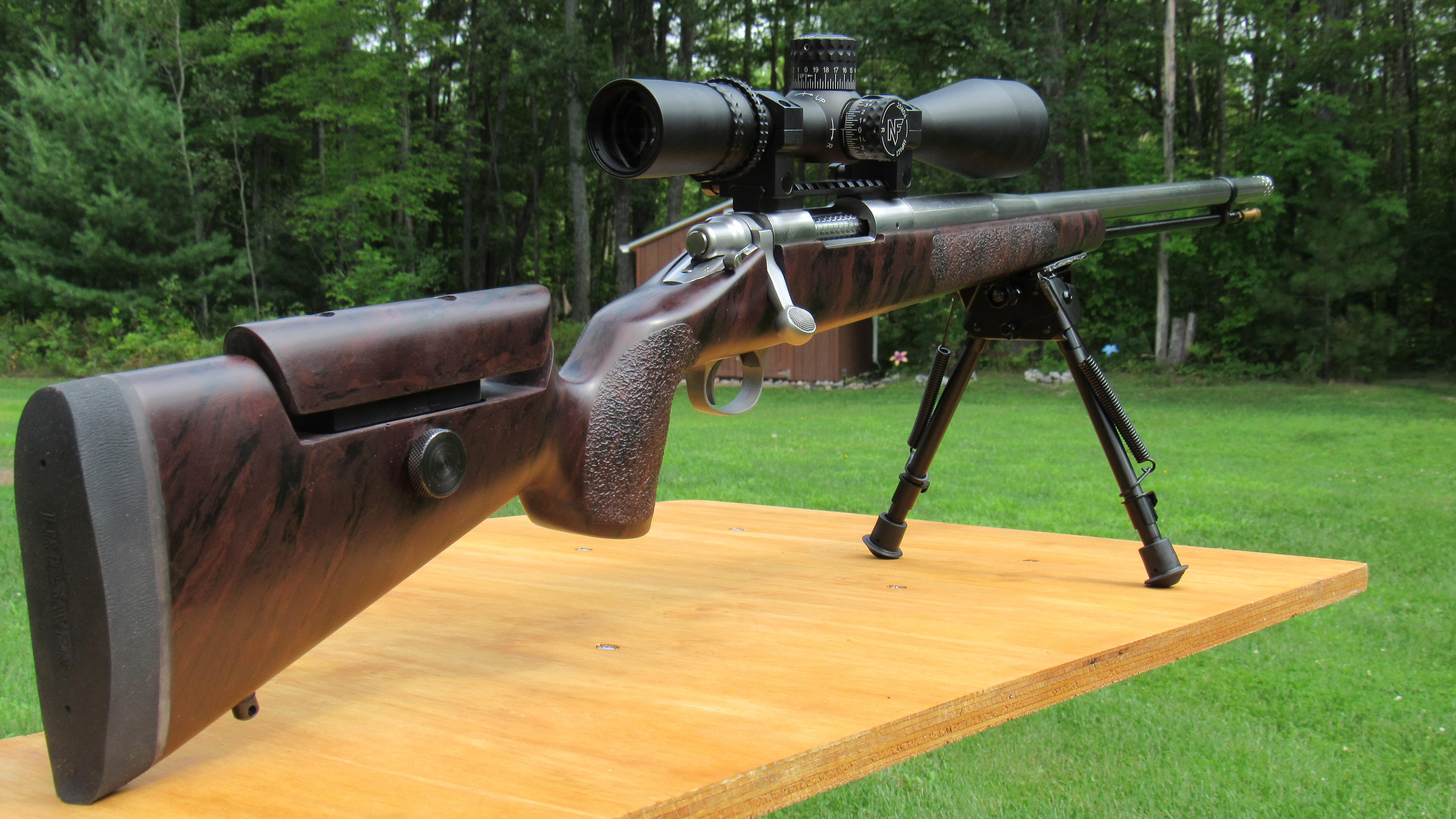