bad day at the range:(

well i made some more loads to try and i had one bullet lodge in the barrel after bout my 3rd shot so i put my rod in to shove it back out like i always do and i dont know what happen but it broke off in the barrel and will not come back out so my 308 is down now i guess im gonna have to take it to a gun smith...prolly have to just get a new barrel for it
buuut to make me feel better i done some horse trading with one of my old guns and got me a remington 700 long range in 30-06!

So how does one get a bullet stuck in the barrel? Didja miss the powder charge in one?

If you think you are going to have to get a new barrel, just get you a wooden dowel that fits the bore diameter close. Cut it to your barrel length. Get you a rubber mallet as to not damage the crown. And you know what to do. if your cleaning rod is brass or aluminum you may be ok. If not then its the new barrel..
2

22-250hunter said:
ill have to try the wooden dowel and it happened during chambering im guessing i made one just a tad bit to long i checked the rest of them after i got back home and they was fine on length
Click to expand...

Won't be a problem I wouldn't think. Can't be more than a few thousands into the rifling.

If you did it during chambering then its not in that far. It shouldn't take alot of effort to get it out. I'd say you'll be fine. The only thing that worries me is you might have wedged the cleaning between the barrel and the ogive of the bullet. It could scar the barrel, I would still try it. The damage is already done.

guys sounds like the OP has a LIVE ROUND stuck in the chamber and can not close the bolt on it. not a squib bullet in the bore.

don't pound it out from the muzzle, not safe. Take it to a smith and have him take the action off and pull it.

Jim See said:
guys sounds like the OP has a LIVE ROUND stuck in the chamber and can not close the bolt on it. not a squib bullet in the bore.

don't pound it out from the muzzle, not safe. Take it to a smith and have him take the action off and pull it.
Click to expand...

If this is true then don't pound it out just tap it out. If it makes you feel better put some tissues inside the bolt area so nothing will strike the primer.Like mountainman56 said it can't be more than a few thousandths.
2

Jim See said:
guys sounds like the OP has a LIVE ROUND stuck in the chamber and can not close the bolt on it. not a squib bullet in the bore.

don't pound it out from the muzzle, not safe. Take it to a smith and have him take the action off and pull it.
Click to expand...

22-250hunter said:
naw its just a bullet not a live round i was able to pull the bolt back and at least get the casing out and i just worked on it somemore and got it all out thank god from the eyes it dont look like any damage was done but i guess ill find out when i go to shoot it again
this is what i got to replace it with my horse trading
Click to expand...

Having had to deal with similar and trashing a nice rod I bought some brass rods. Just drop them down the barrel and let their weight do the work. 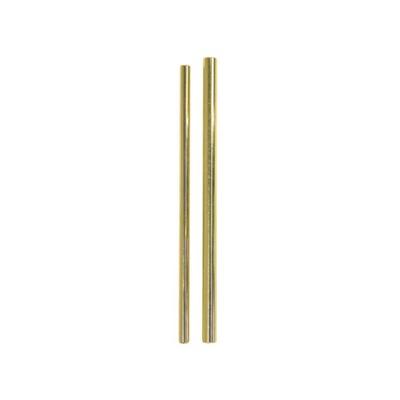 Another option from the Brownells product description:

"Don't let a stuck bullet from a "squib" or weak load cut short a shooting session. Far superior to other rods or makeshift punches, this non-marring brass rod fits the bore closely, can't wedge between bullet nose and rifling. Each rod is drilled and tapped to thread onto a Dewey cleaning rod; very handy for knocking stuck bullets out of rifle barrels." 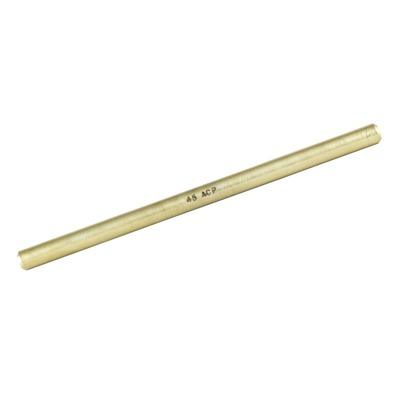 But one 10 shot group were all within the 1 inch bullseye.

Granted this was the first time out and I had to zero the scope, and because there were no 100 yd target butts set up and I had no way to set one up all shots were at 50 yards.

I got out last Monday and shot 40 rounds of Win White Box and they all fired and were accurate. Then I fired 50 low velocity rounds to fire form so I could neck size them..using FMJ w/lead core. Those all went boom too so now I have those ready to load.

This is when the fun started. I had purchased some copper bullets and being theytype of bullets that have no actual data I had to start low...with the same 4 grain load of Trail Boss I used on the FMJ loads.

Big Mistake! First and second round went bang and for the most part, they were fairly accurate. I was shooting clay birds on the berm 70 yards out. Several shooters were also shooting them and I saw dirt fly every shot up to the 4th one. I did not see dirt fly when I fired so I pulled the bolt and looked down the bore. Stuck bullet. Time to go home.

Got home and ran a rod in from the breach and found the bullet in about 6-9 inches. I gave it a push and it went very easily...right up until I fely iy land against the bullet that stopped 4" short of the muzzle. I tried pounding them out but the front bullet would not budge.

I called around and got prices for a Gunsmith to get them out but I am cheap and impatient. $200 bucks or more is more than I will spend.

I looked on You Tube and found a great link. The guy shows exactly how to dislodge bullets by filling the bore with water and firing a blank down the tube.

I contacted him for some instructions and because Trail Boss is so low pressure, he said if a smaller charge doesn't work, beef up the charge.

This method is safe and it works. You might want to keep the link just in case.
skg

Now I have 46 bullets to pull and Midway is sending me a .224 collet for my Forster Bullet Puller.

thanks for the help and load data guys im bout to go try some that i made last night out now i started with 168gr hornady match at 49 grains went up .5 grains working to 50.5 then went 50.7 with a coal of 3.400 then loaded some 155gr amax started out at 53 then went 53.5 same coal and then loaded 168gr sierra match at 53.1 with a coal of 3.330 powder for all of these was imr 4064
You must log in or register to reply here.
Share:
Reddit Pinterest Tumblr WhatsApp Email Link