On 10/21/09 I killed my first ever Antelope. It was a long time in coming.
I was lucky enough to share this day with my two brothers and 4 year old nephew. 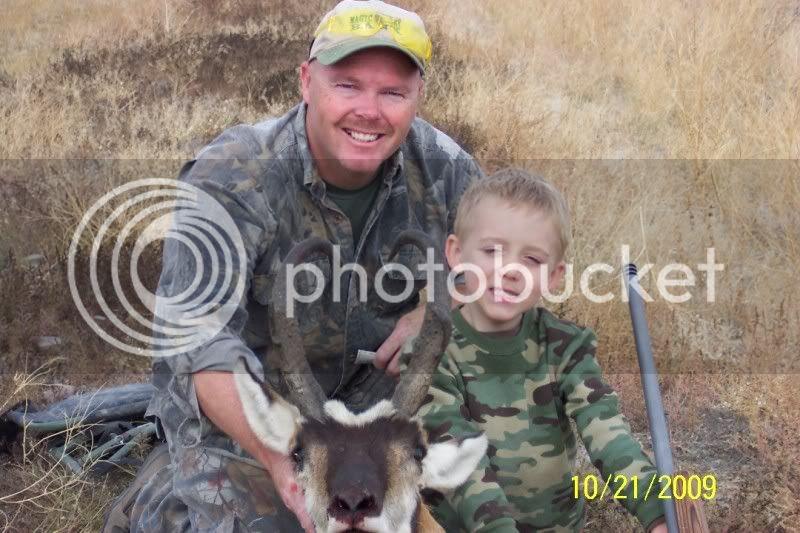 I have been attempting to draw a tag since I moved to Idaho in 1990. I put in every year and accept my disappointment every year. Till now. Since I received the tag I have been on cloud nine. After this long I felt like had won just by drawing a tag. It did not matter if I got one or not. I was already successful.

The hunt opened on Sept 24th. I got several chances to go out hunting. The unit I drew in is driving distance from my home. I saw numerous antelope and several excellent bucks. I have always enjoyed looking at antelope but enjoyed it even more now that I had a reason to pursue them.

I left the house with my family with the intention of looking for antelope and calling coyotes. No luck for either although we saw both. 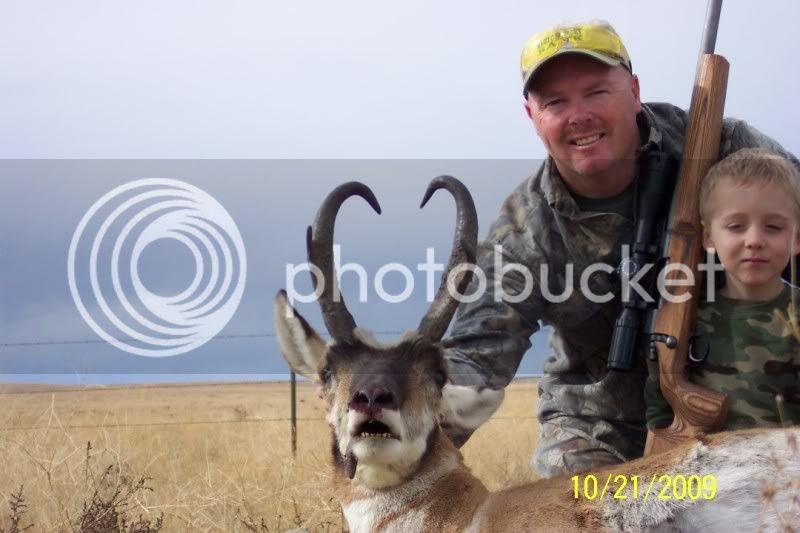 While we were on our way out of the desert (nephew getting hungry) I saw another group of pronghorn. There appeared to be about 25-30 total. I had seen this bunch before and knew there were several shooter bucks.

As I set up my rifle I watched one very good buck walking away. I lost sight of him as he entered a low spot. I scanned the group and immediately spotted another buck. He was fairly narrow. He seemed tall and I felt good (warm fuzziness). I knew instantly that I would shoot him if I had an opportunity. I watched him as he walked then stopped broadside facing left at just under 400 yds.

I put 2.25 MOA (300yd zero) into the scope and held right on his shoulder. I knew this was “the one” because I felt a very calm and peaceful feeling. This is usually how I know that the Big Guy upstairs approves. Warm Fuzziness again.

The crosshairs were steady and I pressed through the trigger. I heard the bullet strike and watched the buck run approximately 60 yds before piling up. I did my happy dance and touchdown pose.

I asked my nephew to help me recover the buck. It was his first big game experience and he was great. He was the one to “find” the buck. 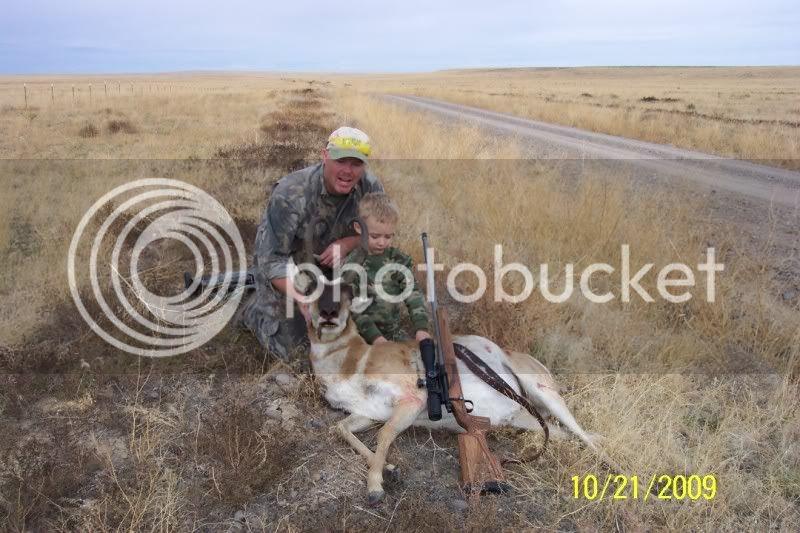 I forgot my camera at the truck. So I had to get pics after I packed him out on a pack board.

Stats:
Shot was just under 400 yds. The bullet broke both shoulders, took out top of heart and both lungs.
I used my Remington 700 ADL w/ Joel Russo A5L stock
SWFA SS 16X scope
6.5 Gibbs 28” Hart barrel Defensive Edge Muzzle Brake and 140gr Berger VLD’s.
Buck measures 15” by our crude measurements.
We were unable to measure my joy, happiness, or satisfaction.

Congratulations Dave, nice antelope. Good thing you had your nephew along to "find him" for you. He'll remember that for a loooong time.

Now you can start the wait all over again huh?

You may have to have that grin surgically removed.
S

Congrats Dave! That's a great hunt, and a whole lot of years to draw the tag.

Lots of good memories for years to come I'm sure!

The 6.5 speaks again. I love the picture with your nephew.

Your joy, happiness, and satisfaction will come back to you every time you look at that picture.

Thanks for sharing with us.
Y

Great story and thanks for the pics!!
H

Congratulations!!!
Great story, enjoyed reading it. Nice pictures. You must feel great, and your nephew I am sure is very happy about finding your buck. That is just one great way to encourage and start a little guy into hunting. Awesome!!!.

What a great memory, congrats.
M

congrats on a great buck and great story

Excellent! Thanks for sharing.

Congrats on nice pronghorn,looks like great mass on third measurement!what part of the state?larry
D

Congrats on a fine looking lope and your first one!.....Wish you many more and better luck on your draws in the future...