So my long range shooting and reloading addiction pretty well began on this website and I thought i would post a recent success in my journey to hit things further than I ever could have imagined. I even bought an unfired McMillan built Remington 700 300 WSM off this site from a guy that his own reloading business that decided he liked the 300 RUM better.
So I've made about every mistake possible when it comes to reloading down to learning the importance of seating depth, brass prep including annealing and neck tension. My recent goal was to build a hard hitting load for my WSM with bullets i could find over the counter, because before the best load I had for this rifle was with the 197gr Bullets made for Best of the West by JLK that was a dealer for them.
I didn't realize that Berger was about to move to Arizona, so that was a major speed bump since the gun has shot them very well in the past, but I was looking for something in the 200gr ball park with over a .600 BC and the only thing I have been consistently finding was the 195 gr Tipped Matchkings. I also have been reading great things about RL26 and despite very little info for the WSM, i wanted to give it a try. This stuff is amazing.
Today I loaded up my 10 shot ladder after already having found a seating depth the gun liked and took my press and prepped brass to the range with me. After checking a few plateaus in velocity I fell on 68.3 gr behind the 195s pushing them at an average velocity of 2948fps, a SD of 4 and an ES of 16! To top it off, i shot my smallest group to date in the tune of .10". I am beside myself with the performance of this rifle and am looking forward to putting this bad boy to use.

Hope you all enjoyed the story, thanks again to guys on here and thank you Sam at Panhandle Precision you have been a great resource . 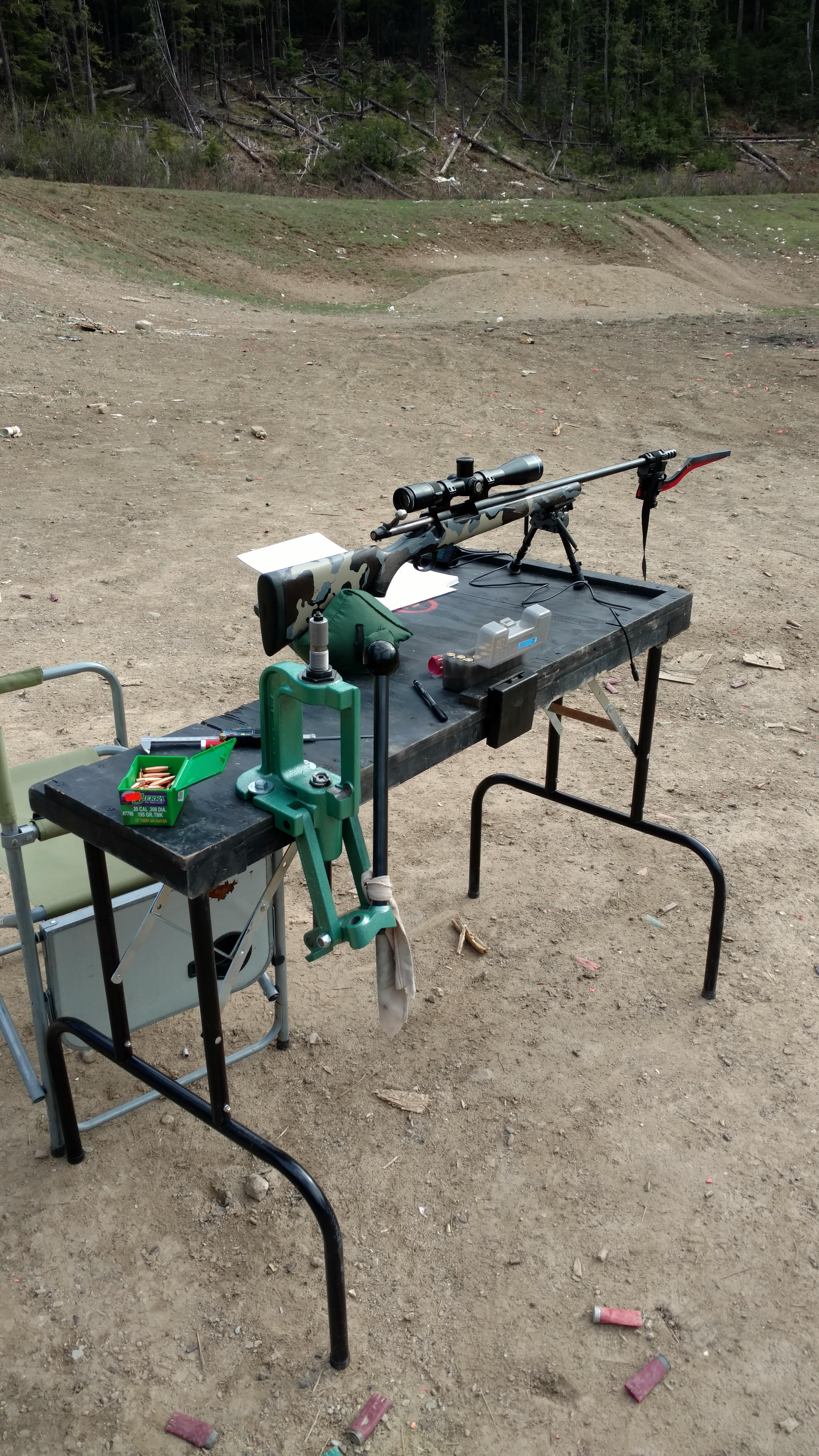 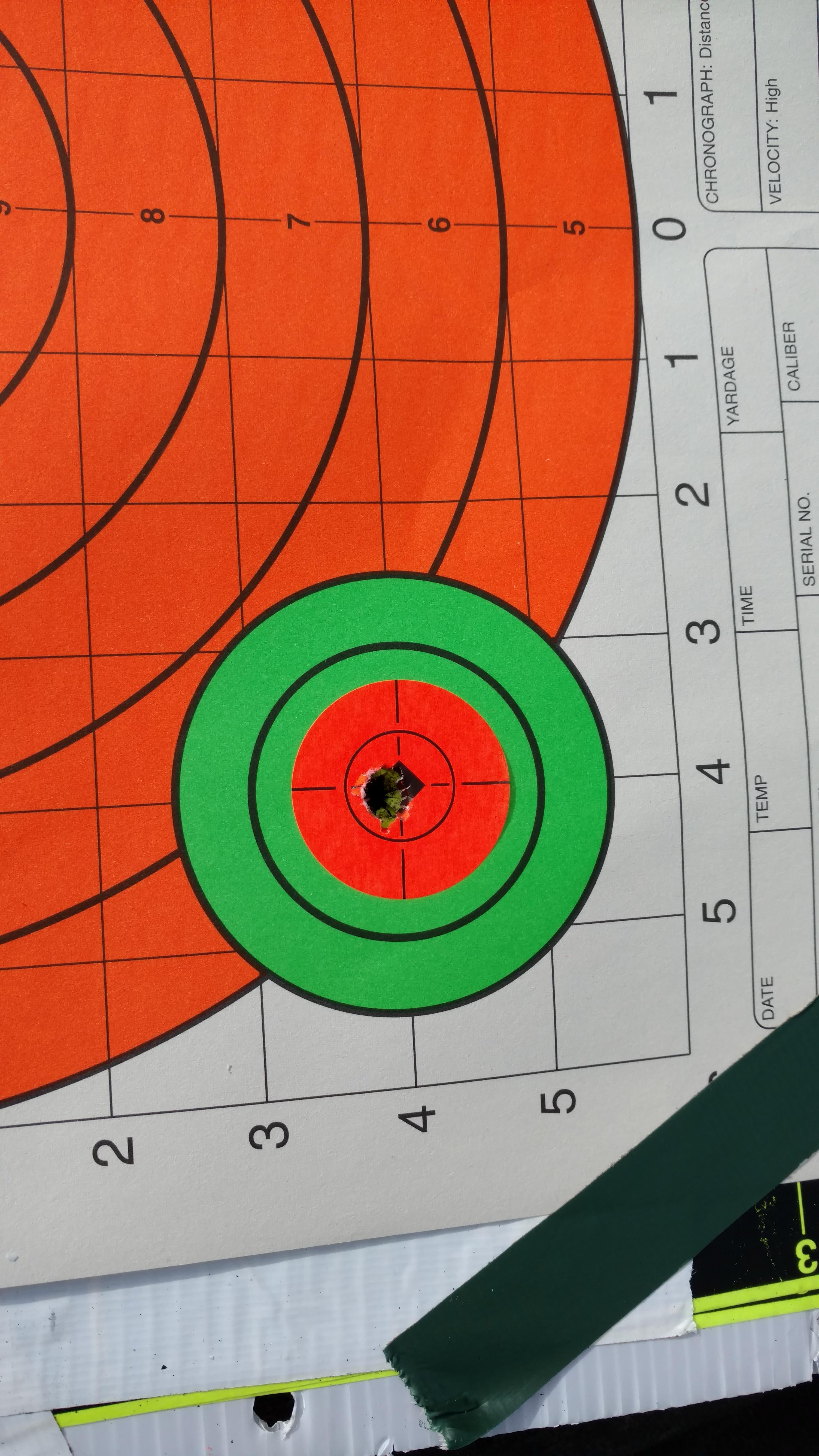 skookum said:
24" Shilen, before RL26 the fastest, consistent load I could find was with 7828ssc at 2840 so this is a major improvement in my book.
Click to expand...

That's fantastic to hear, i have been mulling over dropping to 24 for my next barrel and would be tickled with that speed.
J

Great post Skookum! I have been wanting to try RL26 in my 300 wsm. Currently I'm also running 7828ssc with 230 Bergers. Results have been great but the RL26 sounds awesome!

Thanks guys! I wanted to give the 215s a go but i can't find the dang things anywhere and i just don't have the chamber for the 230s. I guess I'll just have to "settle" on this.
C

I just recently up graded my Savage 300wsm model 16 to 26" ss fluted tube, but have yet to shoot it.

The 200 gr ELDX is a pretty awesome performer in the 300 WSM. I switched to it last elk season from the 180gr Nosler Accubond. I dropped a nice NM bull elk with it in October. Looked like somebody pulled the rug out from under him, so I was very pleased with the bullets performance.
I have a stock Sako 75, so nothing custom other than a McMillan stock I had made. Using 62.8gr of RL17 and a COAL of 2.855", I get 2952 fps (I think my ES is 12) and a nice 5 shot "ragged hole". The ELDX can be finicky with seating depth. I had a decent group using a COAL of 2.860", but then it became spectacular when I seated it 0.005" deeper. RL26 is an awesome powder. I did all my load workup before it was available and found such a great load with RL17, that I didn't see any reason to switch.

Nailed it! I'm too cheap to pay for Fernan.