I have to regretfully sell another one of my nice rifles. I have way too many guns and don't have the room in the safe for all of them and need to sell another rifle to afford another safe so here's the next one on the chopping block.

This is a Weatherby Super Varmint Master in 308 and it is the more rare single shot version with the solid bottom action. I bought this rifle second hand and haven't even had the chance to shoot it. The previous owner who is also the original owner said he put less than 300 rounds through it, all FGMM and said he won two 200 yard BR shoots with it. He gave me some targets he shot with it but I can't seem to locate them. Regardless, this rifle is a shooter.

It has a Krieger 4 groove barrel with deep flutes from the factory and has a B&C stock with a beavertail forend. The barrel measures .820" at the muzzle in case threading it interests you. The rifle with the DNZ mount weighs 8lbs 10oz and balances extremely well.

The only imperfections are a nick in the stock by the rear of the receiver, some scratches on the bolt knob and some wear on the bottom of the butt from riding sand bags. All are pictured.

I'm selling the rifle as you see it for $1100 shipped which is less than I paid. These rifles cost well over $2000 from the factory.

I'm not looking for trades at this time. 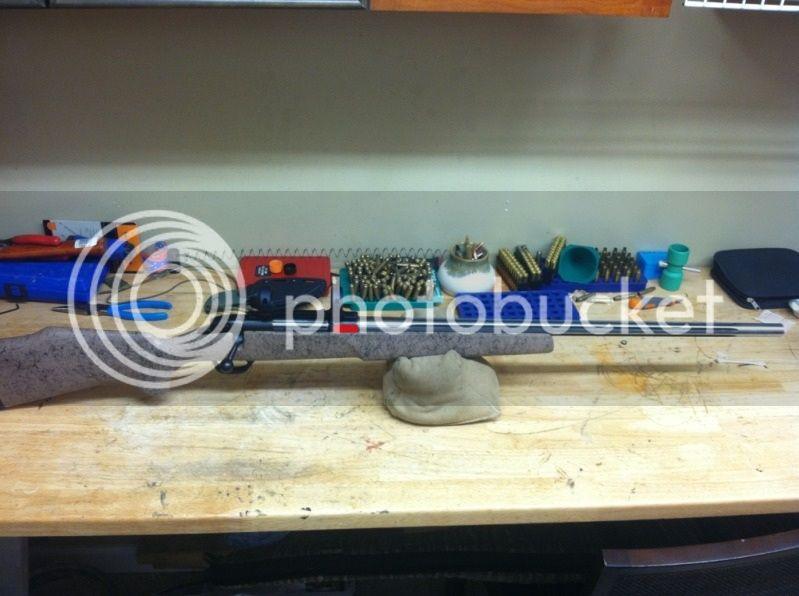 Dude, if I had the money, I'd be on this so fast that shipping box would have wind-burn. LOL
R

It's a nice rifle, somebody is going to get a shooter for next to nothing.
R