I really hope that Senator Burr of North Carolina is not forced to resign. That puts our enemy one step closer to controlling the Senate. Senator Burr may or may not have done something illegal with the selling of stocks prior to the pandemic. But from a 2nd Amendment perspective who cares? His voting record shows strong support for our side. And our enemy circles the wagons around their members when they do something questionable, why can't we? This is war after all. And if he is forced to resign the Democrat Governor will appoint a Democrat in his place. And there is only one Democrat Senator that I have seen so far that has not voted for or supported anti-gun legislation (Testor). And the state of the Senate has the potential to get worse for us if something happens to Rand Paul (Kentucky has a democrat governor as well).

Do we really want the likes of Schumer and Feinstein in control of the Senate? Couple that with the House being controlled by the biggest nutcases in the country's history and it is a perfect storm against us and the Constitution.

So if you are a gun owner in North Carolina please support Burr if you can.

Thank you and good luck to all of you in these crazy times.

I honestly don't know what the big deal is. the guy dumped stocks in late January and February.

By January, everybody knew this thing was coming out of China. In fact, in January Russia was shutting down it's borders and turning back people from infected areas. I know that the leftist media hates Russia as much as it hates Republicans (both are anti-communist) but it's just common sense.

A scary pandemic is coming? You don't have to be Einstein to know that stocks are going to tank. That isn't insider information, again, it's just common sense.

Just like the Media overreaction is a attempt to ruin the economy and wreck Trump, the same globalists will gleefully use any opportunity to attack a constitutionalist. Our job is not to fall for it. Unfortunately most people just go along with the lemming migration and don't think twice.

And I notice there is no media outrage over Feinstein, whose husband dumped stock at the same time.

seriously guys, stop believing the BS media. There is no Pravda in Izvestia. It's all propaganda written by people who want you to doubt your president, your constitution, your faith, and your culture.
Last edited: Mar 26, 2020

Even though the Gov is a D and Burr is an R, I believe the Gov still has to appoint another R. I think I saw that on Brietbart when someone else pointed out the same thing.
If they go after Burr they had better dig into 99 per cent of them all. How can they go into office with a small net worth and five years later they are worth millions? Crooks, all of them......

CVCOBRA1 said:
Even though the Gov is a D and Burr is an R, I believe the Gov still has to appoint another R. I think I saw that on Brietbart when someone else pointed out the same thing.
If they go after Burr they had better dig into 99 per cent of them all. How can they go into office with a small net worth and five years later they are worth millions? Crooks, all of them......
Click to expand...

I've read that 90% of their money comes from foreign sources.


no wonder Joe said:
“I’m not working for you.” 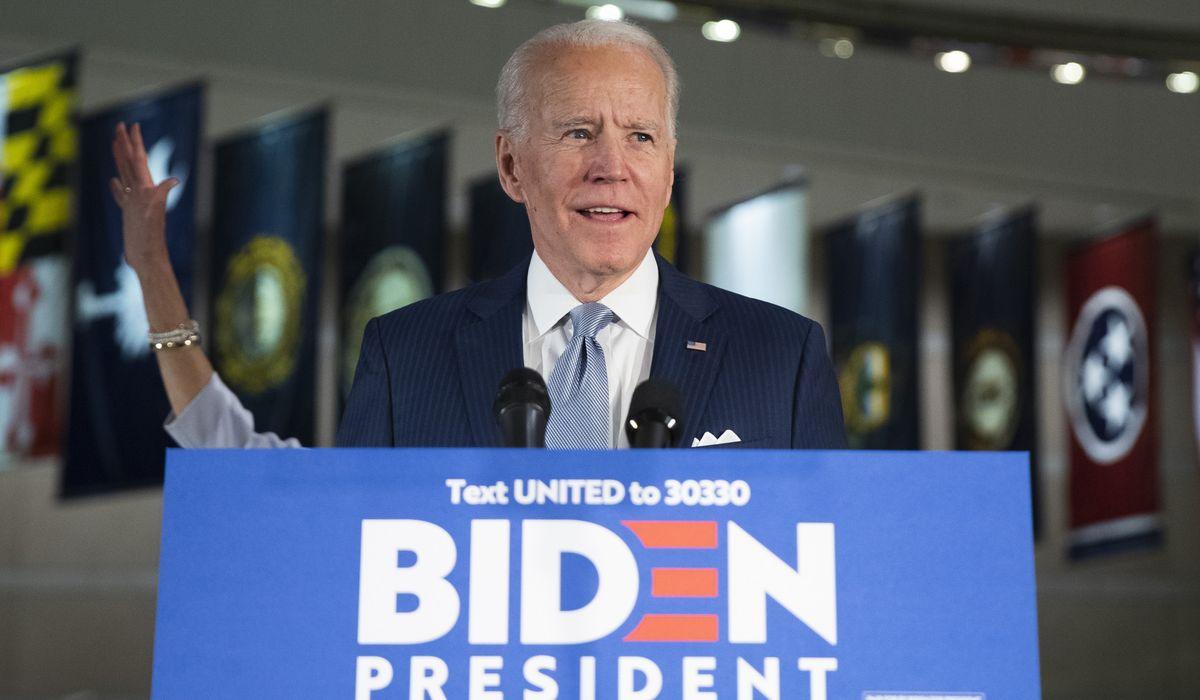 Socialism’s seeds: Joe Biden’s ‘I’m not working for you’

Joe Biden, in a widely reported, widely seen confrontation with a construction in Michigan, cursed, argued and behaved like an ill-mannered, entitled elitist — and when reminded that “you’re working for me, man,” said this: “I’m not working for you.” That’s the seeds of socialism, right there.

he's really not. he's working for the interests of the people who give him money.

There are laws for insider trading. If they broke the law they (he wasn't the only one) need to pay.

We become as crooked as they are by turning a blind eye when it suits us. Just my opinion.

hunter67wa said:
There are laws for insider trading. If they broke the law they (he wasn't the only one) need to pay.

We become as crooked as they are by turning a blind eye when it suits us. Just my opinion.
Click to expand...

Specifically what law did he break and what is the proof that whatever "inside" info he was briefed on caused him to sell instead of his decision being caused by the same info we were all hearing. "If" is not admissible in court, it's only used by the media to dictate the court of public opinion.

hint: I received no briefings but I sold investments at the same time because of my own knowledge of capitalism.

Or is this just supposition and innuendo because he's a pro-gun Republican. Once the media implants rumors firmly enough in everyone's mind and enough people assume he's done something wrong, he'll be shamed into resigning. That sounds like the usual plan.

IF the law WAS broken pay the ticket! Not for us to determine but a court too.

Thats all that I said

To have congress investigate him is a waste of time. They don't even give out slaps on the wrist anymore. Its a done deal, water over the dam, horse out of the barn.......he is a freebee. Business as usual.

i live in NC. i'll be supporting burr. insider trading is just something that i assume every single politician is doing. i dont care what side of the aisle they're on or how many laws they have banning it. they're position is affording them all sorts of opportunities that us normal civilians dont get. this is a big deal because he has an R next to his name. our house delegates are 10-3 in favor of the GOP.

Somebody please explain to me how dumping stocks in the face of a worldwide pandemic is considered insider trading. (BTW, I moved all mine too, just on a hunch from what I was seeing. Glad I did.) What "special tipoff" did he get that gave him unfair leverage? Who the he ll had the foresight to predict what we are experience in the market right now?
Get real people.

I still think putting those type of assets in the trust is the way to go. Then no one should question your conduct. Not an accountant or lawyer but that's what Cruz was talking about.

I hope Burr survives too for the reasons articulated by the OP but if he did something wrong he needs to be held to account. I’m a federal employee and function in a regulatory capacity. So did my wife, until she left for private industry. The ethics department is in my knickers constantly (and I welcome their scrutiny) to make sure I never get into a position that could be considered questionable. Burr would have to be pretty dumb to cross that line but stranger things have happened.

Anyway, Riflehunter1776 is right. High level politicians don’t run the World and they don’t work for us. They answer to the Central Banks and do their bidding. Our freedom and our way of life has been under attack for a long time and will continue to be. Pray for our President, guys.

Nailed it. He committed no crime, move along....

The law was changed so that Lawmakers couldn't insider trade they then changed it back when Sen S Brown was beaten by Pocahontas. What he and others did was dump stocks after an intel meeting.
I'm of the opinion that Lawmakers should be forbidden to invest in the markets because they can make or break a company with a vote or press conference. Look at Schumer's prss conference on Indy bank. After his BS presser they had a run on them and were gone. This was the last time the dems wanted the R in the white house out of power
You must log in or register to reply here.
Share:
Reddit Pinterest Tumblr WhatsApp Email Link