Figured I'd post this up here. Been going to the PI 14 times now and finally found some hunting/shooting over there. All airgun stuff except for Johnny Garcia, the Founder of Long Range Rimfire Philippines. Did that with him last year at the Tagaytay range close to the Taal volcano and took the side road back to Manila and saw the sun set on the South China Sea. One of the most memorable events in my life. Thanks doesn't cover it Johnny. Love ya' brother! 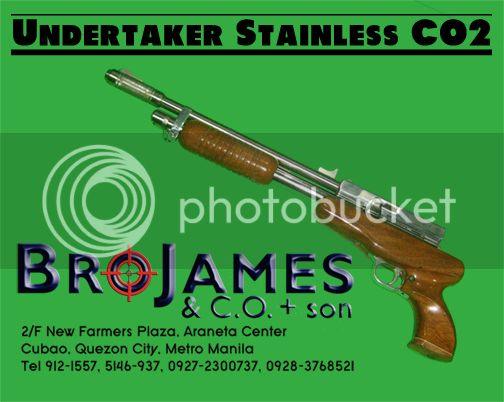 Now there's an interesting story behind this gun. I bought it 2 years ago, and thought it was a pumper. So about every 15 shots or so it would fail, and wouldn't shoot. Well as it turns out it's a CO2 airgun as is advertised right on the pic above. Took me 2 years to just try and fill it, and once I did it functioned perfectly, of course. But I didn't figure it out until I had only 1 day left in the Bicol Region of the PI. This rig was specifically setup to shoot palaka (frogs) at long range, and we didn't see any the last evening I was there. We did shoot at 85 yds. though and were very close to a rock I was shooting at. Next year we'll try and break the "world record" for the longest frog ever shot with a air pistol--and no there aren't any records on it, in case you were wondering. Sent a sorry note to Eskopeta about it though. Here's 20 yds. off a unstable rest-- 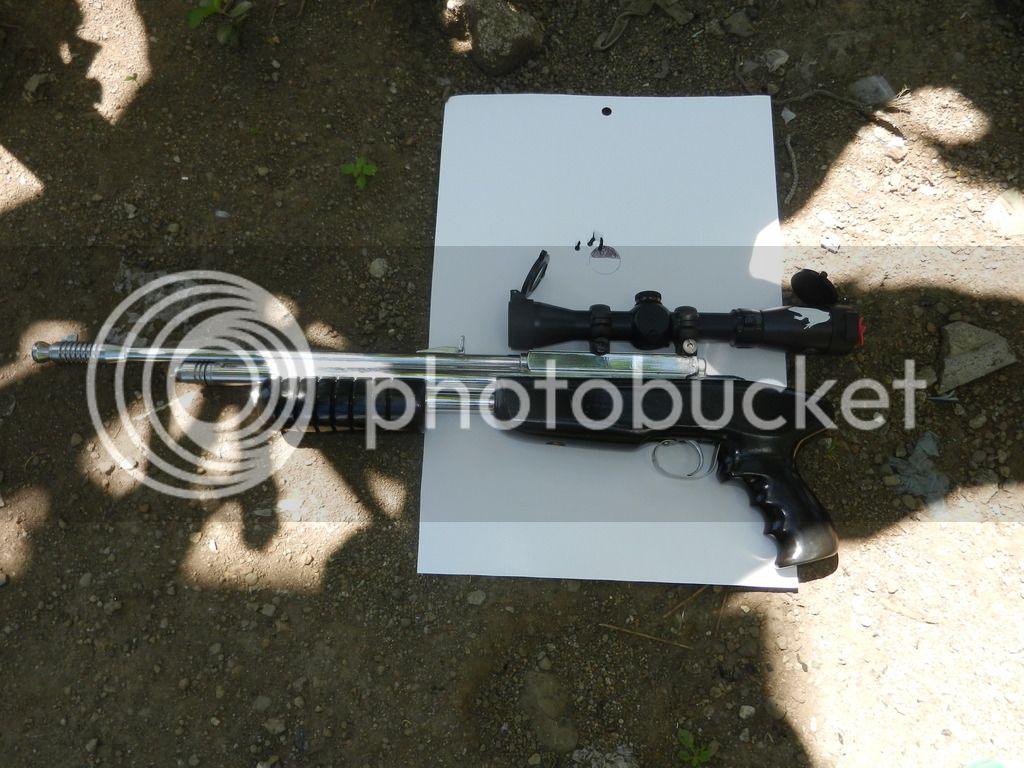 Older Opti-Logic laser that was setup mosty for palaka-- 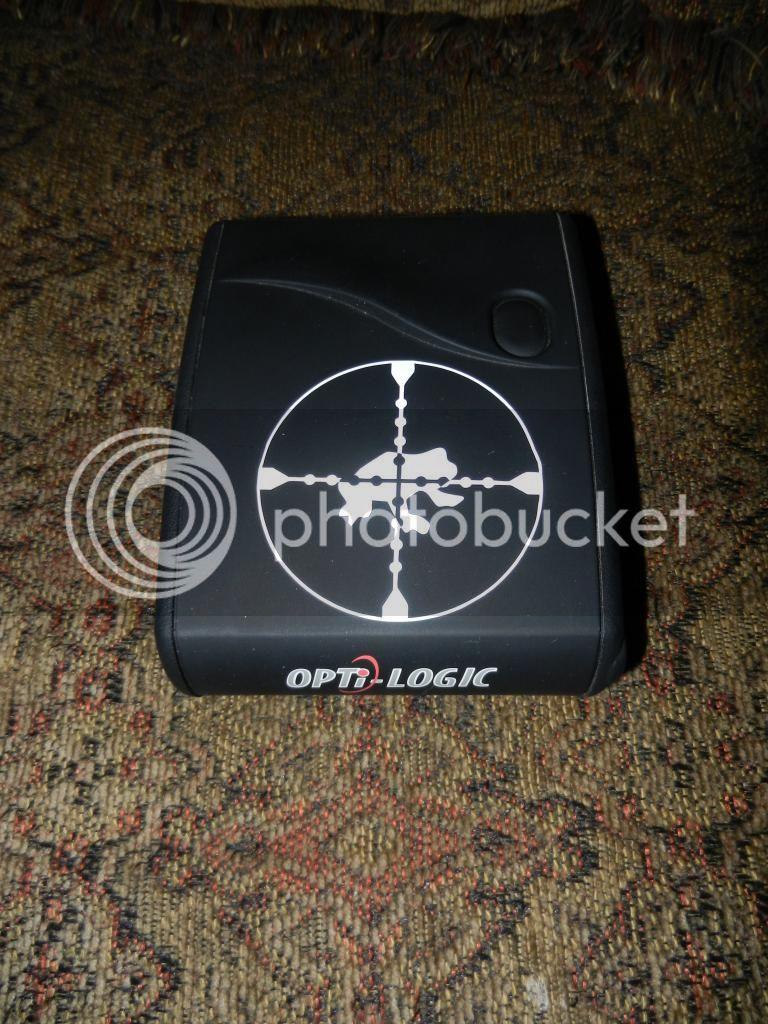 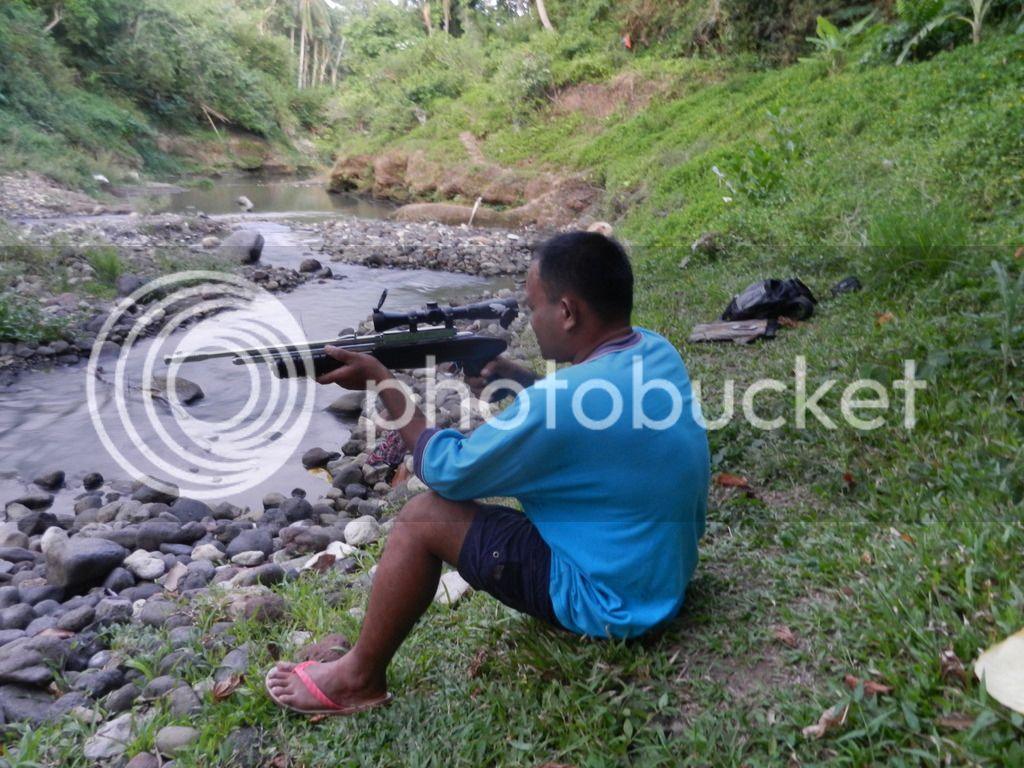 This pistol was from a buddy in Mindanao, who could be one of the most educated shooters in the world. It was his mother's and he didn't even trust it at 1st, but his gunsmith resealed it, and steel epoxied a Weaver base on the barrel and even though I was a bit skeptical about it when I 1st got it, it shot
lights out with local pellets, and the 2X Swift complimented it perfectly. This is the "gun of the Bario" there and everyone likes to shoot it, saying it's "Guapo" (cool). This rig is now my favorite gun to shoot even of all the guns i have here stateside. It has accounted for a bunch of rats in the local dump shed over the several years I've had it. This is one of my favorite hunts of all, but I was somewhat depressed to find that Typhoon Glenda 7/14 took the roof off the recycling shed where all the rats (daga) were. Still cryin' on that one-- 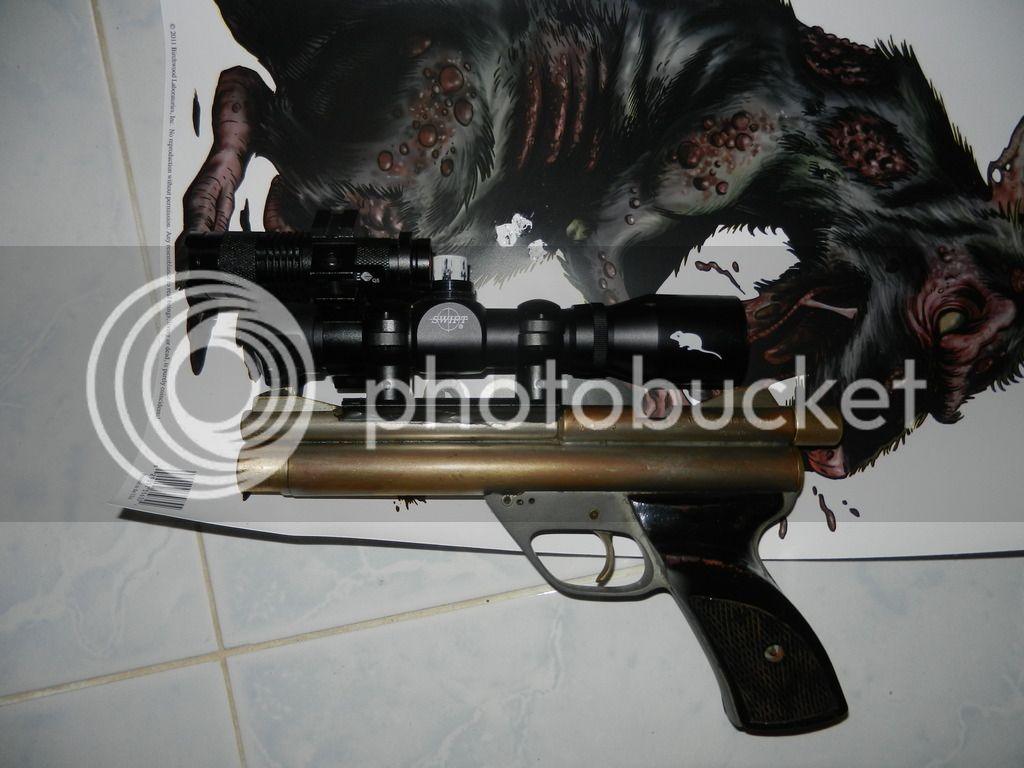 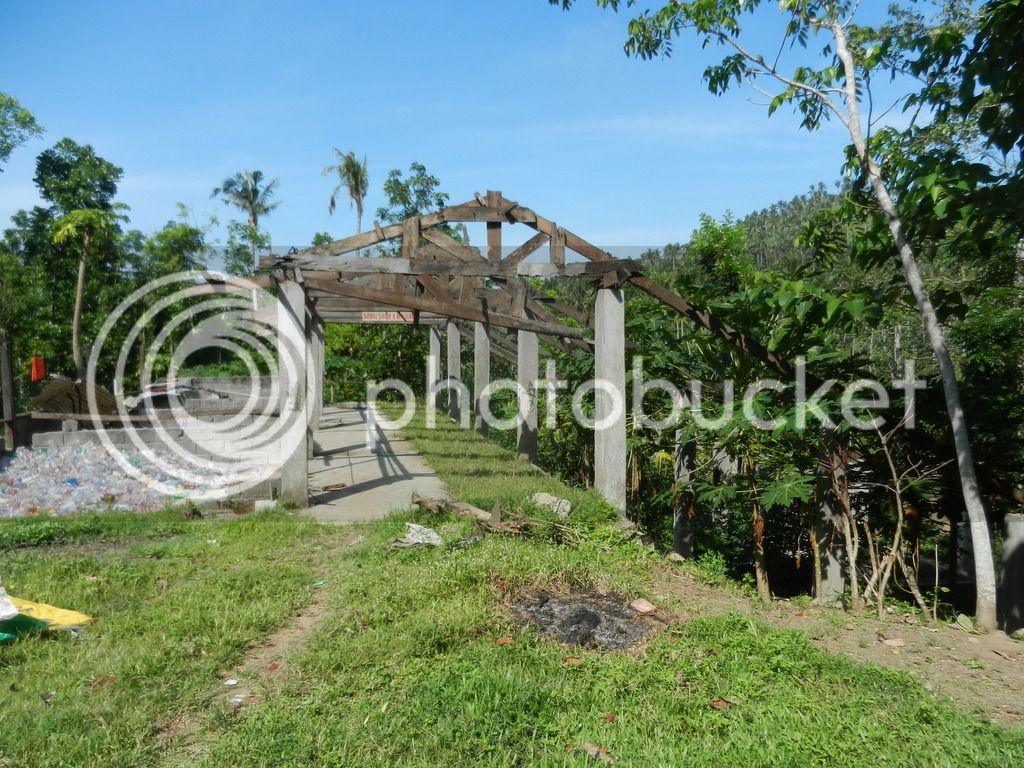 Did shoot some ibon (birds) with it and this one was a 1-shotter my cousin Norman made--the only shot he took. We call him 1-Shot now, and he loves it-- 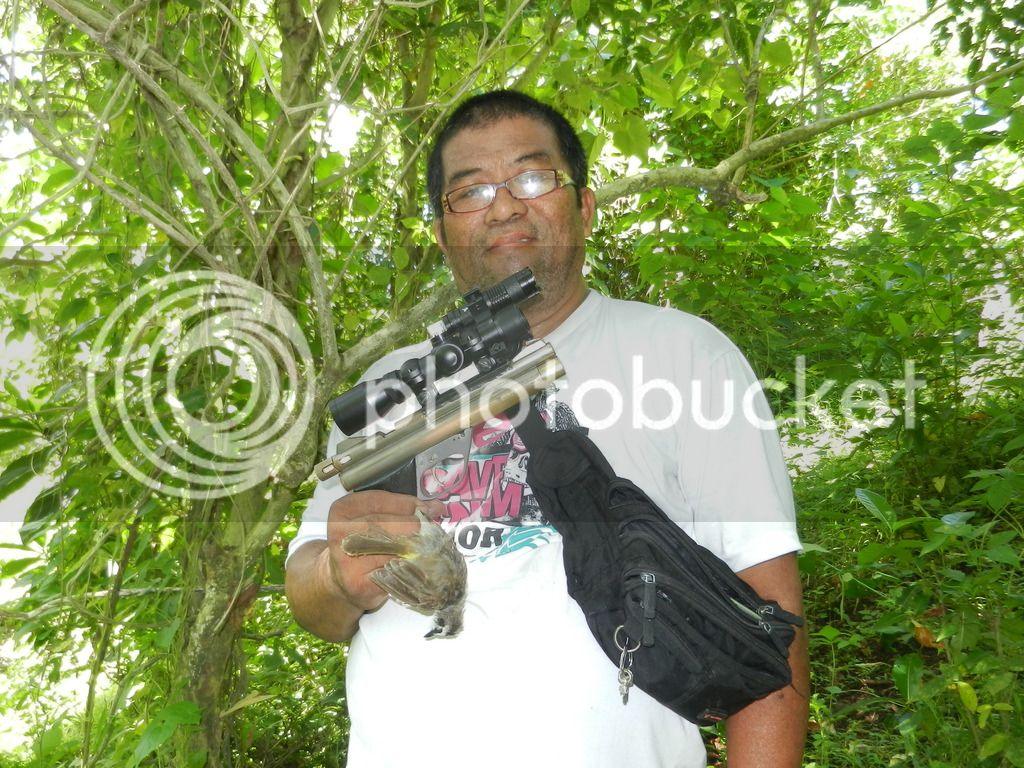