I am selling a barely used DPMS LR-308 rifle. Its basically an AR-15 chambered in .308 Winchester.

Also in the Trade would be a Springfield XD in 45 ACP with all accessories. I traded this for an old deer rifle and would rather have a Beretta 92 anyway so this doesn't do me any good.

I purchased the rifle to target shoot and have since moved on to another project. It will come with a Cabelas Target Turret Scope setup for .308 and a Winchester Bipod. I have the original carry Case and papers. A few small scratches at the end of the ejection port but otherwise brand new. Literally has 14 rounds down barrel. I still have the First Box of Ammo.


Price is Firm since I do not need to sell and I would probably not sell the pistol or M4 until the LR-308 was gone.
$1200 with scope and bipod
$1050 without scope or bipod

I will throw in cash for the right rifle 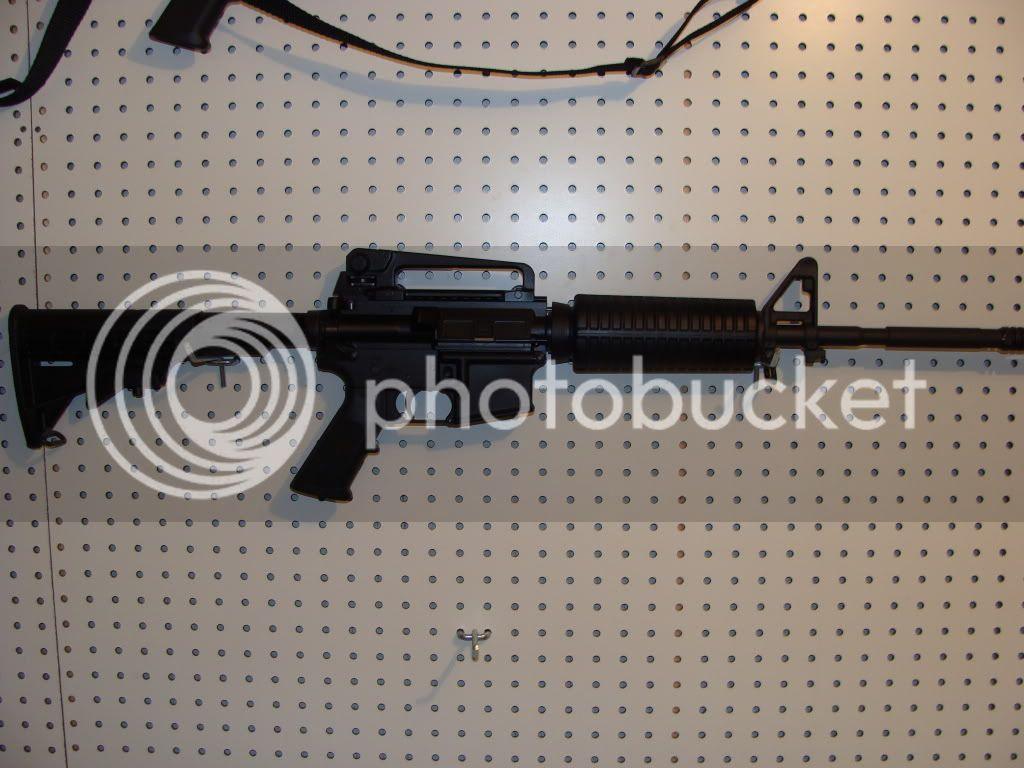 Iv'e been looking for one of these. Was there a problem with it? What kind of trigger do you have on it? What is the barrel length?
O

You said you'd throw in an ar-15 for 2rifles, would you want to sell the ar-15? been looking for a used one. If your interested, shoot me a pm.
L

There are no problems with it at all. I had it on layaway and started saving for a .338 Lapua Magnum.

Once I got the rifle I realized I had no need for it.

After sighting it in it got me through deer season. I cleaned it and its been on the wall ever since.

Barrel Length is 24" Stainless Bull Barrel. Stock trigger. Its a nice looking rifle just not what I need right now.

As far as my AR-15 rifles. One is my Praire Dog Rifle and the Carbine is my coyote rifle. I am not interested in selling them per-say I just thought if I threw one in on a trade I could get me a already done long range rig.

except min has a removable carry handle.
thanks,
Lucas
S

Where are you located?
L

Is the DPMS in 308 still avaailable?
L

sale pending right now. I will delete thread if it sells or post if it falls through.
thanks,
Lucas
S

Lucas, if you are still interested i still have an unfired 338 Lapua AR-30 for sale. I also have 6 boxes of factory ammo.SemperFi
L

I am very interested in you AR-30. I still have the LR-308 because the trade didn't go through. PM me and we might work something out.
Lucas
X