Just wanted to share with the western hunters that are required to use a full bore bullet, the .50cal - 325gr Fury star tip MZ might just be an excellent choice. The .500” bullet comes knurled to .503” and it will require sizing for each individual barrel. Yes, a sizing die must be purchased.

I’ve personally shot the Fury 325gr star tips and have found them to be very accurate with production rifle charges and also custom rifle heavy charges (charges not suitable for production muzzleloaders).

When shooting 110grs VOLUME of BH209, using a .518” dia. - .060” thick veggie wad at 100yds, I recovered perfectly mushroomed bullets from the berm, after shooting through the paper target and cardboard backer. I also recovered perfect mushroomed bullets when shooting custom heavy charges. The copper jacket is .015” thick, with a soft bonded lead core. It obturates easily, is accurate and functions very well with production rifle charges.

I found them to be extremely accurate at 200yds and they will hold MOA at 300yds. Beyond 300 they begin to lose velocity quickly and group ability. For the production rifle hunter who limits himself to 150yds, maybe 200yd hunting shots, this bullet could be an excellent choice.

They can be purchased from Fury: http://www.furycustombullets.com/webapp/p/208/muzzle-loader 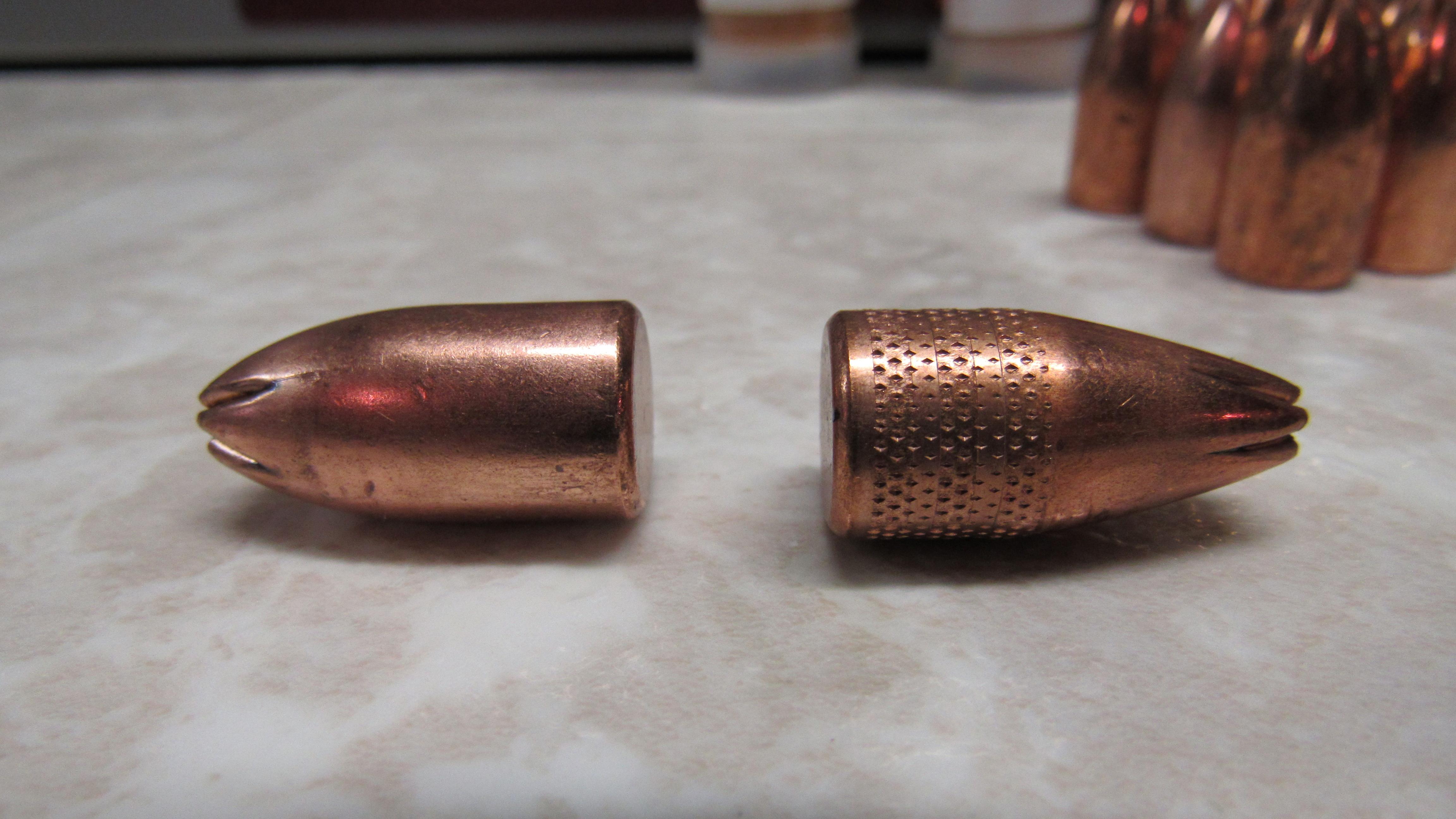 Recovered bullet from the berm, shot with 110grs volume of BH209. 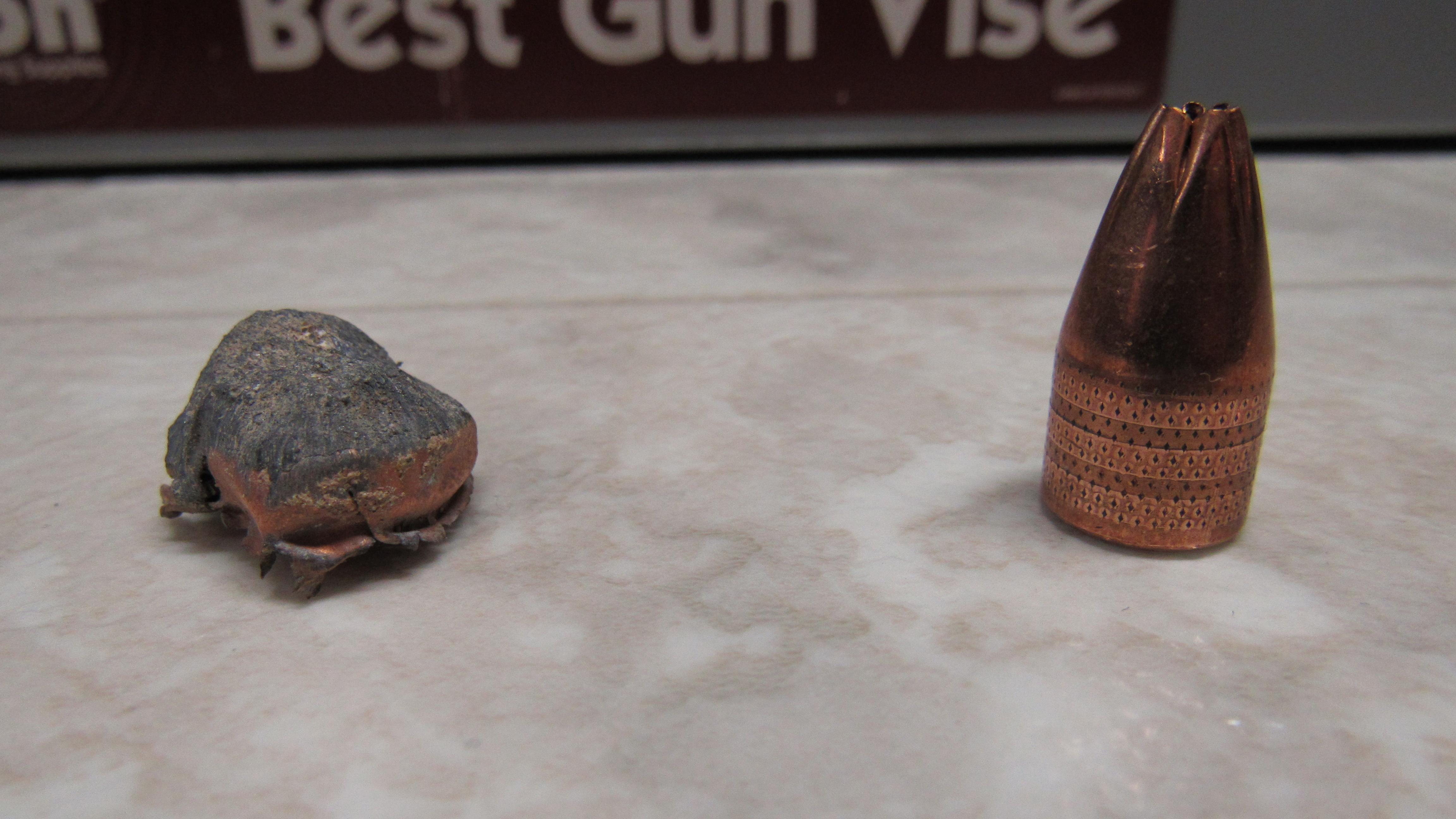 Envious of the West

I have been shooting these out of my RUM this year. They. Shoot. Incredible. Hands down the most accurate bullet I have found for my gun. They shoot well under moa out to 300 yards.

I didn't get to chance to test them like I would have liked prior to our hunting season. I found sizing and the charge made a significant difference.
I tested the 275's for Dennis earlier, but not at long range. At 100yds they shoot almost a single hole.

NOTE: CHARGES LISTED ON THE TARGETS ARE FOR CUSTOM UF OR RUM RIFLEL ONLY AND SHOULD NEVER BE USED IN PRODUCTION MUZZLELOADERS!

Notice the difference just 2 grains made at 200yds. 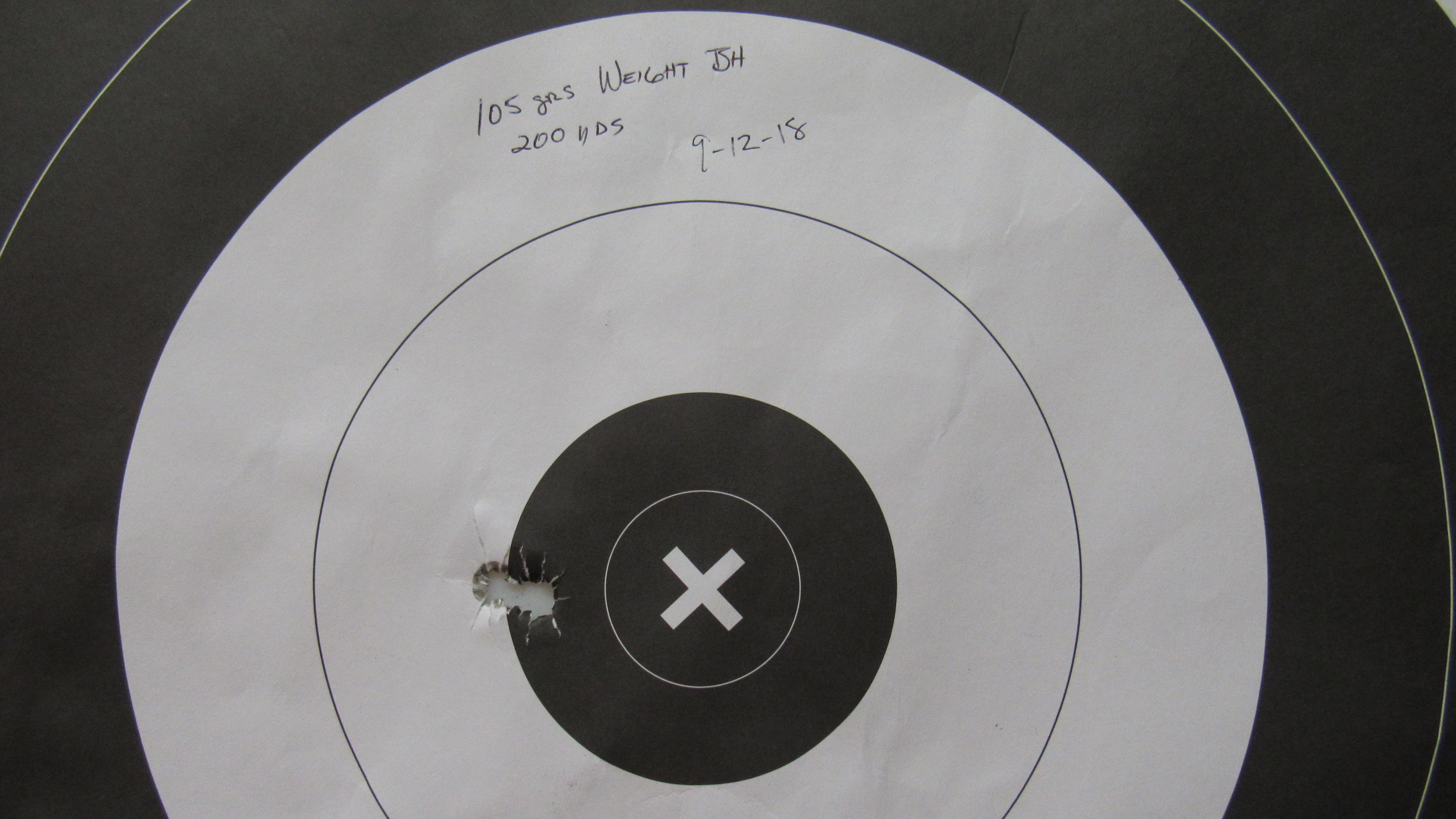 Notice the difference just 2grs of BH209 made. 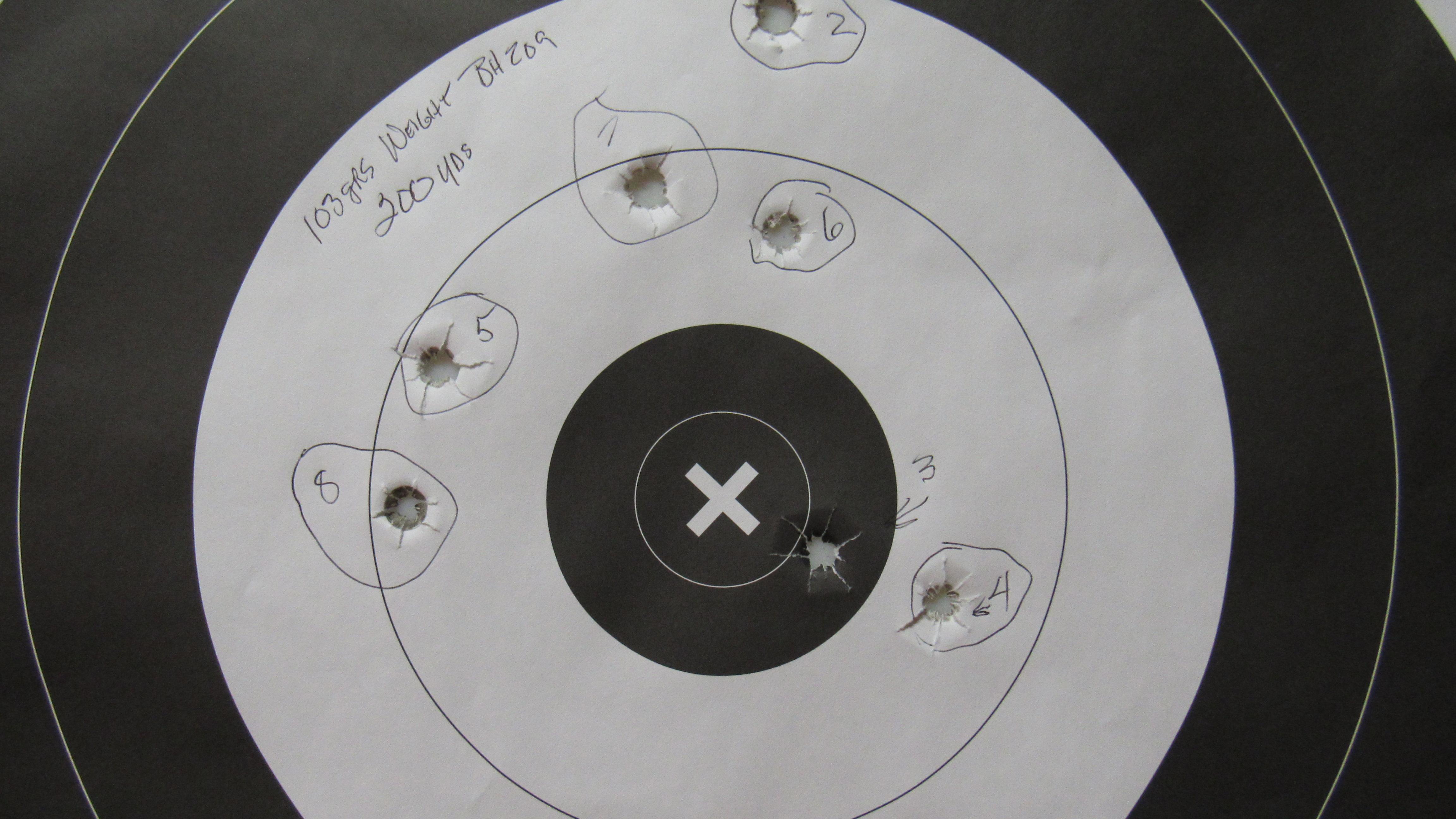 I had just enough time to get my settings for 300yds. I walked it right up the target as seen in the following photo. First shot was at the bottom of the target, then walked it up for the scope setting.
Velocity with 105grs BH209 was 2188fps. 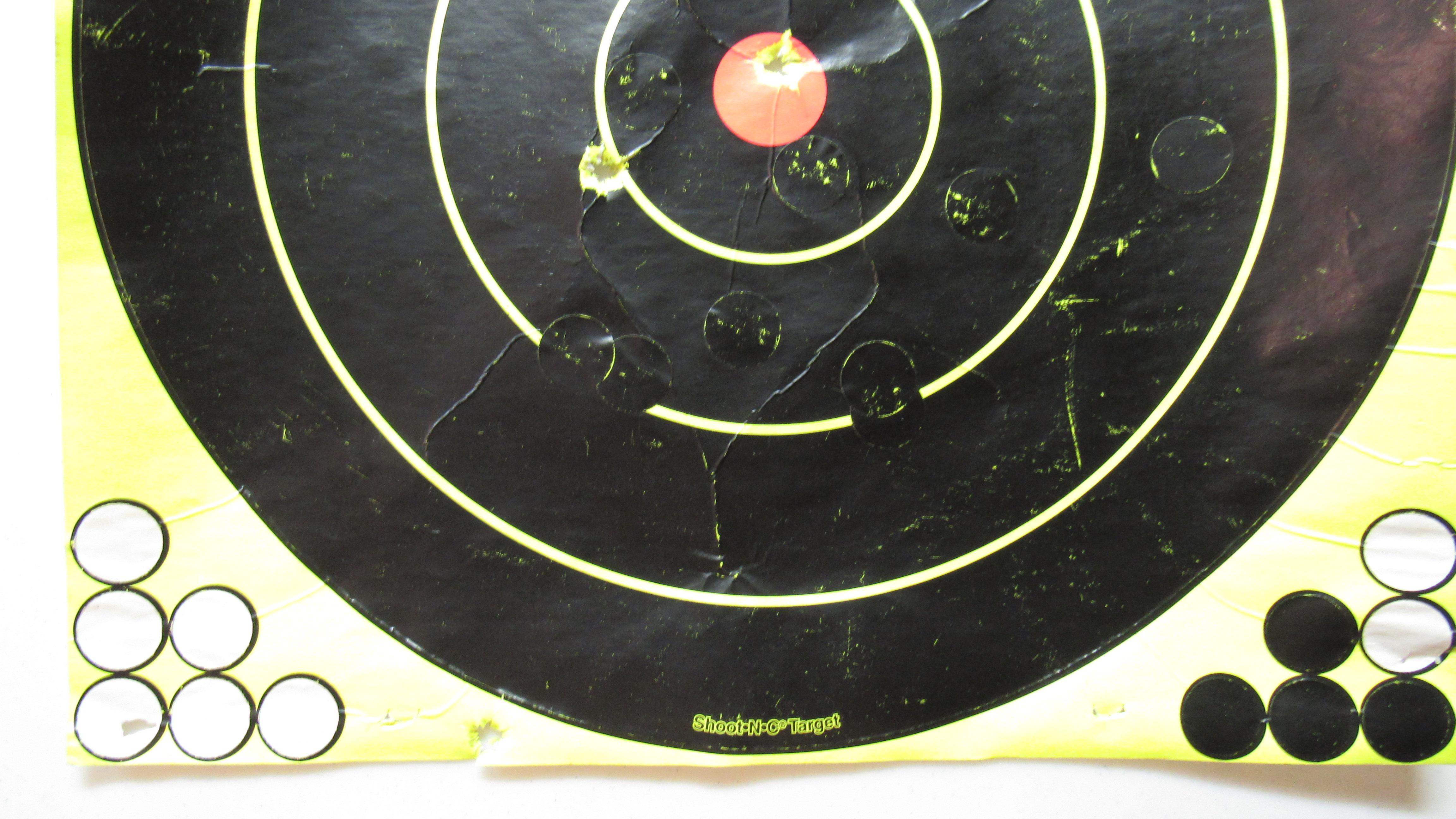 Testing of the 275gr Fury at 100yds..... This is also an excellent bullet from Fury, I just was never able to test it at ranges beyond 100yds. 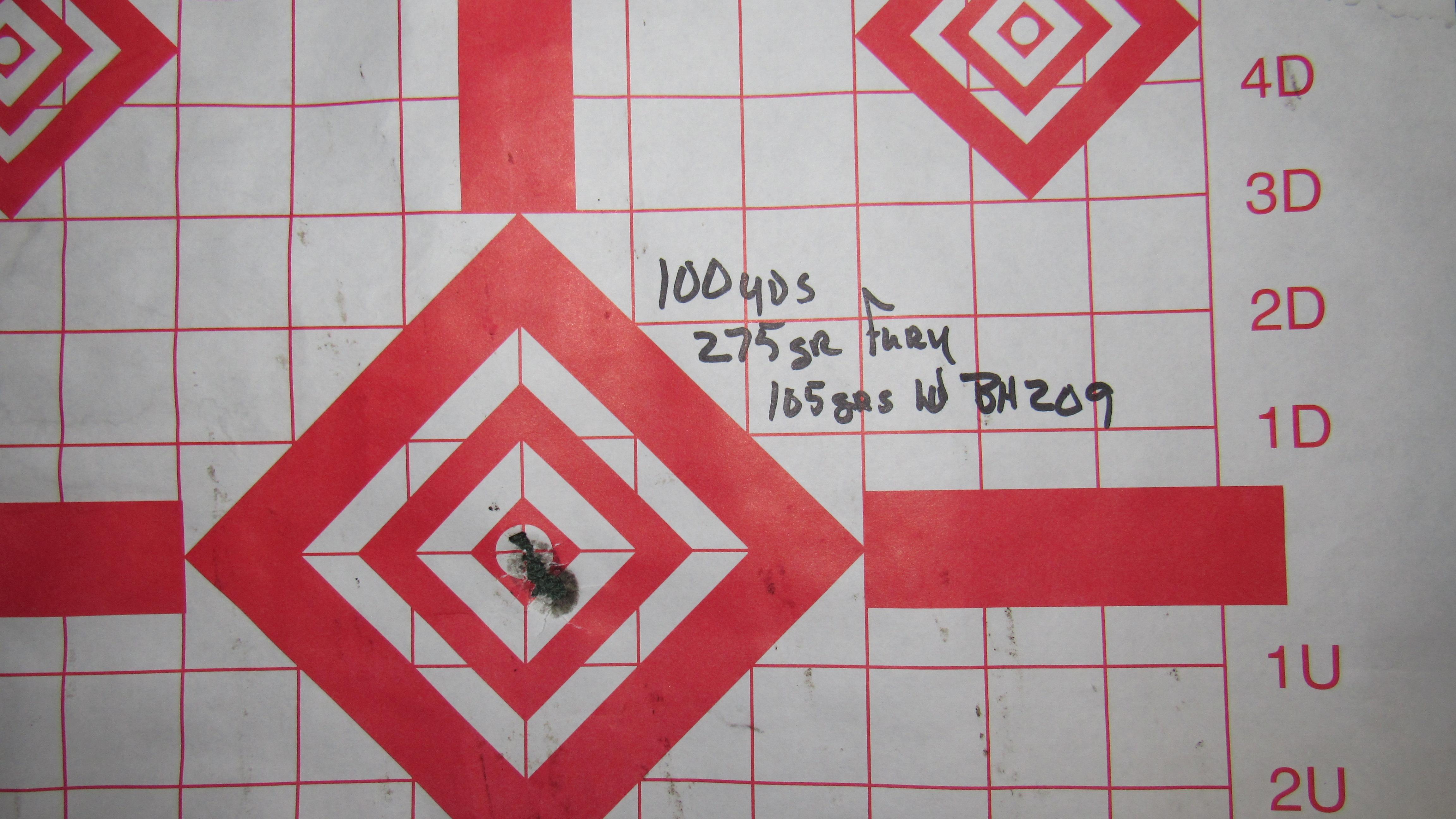 On the third day of our general firearm season, I was able to score a decent buck, especially for our area. My shot was through a stump/brush pile at 80yds shooting through a hole. Bullet impacted just in front of the left shoulder, smashing the spine and opposite shoulder. The bullet did not exit. Now I have to admit, after all the whitetail I've harvested, on this one I cut a finger really bad field dressing it. The processor stated that if he found the bullet, he would save it for me.
The bullet killed the deer before its legs even buckled under him. I wasn't sure I even hit him shooting through that stump pile hole. Walked down there and he laid with his feet buckled underneath him. The bullet performed! 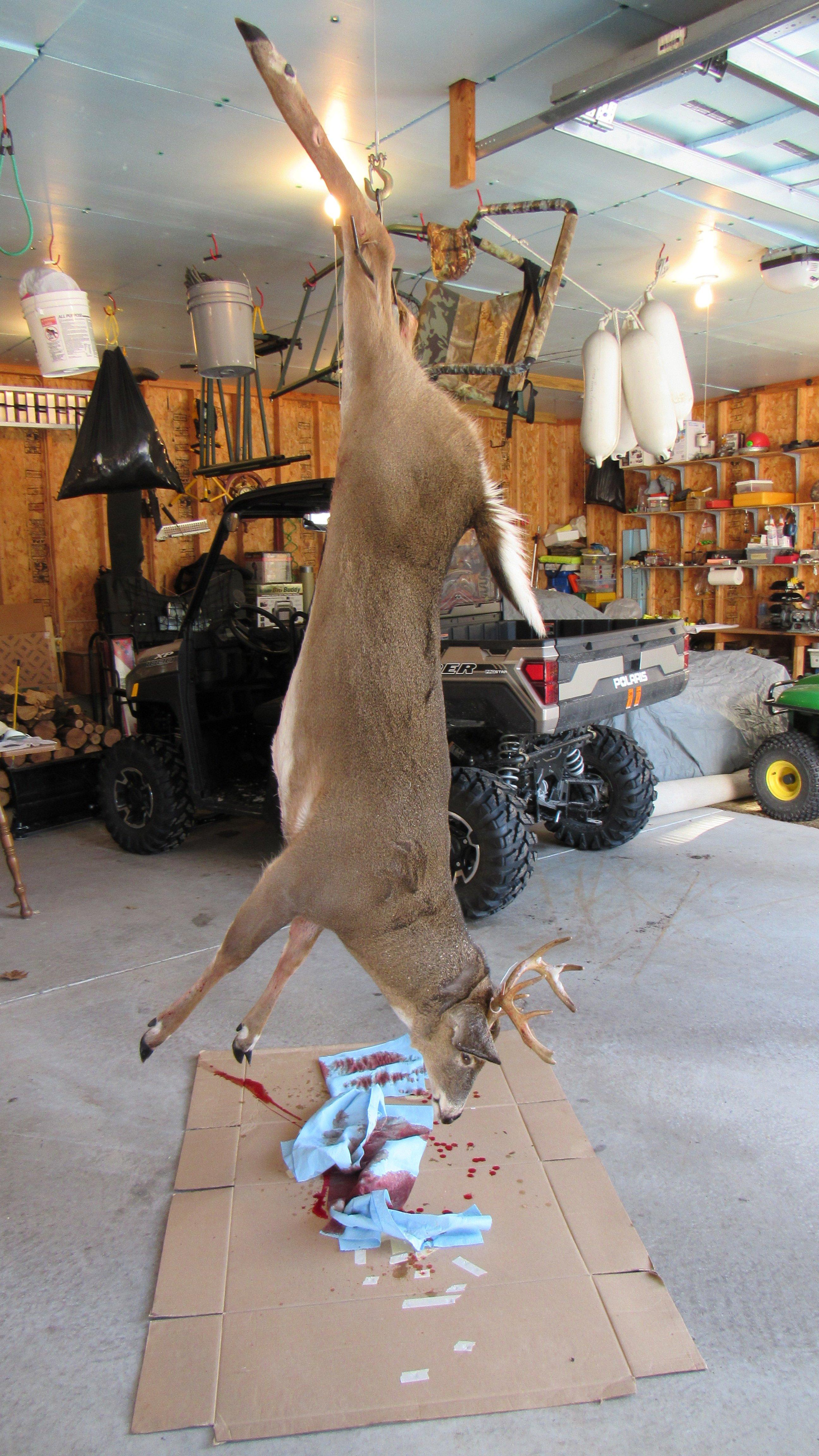