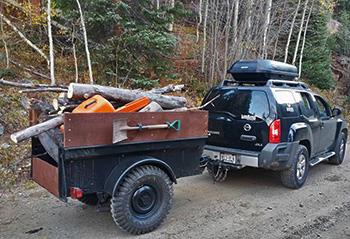 Last year I called a 5x5 bull into archery range for my friend and hunting partner Matt deep in a beautiful remote valley in central Colorado and Matt made an excellent heart shot as the bull was turning to leave. This year we were back in the same valley and our friend Scott was with us, but this time we were hunting during the first week of the rifle elk season.

Matt and his 2014 archery bull


Over our years of DIY elk hunting together we have come to find that we value remoteness and isolation over almost all other factors, including game sightings and shot opportunities. We just really love feeling like we have our little slice of Rocky Mountain heaven to ourselves and if we work hard enough to find the elk we will get at least one good opportunity.

During our archery hunt last year Matt and I saw only one other human during our ten day hunt and he was a hiker skylined miles away climbing one of the 14,000 peaks in the area. This year we did not see a single person on our entire trip. This solitude is one of the reasons we chose the first rifle season this year.

In Colorado, the second and third rifle seasons offer over-the-counter tags in many areas, including the one we were hunting. All first season hunts require a tag to be drawn. Because of the extra planning required to draw a tag and because the tags are limited, there are usually fewer hunters in a given area during first season.

We hunt in a designated “Wilderness” area where no motorized vehicles are allowed so we don't have to worry about seeing a bunch of ATV's running around. Most if not all Colorado Wilderness areas are very rugged and at very high elevation. Our hunting area starts at 10,000 feet and we hunt as high as 12,500. The climbs are steep and rough and the air is thin. Our annual DIY elk hunt is by far the most physically and mentally challenging thing I do each year. It is not for the faint of heart. The physical and mental challenge of hunting a Wilderness area discourages many hunters.

My altimeter watch showing this year's bull was killed at 11,620'


Our area has one very unique feature that is hard to find, even in Wilderness areas, which contributes to its solitude. Most every valley in the Rocky Mountains has at least one hiking trail that is officially maintained by the Forest Service or another agency, allowing relatively easy access by foot or horseback. The area we hunt does not. It has a rough, gnarly trail that splits off into dead-end game trails and dead-fall choked misery. Take a wrong turn and you may end up in a nasty boulder field or willow choked swamp.

There is no way to get a horse or mule into this valley as chainsaws are not allowed in Wilderness areas and trying to hand-saw the trail wide enough and clear the dead-fall for a horse would be nuts. I don't believe anyone hikes this valley for pleasure and only a handful of hearty hunters venture in during the season.

Unfortunately we have found that, along with low numbers of hunters, the elk numbers in this valley are also quite low and deer are practically nonexistent. On our archery hunt last year Matt and I hunted extremely hard for days without seeing or hearing an elk until we finally got a bugle response late in the hunt.

I was able to call a 5x5 satellite bull into range and Matt arrowed his first bull. Had we not killed that bull I don't think we would have been back this year, but the combination of beauty, solitude and our success last year caused us to want to give this valley another chance.

After committing to hunt this valley again, my planning then focused on how we would hunt it during rifle season rather than archery season and what gear we would need. We learned last year that the best way for us to hunt the valley was to set up a comfortable base camp near our vehicle at the end of a forest service road and bivy into the valley from there. During first rifle season in mid-October in the mountains the weather can be almost anything from hot and dry to blizzard conditions and everything in between. We needed to be prepared for anything.