Post up a picture of your rifle and build list/components. Interested in seeing rifle stocks. Planning on a 6.5 PRC build for 2021.
B

Ok, I'll play. Snake and Hot Dog. Snake is made from a Mossberg MVP Varmint. Hot Dog is made from a Savage 10FPSR.
Hot Dog's barrel lasted 2 years as a .243AI and now it has a new paint job and a new barrel. Snake is still a .223rem and running strong. Both rifles wear MDT LSS stocks. Fore-ends are pretty short but that's a feature for me. If I need a longer fore-end, I can use one of my BipodExt bipod extenders. 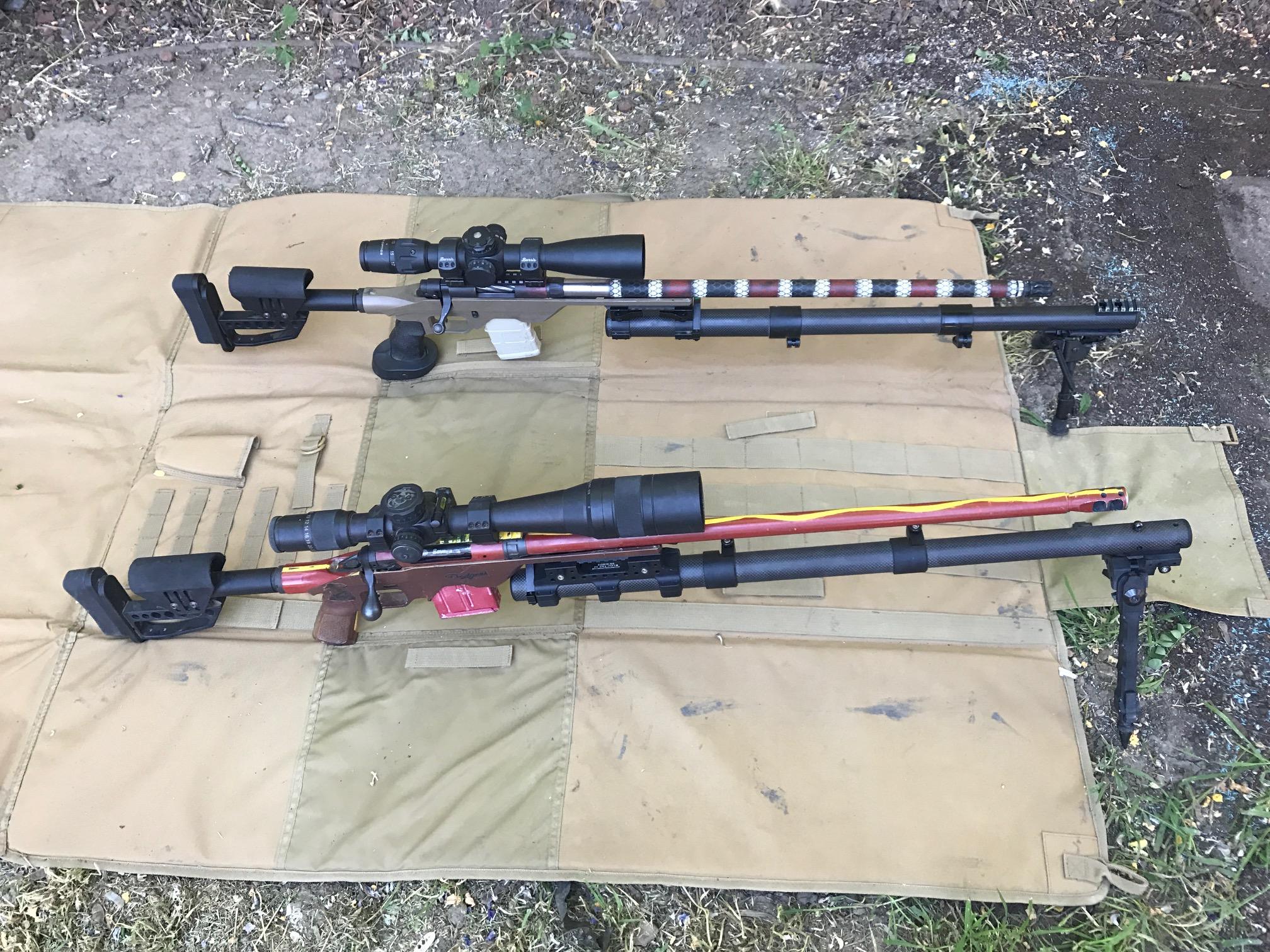 So with the re-barrel Hot Dog got new paint and became Deadpool (top). I also have Deathstroke (bottom) in the pile. Both are set up as 6XC's. Deadpool still has the same stock it had when it was Hot Dog, just now in different colors. Deathstroke wears a Postman Precision chassis which has a few unique features. Both get used for NRA Sporting Rifle and PRS. Deathstroke is made from a Howa 1500.

And of course we have good ol Mjölnir in a Choate Ultimate Varmint Stock. The stock is not in fact the ultimate anything though, to be brutally honest. Its weight was why it was selected. The rifle is a magnum meant for shooting prone. Mjölnir is made from a post-64 Winchester Model 70. It's used only when I'm planning to start beyond 1000yrds and move further out.

Then we have Bowling Ball (aka Homunculus) in 7mm BR built on what I'm told is a Nesika Bay stock (I got the rifle as second hand) and a Savage 110 left hand action. It serves metallic silhouette competition.