SOLD/EXPIRED Christmas sale, need to clean out the safe!!!

To all, have several rifles I am putting up for sale just simply because I have to MANY to play with.

Rifle 1. Here are the specs, 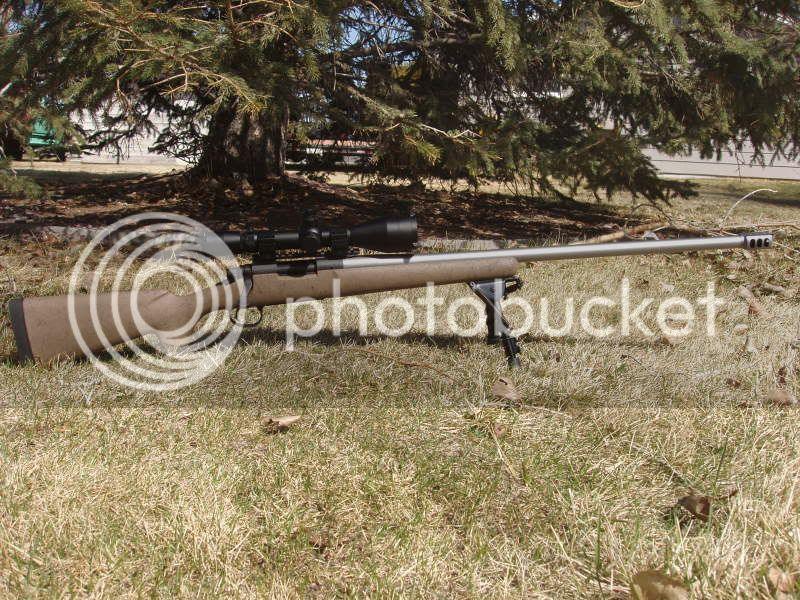 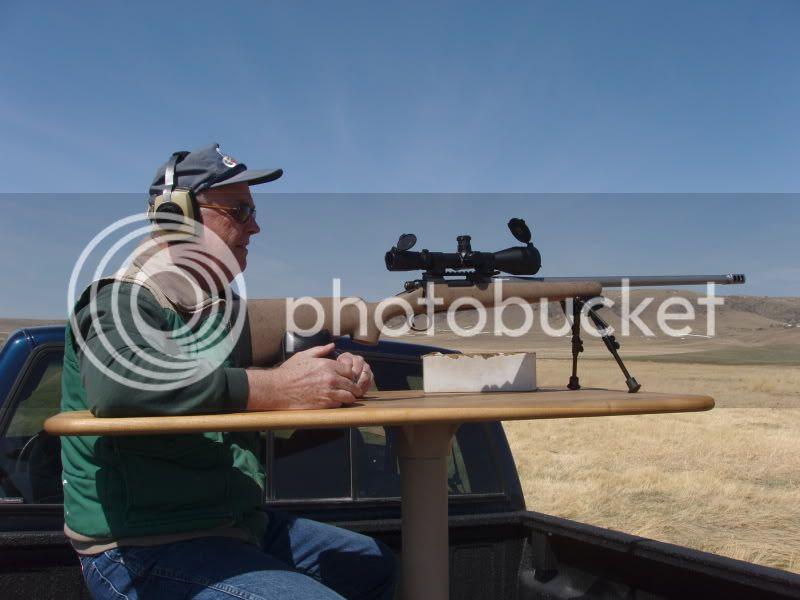 This is my Dad shooting the rifle this summer. There is literally NO recoil at all with this rifle driving the 142 gr SMK to just shy of 3100 fps. Accuracy is top notch, well under my required 1/2 moa long range accuracy potential for three shots. We were dialing in the rifle in this picture for a weekend of shooting with the boy scouts. There were 12 boys, 10 of them had never fired a rifle before of any kind, hard to believe in Montana I know.

Still, they each took three shots a piece at my 12" steel gong at 1000 yards. Of the twelve, 9 went three for three hitting the gong on their first three shots. The other three boys went two for three each. The rifle just flat shoots. I had built it originally for my wife for use or 1K varminting but she likes her 6.5mm AM better!!!

Anyway, this rifle new would be $2750+shipping. I am asking $2250 which would include hard case and shipping to your FFL.

If you want an EXTREMELY easy shooting rifle for a new shooter, or even yourself, this rifle is just more fun to shoot then I can explain. I would also be willing to convert the rifle to use an extended Wyatts mag box for an additional $125 if someone wanted a repeater. The way this rifle shoots however, I see no real reason to need more then what a single shot can offer.

Rifle 2. Here are the specs 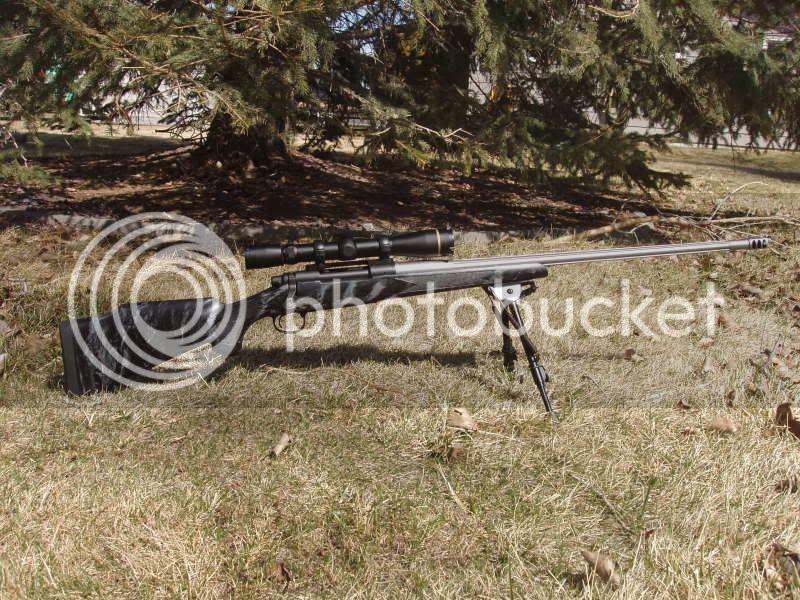 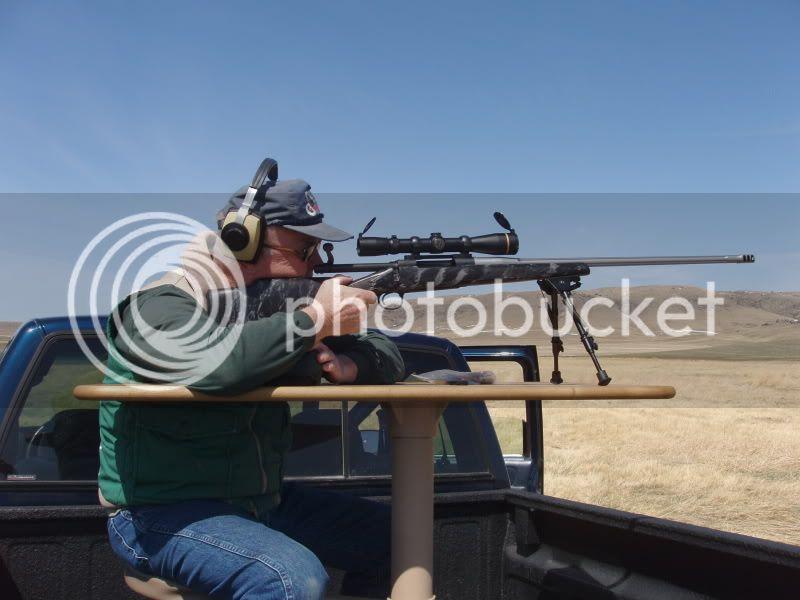 Many of you may recognize this rifle as its the one Dad used on his elk hunt this fall. Its a great rifle, very lightweight for its performance level coming in at around 7 1/4 lbs rifle weight.

The rifle is set up for the 169.5 gr ULD RBBT from wildcat bullets but as they are not available yet, it also work just fine with the 140 gr Accubonds or 150 gr Ballistic tips. I shot this rifle just this morning in a 35 mph quartering wind and it easily held under 1 moa at 550 yards. Most of the shots would have easily been under 3/4 moa.

This is not a new rifle even though in appearance it looks brand spanking new. It has had a fair number of rounds down the bore as Dad practiced with the rifle all summer to get ready for his elk hunt. We have documented 240 rounds down the barrel. This means that it still has alot of life left in this barrel but I can not sell it for near new price and would never try to sell something advertised for something its not.

I was a bit torn about selling this rifle and told Dad if he wanted the rifle he could have it because he used it on his hunt. He told me he had no more room for rifles in his safe either so I might as well let someone else have a great rifle. Its only taken one shot at big game and that was a 365", 6x6 bull elk.

The third rifle I do not have in my possesion yet. A customer contacted me about a rifle he had me build him this summer. He said he hd his hours at work cut back and needed some cash and this rifle was about the most valuable thing he could bare to let go. He said he has not even had time to do the barrel break in yet and when I had the rifle it easily shot into 1/2 moa at 800 yards. Here are the specs:

Again, I do not have the rifle in my hands but hope to by next week and will get some pictures out to those that are interested. This rifle will handle anything up to the 240 gr SMK and every thing smaller. I tested it with the 220 gr SMK and the 200 gr Accubond and accuracy was great. This is a heavy sporter rifle, around 9 lb rifle weight range.

He paid $3100 for the rifle, hard case and shipping. He said he would be willing to take $2750 for rifle, case and shipping. For those interested in this rifle send me an e-mail at the address in my signature and I will let you know when I have the rifle.

If your interested in any of these, let me know, as always, first come first serve.
W

I was hoping you had a cheap 7mm AM for sale...

The 270 AM is sold pending funds. I hope to get the 300 RUM in shop before Christmas next week. Will post pictures and final price my customer wants for the rifle then.

Thanks for the interest,
N

Got the 300 RUM in yesterday. This rifle is still brand new condition. The barrel break in was not even finished yet. I know this because I loaded up 25 rounds for the customer when he picked it up for the barrel break in and he brought them back with the rifle so the only rounds put through it were accuracy testing and thats it. I think I may have listed this rifle with a Jewell trigger, if so, that was a mistake, it has a Rifles Basix trigger, still a fine trigger, just not a jewell, wanted to make sure I made sure I was getting you the right information, also the barrel is roughly 28.5" in length. I think I listed it at 29" or 30".

Here are a couple pictures. I mounted one of my Leupold Mk4 4.5-14x 50mm on the rifle just because they look so much better with a scope mounted for pictures. You will notice that the rail base on the Lawton is very high compared to most. as such the scope appears to be very high mounted with its medium high NF rings and it is. This is an easy fix, just use low height rings and they work just great. 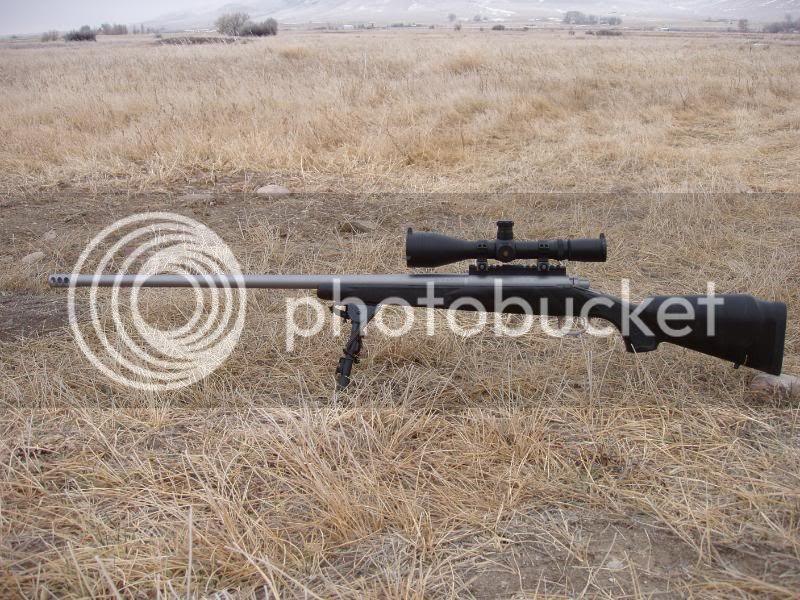 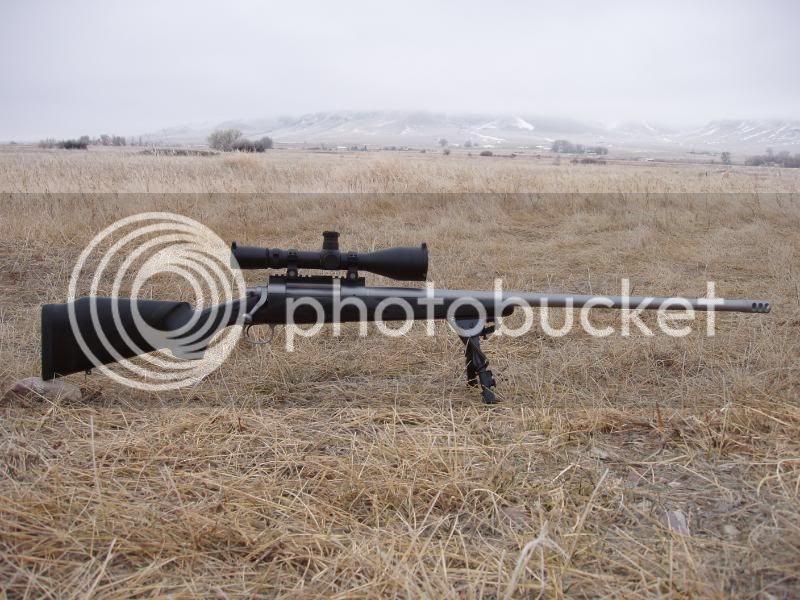 Again, first come first serve. This is a great rifle and for the asking price, if you wanted to get into a medium weight rifle that offered legit 1K reach, this would be very hard to beat. Again, its set up with a 1-8 twist Saturn 5S barrel so it will handle the big 240 gr SMK or aluminum tipped bullets but also works just as well with any SMK or Accubond bullet so your certainly not limited to using only the ultra heavy bullets.
W

nddodd said:
Pm sent on the 300ultra
Click to expand...

All rifles are sold pending funds.