Making A Case For The 308 Winchester 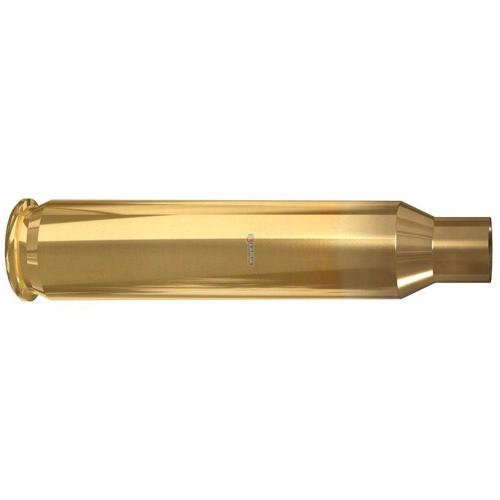 Making A Case For The 308 Winchester

Before you get a rope and hang me, please note that the purpose of this article is NOT to proclaim that the 308 is a superior cartridge to other popular cartridges. Rather it is to show that the 308, despite being an old has-been with nothing new and sexy, can and will hold her own when compared to other calibers, especially those built on or around the same case. I’d also like to show that it is still a very useful and effective round. It absolutely grinds me that so many shooters are of the mindset that sticking a smaller bullet will absolutely spank the 308 in every category. Too many articles have been written by ignorant gun writers about how the 260 Remington or 7-08 blows the 308 right out of the water and makes the 308 obsolete. Sadly, too many shooters have bought into this nonsense.

I am here to set the record straight about the 308. Those who know me know that I am passionate about the 308. There isn’t a force in heaven or on earth that could change my mind about it. Many have criticized me for using it even for long range hunting and for using it as my primary rifle for Alaska big game including the largest moose in the world. But I never give in. This is because this caliber is actually useful, even as a long range hunting round.

First, let’s talk about why I am drawn towards the 308. We first have to establish that to be successful from a long range standpoint, you have to be very proficient with your weapon. This comes from lots of field practice, development and experimentation, and testing to find the best loads and their true BC’s. All in all this could be several hundred to over 1000 rounds. For some calibers, this is not only costly but hard on the barrel. By the time you figure the rifle out, it is time for a new barrel.

The 308 barrel will last quite a long time, long enough for you to get to know your rifle intimately and have life left for hunting. It is accurate and easy to load for. There are not only a wide variety of powders to choose from, but many that will work well. There are also countless bullets to choose from. If you can’t get the one you really wanted to use to shoot well, there are numerous options.

It cracks me up to always hear the same thing regarding the 7-08: “The 7-08 with the 162 AMAX beats the hell out of the 308.” Here is the thing. The 162 AMAX is the only bullet (in my opinion) that can really make the 308 seem like an inferior round. This is well and good, but it is one bullet. What if your 7-08 doesn’t like it? Now what? Before we continue, let’s compare the two. I am comparing likely hunting ranges here. 1000 yard hunting with either caliber is marginal at best, so let’s look at 600 yards.

The 7-08 outshines the 308 a bit in most categories, but marginally. It is hardly “spanking” though.

Let’s up the ante a little bit since our test rifle didn’t like the 162 AMAX.

Again, all at 600 yards, and again, neither really proved the other inferior, albeit the 308 in this example clearly outshined the 7-08 in most categories.

Do we dare compare the 260 Remington? Again, neither one proves that the other is inferior, but all of these examples prove that the 308 is not the stick in the mud that so many shooter make it out to be. If a shooter really wants to blow the 308 out of the water, he or she really needs to look at a bigger case regardless of bullet diameter. You cannot blow a caliber out of the water by sticking a smaller bullet in the same case. You can in some cases improve some aspect of it but you cannot spank it. Why is that?

It is common knowledge that if 2 bullets are of equal weight, design and materials yet are of different calibers, the smaller one will have a higher BC than the bigger one. What is commonly overlooked is two key items. 1: the smaller bullet requires a tighter twist. This increases the pressure. At max pressure for max pressure, the velocity potential between the two is not the same. And 2: as the bore gets smaller, the burn area is reduced. This further reduces the velocity potential.

Of 2 barrels of equal length shooting the same weight bullet, the bigger bore will win in the velocity department. Throw in a slower twist for the bigger bore and you now have even more velocity potential for an equal bullet weight. So now what? We use a longer, heavier bullet with a better BC and bring the velocity down to the other caliber, which is using a lighter bullet. Throw in better barrel life and a bigger hole in the animal and less radial torque from a slower twist, and all of a sudden the 308 seems fairly practical.

When used with the right bullet it can even be a good moose rifle. My moose load is a 200 grain Sierra Game King loaded to 2500 FPS. With its high weight, low velocity expansion and excellent BC, there is not a moose that is safe within 750 yards. At that range the bullet still hits with over 1600 FPS, over 1000 foot-pounds of energy and has enough bullet length to make it through even the shoulder blade and reach both lungs. My fun load is the 208 AMAX, still at 2500 FPS. In standard air density, it delivers over 1000 foot-pounds of energy at 900 yards with enough impact velocity to open up on a deer or sheep. Is the 308 sexy? No. She sure is practical though.

Now before you get that rope, remember that I am not saying the 308 is better than the 7-08 or 260 Remington, etc. Each has good qualities, and some of those qualities in some situations can be better for a given circumstance. But none of these calibers are inferior or superior to the other.

I am not going into the details of the good qualities about the 260 or 7-08 as this is an article about the 308 and you guys reading this know what those good qualities are. I just want to remind the shooting community that there are good things to be had in the 308, as it seems like it has been forgotten for far too long.

As a side note: Most of the big game that I have taken throughout my life, including nearly all of my Alaskan game, has been with the 308. Many of my friends have used my 308’s to harvest some of their game as well. When shots present themselves at ranges farther than they have dialed their rifle in for, the 308 has been there for them.

A few noteworthy long range kills with the 308: