Hunting the High Lonesome of the Rocky Mountain West 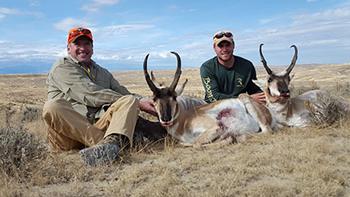 Hunting the High Lonesome of the Rocky Mountain West

It’s 2:00 AM and the horses are standing three-legged on their picket-lines. The fire’s been brought back to life for morning coffee and the wrangler has the horses saddled and ready to go to the top of Terrace Mountain in Elk Hunting Area 71 of the Wyoming Teton Wilderness Area. Sleep is over and now the ride to Terrace Mountain and a local elk herd begins.

Last night, your guide told you to expect one, maybe two, “wall-hangers” in the little herd of 40 to 50 bulls, cows, and calves that hang in the little valley visible only from above. He told you that the ride would be about 12 miles (it’s closer to 13.5!) and that, since Area 71 opens six days earlier on September 20th than the surrounding areas which all open on the 26th, the elk won’t be “gun-shy” yet. He picked you up at the airport two days ago in Jackson, let you rest and acclimate to the altitude, and yesterday made sure your guns were sighted in after the plane ride and baggage handlers got done with their job. After that there was nothing to do but relax in Turpin Meadows and catch some brookies and native ‘bows for supper.

I’ve had the privilege to take this trip as a solitary hunter with my horses and in groups of two to six counting myself and one other guide. This area, like all wilderness areas in Wyoming, is closed to all but foot and horse traffic—not even mountain bicycles are allowed. Another requirement is that all non-resident hunters have to be guided by a licensed guide and each guide can only guide two hunters simultaneously thus the maximum party size of six in my experiences mentioned above.

The above discussion concerns elk hunting in the best area of Wyoming in my opinion. Other big game species in the state include pronghorn antelope, mule deer, whitetail deer, moose, rocky mountain big horn sheep, and the mountain goat. Trophy game animals include the mountain lion and black bear, the difference being that it is illegal to waste any edible portion of a big game animal while the trophy species can be taken for purposes of taxidermy trophies and you do not have to save the meat. However, you’d be missing out on some good eating, again, in my opinion.

Private land is primarily concerned with pronghorn hunting as there are plenty of National Forests and other federal and Wyoming state lands to hunt for the other species. You must have WRITTEN permission from the landowner to hunt on private ground—verbal is not enough! Most land owners in the grassland counties such as Converse, Campbell, eastern Johnson, Niobrara, Natrona, Crook, and Weston charge a trespass fee which can be reasonable to exorbitant depending on previous years’ successes and trophies taken on their land. Unlike most of the other western states, Wyoming counties tend to encompass large areas; for instance, both Sweetwater and Fremont each have more land area than any one of four of our New England states! Game and Fish in Cheyenne has all of the land owners that allow hunting on their property and you can get it from them.

Decide on an area and go back one page to input that area on the “Select a Hunt Area” and enter that. Then click “Apply Now” to be directed to the final page that has the forms and FAQ’s already answered and all the contact information you need.

then proceed to the next section where you actually fill out your application.
https://wgfd.wyo.gov/Hunting/Hunt-Planner/Elk-Hunting#begin
If you have any questions, give me a call!


COLORADO
The following is taken from the Colorado web sites as listed immediately below. Having never hunted in Colorado, I thought it best to simply list the steps you will need to go through to get a license to hunt in that state. One major difference between Wyoming and Colorado is that proof of Hunter Safety Education must be provided by anyone born after January 1, 1966 in Wyoming and January 1, 1949 in Colorado.

Another caveat: When researching the data for this article, Colorado hadn’t posted their 2016 dates yet so I listed what they had for 2015. The dates will be similar but be sure to check their websites for current data.