How To Dope The Wind Beyond Belief-DVD Review 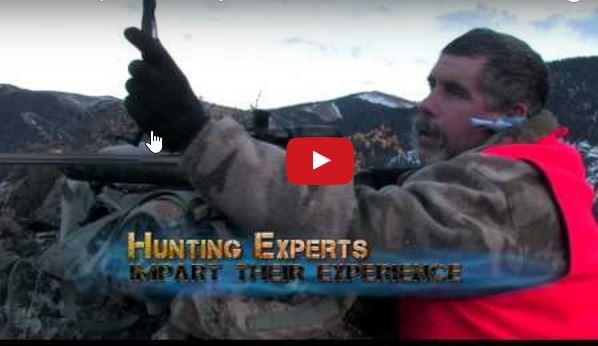 How to Dope the Wind Beyond Belief-DVD Review

Dealing with the wind when shooting at distance is the “Achilles heel” for most long range shooters and hunters. In many shooting competitions there are wind flags at various distances to give shooters a better idea of the correction needed to hit the target. But when hunting, we do not have these benefits unless we are hunting a known area and have placed wind indicators at key places ahead of time, or if we have other indicators that make reading the wind easier.

I do not consider myself an expert on reading the wind, so I was eager to watch Best of the West’s How To Dope The Wind Beyond Belief DVD to see what new information I could glean from it. I have asked three other shooters of different levels to also review the video. I did not share any of my opinions of the DVD with the reviewers. I simply asked them to watch it and then give me their thoughts.

When it comes to field shooting from field positions for first shot connections at distance, I would put these three shooters at different levels. The first shooter is completely new to the game. The second one has done more distance shooting from the bench than from field positions. I have seen him shoot at the bench out to 1000 yards and he does quite well. He is a hunter who is well read on a multitude of subjects, bluntly honest in all aspects of life, and intends to be doing more field shooting. The third shooter regularly shoots to 1200 yards, on steel primarily, and is more of a shooter than a hunter. I have watched all three of these reviewers shoot, and they have seen me shoot as well. For perspective, the 2nd and 3rd shooters are closer to each other in ability than the shooter who is just getting started. I am going to start with the thoughts of the beginner and work my way up. You will see three different views, with parts that connect all three shooters together, and then I will give my own thoughts on the video.

Review by Shooter #1
I really liked this video. It was very informative. The history part was okay, but I was more interested in learning how to shoot better in the wind. When it comes to the definitions, I love the way each one would give his own definition. It made it easier to understand with the multiple viewpoints. The part that dealt with mirage was especially interesting to me. I had no idea you could gauge wind values by mirage. The video taught me that the spotter/shooter relationship is more involved than I had thought at first. I guess I have a lot more to learn. The last part of the video that dealt with the Huskemaw scope was educational. I like the idea of using a ballistic turret for long range shooting and hunting. All in all it was an excellent video. I will probably be buying it very soon!

The The Best Of The West, How To Dope The Wind" DVD is available in the LRH Gear Shop​
Review by Shooter #2
The cinematography in this video is very well done. The quality of both picture and sound is good. The DVD doesn’t suffer from any of the usual amateurish filming/production mistakes common to outdoor videos. I thought the history and background concerning firearm accuracy was basic but informative for a novice shooter.

Although I thought the DVD had several good points to make, I became frustrated when they refused to make them. For instance the entire wisdom given on uphill or downhill shooting amounted to “hold low”. Too bad they had no practical guide on determining how to do this.

Another great discussion in How to Dope the Wind Beyond Belief was on the effects of cant and bullet impact on target. Although both of these topics are useful in understanding good marksmanship, neither one is overly helpful in judging the effect of wind on bullet trajectory.

One of the men interviewed on the DVD referred to himself as a “number cruncher”. The DVD did actually provide one mathematical formula relating to wind drift. They didn’t provide any tutoring on how to use the formula or methods of application. There was a demonstration of the effect of wind at different elevations above the ground, but no information on how to read the wind flags. The DVD also touched on the effects of terrain and wind direction, elevation, and other factors that can impact bullet flight. Sadly, they failed to teach the practical information for judging what the effect of those factors will be in the field. I guess I was expecting more information from a product billed as “How to Dope the Wind Beyond Belief.”

The section on reading mirage was helpful, but it would have been better if it would have included helpful hints and some real life shooting examples as well as data from wind meters to verify what the shooter was seeing. The segments of the video dedicated to the NRA museum and the portions I’ll refer to collectively as “how I use my favorite toy” would have been more useful had they focused on actual hints of how to tell what the wind is doing across the course and how to make adjustment for it.

I see this DVD having more usefulness for the beginner to intermediate long range shooter than for those who have been at it for a longer period of time.

Review by Shooter #3
The part I liked the most was dealing with mirage. The graphics were excellent, and made it that much easier to understand. The parts in dealing with the wind were excellent, but I wish they had given me more in depth information to actually use in the field. The spin drift section was both informative and practical.

The two parts I could have done without were the history lesson and the infomercial part on the Huskemaw scope.

A funny thing I (Ernie) want to add to Shooter #3’s review was the fact that one of experts in the video who irritated him at first was the one he ended up enjoying the most by the time the video was over. I am not giving out the name, though.

Ernie Bishop’s Review
Best of the West’s How To Dope The Wind Beyond Belief DVD is well thought out and professionally done. It is wise that Best of the West pulled from a diverse group of respected long range shooters of different disciplines. Too often, a DVD of this nature will only feature one personality or several from the same company.

Best of the West often goes outside the box in this production, and I appreciate that. Watching experts illustrate various principles through actual shooting footage and excellent animation makes the teaching sink in better.

One aspect of the video that stands out for me immediately is the wisdom of having a number of people explain the same term or principle. My vocation involves teaching. Time and time again I have witnessed several people trying to communicate the same concept and fail, only to have another person explain it in their own words, allowing the concept to finally “connect” for the learner.

How To Dope The Wind Beyond Belief is full of valuable information, and the graphics used throughout the video are excellent in illustrating the information being shared. I personally enjoyed most the way mirage and spin drift are illustrated. I also enjoyed the part involving multiple wind directions and speeds, and how both can vary the further you get from the ground.

I want to give kudos to John Porter of Best of the West. I have never met John, but I appreciate many of the things he said in the video. In one part, he mentions that it took him an over an hour to be content that he fully understood the conditions across a certain ridge when he was hunting bear. How do you spell patience?

Throughout the video, John Porter and others teach the principle that wind is more than just a right or left correction. One particularly interesting section of the video illustrates small particles of weed seeds all moving in different directions in the wind. One of John’s comments is excellent as it pertains to long range hunting: “How do you manage that? I think you oughta get closer.” His words, “I think you oughta get closer,” are something that all long range hunters need to hear from more seasoned long range hunters when the conditions are not favorable.

The DVD is broken down into history, definitions, windage, military, competition, and hunting. Although professionally done and informative in every way, I didn’t care as much for the history section of the DVD. I felt anticipation after a time wondering when this section was going to be over so we could get to the shooting.

I was not bothered that Best Of The West took the opportunity to highlight the Huskemaw scope and how it is used, or the other products that they sell. I would have been surprised if they had not. We must be honest enough with each other to realize that although Best of the West is offering a service in wind doping information, they want those who purchase this video to be aware of the other products they sell and that these products are effective at the tasks being discussed.

One thing I would have liked to see in the video would be a series of variables (hills, draws, trees, varying wind directions and speeds) shown through live action footage, and then through animation. The experts could talk about how they would make the correction in these varying conditions, walking the viewer step-by-step through how to come to the specific drop and drift solution. It would be nice to see the same thing for inclination shots as well, giving the viewer the specific tools used to make decisions. I think this is what the intermediate and even the advanced long range hunter and shooter is looking for. Maybe I just described How To Dope The Wind Beyond Belief-Part 2!

I feel that How to Dope the Wind Beyond Belief is a great resource for those getting into long range shooting and hunting, and for those who have been at it awhile. I wish I would have had access to this DVD when I first started shooting distance.


Ernie Bishop resides in Gillette, Wyoming, where he serves as a preacher. He enjoys long range hunting for varmints and big game with handguns. Ernie also uses his specialty handguns in tactical style matches and in 1,000 yard competitions once or twice a year.