Google Earth And GPS Based BLM Maps For Hunt Planning 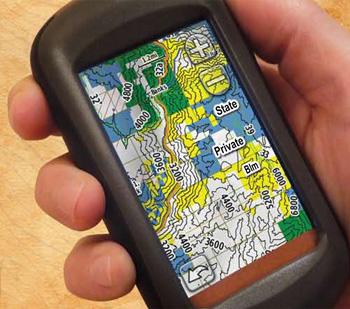 Google Earth And GPS Based BLM Maps For Hunt Planning

During the 2009 Wyoming deer season I came across a hunter on public land north of Gillette as both of us were taking a break in the late morning. I remarked on how it was tough to know just where some of the jogging public land boundaries were on the piece that he and I were hunting. He said it wasn’t too bad since he had started using a BLM type GPS map that was installed on his unit. As soon as he showed it to me I knew I had to have one of these maps.

Armed with my new GPS based BLM map during a late season doe hunt the very next month in northeast Wyoming, I had a hunter challenge me while I was clearly on state hunting land. He thought I was on his buddy's private land that he had been hunting for 6 years. I pulled out my paper BLM map and showed him how my GPS based BLM map matched my paper BLM map. Pointing at a fence line about 100 yards away I said "would you agree that my GPS shows us standing about that same 100 yards away from the public/private border?”. He relaxed his stern look and agreed. Had it not been for my GPS based BLM map I’m sure a pretty ugly debate would have ensued.

Now I never look over my shoulder, wondering if I am about to be challenged by an irate landowner for inadvertently trespassing on private land. But beyond that advantage, the GPS based BLM maps with landowner status on them also provide a big advantage in hunt planning when combined with the use of Google Earth.

Google Earth is free downloadable software that provides an aerial view along with elevation data. You can manipulate it to display 3D topographic views and then rotate the view. You can also adjust the perspective of the view from total bird’s eye view to one where you are looking at the 3D view from a lower angle – into the hillside or down a draw. If the draw runs diagonally across the screen, by rotating the view you can be looking right down the draw – in 3D.

There is a measuring tool that I use often in planning to determine the distance across and down the draws. A favorite setup for me on a first-light morning hunt would be at the top of a hill or mountain looking down and across a draw. With Google Earth, it is easy to see how long shots would be. If the distance on Google Earth is a mile or more with no cover available for a stalk, maybe that draw isn’t a spot I want to hike to at first light.

If I am hunting a piece of public land for the first time, I am sometimes able to plan a route directly to my initial setup spot in the pre-dawn dark. In this instance I create a waypoint and maybe even an entire track or route to my initial setup spot on the computer based map and then transfer it to my GPS. Out in the field I can navigate easily. Once at my spot I can go off in any direction I want – but after the critical first light opportunity is past.

Just 6 weeks ago, and several months after the deer hunting season was over I headed back out west for some coyote hunting. On the way to my coyote hunting destination I stopped in a part of the state where I plan to hunt deer in 2010. It is state and private. The private portion is enrolled in Block Management, a state sponsored hunter access program. Wyoming also has such a program but only for Montana do I have a GPS based BLM map that also lists owner names. This is so useful where you are hunting private land. If you wander off the privately owned Block Management land, you could get the same stiff trespassing fine as if you wandered off public land. And you get the same uncomfortable, looking-over-your-shoulder feeling whenever you aren’t quite positive you know just where the boundaries are.

Before I left home I had done extensive planning on my computer using the downloadable version of the GPS based BLM map for Montana. While the memory card version of these maps only works on a GPS unit, the downloadable version does that plus operates on your computer. I had hunted a small part of one of 2 adjoining pieces of land several years ago. On this most recent trip I first walked the perimeter of that piece. I created “waypoints” in about 5 spots giving them descriptive names like “high knob over field”. That waypoint is typical of a “first light” spot that I may set up on. Actually, I think I could have picked that spot out on my computer and navigated to it in the dark without even having ever set foot on the property before.

I spent about 5 hours walking that land. A GPS can create a “track”, showing where you have traveled. I enabled this feature before I started walking the land and back home I transferred that track to my computer based topo map. Once there, I can use the Garmin Mapsource “view” menu to pull up Google Earth to display this spot. In this case Google Earth will display the “track” I had created while walking the land. Then on the computer map I drew a line around the piece of land and those boundaries now show up on Google Earth.

On the other parcel of land, I did much the same thing in the field. Then back home on the computer, I transferred the GPS unit’s tracks and waypoints (captured in the field) into my Montana Landowner Names map for more study. There I was easily able to overlay those same tracks and waypoints onto Google Earth and its 3D topo/aerial views. Next fall I know I’ll be able to walk in early on the darkest morning imaginable – right to my opening day starting point.

Oh, another timely example! Just yesterday I was thinking that maybe I should get a leftover Wyoming whitetail only tag. They are available in only a few hunting units. In the arid west, whitetail exist in mainly brushy river bottoms . The best areas include agricultural crop lands. So I picked a likely hunt unit where tags will be available and in my Wyoming map I created a track around its perimeter. Then I used the “view” command to pull up Google Earth to display that unit with the hunt unit boundaries clearly outlined. I quickly panned, zoomed, rotated and 3D’d to find likely whitetail habitat. Most whitetail habitat in many of these areas is found on the type of private land that was deeded to ranchers for grazing by the US government in the 1800’s when ranching was the main economic use of the western lands. Once found I checked those areas for adjacent public land that also included county road access – if the public land was landlocked by private land. Using the GPS based BLM map I could zoom in and see in great detail whether the fringes of some of the crop land, easily discerned on Google Earth, was accessible.

GPS based BLM maps can be purchased in the LRH Gear Shop. A Landowner Names version is also available for Montana only.

Len Backus is the owner of www.LongRangeHunting.com. He has been a long range hunter for over 10 years and is as likely to bag his game with a camera as with a rifle or a specialty handgun.
Reactions: Brian Ranson