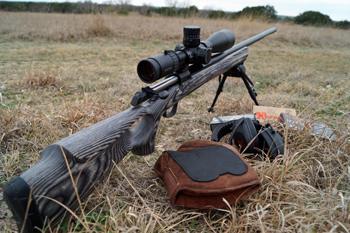 Every year it is interesting to see what the rifle manufacturers come up with to pique the interest of the long range shooters. The Eclipse Target Rifle chambered in .308 or 6.5 Creedmoor proved to be a viable entry into long range arena. It might be a little bulky and heavy for the hunting crowd, but for those who shoot paper or steel it may be just fit the bill. F class shooters will love this rifle as you can buy it one day, scope it, go to the store for some Amax’s and you are ready to compete.

In the 1960’s Browning and Weatherby were the top of the line American made rifles. With their beautiful wood and high gloss blue, they were indeed beautiful. Fast forward to 2016 and it seems all rifle manufacturers have changed gears. Purpose built, functional, affordable and most importantly accurate rifles are what is in demand.

Browning seems to be putting their efforts into the Xbolt model. This year the Xbolt has three models designated as “long range” rifles. They changed their trigger to what they call the “Feather” trigger. It is adjustable but the one on this rifle broke at a little over 3 pounds right out of the box with little or no creep. I found it very usable, and I am particular about triggers.

The Eclipse model can be easily identified by the grey laminated thumbhole stock, which comes standard. I have never been a big fan of a thumbhole stock but after shooting the Eclipse I found it to be comfortable, plus it readily absorbed the recoil. Weighing in at ten pounds three ounces it is not light, but is heavy enough to allow the shooter to shoot comfortably all day at the range.

The barrel is a varmint contour and twenty-eight inches long. This made the rifle a little barrel heavy but did give the ammunition a few more feet per second in velocity. The length of pull was the standard thirteen and three fourths inches. If you took the rifle down you would find the action and recoil lug are hand bedded. The barrel is free floating.

I did notice that there were some initials in chalk in the barrel channel. Browning did not know exactly why they were there but I can only assume the technician who bedded the action was proud to sign it, and he or she should have been. It took a lot of convincing to get the barreled action out of the stock.

The action was the standard Xbolt, which has been around for several years. The bolt has a release button that allows the shooter to open the bolt when the safety is in the “on” position. The 60 degree bolt lift takes away the knuckle busting that happens with the 90 degree bolts when you use the large scopes commonly used for long range shooting. The drop box magazine is easy to get to but not subject to accidently dropping. The rotary design makes loading easy and sure. The function of the action was smooth and did not have any hiccups while testing.