As a Matter of Fact, You Should Start Reloading 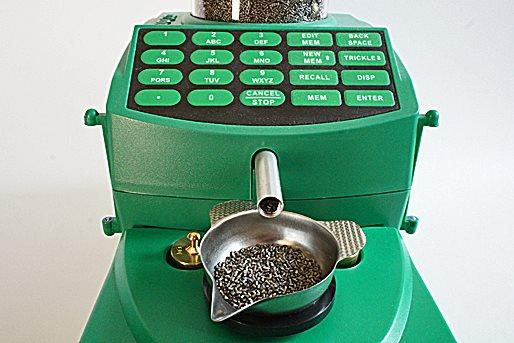 As a Matter of Fact, You Should Start Reloading
By Jose Gardner

The gun that started it all.

Now a year and a little over 2000 rounds later, I think reloading is the best thing I have done for my shooting game. Have I invested a lot of time at the reloading bench? Yes. Have I spent more money since my first purchase? Absolutely. Have I saved money on ammo? Some. The enjoyment and pride I take in my loads and the absolute confidence I have that when I squeeze the trigger the round goes where I want is something that I will never be able to put a price on.

So first let’s talk about why I chose to start reloading. My precision game started on a budget like most others: a Remington SPS AAC-SD in the tried and true .308 topped with a Vortex Viper PST. I found some match ammo that shot .5-.6 MOA at 200 yards, and I even got lucky enough to walk it onto a 36” plate at a mile. In my incredibly inexperienced mind, I had struck gold. However, every so often I would have a day where I couldn’t hit a target to save my life.

It’s probably worth mentioning that my extreme spread for muzzle velocity across ten rounds was over 50fps. I had no idea at the time how big of a deal that was, but I will go into the significance shortly. After shooting 5 or 6 local PRS matches having some days where I felt like a king and others where I was ready to give up shooting altogether, I decided maybe my gear just wasn’t up to snuff.

With a new custom build on the way and a little more experience under my belt, I decided reloading would be necessary to get maximum potential out of the new rig. After all, no one builds the biggest, baddest off-road truck possible and leaves street tires on it. In my mind, whether you’re shooting an off the shelf budget rig or a high dollar, custom tack driver, being able to fine tune your ammo to your rifle allows you to squeeze every bit of performance, and thus value, out of the rifle possible.

Now I by no means claim to be the bottom line expert on reloading. However, being a scientist at my day job I believe gives me a rather analytical and interesting perspective on the process. It also instills in me a care for detail that we won’t tell my wife, or else she’ll expect me to start cleaning to the same level. Considering there are numerous how-to articles on every step of reloading, I will not insult your intelligence or bore you with detail. The rest of the article I will offer up why I reload, how I choose components and equipment, and any tips I may have for the process along the way.

WHY RELOAD?
If you take one key point from this article it is this: Reloading should be used to maximize precision. Precision is my ultimate goal at the reloading bench. If I may go off on a tangent for a second, precision and accuracy are two words that tend to be used interchangeably when they really shouldn’t. The graphic below explains the difference better than words ever could.

If I can increase my precision to max potential, then accuracy can be achieved by a simple adjustment that puts me in the bullseye. But without precision, high accuracy will still put very few rounds in the black. Thus, a great load or a high end rifle will never increase accuracy, but simply increase your POTENTIAL for accuracy. The rest comes down to your fundamentals.

Now back on subject, how do we measure the “precision” of our load? The two measurements most used are standard deviation (SD) and extreme spread (ES) of muzzle velocity. Of the two, SD tends to be more emphasized which makes sense as ES goes into the formula for SD. However, a high ES has the potential to result in a lower SD when spread over a larger string of fire. For example: an ES of 40 over three shots will give a much higher SD than an ES of 40 across ten shots. I prefer 5-10 shots for reliable speed data.

A common view among reloaders is that SD should be in the single digits. This is a simple concept to grasp. However, I’ll use a personal example as to why both should be considered. My current load for my .308 hunting rifle is shooting 168 grain ELD-m’s 2810 FPS at the muzzle with an SD of just under 8 and an ES of 32. This is something that I’m pretty happy with. However, let’s consider the difference a 32 fps spread can make between two shots. The difference in 32 fps for my load at 400 yards means a Point of Impact (POI) difference of 0.2”. At 1000 yards, that becomes a 7” difference in POI.

For the average big game hunter making reasonable shots, the difference is negligible. For the PRS shooter or target shooter playing around at 1000+ yards, the difference is huge. With my new 6.5CM load, I am getting an SD of 4 and ES of 12. I am much more confident in impacts at extended ranges. Let me say again, “precision” is my ultimate goal at the reloading bench.

Now, I would be lying if I didn’t admit that I also hoped to save some money reloading. After all, with the high round count I shoot in a year, any little bit helps. My personal view is that it is hard to factor equipment into cost per round, and thus I consider equipment an investment and calculate total component cost (primers, brass, powder, projectile) as cost per round. Once again using my .308 as an example, I calculate my cost per round at approximately $0.58. Given that quality match and hunting ammo is anywhere from $1.50 - $3.00 a round, I will use $1.60 as the price for comparison. I am saving at least $1.00 per round.

Some would say the time taken to reload is worth something, but I see that time as an investment into my shooting game. Frankly, late at night when I reload is time I would be sleeping or watching TV otherwise. Sleep is for the weak. Now, if you take into account that I am under $1000 into my reloading equipment across all calibers, the approximately 1400 rounds of .308 I’ve loaded in just the last year alone means I have more than broken even.

Now, a lot of you are likely to be strictly hunters and may not shoot more than 250 rounds a year, if that. You may not break even monetarily, but you will likely be able to avoid larger investments like a case prep center or auto powder thrower. More importantly though, if your main passion is hunting, a lot of time, effort, and miles on the boot treads can be spoiled by sub-par ammo. The piece of mind of a load customized to my rig is worth every dime spent!

COMPONENTS AND EQUIPMENT
Moving to the reloading process, let’s first talk component selection. To be honest, I really haven’t tried many different combinations of components per caliber because my first choice has usually worked out after some testing. While there are certain combinations that are “go-to” per caliber, frankly there are numerous combinations that work and thus a few considerations must be made.

In my mind, I go for availability of said component, temperature stability of powder, and price. For instance, a “go-to” powder for 6.5 CM is H4350, but availability is incredibly hit or miss. Federal primers can be extremely popular but have similar issues. Choosing components more readily available such as RL16 or CCI 200’s may ease some stress. Or you can choose the popular alternative of buying up every bit you can find at a given time to make sure you never run out. I try to avoid spending so much at once, personally, but it is an effective method.

Powder choice is fairly simple in my mind, where temperature stability and availability are the two main factors. Temperature stability is the concept that a muzzle velocity change will not occur in highly varying temperatures due to your powder. If you live in a mild tempered area and shoot only midday, it isn’t much of an issue. However, if you want to use the same load at competitions in the middle of the summer that you’ll use for the late elk hunt in the high mountains in late November, stability is much more significant.
Next page: As a Matter of Fact, You Should Start Reloading >

Overview As a Matter of Fact, You Should Start Reloading View full article