I recently returned from my annual trip out to WY for archery elk and had a blast. My family owns some property that the elk tend to frequent. With fellowship applications and other responsibilities, I didn't have as much time as I was hoping to shoot my bow this year. I ended up hunting with my brother's Ravin R20 instead.

It was definitely warm, but luckily, the smoke had cleared out of the area so we could actually glass. My brothers and I were able to get into quite a few elk Sunday morning and evening, but didn't encounter any super mature bulls.

Unfortunately, my brothers had to get back to school Monday morning, so I went out by myself. I perched myself about 30 yards from a fence line the elk tend to cross in the morning. Sure enough, once it was light enough to see, I could see elk heading my direction. 4-5 cows and a raghorn came right up to the fence line and jumped across 50 yards from me. I could hear a bull bugling in the distance and it seemed like he was getting louder every few minutes. 10 minutes later, a nice bull pushed another 8-10 cows up to the fence line. All of the elk jumped the fence (except the bull) about 80 yards from me. The bull then began to walk to fence line towards me. 70 yards, 60 yards, 50 yards.... then he turned and trotted off without offering a shot! I sat there for another 30 minutes waiting for him to return, but I didn't see him again.

The elk really like to feed in and hang out around our alfalfa fields, so I decided to see if any elk were still in the area. When I arrived to the field, I could see there were two mature bulls keeping their cows close by. I used the terrain to sneak in and noticed one of the bulls had incredible fronts. There were a lot more cows and spikes in the group than I had originally thought, so I got busted a couple of times sneaking in, but the bulls didn't seem to care. After playing cat and mouse with the herd for about 20 minutes, I found myself in perfect position with the elk crossing the ridge in front of me. I could hear the bull in the back, so I waited for him to step out into the clearing.

I confirmed he was the better bull of the group and when he stepped into the clearing, I let out a soft chirp. He stopped and I sent the bolt his way. He stepped at the shot and unfortunately, I watched the bolt sink right into his hip. My stomach sank immediately - Surprisingly, he only took a few steps and stopped. Blood was pouring everywhere. As I tried to reload the Ravin, I watched him slowly go up and over the ridge.

I took some time to gather my gear and slowly advanced to where he stood at the shot. The blood trail was definitely impressive - I had luckily hit the femoral artery. 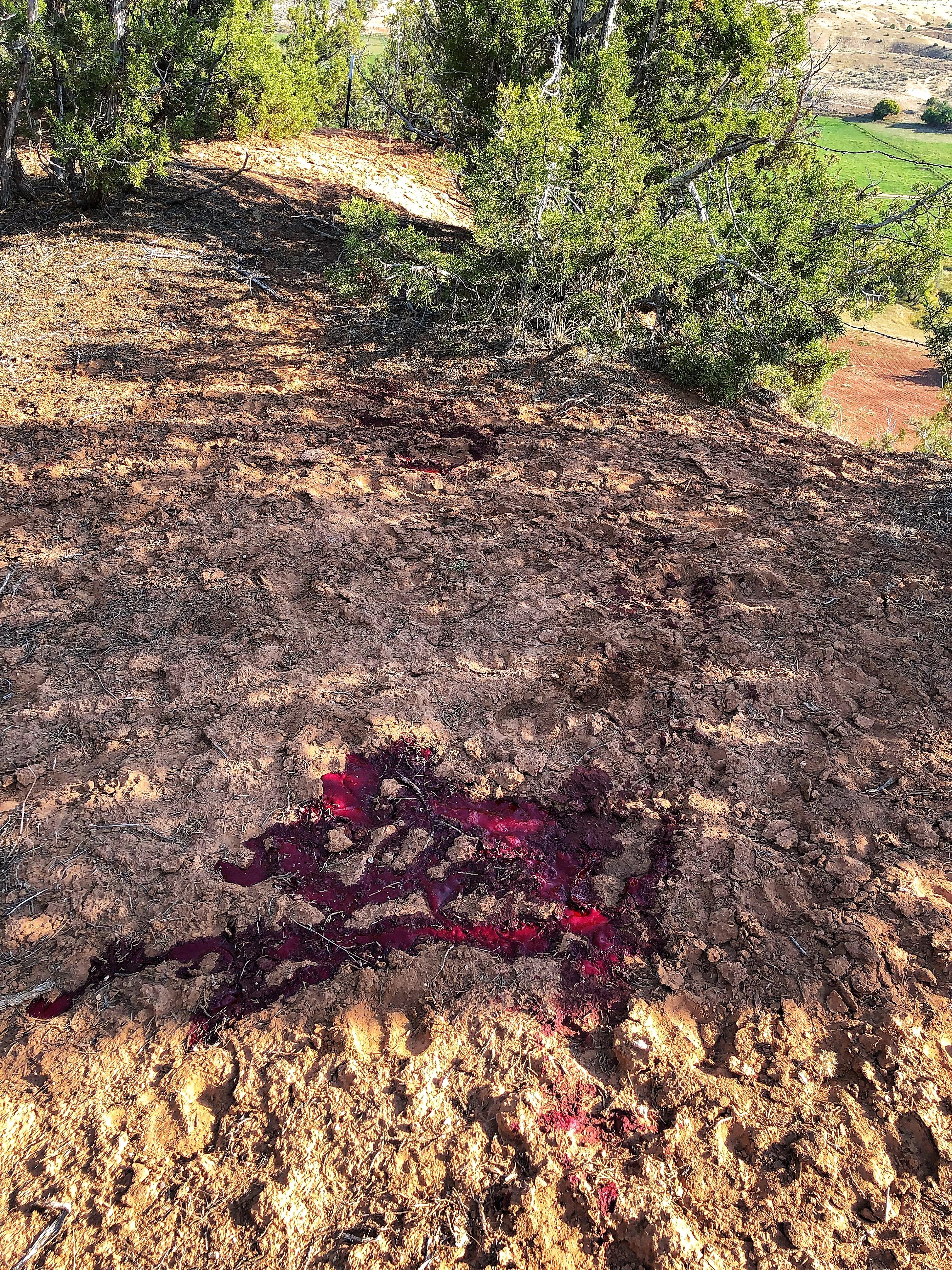 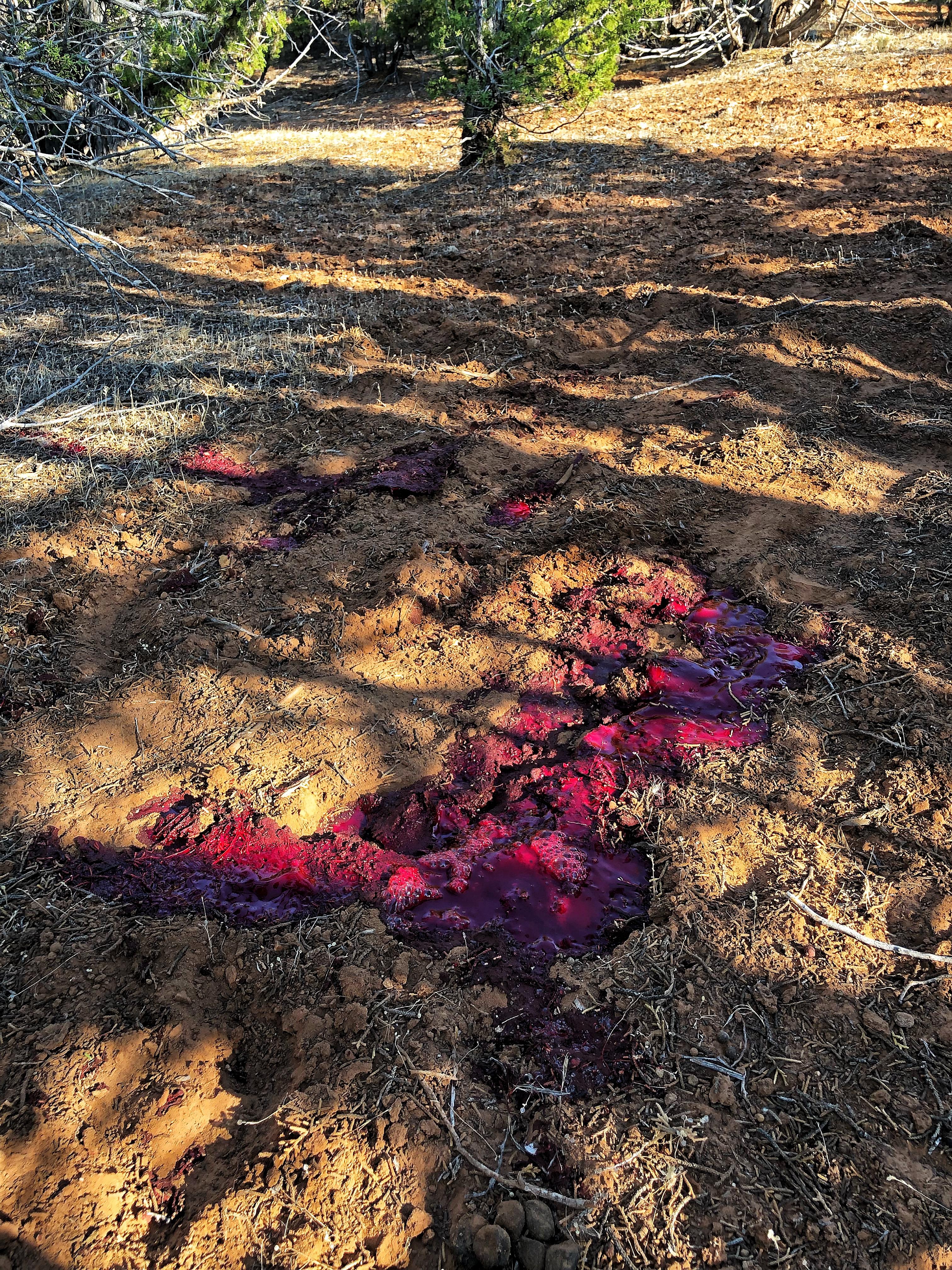 I short while later, I found him piled up in the junipers. It was another hot day, so I snapped a few pics and got to work as fast as I could. It took me a couple of hours to break him down and pack him out myself, but it was well worth it. Can't wait for the jerky and salami heading my way! 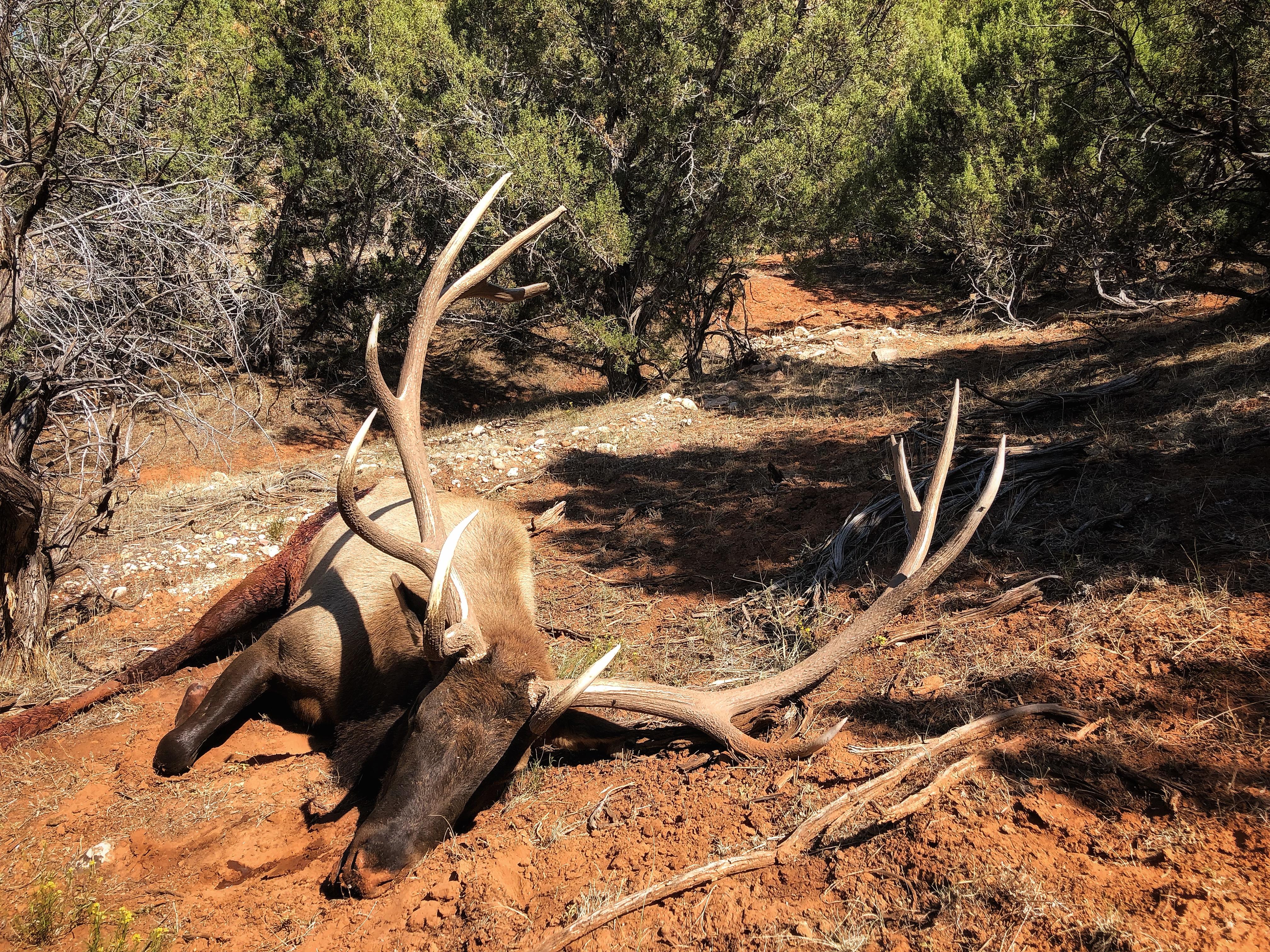 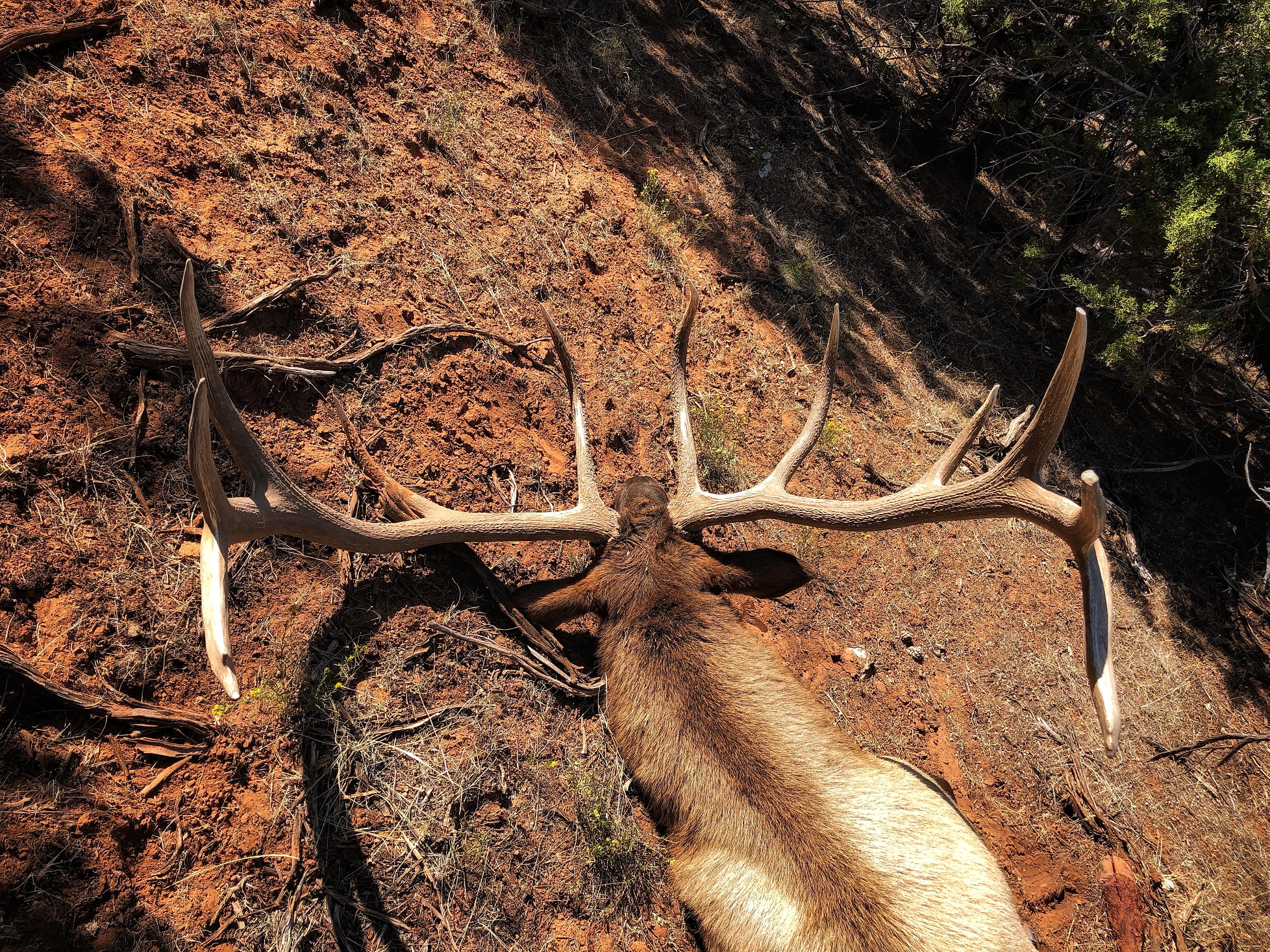 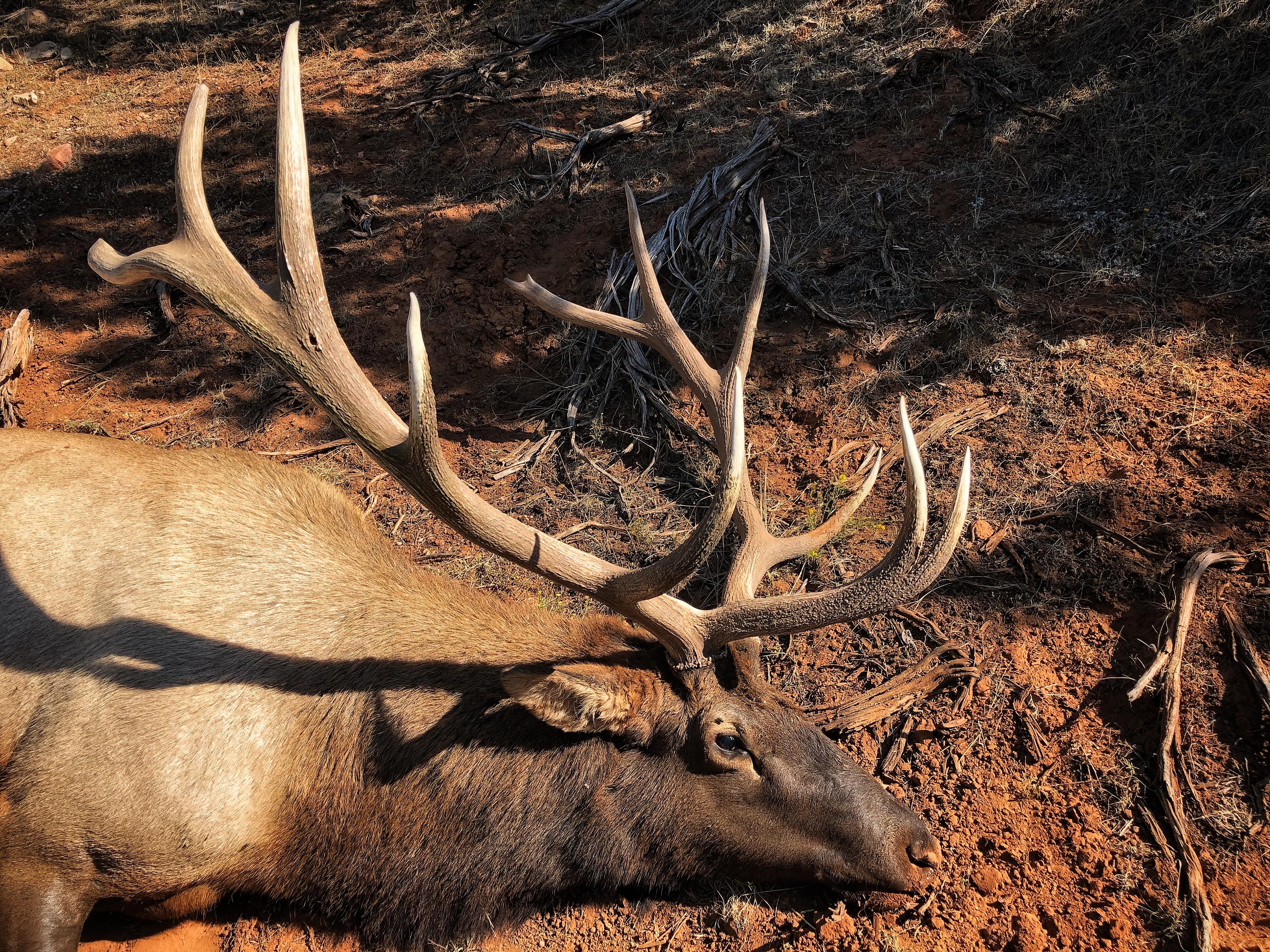 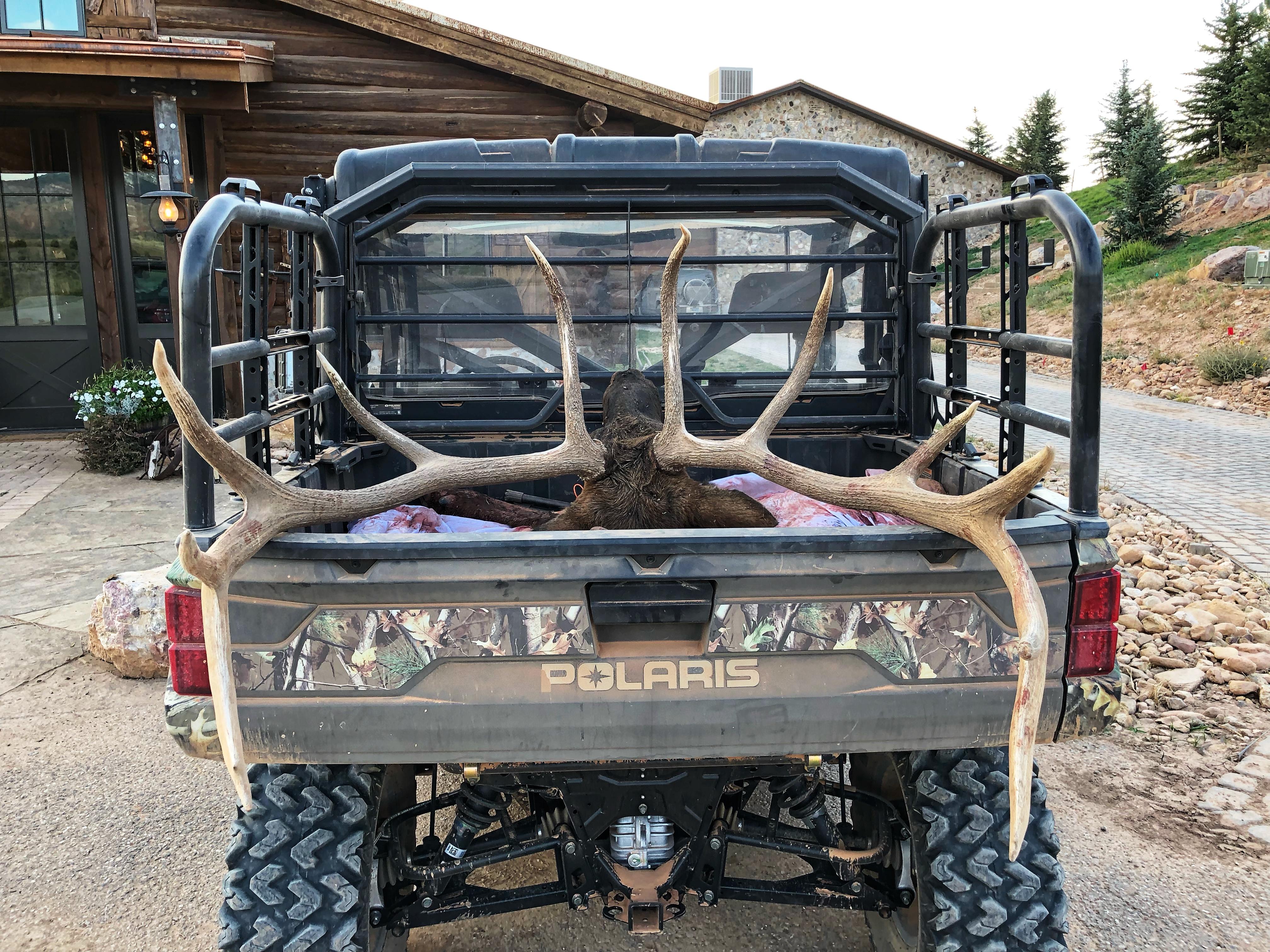 That is a dandy bull. Congrats.
S

I hope to do exactly that one day ,congratulations

Location
The Republic of Texas

I'm headed to NM in late October with dreams of a monster bull.

Congrats on a great bull.

BAKPAKR said:
That rack is W I D E — Congrats!
Click to expand...

Rick Richard said:
That is a dandy bull. Congrats.
Click to expand...

338 dude said:
I hope to do exactly that one day ,congratulations
Click to expand...

Thanks all! I was incredibly lucky and fortunate to recover him.
W

Good luck on your hunt! I’d love to hunt NM some day!
W

Good luck in New Mexico. I have hunted it several times.

Congrats! That’s a bull of a lifetime in my book!
G