I fish offshore in south Louisiana out of Venice and Fourchon. I primarily target Yellowfin Tuna, Red Snapper, AmberJack, Blackfin Tuna, etc. Most trips are overnight offshore trips 130+ miles offshore in my 33ft Center Console. I am not a guide, but am very good at what I do. I have hundreds if not thousands of pictures from fishing trips.

I would love to trade a fishing trip for 4 for a hunting trip for 2 or 3. Depending on the quality of the hunt, I could throw in some bowfishing or an inshore fishing trip. Not dead set on a certain type of hunt, just something different than I'm used to. An Elk, bear, or big white tail hunt would be great. I hunt whitetail now, but have never hunted Elk or bear. My biggest Whitetail is 148", so I would want to be on a property that would have a decent chance of bettering that. My lease in Ms generally produces a couple 130-150" deer every year. Willing to hunt with a rifle, muzzleloader, or bow.

Here are some pics of my fishing trips in the second half of this past year. 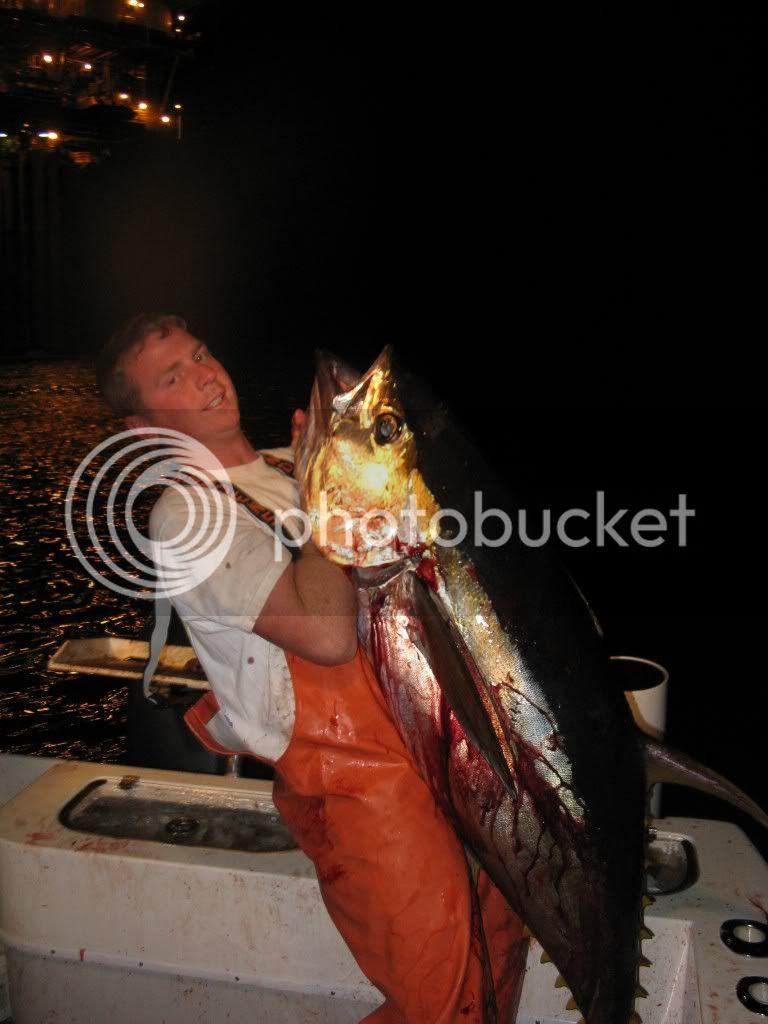 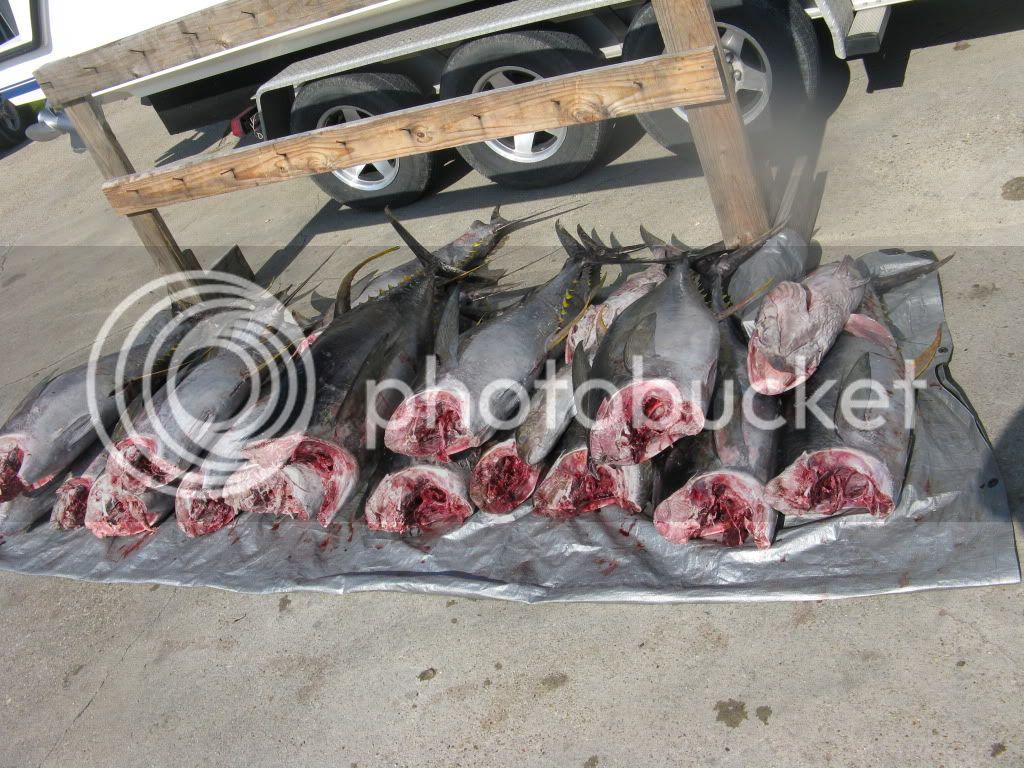 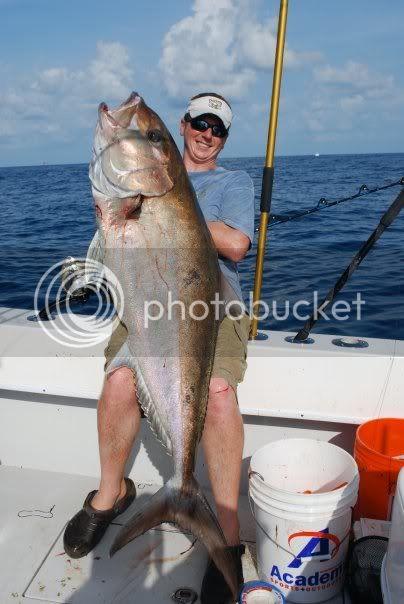 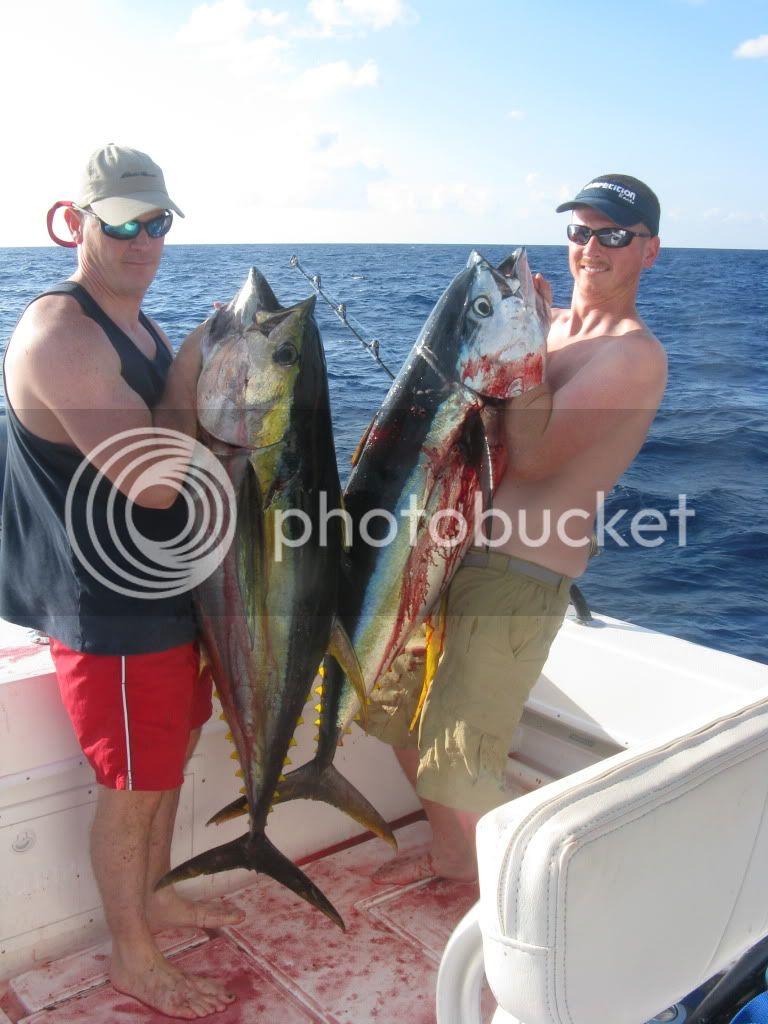 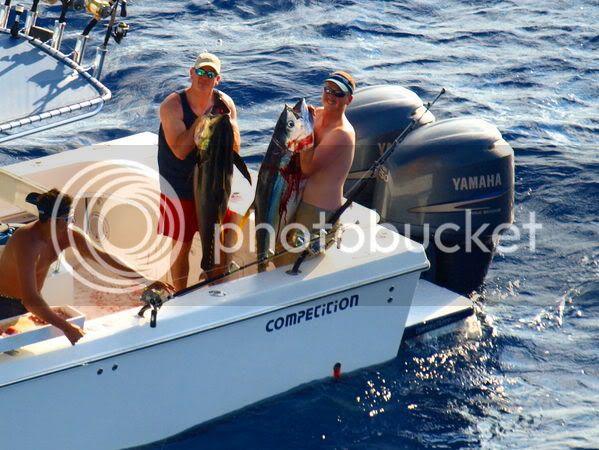 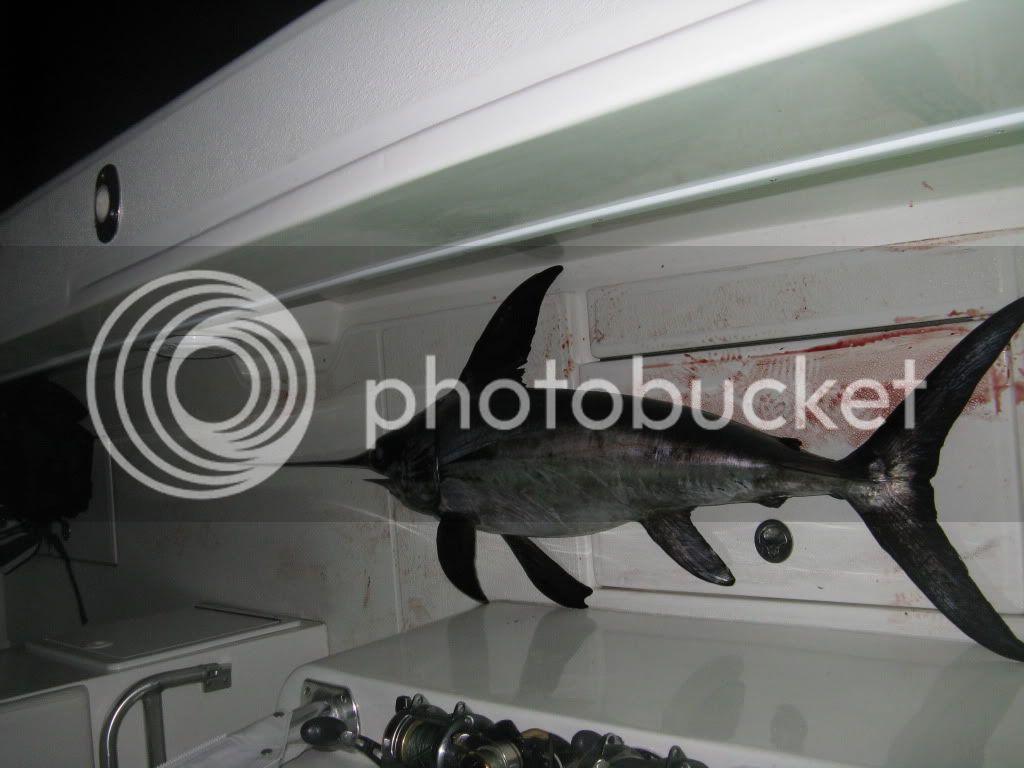 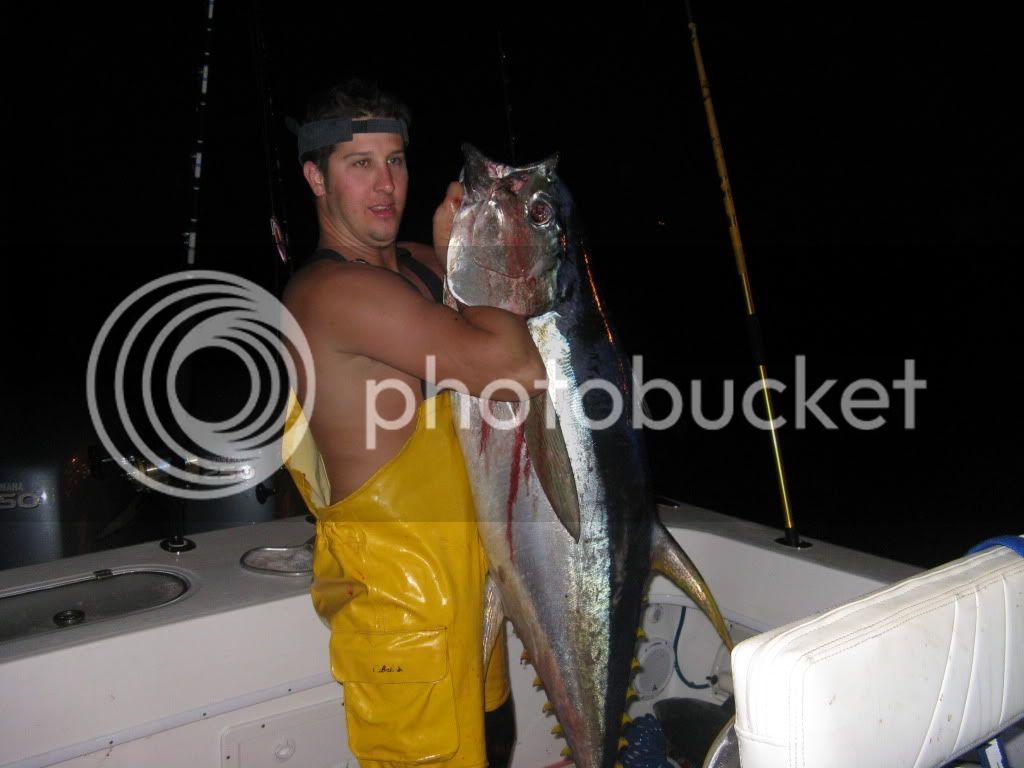 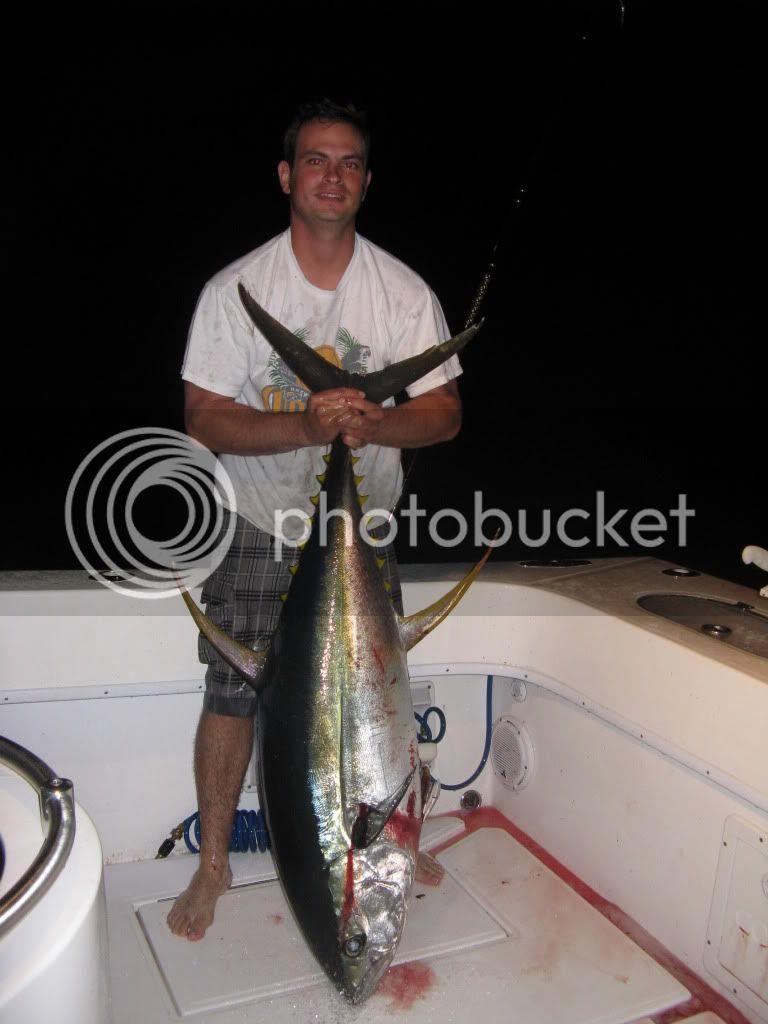 Just a thought if you are not a guide MAYBE you should think about this as if your catching fish like you show in your pictures REALY THINK ABOUT and make some money off this, and hunt the rest of the year.
JUST A THOUGHT
H

Congrats for the great fishing you are doing!!!
The pictures say it all.
Cant offer a hunt like you describe.
But wanted to say congrats, nice fishing.
J

I try to do my part to keep the fish population in check! I'm open to different kinds of hunts. I just want to get on the road and hunt somewhere else. And I can't afford most guided hunts. Plus I would rather more of a DIY type hunt.
L

would you be interested in some hog hunting? the hog hunts would be in south texas and central texas.
J

lrl said:
would you be interested in some hog hunting? the hog hunts would be in south texas and central texas.
Click to expand...


Not sure how interested I would be in that, but shoot me some more info in a PM.

hi jay,
well here in orygun diy hunts are very profitable,theres black bear elk and lotsa dogs and cats.i would get as far away from the big known hunting spots as these now days seem to be getting danerous,i got shot at a few years ago.i head out to places most folks dont consider good hunting and i like it.i get more kills and no ignorant brush shooters.
J

I ended up trading a Don and his son Bridger for a Caribou hunt in Alaska. The fishing trip and caribou hunt were absolutely incredible. I knew I could put them on the fish, but was extremely impressed with the caribou hunt.

I'll start with the fishing trip.

The fishing in South Louisiana is some of the best in the world. The large amount of oil rigs provide an unbelievable habitat for a varity of fish. The only problem was the BP Oil Spill that happened about 6 weeks before our scheduled trip. The oil spill caused massive closures and forced me to change plans just a few days before the trip. We ended up fishing a couple hundred miles further west than usual, but I was confident we would do good.

The son, Bridger, had never caught anything bigger than 15lbs and I told him we could at least get something in the 50-80# range. The plan was some triggerfish, mangrove snapper, Amberjacks, try for a Warsaw Grouper, then run long to the canyon for some Yellowfin Tuna.

There was a pretty good chop when we left the pass from some area thunderstorms, but it turned to dead calm as the day progressed. Started out by catching some triggerfish, and a few mangroves. Constantly releasing monster Red Snapper, because the season was closed. After lunch we got on a bunch of Amberjack to 60 pounds, and they had an absolute blast with them.

We set up for a Warsaw Grouper in the evening, and 16yr old Bridger was on the rod. I knew there was a good chance at a monster, but never expected this. When the fish hit he was ready, and fought the fish like a pro. It hit the scales at 323 pounds, and will be the new #4 in the state. I'll let the pictures show the rest. Needless to say you still can't beat the smile off Bridger's face! After the fish was in the boat we decided to head back in. Bridger and his dad were flat wore out, and had enough. We'll have to save the tuna for next time. 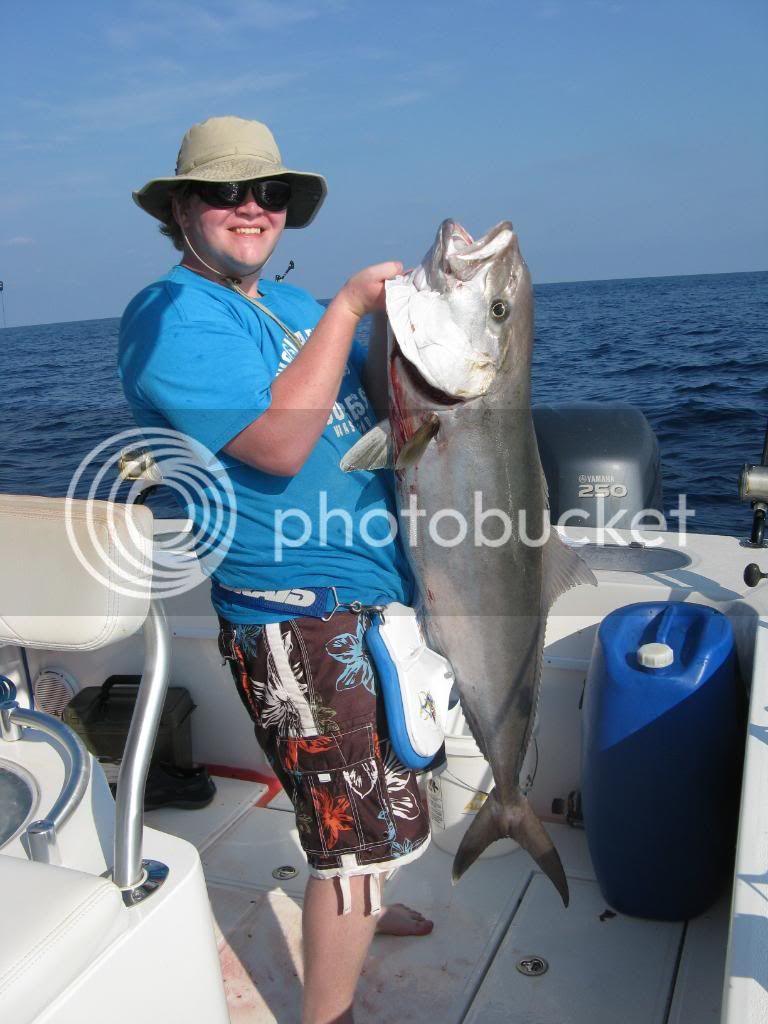 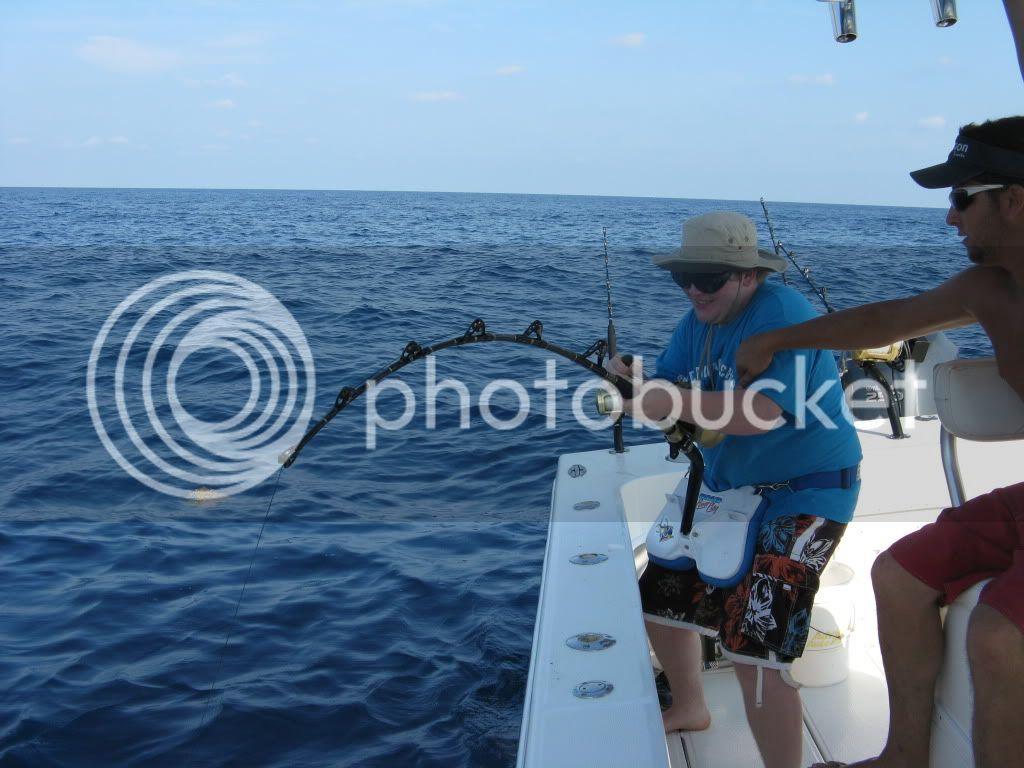 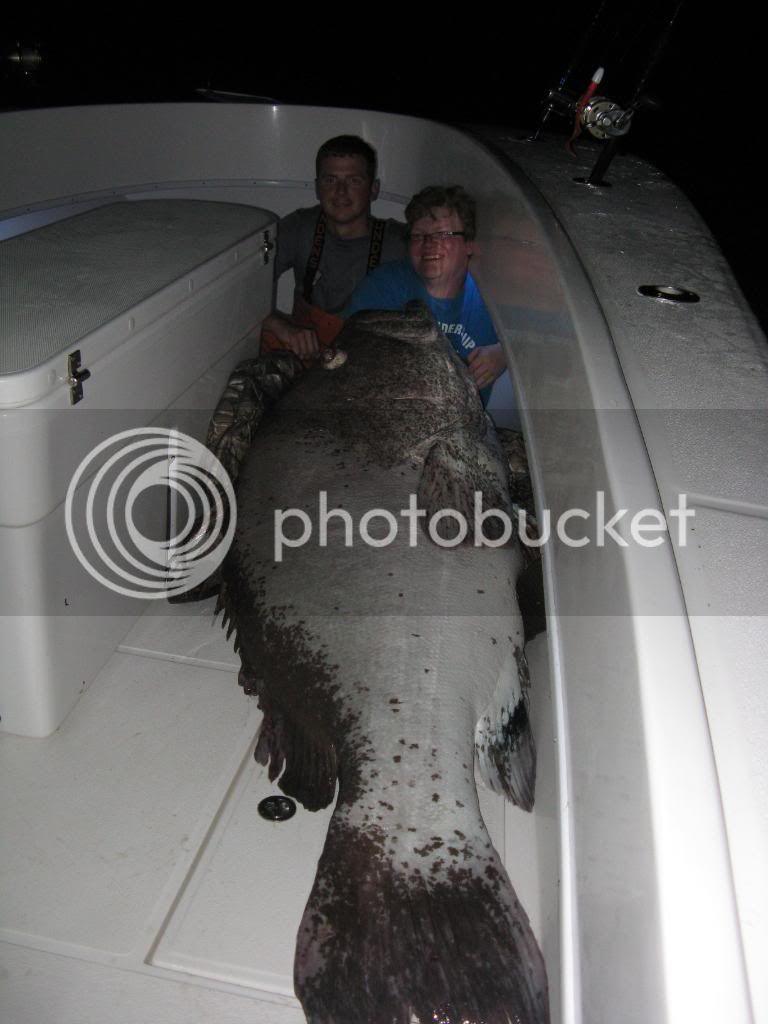 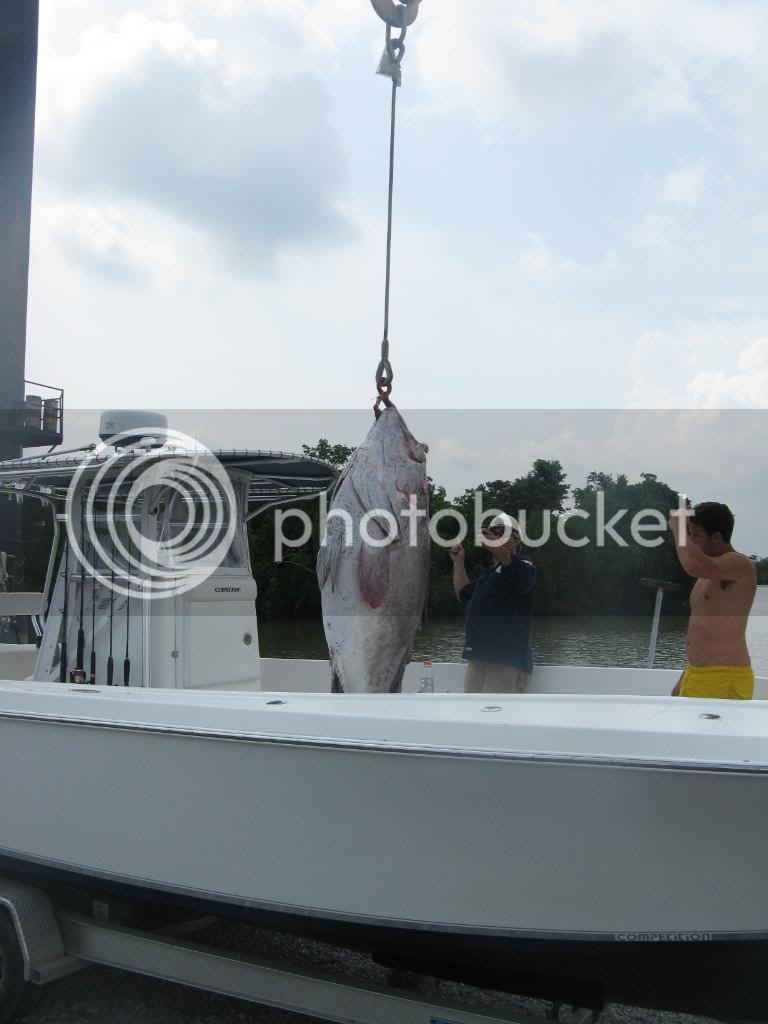 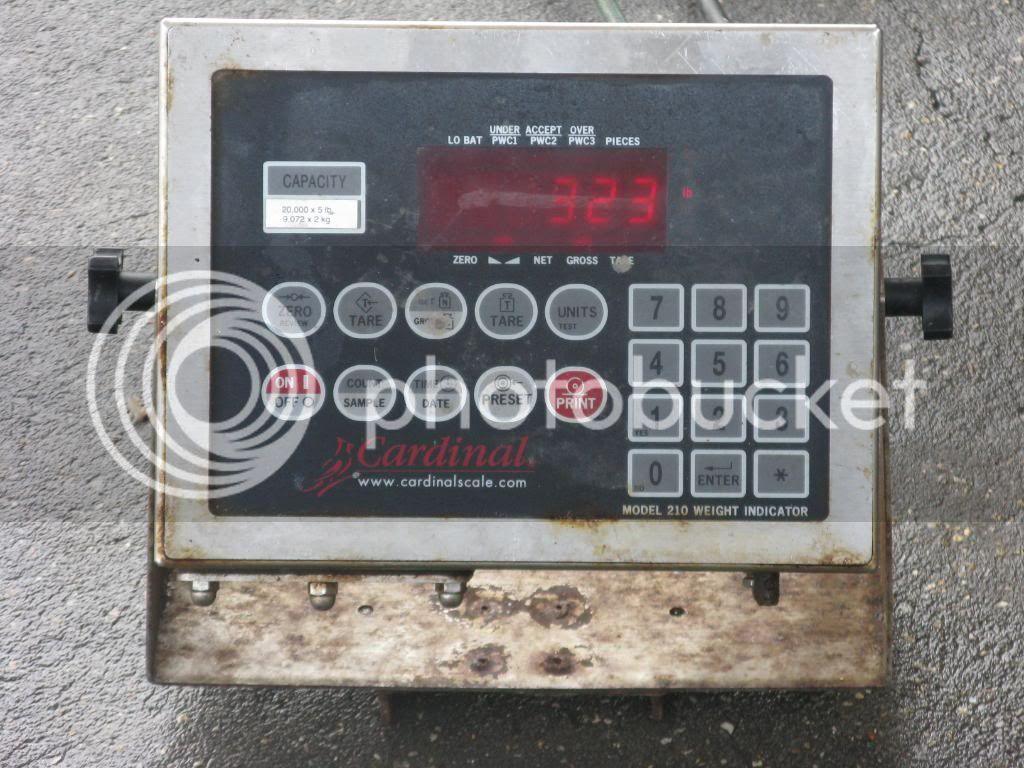 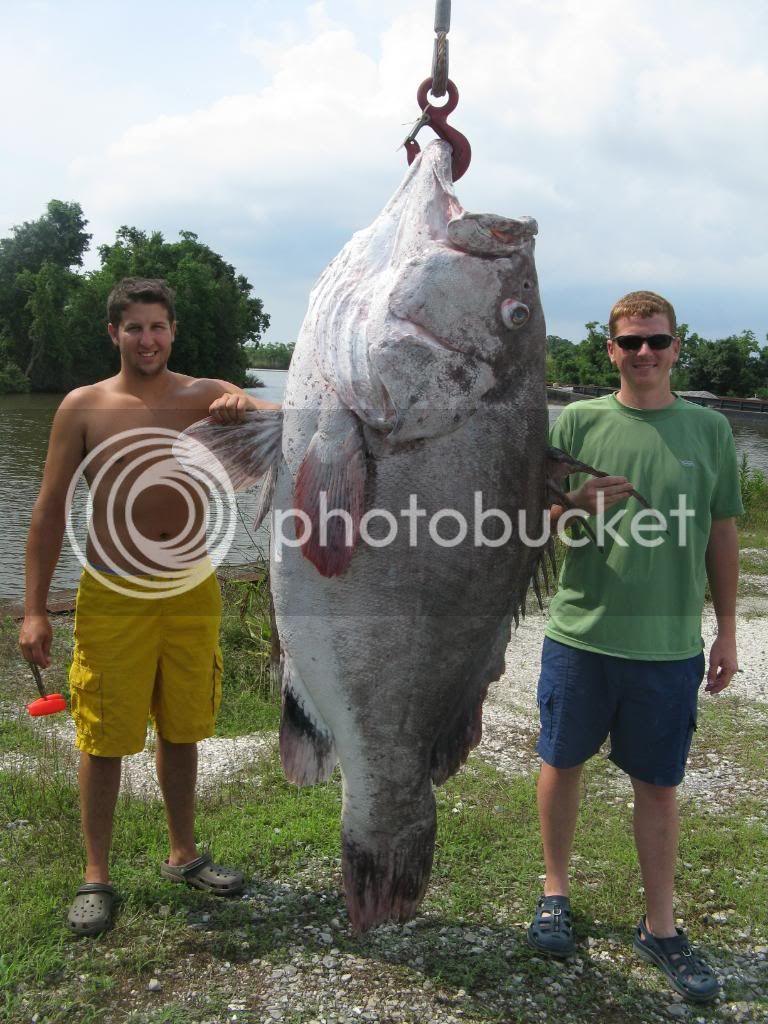 And here's the hunting part:

I just got back from Alaska last week for the Caribou hunt. Me and my Bro-in-law (Craig) met Don and Bridger at the airport, and headed North on the Haul road towards Prudhoe Bay. We were there for 8 days, and Don was confident he could put us on some nice bulls with our bows.

We were greeted with warmer than usual weather, which really slowed the caribou movement. However, Don came through and put us on a couple of REALLY nice bulls. We hunted hard, and it paid off. 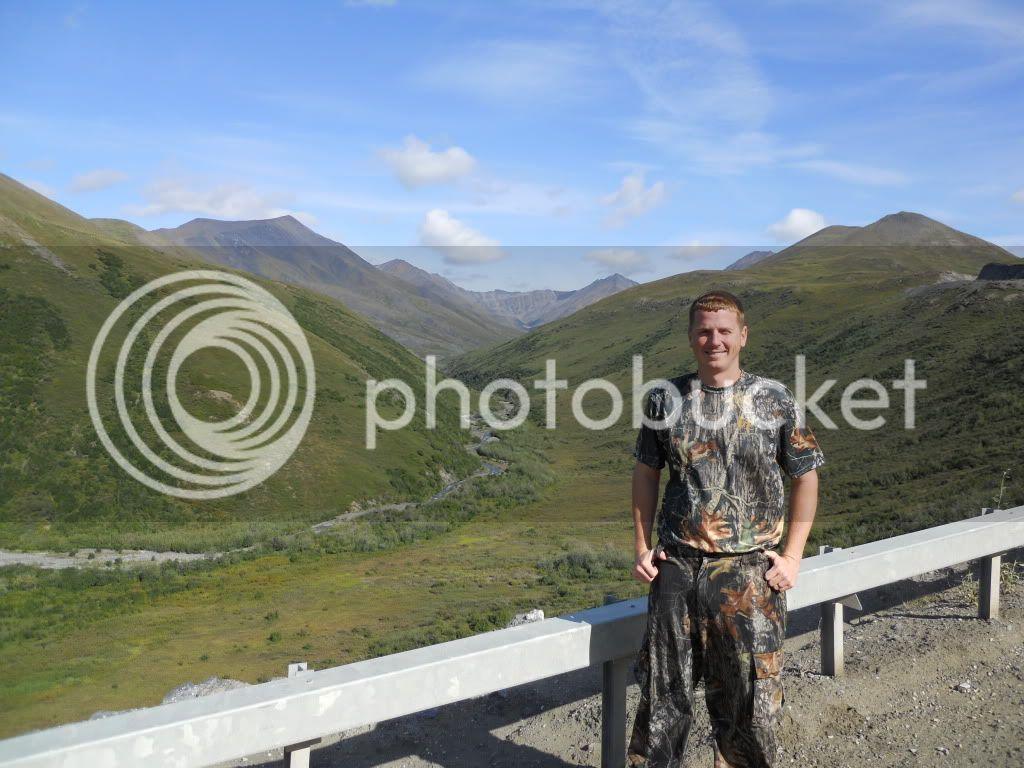 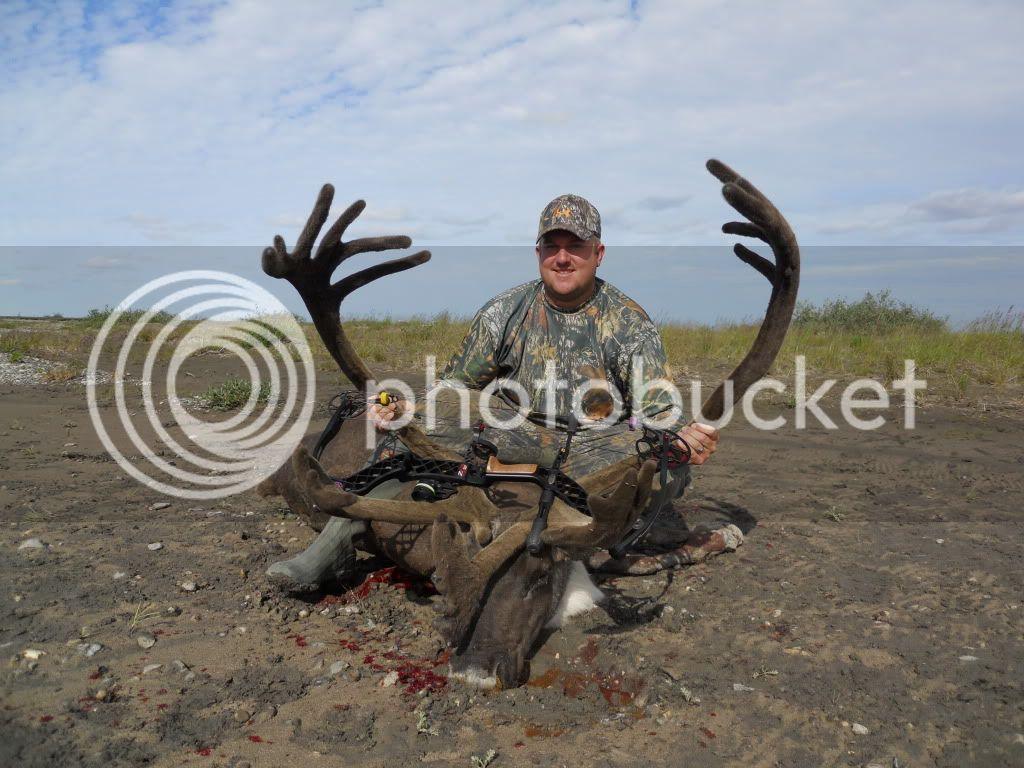 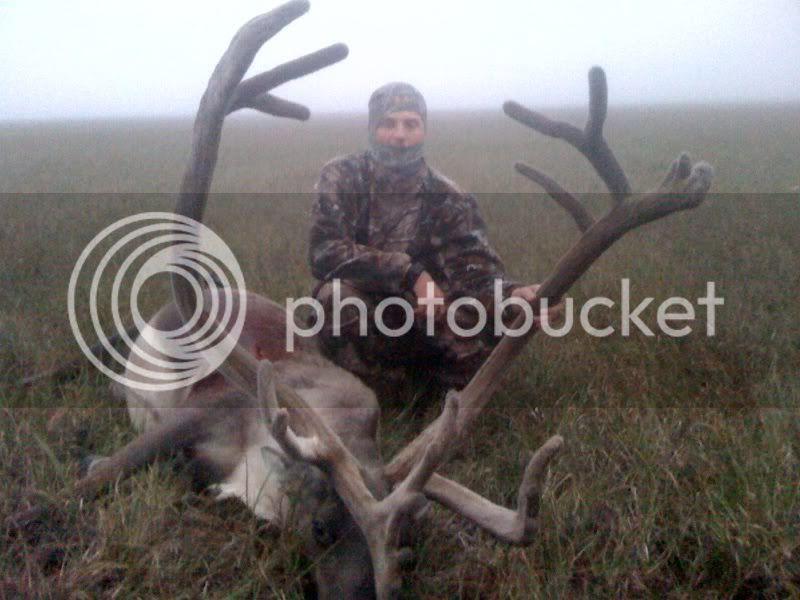 Jay, that is awsome!

Those fish make my catch from Florida this spring look like bait...

Glad everything worked out and you guys had a great trip.
L

Thanks Jay for the hospitality, My son will never forget the fishing trip of a lifetime and I am always indebted to you for giving him that opportunity. You are welcome to hunt here in Wyoming or Alaska with us anytime you want. Here are a few more pictures. Some more of the caribou pictures are on the Alaska hunting forum at the bottom of the forum page. Thanks Again, Don 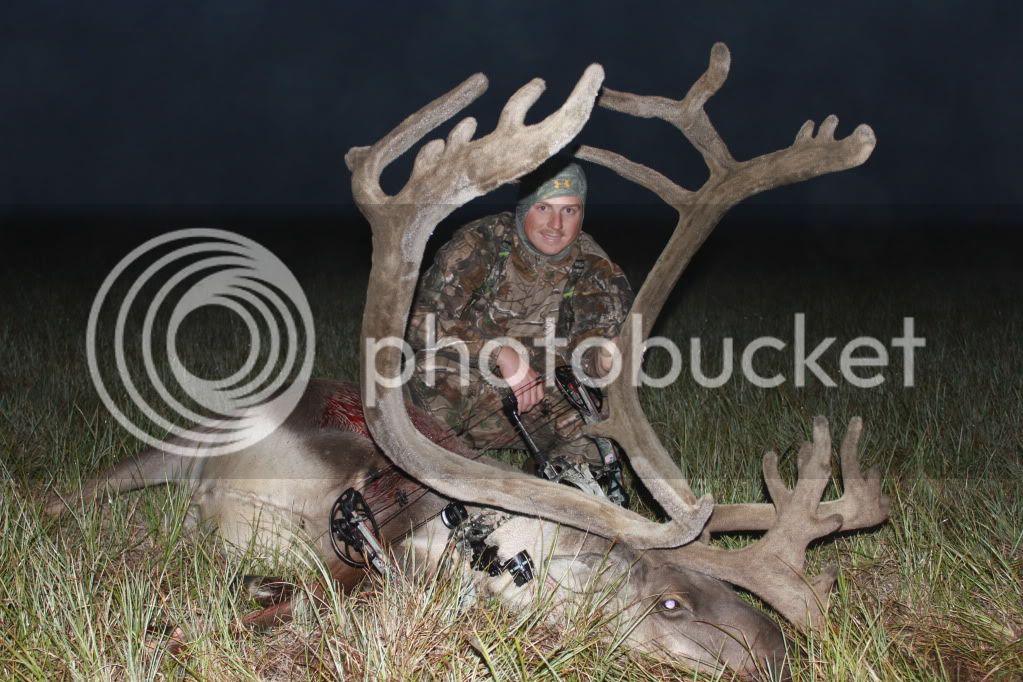 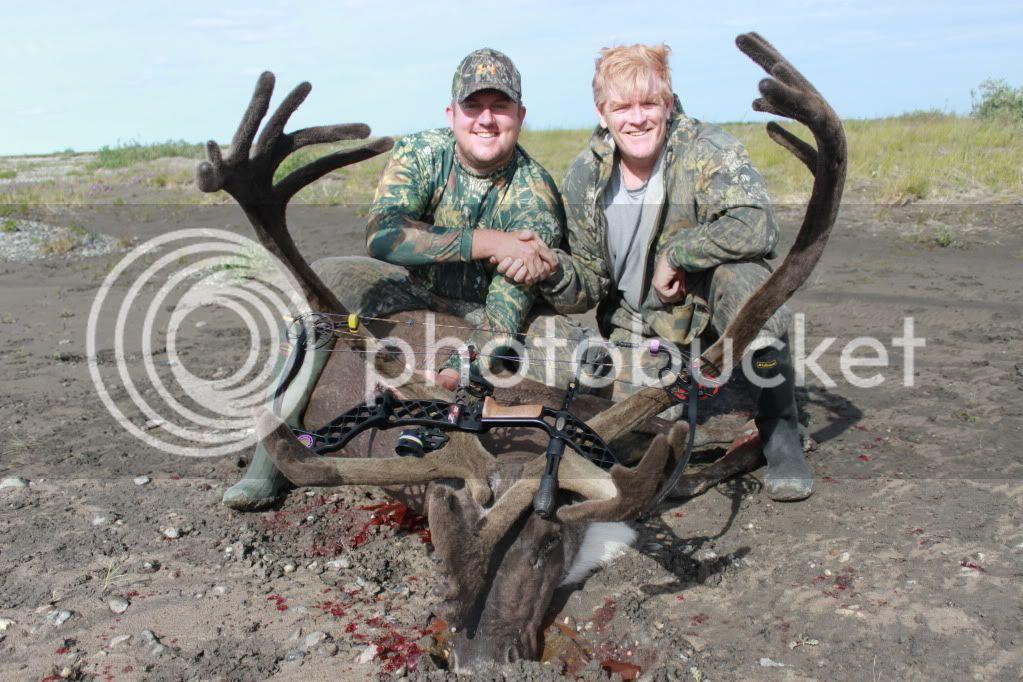 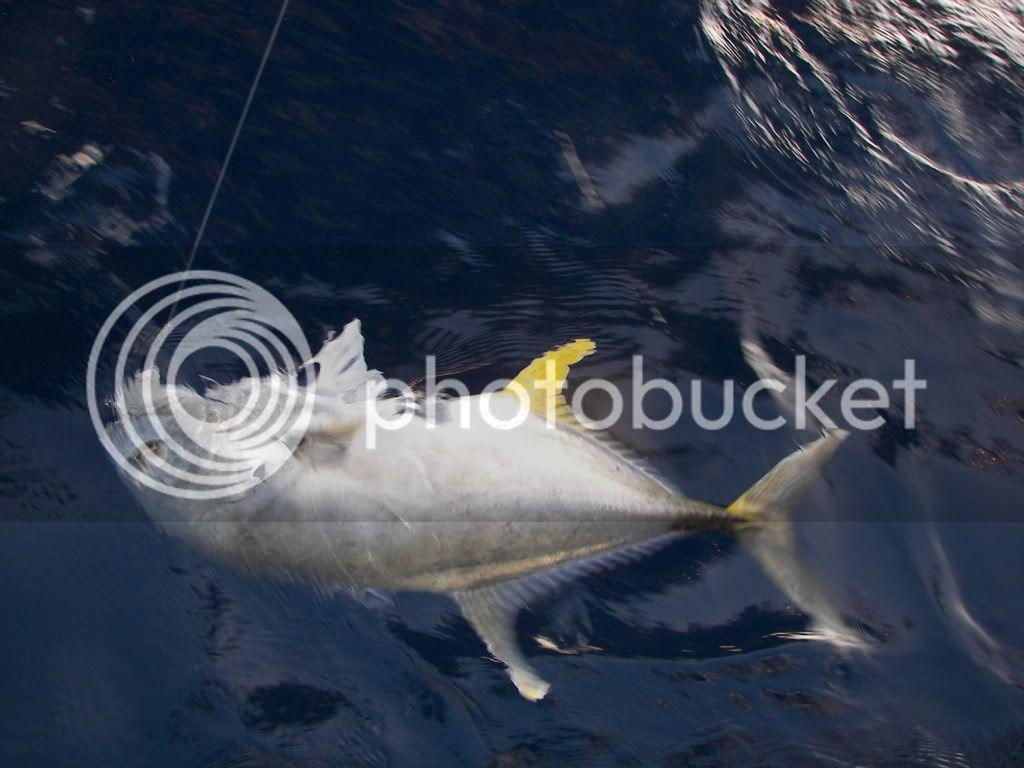 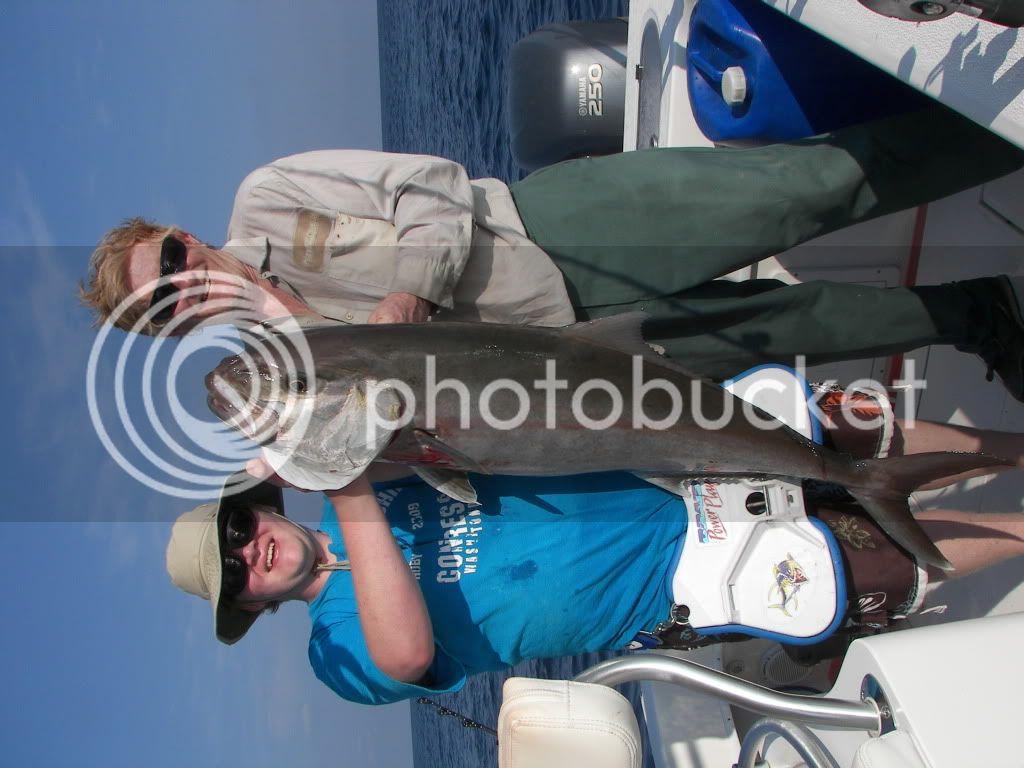 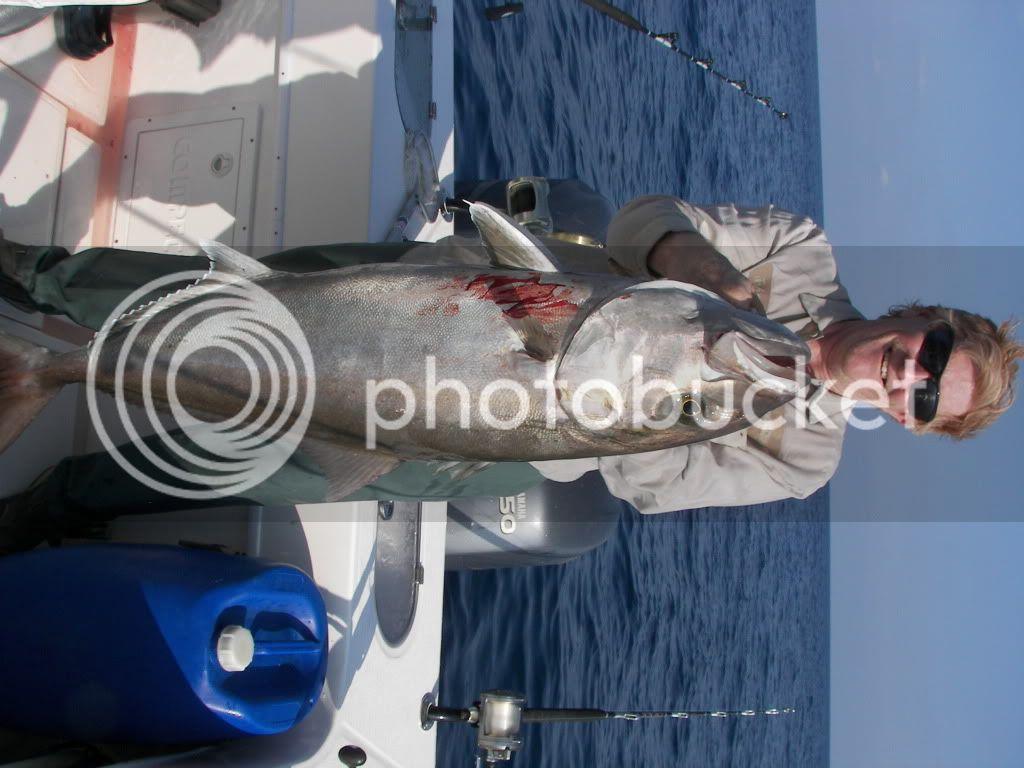 This is a great example of "Community", people treating people to whats great in their areas and giving them memories that will last a life time. Great catches and hunt pictures, doesn't get any better than this.

I whent hunting with Don Lewis also this year and had a hunt of a lifetime. would do it again, here are some pics of my bulls