Which PRC for my lightweight mountain rifle

UplandFreak said:
I pick the right bullets, put in the time to work on my craft, I haven’t lost an animal yet. Maybe it is because I have the self control to pass on shots I don’t feel good about. Run those numbers at 10k feet which is where I hunt a lot of the time. Ft lbs of energy is over rated. 10mm shooting a 180gr has 700ft lbs of energy at the muzzle. I have killed elk with my 10mm, blew threw shoulder bone and into the vitals - crazy stuff right? Are you the guy that claims the 225 eldm is blowing up on elk shoulders at 700 yards? there is a reason I ignored you, now I remember why. I need to stop hitting the show ignored content button. You are seriously one of the most annoying dudes on this forum.
Click to expand...

Guys like you make the rest of us Look bad
P

mohigan said:
That's the kind of feedback I am looking for, When I look at the ballistic tables the 6.5 PRC has plenty of energy.
Click to expand...

Without a doubt!
G

mohigan said:
Hey guys,
I am new to the forum, but I have read through plenty of posts. I am planning on buying a CA Ridgeline, a Leopold VX-5HD 3-15, with Talley lightweight integral rings. I know that is the glass and rifle combo I want to go with. I know I want either the 6.5PRC, or .300PRC for caliber. I know the 6.5PRC will give me a lighter all around rifle. I plan on using the rifle mostly for hunting and some target shooting. I live on the east coast, and have never hunted out west, but I plan on getting out west to hunt semi regularly. I like the idea of a 6.5PRC as an all around mountain gun but what is everyone's experience on Elk? I have seen videos of it being used out to 700+ yards, I wouldn't shoot that far on Elk probably keep it within 500. I also have my 45-70 if I am hunting somewhere and it is all closer range. So my question is do I go with the 6.5PRC or should I bump up to the 300 PRC? I know there are plenty of other tried and true calibers, but I am really interested in the new PRC line.
Click to expand...

Ah, the caliber debate. zzzzz.
I say 6.5 PRC. I shoot something of similar ballistics and it's a joy without a brake. I also shoot a bigger 7mm brother based on the 375 Ruger case (parent of the RCM) and it's recoil without a brake is like a 7 Mag, which is not bad recoil at all.
If you pause at the thought of a 300 Winmag, don't bother with the 300 PRC.
Hunters who've been at it for decades are some of the best teachers if you're patient enough to listen and watch. Of the dozen or so I've spent time with, the majority were 270 and 30-06 shooters. One was a 300 RUM, one a 6.5x284. Every one, to the man, said shot placement was everything.

Tommy T said:
i have talk to some people about there PRC and they said they have had to replace the barrel after 80 or 90 rounds thru them
Click to expand...

What was their barrel made of, aluminum? I shoot a 7 LRM through a McGowen barrel. I'm 400 rounds into it and expect another thousand. After cleaning, I cannot see any wear.

middleofnowhere said:
The Ridgeline long action is “barrel heavy” when carrying in hand by the action. I believe the short action with the shorter barrel will balance at the natural hand carry spot.
Click to expand...

Excellent point. The point to a mountain rifle is balance and accuracy in a light package. If you're going to be stalking in the mountains, you *will* feel every pound after half a day. Also, in brushy, rugged terrain, longer barrels and front heavy rifles are a PITA, IMO.
Spend a day carrying a forward heavy rifle, then a well balanced rifle. You'll never go back.

Chase Roberts said:
Look at seekins precision 6.5 prc in Havak Element. It’s a winner for sure!
Click to expand...

so I have looked at the Havak element but the 22" barrel turned me away. I think there will be to much velocity loss.

mohigan said:
so I have looked at the Havak element but the 22" barrel turned me away. I think there will be to much velocity loss.
Click to expand...

Did you run any factory loads through it? or all hand loads?

mohigan said:
Did you run any factory loads through it? or all hand loads?
Click to expand... 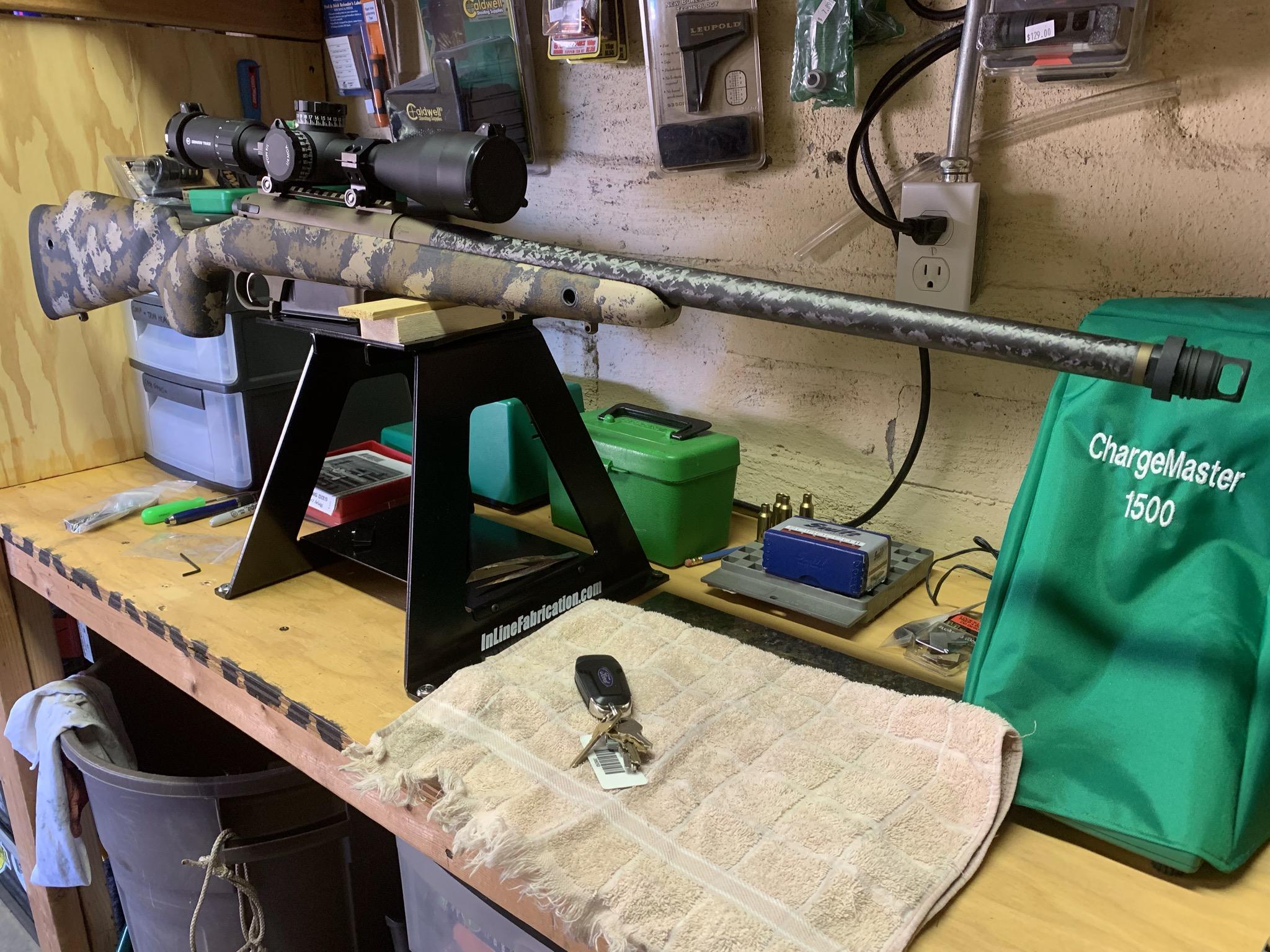 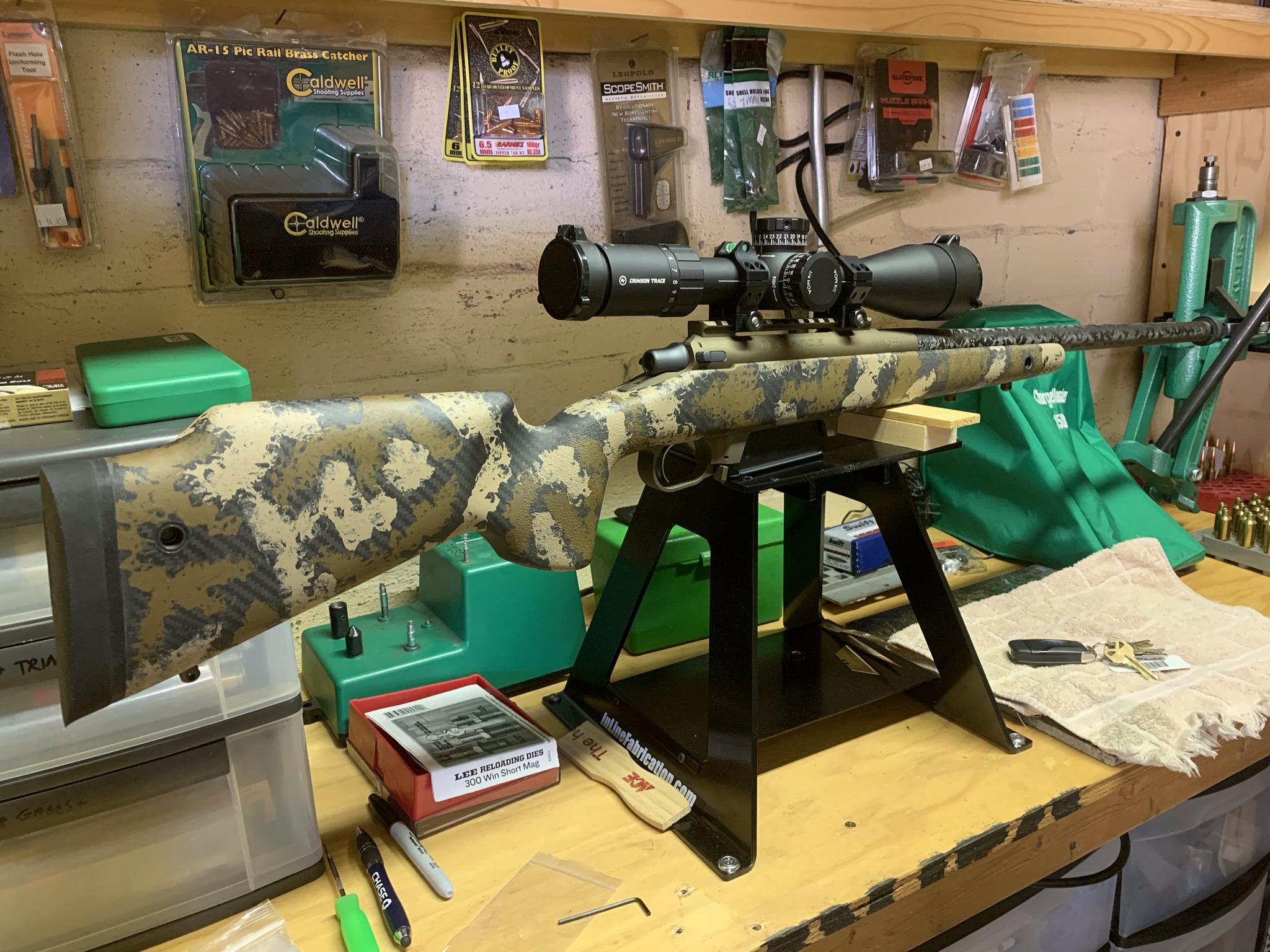 Very nice build. What's the weight of that stock and what's your rifle weight as shown?

Theringworm said:
Very nice build. What's the weight of that stock and what's your rifle weight as shown?
Click to expand...

Thank you. The stock weighs about 25 ounces but that can vary slightly depending on what it’s inletted for. The rifle weighs as pictured at about 8.20 lbs. That could be reduced significantly with a lighter weight scope. The scope weighs 29 ounces.

The 6.5 PRC is good for bull elk at 600 yards. Beyond that range it is good for deer at 800 yards and antelope out to 1,000 yards in terms of ft. lbs. of energy using, for example, 143 gr. Hornady ELD-X Precision Hunter ammo as the lowest weight bullet for all those big game animals.
Remember, Swedes have been successfully taking European moose with the lower powered 6.5 x 55 Swede for over 100 years.