Whats Todays Thoughts On The 284?

I wonder if there is still much interest in the 284 beyond the wildcat offspring its produced. I remember when it appeared back in 1963, a winchester creation for model 88 and 100 rifles. Quickly picked up by savage as well in the model 99. A hunter at the camp I hunted in back in the real untouched, uncut forest's of 60's Maine showed up with a 88 in 284 (was the talk of the camp). So now 57 years later it continues to survive thru the 22-24-and 6.5 wildcats as well as a handful of dedicated 7mm lovers.

I'm now prepared to build one after all this time. I know the short mags are the current thing in short actions, heck I owned one. But that rebated rim was the original fatty of its day and the concept was radical for its time. Building it in a long range savage varmint gun format far as barrel size (varmint contour) and length (26") as well as stock goes. Quality Brass and great bullets available, along with a cool history I know that these days everyone is more jaded in their builds, with velocity and powder capacity ruling their decisions. Are there many 284 shooter's still out there?

284 still is a great round. In a long action it's even better. The bullet selection and powder selection we have now makes it shine. Brass selection is some what limited.

I think it has to be on a long action as ypu mentioned and you can push the 160gr and 162gr bullets close to 2,800 fps. Its a nice classic carridge

Liberator said:
284 still is a great round. In a long action it's even better. The bullet selection and powder selection we have now makes it shine. Brass selection is some what limited.
Click to expand...

Well if I was building a long action gun the 280AI would be the caliber of choice. The 284 seemed like the best cartridge for the short action I'm doing. The magazine is modified and it will feed and handle 2.950 no problem, I intend to use 131 Hammers-140gr accubonds hopefully over 3000fps. I was looking at the Peterson select match brass but Lapua is just a 28 caliber mandrel poke away. Don't know but its about a fun build that will be spunky in a short action. Course I can single load any length I care to, its only feeding that will keep it to 2.950. Also when I post finished pic's it will not look like a gun you would carry far in the woods (got a 7mm-08 for that) Thanks for the reply you are right about powder and bullets, long way from '63
Last edited: Thursday at 1:49 PM
A

It's the 131gr hammer and 140gr accubonds I'm looking at. Depends on distance to lands but should have plenty of powder room and room to feed from magazine. Smith tells me he can massage it more if need be, its an older blind stagger feed magazine, he also suggested single shot with a follower if I go to heavy long bullets. I know its strange, but I don't want to run heavy bullets I prefer velocity and less felt recoil in shooting from the bench. I intend to try four powders RL15 - IMR4064 - H4831SC - H4350.

I have a lot of experience with the .284 with a long throat. It’s built on a Remington 700 long action with a 26” barrel. I shoot 175gr Berger Elite Hunters at 2850fps with no pressure signs using Peterson brass and RL23. The .284 is an excellent cartridge. I chose it to replace my .270 barrel and wanted to keep my standard bolt face. I looked into the .280 Ackley but the .284 has more brass options and better brass options to boot. It’s also ballistically very similar to the .280 Ackley. The .284 and .284 wildcats are extremely popular in F-Class competition, so brass is here to stay. I’m glad it has been brought back to light because it’s an excellent cartridge. I have yet to test 160-162gr bullets, but 2900-2950FPS shouldn’t be an issue with RL23 and a 26” barrel.
C

the 284 is often overlooked and it shouldn't weather in long or short action. I have a savage 116 with a 25 inch 1-9 brux sitting in a McMillan A-3 and an old monarch 5-20 on top. it has turned into my go to gun with 162 ELDM and RL-16 at a comfortable 2850. if you use a short action and neck up the lapua brass you will have to deal with the doughnut issue because of the thick shoulder brass. not a problem just have to deal with it. I only played very little with the 140 accubonds but 3000 fps wont be a problem. built one it wont be a mistake

Have had at least one and as many as three 284s since 1985. My first rifle was a SA Ruger tang safety that got rebarreled with a shortened and rechambered 7 Rem mag takeoff. That began my long history with this cartridge.
I have taken many elk, coues wt, mule deer and javelina not to mention jackrabbits and coyotes with this rifle which I still own.

There is another bullet that you might consider, the 120 gr Nosler Ballistic tip. I have a load for it with my most recent rifle: My load with this bullet:120 nosler bt 58 gr of RL-17 3494 fps your results my vary.

If you take the time to read about it this is one tough bullet. Steve Timm had mentioned this bullet a few times on 24 hr campfire. I saved one of his posts;

"
The 120Ballistic is one heck of a tough bullet. I've killed bull moose, a good number of mature bull elk, big-honking Northern Alberta whitetail & mules and quite a few American pronghorn with the 120. Maybe thirty++ kills in all and though the 7-08 Ackley (7SGLC) and my .270 Ackley Improved

Every single one of my 120 Ballistic kills have been one-shot kills. The only 120s I've ever recovered were from two very-mature 6X6 bull elk … one at 375-ish in the vertical spine and one dead-center through the shoulders at 450-ish.

The two recovered bullets are around here somewhere in this mess. If memory serves, the bullets opened to .750"-.800" and both expanded bullets weighed about 100-grains.

I've told the story multiple times, in this forum, about how the 120Ballistic came to be. So I won't bore you.

Trust me, the 120Ballistic is all the 7mm bullet I've used for many, many years and it's always proved to be all the danged bullet I'll ever need … or use."

Finally Norma now makes 284 win brass. Shiraz Balolia a F class shooter and owner of Grizzly Industrial had Norma make some a while back with some extremely high tolerances. While Bullets.com no longer exists the brass is available. I just looked it up and Midway has some for 84/99/100 If I didn't own hundreds of pieces of the old 284 win brass I would be using it. 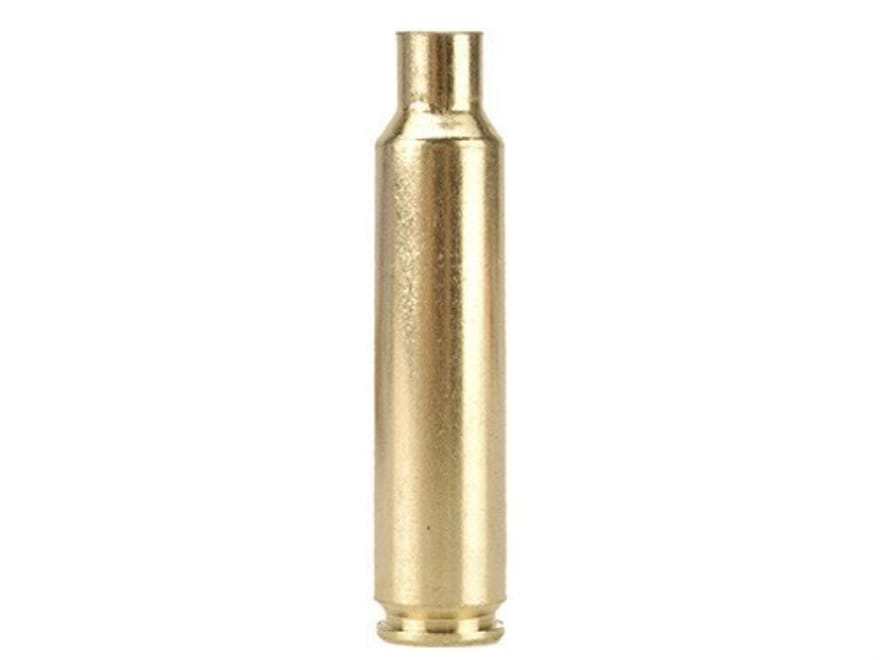 Article on the brass:

At SHOT Show 2015 Bullets.com President Shiraz Balolia signed a contract with Norma to produce a large quantity of ultra-high-quality .284 Winchester and 6mm Dasher brass. The .284 Win brass is now in the USA and it is very good indeed. Now .284 Win and .284 Shehane shooters have a true premium...

Had a model 100 back in the day. Recently build one for myself and another lightweight sheep rifle for a friend. Always liked the 284 and I'm getting a few converts these days. 140 accubonds presently my bullet of choice but will be trying Hammers soon.

Thank you for all the good info Steve, can1010, and Jud, didn't know about the norma brass and did know the lapua neck-up was going to cause additional work to deal with. The 120gr ballistic tip seems to be more than I would have expected, had some early problems with 7mm 140gr ballistic tips coming apart literally on shoulder shots on big northern whitetail, soured me on BT's. Things have changed it seems. Will get the norma brass as well as peterson select, can try both at start of load work-up's. Sounds like RL17 instead of RL15, another powder to try will have to get some. I think I will have a lot of fun with this gun, should shoot well and exceed my expectations on velocity. Thanks again to all who have posted, To tell you the truth I expected a few replies and then it would quickly fade away. The old cartridge still has a base of shooters no doubt. Dave

mountainman56 said:
Had a model 100 back in the day. Recently build one for myself and another lightweight sheep rifle for a friend. Always liked the 284 and I'm getting a few converts these days. 140 accubonds presently my bullet of choice but will be trying Hammers soon.
Click to expand...

Man after my own heart, like the 140gr accubonds in my 7mm-08, it's one tough bullet. Know they will work in the 284 before I try them. Model 100 huh? Like I said in opening post that hunter walking in camp with an 88 win. in that new fangled caliber set all the regulars back. They looked at it like it was a ray gun , course they all had 99 savages in 300 savage and that hot new number the 308 Me I was a quiet 15 year old toting a winchester pre 64 who was in awe of this new rig and being allowed to hunt with the group. Hearing language and talk I hadn't been exposed to at this point and being mentored by what I would later realize were some of the best buck hunter's I'd ever know. Dave

I also had bad luck with the early Ballistic Tips. I will have to try the newer ones. I'm also trying Winchester Staball 6.5 powder. Accurate but my chrono. is down for the count now and don't know velocity.
You must log in or register to reply here.
Share:
Reddit Pinterest Tumblr WhatsApp Email Link