What do these groups mean???

Just wondering if anyone can tell me if these groups mean anything in particular about my gun, my loads, etc. I’ve had all three of these come out of my 338 Edge which I’ve been struggling with. 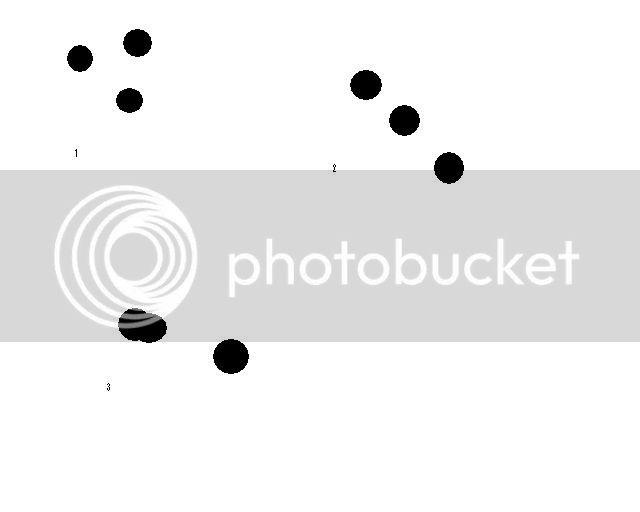 Well If I was shooting a provin gun and load I would say it's your trigger pull and breathing not knowing anything else about the situation.

Just wondering if my loads are the problem This gun is not shooting well and after 150 rounds is still a copper mine...

I would say, go back to group #1 and move it in and out (probably in since jammed gives you two close and a flier) in .003 to .005 increments until you find the best group and then adjust your load up and down in .3 to .5 grain increments and some where in there you should find THE load.
Dave
J

Let some one else shoot the rifle for groups
T

just kidding , 2-3 could be a loose swivel on your bipod or just trigger control maybe even flinching? get someone to watch you as you shoot and watch for trigger snatching or flinching ?

try shooting groups with another proven rifle , this will eliminate the squisy bit behind the rifle ?
S

ICANHITHIMMAN said:
Let some one else shoot the rifle for groups
Click to expand...

That's funny! We've got a friend that we call "OUR CONTROL GROUP", when we get stumped we make him shoot for us. He usually proves there is NOTHING wrong with the rifle or the load.

I agree with Jinx Shoot more shots, 5 is good 10 is better. Gives you a good pattern 3 shots don't give you enough info!!

First off, load development with the 300 gr SMK is often not best done at 100 yards. Some rifles will shoot very tight 100 yard groups, most will shoot better moa groups at longer range.

Plus, at longer ranges, you will be able to read the groups much better. If you have access to 500 yards, shoot at that range, of only 300 yards, do what you can. The longer the range the better but conditions need to be good the farther out you shoot or your just adding more variables to the equation.

Personally 500 yards on paper is where I would recommend.

Next, with all due respect, I would never shoot 10 shot strings with a rifle in this class. Main reason is simply because bore temps will get to high after 3 or 4 firings. From shot 5 to 10 you will be doing serious damage to your throat. Some will say they let the barrel cool between shots, in that case its not really shooting 10 shot strings, its simply shooting 10, 1 shot groups. In that case, no problem but you will chew up most of a day doing much load development this way.

Set up at 500 yards, shoot 3 to 5 three shot groups with each load. Plot point of impact for each group compared to point of aim, measure group size and observe group shape. This will tell you much more about each load.

In all honesty, and I apologize if this sounds overly simplistic, load up 50 rounds with load #1, get off paper and go out and work on your field shooting by taking one shot out of a cold barrel at targets of opportunity just like in a big game hunting situation.

I tell my customers to get off paper as soon as they can. Shooting on paper alot tends to lead to a condition I refer to as tinkeritis which is simply the believe that the grass is always greener with another load or there is some magical load that will get you that mystical 1 hole group at 100 yards. perhaps but with a rifle in this class, likely not.

I would bet that if you had an accurate drop chart matched to your #1 load, you could set up from 0 to 1000 yards and put first shot within 1/2 moa of point of aim out to that range limit easily.

paper groups at 100 yards is for all intent and purpose meaningless to the long range shooter other then setting up the rifle for its zero. A 338 Edge is designed for one purpose, hammering big game at long range, not 100 yard paper punching and again, the 300 gr SMK will generally shoot tighter moa groups at longer ranges then at 100 yards.